TRENDING
Go to DASHBOARD > Appearance > Menus to set up the menu.
Navigate
7264

The music industry today is not the same as previous generations. Artists are discovered fast. Fan bases develop early and grow internationally at the same rate a town would’ve once learned of a band playing in a garage down the street. Social media and the unfathomable number of music blogs have made the competition fierce for acclaim and success, but also allows the strongest to survive and proposer at a quickened pace. The productions Montreal native Kevin Celestin, aka Kaytranada, has been consistently pushing out over Soundcloud, Official.fm, Twitter, Tumblr and Bandcamp has led to hype and recognition from a string of impressive names including Lunice (of TNGHT) and Donald Glover. Although gaining success in Montreal, including performing at Osheaga last summer, Kaytranada is now on the way to international success thanks to his wealth of music knowledge and innovation.

Scrolling through Kaytranada’s songs is like choosing one treasure in the Cave of Wonders. The various genres, remixes and artists involved leave one not knowing what to love more: the slick disco of “Hot Ass Night” or the dirty trap-rave of the increasingly popular “Holy Hole Inna Donut.”  The deeper you go through his archive of songs the clearer it becomes this is a man who knows what he wants and is going to succeed. Kaytranada is ready to change and evolve with music, as he continues to since the beginning, releasing tracks on Official.fm in 2009, when it was Fairtilizer, and he was Kaytradamus. As recognition begins to expand for him, thanks to plays on BBC Radio and a major appearance at IglooFest in Montreal, Kaytranada has much still to release from his treasure chest.

His beginnings on Official.fm, along with early recognition within communities of said site, were full of sexy disco and funk tracks that give listener’s an idea of the origins of Kaytranada’s sounds. Those uses of funk, of bass and of slinky grooves can still be identified in much of his music today. Unfortunately for Kevin, and for many up & coming artists on the site, a server change led to deletion of all tracks published. I asked Kevin about this. “All the tunes were deleted for no reason. I had to pay to publish them back, that’s when I realized that they kinda fell off. I could say that it is a fresh start cause I couldn’t’ really discover other disco-house songs that could inspire me to do more. So yeah [it was a fresh start].” This abrupt challenge early in his career led to utilizing a variety of media outlets, most notably Bandcamp, Soundcloud, and YouTube. “Soundcloud really helped me to start my career,” Keving states, it’s where he receives many of his listens today. “Its where I posted my “If” remix, [which] gave me a lot of exposure. All these tracks are released because I was usually bored most of the time and releasing music and hearing people’s feedback help me to get the hell out of that boringness.” The feedback on tracks such as his “If” remix, originally by Janet Jackson, has been stellar. The references to Nineties tracks, including Jackson’s “That’s the Way Love Goes” and TLC’s “Creep,” have shown his knowledge of taste and trends as the decade of smooth R&B continues to have a revival with tastemakers such as Drake and Azealia Banks. Of course, Kaytranada’s Soundcloud has a wide range of remixed songs, and impressive original productions. The disco-funk that was so beloved by his early followers has morphed into a variety of styles that amassed him a larger fanbase that proved his adventurous foray into beat-making.

The remixes found on Kaytranda’s sites offer an eclectic taste and a truly original way of thinking about songs we all know, and sometimes love. His remixes of “If,” “Creep,” and “Sock It 2 Me” and “Crucial” are a few examples of his fresh takes on well-known songs. Some may think it’s easy to make a remix, but coming up with something unique and just as fresh as the original hit can be a difficult feat. “Your remixes have received major acclaim, is there a track you’ve been nervous or cautious to change up?” I ask Kevin. “Yeah, it’s mostly like that. I have a bunch of remixes that I haven’t released and I know its gonna be as good as the other ones, but sometimes I don’t care and release [a track] anyways. I remember the “Lady” remix by Modjo took me like three months to put out and I still don’t think it’s that perfect at the end of the day, but people like it.” That pressure for perfection is evident in Kaytranda’s music, and the time taken to make a clean and addictive song.

I asked Kaytranada about those early tracks, the shimmering disco of “Hot Ass Night” and “Being Sexy,” in particular, whether there is a future for him in those genres. He responded that he’s “not sure; it’s not that I don’t wanna do that type of stuff anymore, it’s just that I’m less inspired to do it these days. I’m more into that UK Garage and still into the beat scene, but I’m trying my best to do me and not to imitate.” This strive for originality has been successful, the latest works, including “Holy Hole Inna Donut” simply don’t sound like anything else. Referencing Trap, Garage, but still sounding clean and contemporary, Kaytranada is in the process of mapping out a new style that is striking a chord with music lovers.

This beat-maker address the rapid popularity of the Trap-Rave genre, when I ask what he thinks of the emergence from underground to the mainstream that the genre has recently witnessed. He says “I’m still cool with it, but most of these songs and remixes are getting played out.”  A fear many electronic artists must face with the fast-paced trends of music today. “I dig more [of] the slow, off-beat trap shit, if you know what I mean. But I’m not down with the ones that are being corny with the ‘damn son, where’d you find this?’ just to prove to people that it is Trap.” (A reference to how the trend in music must steer away from becoming a joke that many think Dubstep has become recently.) Kaytranada is looking at those who have kept an original and evolutionary stance in the game of music. 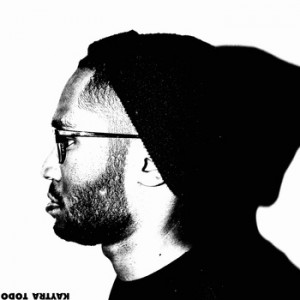 KAYTRA TODO is the latest album by Kaytranada
Find it here: bandcamp iTunes

He has some impressive influences and role-models to follow in the path of, including Montreal’s Lunice, who is best known for his role in TNGHT, a breakout Electronic-Trap-Rave-Hip Hop wall of hooks and hit songs. The success has lead to interest from the likes of Kanye West and BBC Radio becoming a major supporter in the UK. On Lunice’s success and career path, Kevin states “I know this dude’s [been] making moves since a few years [ago], and the fact that he’s also from Montreal, I’m wishing to be as successful as him.” Lunice has aided in Kevin’s growth, adding his tracks to set lists, along with having him open for TNGHT in Montreal.

The city of Montreal has played a role in Kaytranda’s development as an artist just as much as any DJs or influences. The city is a consistent player in the arts and celebrating cultures. I asked about Montreal’s influence, with Kay stating that it “kinda helped me break through to get myself known. Everything started from here and my music is usually inspired by the parties I’ve been through over there.” Which comes as little surprise to anyone who has partied in the metropolis and that vibe does come across in the feel-good sounds Kaytranada offers listeners.

I ask Kay where he feels most at home, whether he is a producer in the studio, a DJ in front of a crowd, or some other variation. Proving to be a shoe-in for fame, Kaytranada sees the beauty in both settings: “I’m usually more comfortable in my basement or in my bedroom when I’m making music but when I’m DJ-ing I’m less comfortable DJ-ing when there’s less people in the crowd.” So either making fresh sounds in his home base, or in front of thousands (such is the case with his latest Igloofest set). That level of comfort will aid the artist has his crowds continue to expand.

So as Kaytranada’s name continues to grow in recognition, and his show’s welcome more and more fans to listen to his sets, much is still to come for Kevin Celestin. “Hopefully other big names will recognize me” Kay states. That hope, along with other big dreams for 2013, such as “[hoping] to start touring outside of Canada.” Which is likely to happen since as Kevin mentions “I’m dropping my EP and my album this year.” The hype has been continuously building for Kaytranada across borders, including the States, England, and his native nation of Canada.  2013 may be the year that Kaytranada gains the fans, the shows, and the love that he so rightly deserves while continuing to prove time and time again with every new release.