TRENDING
Go to DASHBOARD > Appearance > Menus to set up the menu.
Navigate
18811 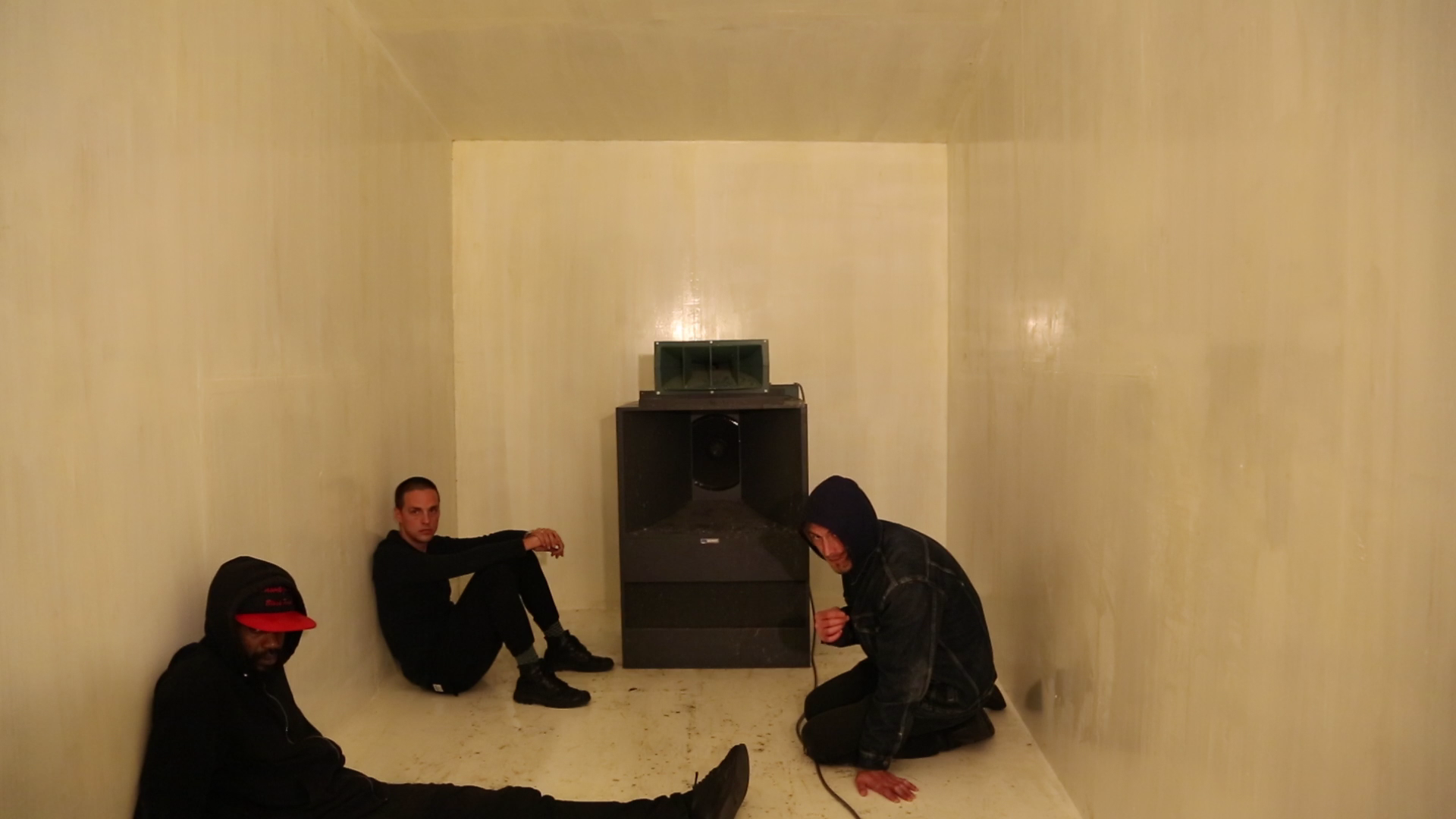 The Internet has become a fascinating place for creativity over the years. Memes, stemming from the Greek word mimēma which means “that which is imitated”, are humorous images and videos that are shared and spread among Internet communities and often concern pop culture references. They have instituted themselves as the pinnacle of Internet comedy. Often paired with photos of cats, dogs, or any adorable animal, the meme attempts to create a unique but relatable observation. The statements shared flood Facebook newsfeeds with cats wearing glasses, complaining about Mondays or babies in shock that they may have soiled their diapers. Memes are part of our digital culture and help familiarize many parts of pop culture that would be otherwise unrecognizable.

The music industry is a culprit of content spread strictly for comedic purposes. The cult-classic album In An Aeroplane Over The Sea by Neutral Milk Hotel gained most of its popularity through satirical reinterpretations of its iconic album cover and somewhat questionable lyrical schemes. The album itself is a quintessential collection of indie rock’s finest sounds, yet with its comedic associations have demeaned the true artistry behind the music. YouTube music reviewer Anthony Fantano has discussed his distaste with the album’s meme content, “…The fact that [In An Aeroplane Over The Sea has] kind of become a series of jokes to be typed and repeated in all caps all over the internet is really depressing to me…”. With lyrics such as “I love you Jesus Christ” sung in a devoted proclamation or “Semen stains the mountaintops” mumbled infuriatingly, it’s understandable how Neutral Milk Hotel’s grand release has become a joking matter. 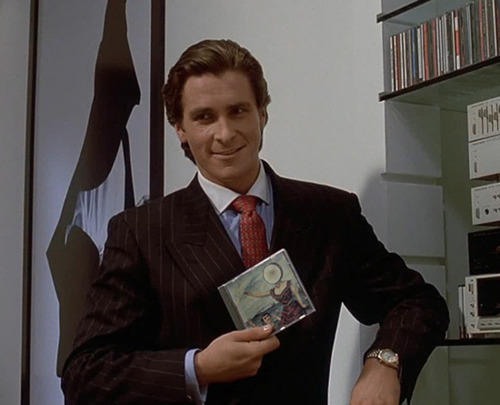 This example leads us to the main discussion of the article: Death Grips. Death Grips are one of the most talked about music groups in the past few years, filing in as many newsworthy articles published as Kanye West or Morrissey. Their abrasive musical style that spans from hip-hop to punk to experimental is one aspect that attracts fans. However, their one-of-a-kind brand of music is not the only reason Death Grips have been a conversation piece since their inception.

Their cryptic activities and strange behaviour have warranted deciphering attempts to understand what the band wants. Most of the time, this strange behaviour is unexplained or seen as a stroke of randomness, but fans often interpret them as something more. The band has rarely been the subject of public interviews but drummer Zach Hill has expressed that the band is always moving forward, trying to be more creative with their process and how they are perceived as a band. This progression is most notable in the way that Death Grips have released each of their studio albums. After gaining critical praise with 2012’s The Money Store, Death Grips made the conscious decision to go against their record label, Epic, and release their second 2012 album No Love Deep Web for free on the web. In this messy debacle and inevitable disbandment with their label, Death Grips picked themselves up by creating their own record label, Third Worlds, and coming back with Government Plates released for free once again in 2013. In 2014, Death Grips did something completely unexpected and different from any other band before them. They first released Niggas On The Moon, the first part of their promised double album The Powers That B. Upon their rising popularity, Death Grips did the unthinkable. Via a napkin note posted to their Facebook page, Death Grips broke up. Fans were devastated, eulogies were written, and tiny grave sites were placed at several concert venues that summer. 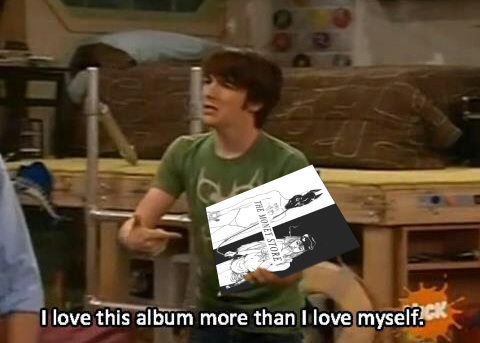 In this napkin note, the promise of part two of The Powers That B was written. Jenny Death was indicated that it would be released by the end of the year. Ecstatic for one final entry in the Death Grips discography, fans eagerly awaited this elusive album. As the months went by, fans became more eager and agitated with impatience. Death Grips released the first single from Jenny Death on December 8th, 2014, entitled “Inanimate Sensation”, giving fans a shining beacon of hope that the album would indeed be released soon. Unfortunately, after hundreds of fan-made album release theories involving astrological predictions, birth dates of celebrities, and moon cycles, nothing proved to be the reality for the long-awaited Jenny Death. An instrumental soundtrack album, Fashion Week, was even released as something to tide over hungry fanatics. Eventually, The Powers That B was announced in full. The double album was given the official physical release day of March 31st, 2015. In preparation of this date, Death Grips posted the entire album on their YouTube channel for fans to hear the album beforehand. After 9 long months, Jenny Death was born. Without going into too much detail, Jenny Death is the crowning achievement of Death Grips. Its booming sound makes it the loudest Death Grips album and its lyrical content dealing with the depression and attempted suicide of frontman Stefan Burnett makes it a personal testimony of a struggling man.

Throughout these 9 months of seemingly endless torture, fans popularized Death Grips’ mystery with several phrases, images, and videos highlighting their anticipation and anger with the band’s teasing. Three notable Death Grips memes came into existence upon the band’s breakup and have become a defining factor in how the band is seen. This meme culture has escalated to a point that it is the defining point of someone’s relationship with Death Grips. The band has become a joke to some, illustrating a long ruse that has manipulated mindless followers. For others, it is one of the most creative marketing plots and ways to approach the concept of “being a band”.

The first meme, the phrase “Zach here, thanks man”, is a personified attempt to embody the band’s leading figures and feel a more personal connection to band itself. The quote was first seen when a birthday message to drummer Zach Hill was posted to /r/deathgrips, a forum on the website Reddit. One user jokingly took the place of Hill, writing “Zach here, thanks man” as a comment. This comment became a recurring bit that escalated to the entire band being voiced by several anonymous users, giving Death Grips a more relatable representation. The band, being as cryptic as they are, needed an outlet to seem as actual human beings communicating with fans. This invention of thanking fans for their hard work and patience was the perfect way to nullify fans’ desire to show appreciation for Death Grips.

The second meme, “Could be real”, emerged in anticipation of Jenny Death. After several fake postings of Jenny Death, the common sentence uttered whenever a clue was brought to light about the album was “Could be real”. This blunt and somewhat sarcastic phrase showed the tiredness of fans, disinterested in the fact that the album may never be released. Even after official dates were given concerning Jenny Death and The Powers That B, some fans still seemed uncertain. Being the unpredictable band Death Grips is, hesitation is an appropriate response to anything they promise. Trusting Death Grips is a delicate task. Their reliability to assigned designations has been treading on thin ice since the free release of No Love Deep Web. In 2013, Death Grips cancelled several concert dates. Their most recognized cancellation happened in Chicago when they didn’t give any prior notice and left their betrayed fans with a projection of a fan’s suicide note on the stage and their music blaring through the speakers. This no-show sparked distrust among many fans, snowballing into Death Grips’ dishonest tactic of releasing material and promising new things.

The third and most replicated meme, “Jenny Death when?”, originally appeared on the 4chan forum /mu/ in June 2014. This important question became a staple among all Death Grips fans and was considered the phrase most associated with the band. It spread throughout several online forums and websites, even stretching to music review sites such as Stereogum, The Needle Drop, and Consequence of Sound. Despite fans thinking that this phrase was a silly question that would never be answered, Death Grips mimicked the question with the release of Fashion Week in early 2015. Each track on Fashion Week was entitled “Runway” followed by a letter than acrostically spelled out “JENNY DEATH WHEN”. At the time, fans believed this was a hint that Jenny Death would be released at the height of the Paris Fashion Week. However, this is was simply another vague expansion to Death Grips’ album legacy. Once Jenny Death was finally released online, fans rejoiced, exclaiming “Jenny Death Now” and marking March 19th, 2015 as the day the most important question in music was finally answered. 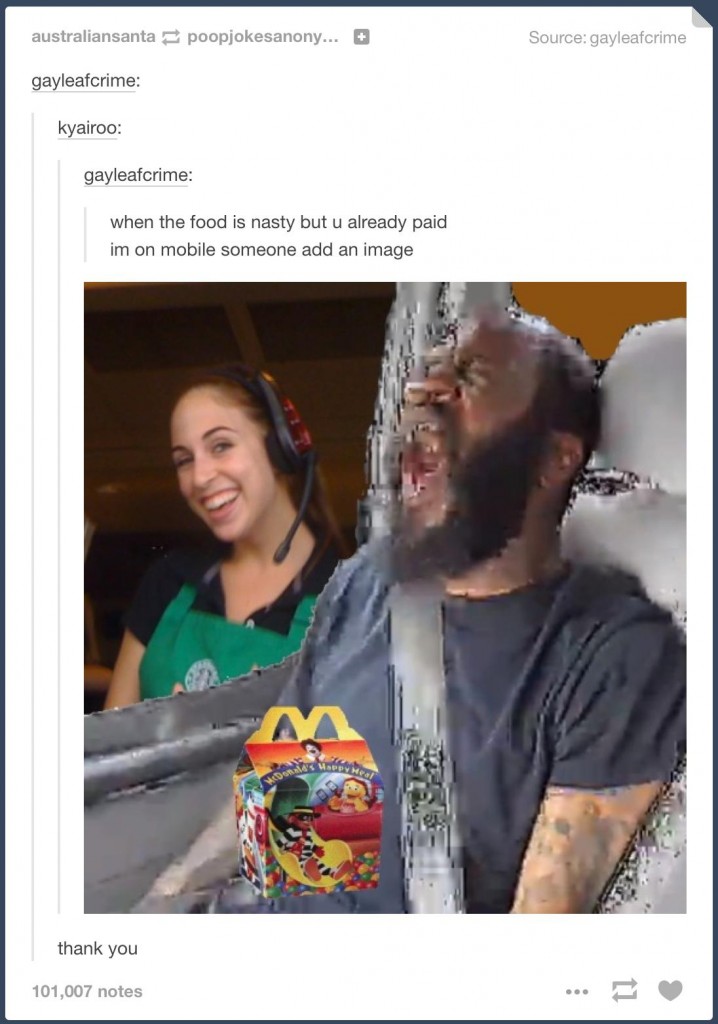 Though Death Grips announced their breakup in July 2014, they are the busiest group that have delivered music post-breakup. Fans have speculated that this breakup was another ploy in the band’s creative appearance and that “Death Grips 2.0” is right around the corner. Whatever the case may be, Death Grips is currently leaving a legacy as the Internet’s most creative band with content spanning from dedicated fan theories, satirical images, and free music delivered to those who appreciate the art of individualistic freedom. Death Grips are not a fad that will dwindle and extinguish in a few years. Their maddening method and outlandish musical production has expanded their notoriety for future generations to discover. As a strapped-in rider of the wild rollercoaster known as the art of Death Grips, I eagerly await what their future plans are. To all the Death Grips fans out there, stay noided fam. The ride never stops, on and on it’s beyond insane.