TRENDING
Go to DASHBOARD > Appearance > Menus to set up the menu.
Navigate
5787

One of the most eccentric characters in the electronic music scene, Dillon Francis, embarks on his ‘Wurld Turr’ of North America this month. With a stop in Ottawa on Friday March 29th at Barrymores Music Hall, Canadians will be in for a show with no boundaries. 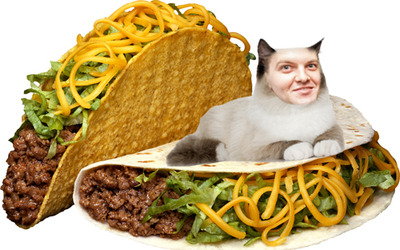 “I plan on throwing tacos out into the crowd every night,” forewarns Francis.

His fun, hard-hitting tracks make you want to get up and dance like a freak, while his wacky and witty persona keep you engaged. Dillon Francis is truly one of a kind.

“[If I could be any animal, I would be] a unicorn, cause nobody can f*ck with a unicorn.”

As I saw him host the daytime mini golf tournament aboard Holy Ship!! this past year, Francis made contestants chug vodka, spin, wear rubber floaties, and swing at the golf ball from an assortment of wacky positions.

But at night, his unique style of bass music got the partygoers grinding and fist pumping on the dance floor.

Dubbed “moombahton”, the new genre incorporates house music with reggaeton. “A simple way to put it is that it’s slowed down house music. Typically, most tracks are around 120 bpm and above, moombahton is around 110 bpm which is also similar to the tempo of reggaeton,” explains Francis.

Originally an L.A native, Francis started dabbling in ‘moombahton’ a few years ago when he moved to Atlanta. After producing Masta Blasta, Francis sent the single to Diplo which eventually got signed to his label Mad Decent.

Since then his life has become a rollercoaster of crazy gigs around the globe, catchy remixes, and producing new music. Although packed with a busy schedule, Francis shows no signs of slowing down. He says his goals for the year are to “put out music, make more videos [and] keep not giving a sh*t”.

Staying true to his goal, his new song “Messages” has just been released.

“I’m also working on my album which will come out later this year,” Francis also adds.

With his ‘Wurld Turr’ hitting Toronto, Ottawa, Montreal, Vancouver and Victoria, the comedic DJ says he “[loves] Canada and its maple syrup”. He also says to get ready for the time of your life.

When asked what we can expect from his shows, he concludes with “a whole lot of cats, a whole lot of bass and a f*cking awesome time”.

The rest of his tour…

All images are courtesy of dillonfrancis.com and their owners.