TRENDING
Go to DASHBOARD > Appearance > Menus to set up the menu.
Navigate
15088

If someone asked about the best memory in your life, what would you say? Is it your wedding day? Graduating university? Scoring that dream job? Winning that championship game? For me, those experiences don’t even match up to the nirvana that is Tomorrowland.

Feel the synthesizing beats and harmonies flow through your dancing limbs. Sing to the top of your lungs. Be dazzled by the fireworks and laser shows that ignite the night sky. Catch the raining confetti between your fingers. Hold your friends tight and feel the love. The atmosphere of amazement, happiness, freedom and unity is overwhelming and is nothing like you’ve ever seen or felt before. This is the reality of Tomorrowland. 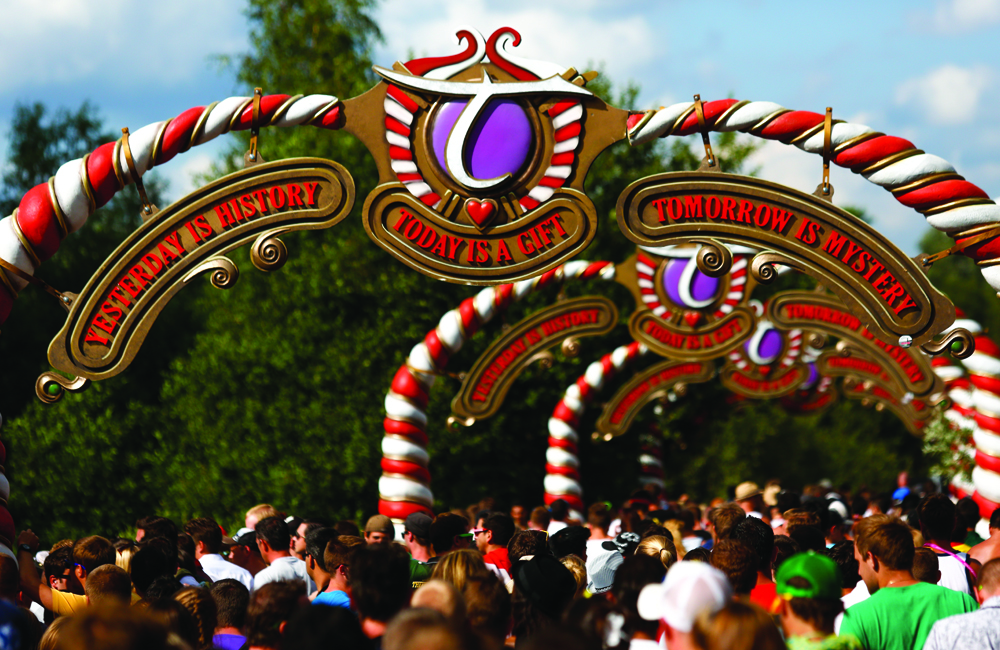 Every year, Dutch entertainment company, ID&T, do something extraordinary in Belgium. Imagine taking over the small city of Boom, creating the largest music stage on the globe, recruiting over 400 world renowned electronic artists and then sending an invitation out to the entire world. Seems impossible to accomplish right? Not for ID&T. The company is famous for bringing dreams to life and are the masterminds behind “Mysteryland” and the “Sensation” events. Since its inception in 2005, ‘Tomorrowland’ flourished into the most sought after music festival globally as ID&T bring the electronic music event to a whole new level. 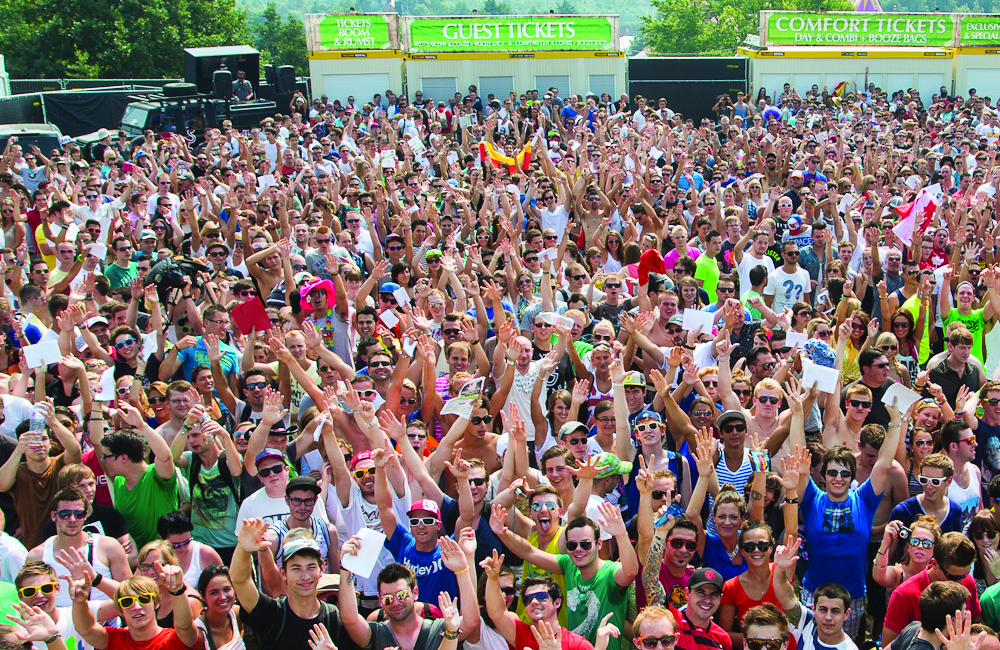 After a friend showed me the 2011 Tomorrowland after movie, I knew it was a party I couldn’t miss out on. Apparently, a lot of people agreed with me as 180,000 worldwide tickets sold out in mere hours. With millions groaning over the fact they waited hours in the on-line queue only to be disappointed, I was one of the lucky few who managed to get tickets. The secret to my success? I had three laptops, a desktop computer, a tablet and my cell phone, all ready to hit the refresh button the minute the ticket box office was open. Nothing was going to keep me from hitting up the biggest music festival in the world! 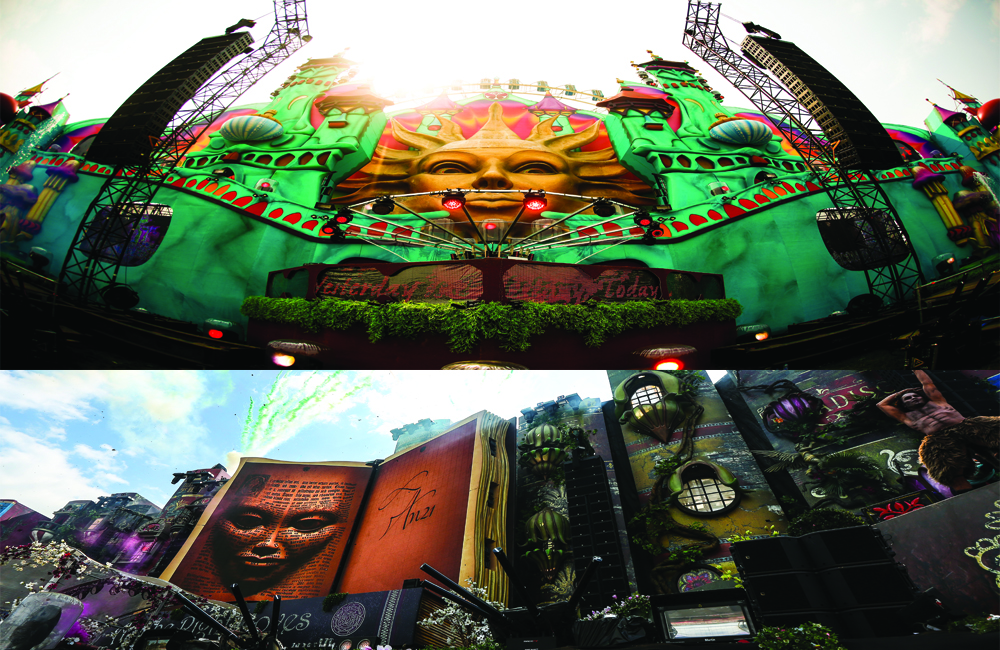 Arriving at Tomorrowland was like stepping into a fantasy world. The venue itself rivalled the size and scope of a small town and the festival grounds transported you into a magical fairytale land. Satyrs, fairies and mythical creatures alike adorned the stages, bubbles showered walk ways and a Ferris wheel took you to the top of the world. Decorations covered the entire area from head to toe as signs, poles, trees, buildings and other structures were dressed up in bright lights and colours. The attention to detail was incredible and truly made you feel like you weren’t living real life. Festival goers weren’t afraid to show off their creativity with costumes. From doctors to monkey suits, Indians to full body spandex costumes, Tomorrowland is a Neverland for adults where you can choose to be anyone you wanted. 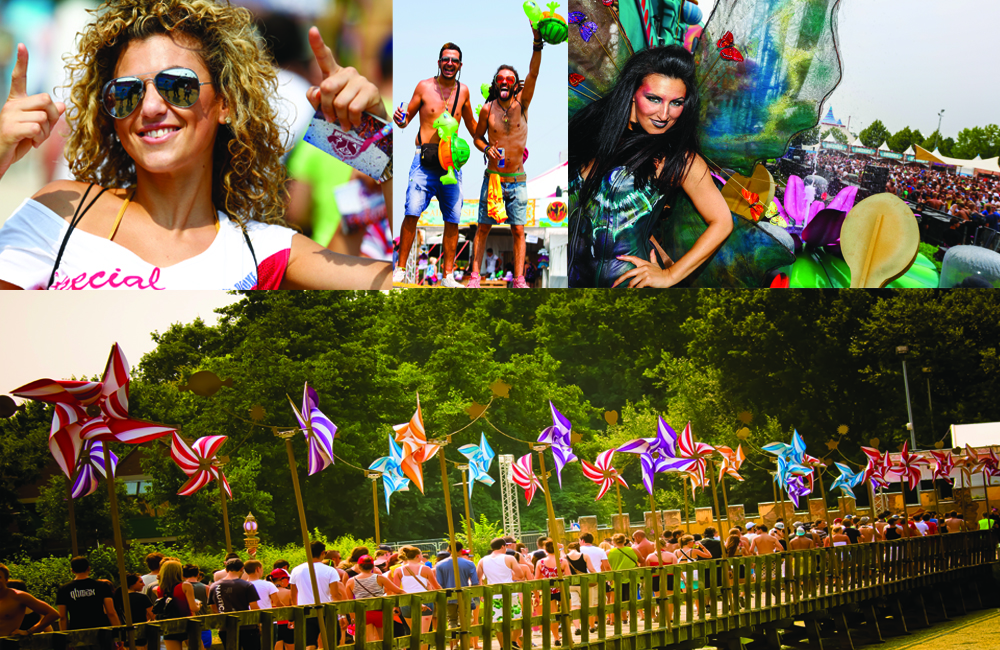 Sixteen stages made up the eighth edition of Tomorrowland, with every stage being unique and bearing a personality of its own. The centrepiece of the main stage was the “Book of Wisdom”, a massive opening and closing electronic book that spoke to the crowd and kept watch over the throngs of dancing people. There were stages on the water, in tents and even one buried in a cave. Laidback Luke’s “Super You and Me” stage brought superhero characters to life as music goers were costumed in capes and masks. 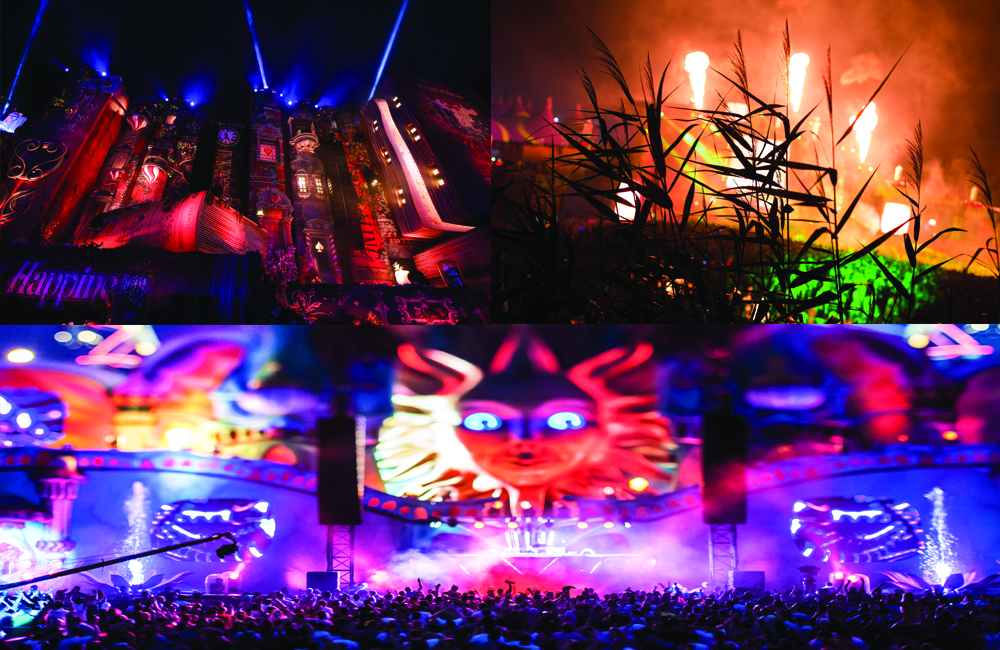 With headliners including Swedish House Mafia, Steve Aoki, Skrillex, David Guetta, and Avicii, Tomorrowland proves to be a haven for all fans of electronic music. Whether you are into house, trance, dubstep, techno or electro, there is a niche for your tastes. Artists would grace the stages everyday starting at noon and the music would not stop until midnight. Fear not, as parties would continue on at “Dreamville” until the wee hours of the morning. 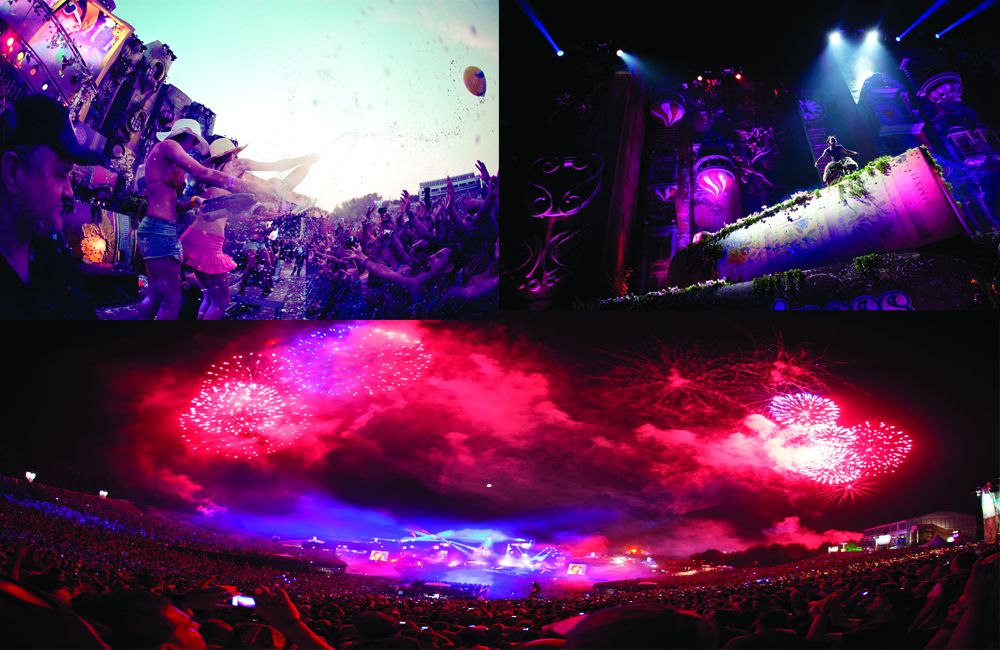 Dreamville was home to over 35,000 people from July 26 to 30, and was what made the Tomorrowland experience complete. The village was complete with its very own stage, radio station, bars, wi-fi centre, grocery store and bakery, pool and boasted such perks as Nintendo DS stations and daily Tomorrowland newspapers.

There were four accommodation options for Dreamville: Dreamville camping, Easy Tents, Relax Rooms and if you’re baller enough, the Dreamville Mansion. Prices for accommodation ranged from 35 to almost 10,000 Euros. Dreamville camping was the most affordable (35 Euros) as you buy a camp spot and bring your own equipment to the venue. My friends and I opted for the Easy Tents. It cost around 160 Euros more than Dreamville camping but was worth every penny. The Easy Tent option provided a tent, air mattress, sleeping bag and lantern; all of which you got to keep and bring home after the festival was over. The Relax Rooms were storage containers converted into luxury living spaces equipped with beds and electricity. Finally, if you have the funds, the Dreamville Mansion is the way to go. The mansion can accommodate up to 12 people and includes sofas, a dining room table, bedrooms, a kitchen with a fully stocked fridge and your own butler to bring you drinks. That’s right, a butler. 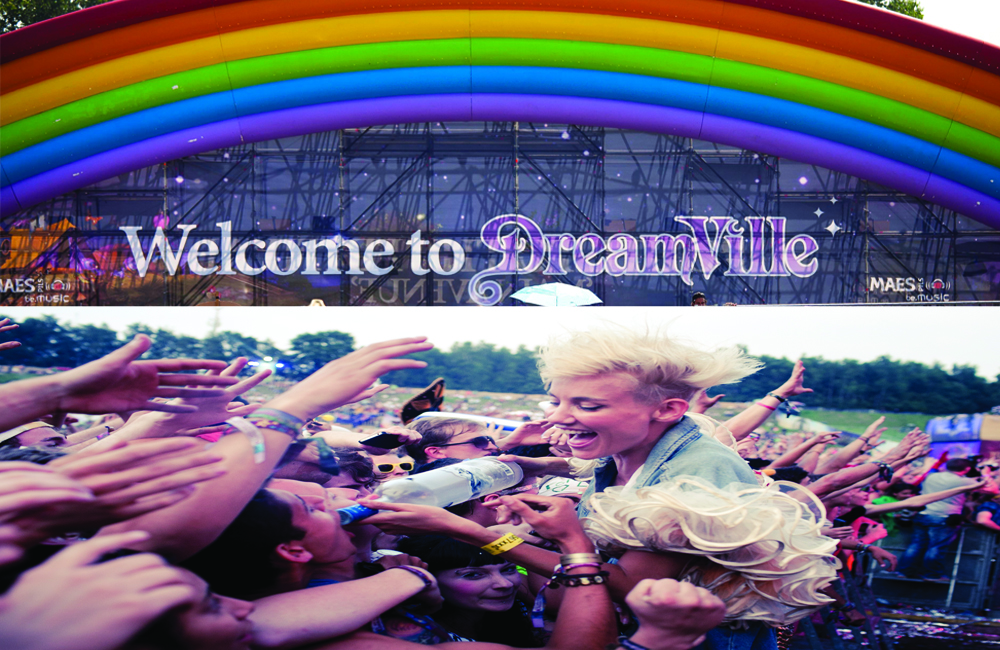 Over 75 countries attended Tomorrowland this past year. Festival goers donned their flags proudly on their backs and although individuals from all walks of life attended the festival, a sense of unity was evident. The passion of music brought everyone together. The most surreal moment of Tomorrowland was being part of a sea of 180,000 people during Swedish House Mafia’s set. I have never seen that many people in one spot at the same time and the sight was just mind-blowing. Fireworks painted the sky, lasers depicting Swedish flags glided through the darkness and the sea of people lit up with twinkling lights from batons, lighters and cell phones. To top it off, imagine 180,000 people singing the exact same lyrics, dancing to the exact same song and experiencing the phenomenon as one. It is a sight that I will never forget. 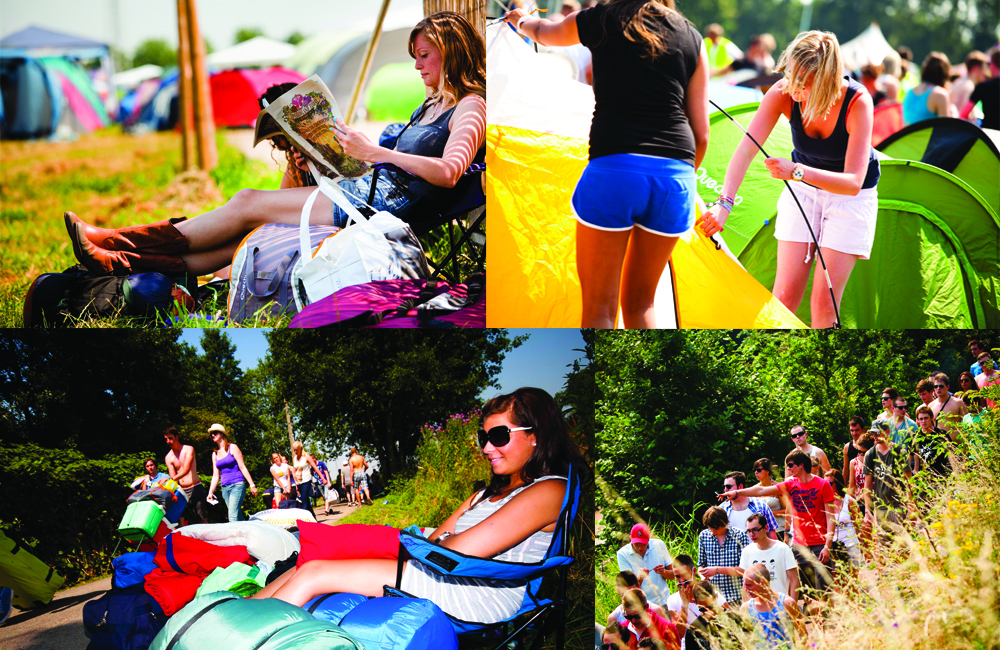 The memories of Tomorrowland will live on in my heart forever and I definitely plan on going next year. The ninth annual Tomorrowland will take place July 26-28, 2013 with ticket sales beginning in April. Until then, Tomorrowland hopefuls can do nothing but wait and re-watch the newest after movie over and over again.