TRENDING
Go to DASHBOARD > Appearance > Menus to set up the menu.
Navigate
3731 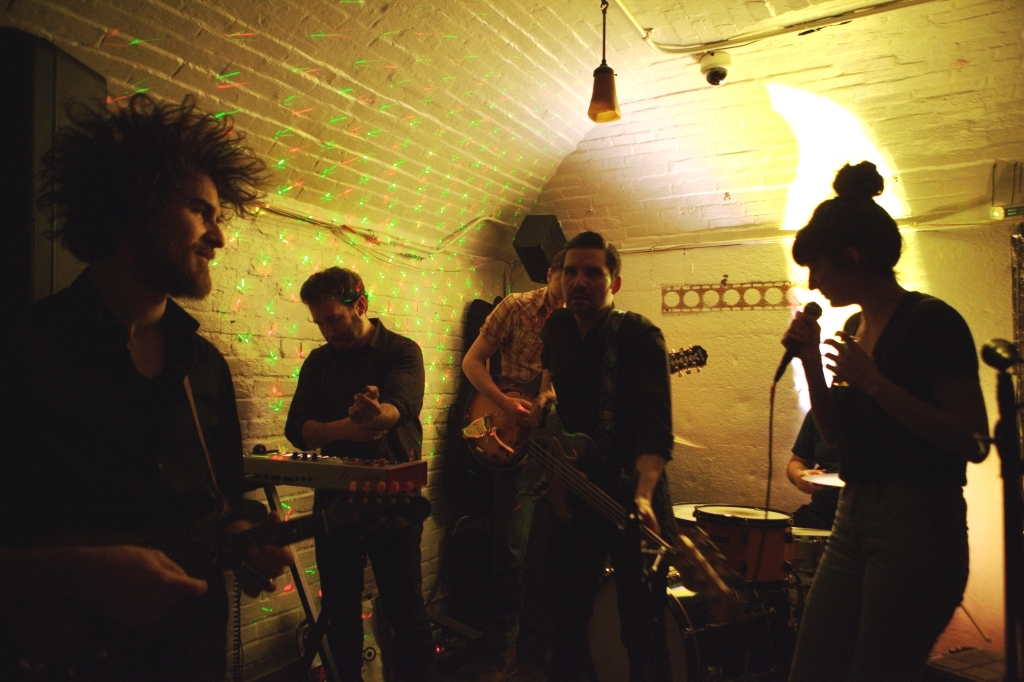 On April 4th, 2015, I made my way to Ottawa’s well established jail-turned-hotel. Located across from the Rideau Centre, the Ottawa Jail Hostel’s haunting shadows lurked over the city streets. I walked around to the back of the building, through an eerily quiet parking lot, and to a dead end. Confused, I spotted a man outside one of the back entrances. With luck shining upon me, I found myself inside the hostel.

I found Mugshots, the setting in which I would be conducting an interview with Tyler Belluz, a member of the Toronto band Del Bel. He approached me with a friendly handshake, giving me the chance to prepare my equipment. He asked, “Would you like to just have me for the interview or should we get the other guys too?”. Taking this as an brilliant opportunity, I agreed to his proposal and followed him to his room. The nine winding flights of stairs weighed heavily on my camera equipment, but I knew the journey would be well worth it.

I was greeted by several welcoming faces, each introducing themselves as I made myself feel more at home. Mike Brookes, the band’s self-described “funny man”, grinned from ear-to-ear as he rambled to Joe Ernewein and his fabulous hairstyle. Lisa Conway sat quietly on the bed adjacent to me, sipping from an industrial sized water bottle that was almost empty. Ira Zingraff was busily scrolling through his phone beside Joe. The room was small but endearing. I gazed around only to find several cases of locally-crafted beers spanning from Perth to Ottawa. I was later told about Del Bel’s venture to a brewery between shows on their road trip tour.

After I conducted the interview to five engaging members of the band, I figured it was my time to get up and leave them to their own business. Without more than a few minutes going by, I was asked to stay for dinner and to recommend a good pizza place. I graciously accepted, thanking the band for their hospitality and their beer selection. While waiting for the food to arrive, I told the group about my university musings, only to spark a tangent conversation led by Mike about his skateboarding days in the tunnels of Carleton University and beyond. He and Joe reminisced about their once-glorious abilities as I chatted briefly with Lisa, who rolled her eyes at her bandmates’ giddy discussion. She told me about her work and how being in a band doesn’t always pay the bills. She told me about her dreams of finding a job she truly enjoys rather than double-shifting herself as both a singer and a waitress.

After the pizza arrived and everyone bashed the place for its outrageous delivery cost, more stories continued. Mike prompted the idea of performing cover songs at future shows, suggesting The Coaster’s “Poison Ivy” among other doo-wop hits. His spontaneous singing led to a synchronized duet between himself and Lisa, locking eyes and humorously delivering a sparkling rendition of a love ballad. The doo-wop influence on the band also gave the idea to break out into harmonies during the show and for Mike to yell such things as “sha baa lee baa doo” during Del Bel’s set. 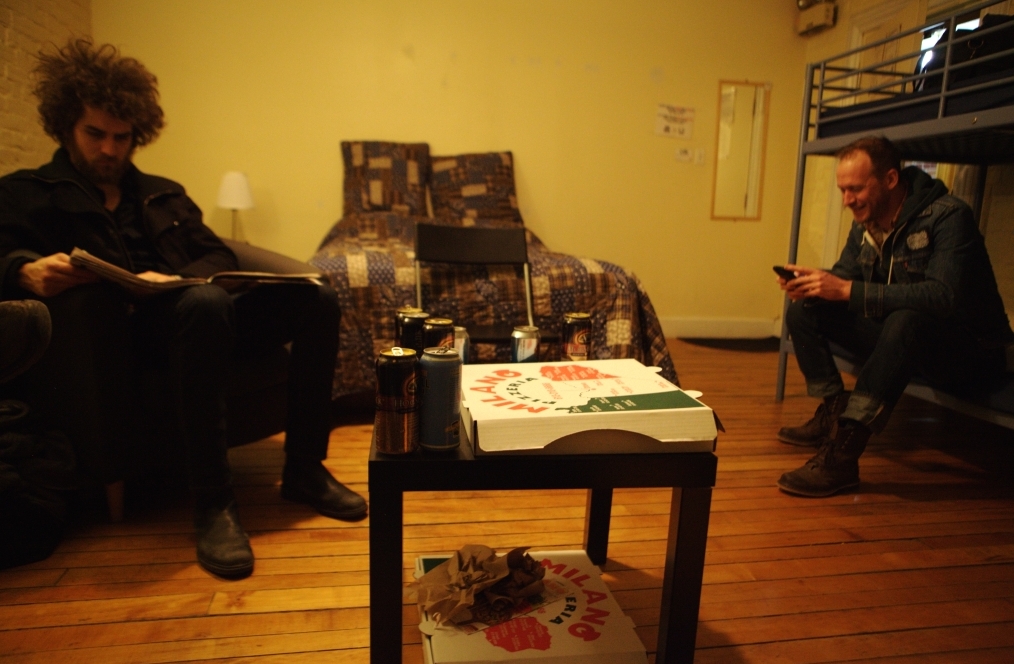 As the night progressed and our conversations were fuelled by Ira’s selection of The Sadies’ Internal Sounds playing in the background, the band’s drummer Adam Hindle arrived at the venue, feverishly describing a movie he had just seen. I could tell that the band had a lot of chemistry with each other. Their laughter and sharing of ideas was that of good friends enjoying an evening together.

After the first act finished their set downstairs, I decided to join Tyler below at Mugshots to check out the other band opening for Del Bel, a local group called Scattered Clouds. Their abrasive, psychedelic set was like that of a young Lightning Bolt or Animal Collective, fresh and creative in their musical abilities. Once their propelling set came to a close, Del Bel took the stage. Rather, they took the stage and the floor. The stage was propped in a corner, not large enough to accommodate the band’s six-person roster. Joe was sentenced to the floor in front of the rest of the group, placing his equipment along the edge of the stage. In tight quarters, the band played a brilliant set of new cuts from their recent self-titled sophomore album as well as a few from Oneiric. Ira shined with his signature trumpeting on “Sails Of Gold” and the band played in perfect harmony on “Old Magic”, showing further how bonded they have become since their inception. Their cinematic sound filled the room with its dark, ominous magnitude. Each song was fixated with grandeur, giving the audience the perfect accompaniment to the creepy jail bar venue.

Despite having a short 25-minute show, Del Bel made every minute count, sparing no time before jumping into the next track. Hearing their songs live allowed me to visualize the talent that went into the group’s second album. After the show, I thanked the group again for the fun evening, picked up my things, and parted ways with them. As I walked to my car, I quietly hummed “Firebox” with a smile on my face. It was a night I will never forget. 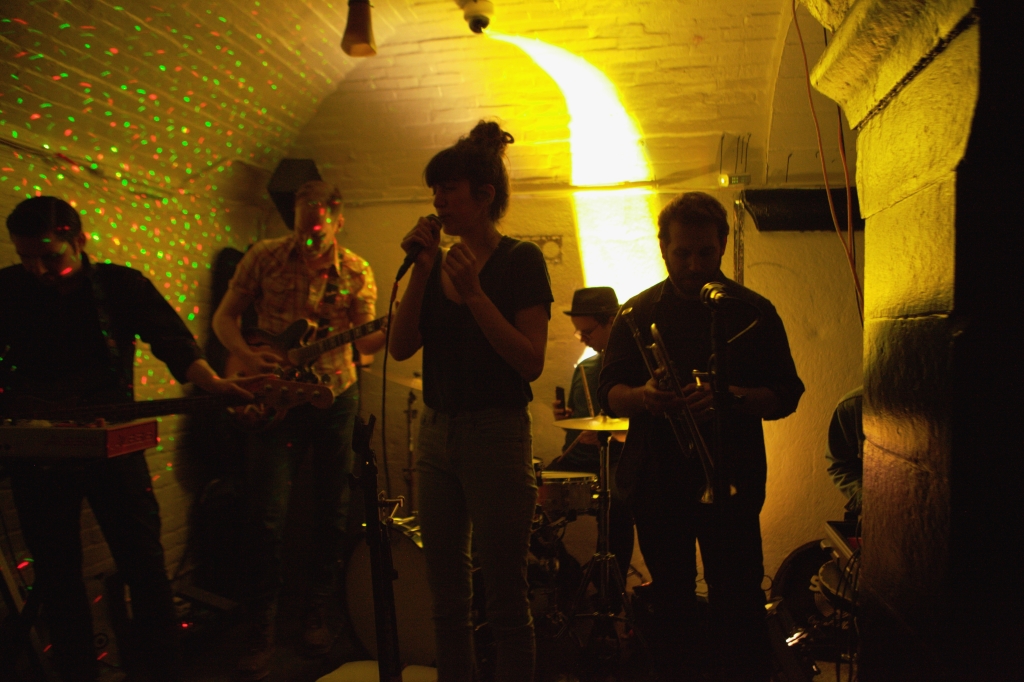 Del Bel is out now on Missed Connections.