TRENDING
Go to DASHBOARD > Appearance > Menus to set up the menu.
Navigate
3374 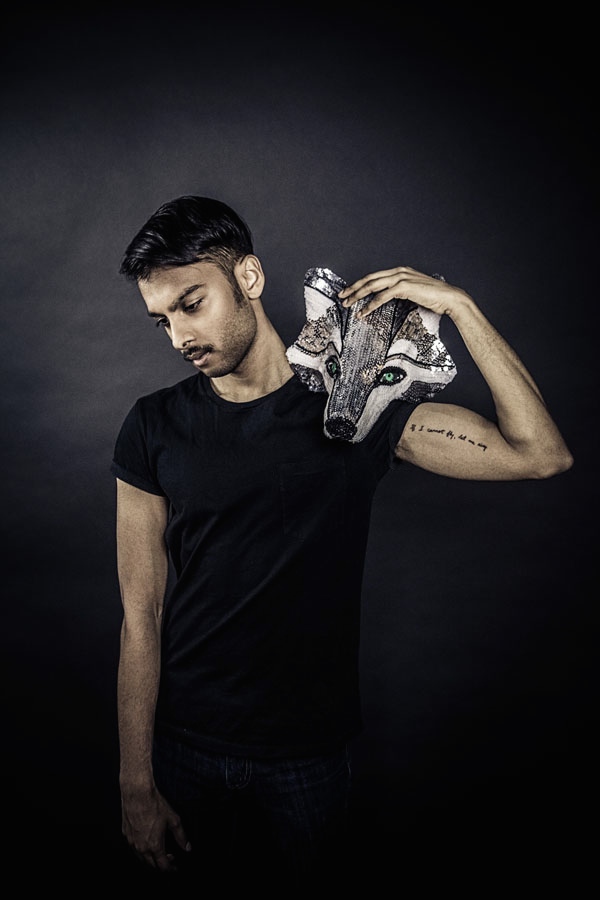 [note]Noah Venkatarangam recently released the cinematic and whimsical album Wonderheart. The rich production and theatric vocals bring you to a world of Noah’s own inspired creation. Antidote had the opportunity to sit down with the artist to discuss his music and his upcoming show at Mercury Lounge (on May 31st).[/note] 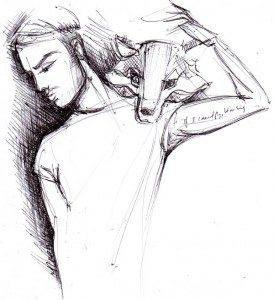 Could you give us a brief history of how you started with singing, how has the journey been? Noah: “My father’s side of family is extremely musically inclined. my sister and i grew up singing in the church choir, and that style of singing has definitely informed the way I still perform. Add that to over 16 years of classical piano and you have an entire childhood of music. We were also immersed in pop culture from day one – my father instilled in us an appreciation for all forms of music – there’s never any distinction.” What has been the challenges thus far? “I always have a very clear vision for the sound and visuals, especially with Wonderheart, my initial challenge was finding collaborators. As independently as I operate in the formative stages of songwriting, when it comes to the final execution I can’t do it alone., and for a while it was difficult to find skilled fellow artists interested in working on a project other than their own, with me in the drivers’ seat. I was extremely lucky to find a few people this time (Greg Reain, Daniel Campoli, The Peptides, among many others) who were in the same headspace as I – no ego, no conflict, just beautiful synergy. Kismet, I guess. The other challenge, which goes for any artist who can only afford to be one part-time, is time. I would love to devote every hour of every day to working on Wonderheart the show, the album, the visuals, everything. But at the moment, I’m limited to the hours in the day.” Are your parents fans? “My parents are HUGE fans of mine. Both parents are extremely artistic and I have no doubt that under different circumstances, they would have pursued similar dreams as I. They’re not Yes men either, which is fantastic. My mother ‘call me out on a bum note or a lame rhyming scheme.” How do you see the new industry, has it been encouraging as a new artist? “Contrary to popular belief, I don’t think the industry has changed all that much. Social media has made new artists ‘accessible’ to the public and vice-versa, but at the end of the day none of these things matter if you don’t have the product to back it up. It is easier to get your music out there than it has in the past  (sending tapes and CDs to A&R people, etc) but the flip side of the coin is that there are millions of new artists ‘debuting’ material everyday – it takes an extra bit of ‘oomph’ to really stand out – which was the case before social media anyway. therefore nothing has changed – just the way we receive information.” Your show is very visual as well can you explain what the audience can expect when they attend? “The visual concepts from the album art (photographed by Maciej Czop) are part of the whole vision. Royalty is the metaphor for comfort and plateauing. The background and floors of the space are transformed into environments via projections, masterfully created by VJ Ina Zara, and Matt Cameron, using a combination of found footage and original content. The audience is going on a journey with me -from life to death and ultimately rebirth.” Who has been your major influence in terms of sound and style? “Its unfortunate that it has become a cliche to cite Michael Jackson and Madonna as stylistic influences, but I don’t care. They’ve done it all, they’ve perfectly married visuals and new (for the time) sounds, and an artist who’s brain processes both elements simluatenously, they’re the perfect teachers. Musically speaking, artists like Royksopp and Miike Snow inspire me, because they’re constantly changing what our perception of electronic music is. You can never really trace half of the sounds on their records, and that is true originality in a world of readily available midi sounds. I could go on though – Mirwais Ahmadzai, Zoot Woman, Bjork, etc.” You are also a visual artist, is there a painter or artist that you love, why? “As you can (hopefully) tell from my visuals, nothing beats the old masters, when it comes to carefully studied colour, composition, etc. I wish I were  painting to be honest (!). At the opposite end of the spectrum, I obsess over Erte and Al Hirschfield – both of whom have ties to the world of Walt Disney, which is probably my most often tapped-into reference (both musically and visually).” If your music was a book, which one would it be? “It would be a choose-your-own-adventure novel. Every turn a lesson learned. What I’ve learned…. is that I don’t necessarily have to have the entire game plan hashed out before I start working on a project. Im a big planner, I could make mood boards and sound collages all day, but Wonderheart has taught me that if you dive and start working on some shit even before you’ve finalized a concept, the elements and themes actually reveal themselves to you.” What would you describe your sound as? “Orchestral Disco-Pop with an electronic undercurrent. Cinema-Disco? Its a soundtrack a movie with a message, that you can dance to.” Check out Wonderheart below and find it on iTunes here. Mercury Lounge Presents: NOAH Wonderheart II information here. Wolf Head by Natalie Nelson