TRENDING
Go to DASHBOARD > Appearance > Menus to set up the menu.
Navigate
2087 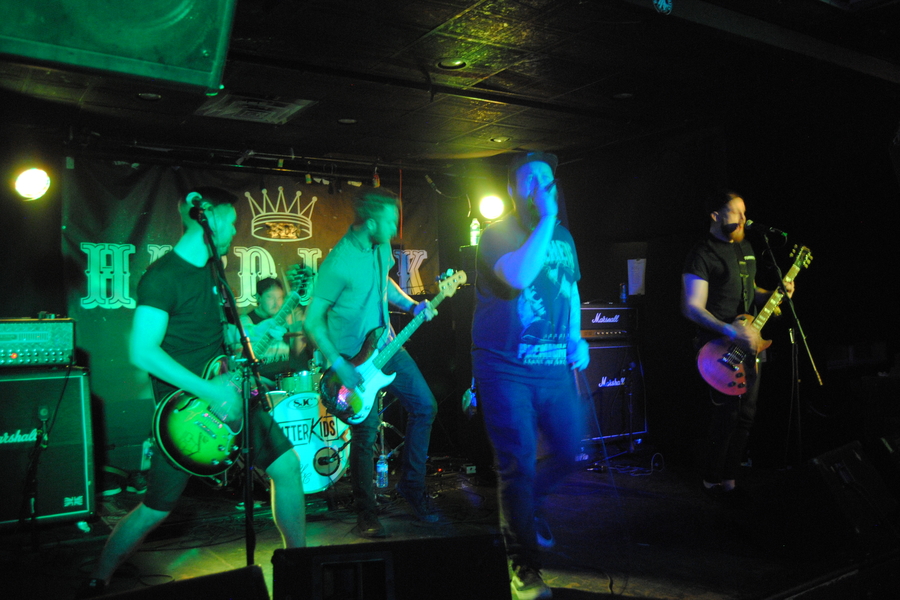 When I heard We Were Shark were playing CMW I couldn’t help but feel a little excited. The last time I saw these guys I was only eighteen and just getting into the local music scene. This Ottawa based five-piece are one of the only bands still playing a style of pop punk that I grew up on. Simply put, they’re fun, energetic, catchy, and incredibly relatable.

Making my way to the Hard Luck Bar I kind of knew what was in store for the night. Obviously I was excited to see We Were Sharks and I had heard great things about First Ghost and Bitter Kids. The venue was pretty much the standard Toronto punk fare, bar on one side, large open space for crowds and moshing, and a washroom covered in band stickers and various messages scrawled in black sharpie.

We Were Sharks opened the show and while the crowd was pretty sparce the boys still put on an amazing set. It was good to see they hadn’t changed much from when I saw them before and though the crowd stood still for most of the set I was singing along to all the songs I knew. That’s the unfortunate thing about being the opening band, no one is really ready to move about, and it’s often too early for most music fans to be out. That being said, We Were Sharks played an amazing set that was just plain fun. All members of the band were incredibly animated and in the crowd you could really feel their passion for music.

Following We Were Sharks was First Ghost and Bitter Kids. Now, I already had high hopes for First Ghosts (I featured them as one of the bands to watch out for during CMW) and I can thankfully say they live up to the hype. They’ve found a comfortable place between emo, indie, and pop punk and their combination of all three genres sounds absolutely amazing. I can’t really say enough about this band, but seeing as we have more artists to get to all I’m going to say is check these guys out. 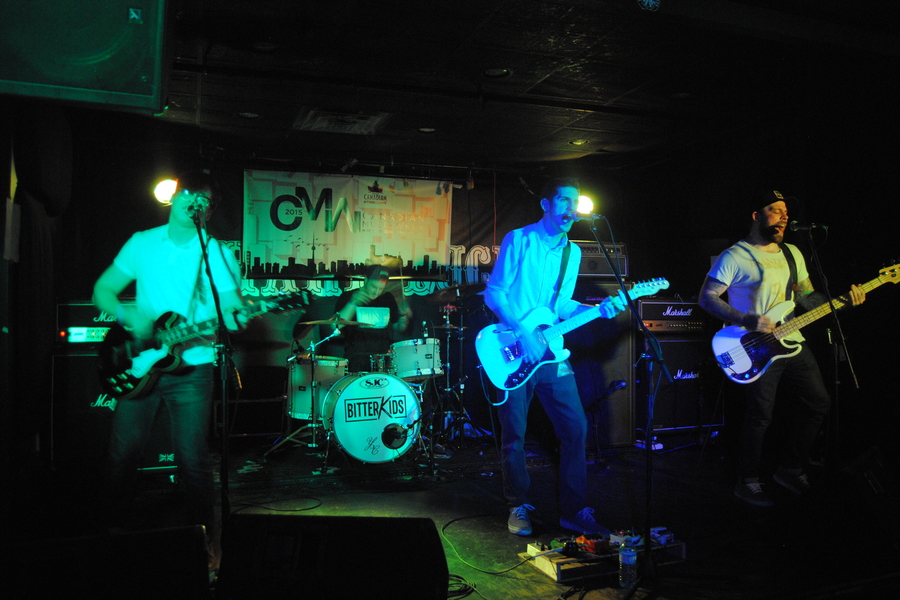 Bitter Kids was up next and they brought a crowd with them. Until their set the venue had been pretty empty, but Bitter Kids showed up with most of the people that would eventually fill the venue. While Bitter Kids did not bring anything new to the table they did play extremely well. With an amazing post hardcore sound I couldn’t help but be reminded of metalcore/ screamo bands I used to love. 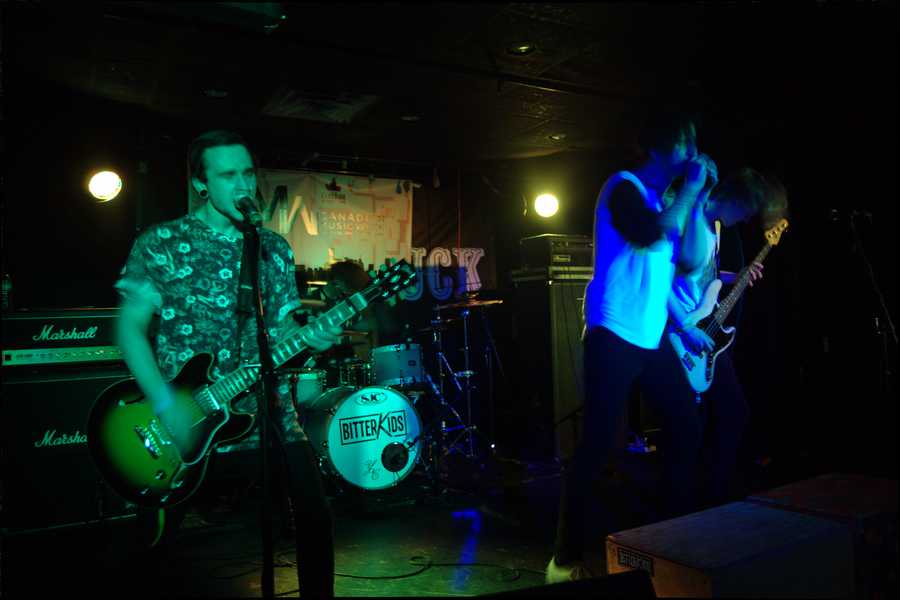 The last band for me at the Hard Luck was perhaps one of my favorites of the night. The four-piece rock band Curses played an amazing set, especially for this being their first show. The songs all carried catchy melodies and hooks, while the lyrics seemed incredibly personal and heartfelt. Curses is a band that I’ll definitely be keeping my eyes on and I expect great things from them in the future. 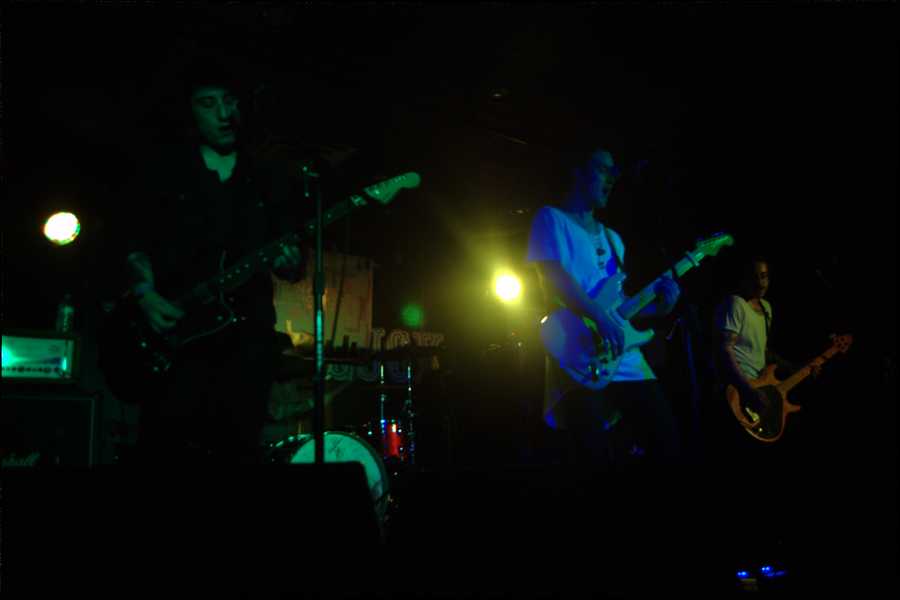 Immediately after Curses, I made my way to the Horseshoe Tavern to see The Cool Hands. Much to my enjoyment I got the venue early enough to catch the end of FIDLAR’s second set, which yet again was absolutely amazing, but seeing as I did a review on their show already I’ll save you my gushing over the band again. The Cool Hands were another one of the bands I put on my list or artists to check out and much like First Ghost they fully lived up to the hype. With some awesome power drumming, infectious bass riffs, beautifully harsh vocals, the band was an absolute treat to see. They’re blend of garage rock, punk, and a little bit of folk set them apart from any of the other bands I saw that night. Like I said in my list of artist to watch out for, The Cool Hands is proof of everything awesome about the Toronto punk scene and after seeing these guys live I can say that without a single doubt. They’re innovative, passionate, fun, and just simply amazing. [youtube_advanced url=”https://www.youtube.com/watch?v=O7OBHxoddiM” width=”900″ height=”600″ rel=”no”]