TRENDING
Go to DASHBOARD > Appearance > Menus to set up the menu.
Navigate
2540 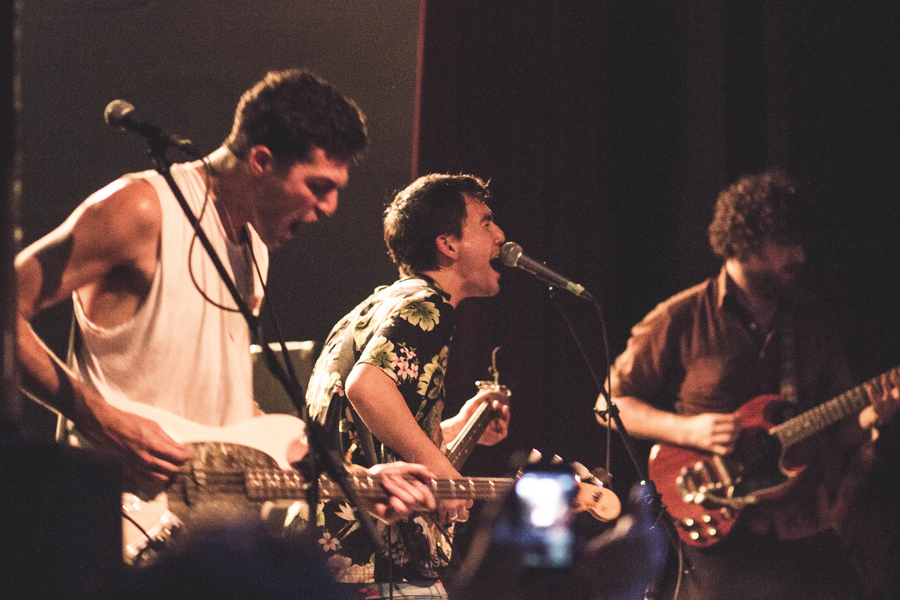 Last night marked the beginning of Canadian Music Week and seeing as catching every artist can be a bit of a daunting task I decided to take the first day slow and only check out one show, granted it was the insanely energetic and chaotic FIDLAR, but I’m getting ahead of myself. The show took place at the historic Great Hall, the high ceilings, an aged hardwood floor reminded me of the community center shows of my youth, and by the time FIDLAR played the spacious venue felt cramped with all the bodies. To be completely honest I only attended the show to see FIDLAR, I didn’t really listen to any of the opening bands prior to the show, and I while many of the opening acts impressed me they failed in comparison to the chaotic energy of FIDLAR.

The first band K.I.D was probably the most disappointing of all the opening acts. The synth pop trio hailing from Toronto attempted towards a unique sound however it came out kind of flat and uninteresting. While the lead singer was somewhat animated the rest of the band stood still looking slightly bored and lacking passion in their music. The performance also featured some weird synchronized dance numbers and the use of human props, while I’m sure these seemed like a good idea they gave the set a pretentious and self indulgent feel. The songs themselves were lyrically uninspired, however the combination of drums, synth, and alternating between several string instruments was actually quite good. All in all the band seemed to be striving for a uniqueness that came across as forced and pretentious.

Thankfully the following two bands brought some interest back to the show. BREAKFAST was an incredible new wave band that combined elements of indie, soul, and punk with intricate guitar riffs and both clean and screaming vocals. Lyrically the band was mature and interesting, but I honestly feel that their true appeal lies in the the groups instrumentation. While not the most energetic or fun performance they’re definitely a band I would keep my eye on and I think they would be best enjoyed via recording. [youtube_advanced url=”https://www.youtube.com/watch?v=tfa14b-xtFA” width=”900″ height=”600″ rel=”no”]

Following BREAKFAST was The Two Koreas. This Toronto based punk band was probably my favourite of the opening acts, maybe because I come from a punk background, or maybe because they actually brought some energy to their set. The groups fast paced songs and lyrical energy sent the crowd into a frenzy and within seconds I found myself in the middle of a pretty decent mosh pit. Unlike the two previous acts The Two Koreas were able to match the energy of FIDLAR and served as an ideal opener for the headlining band. The Two Koreas gave the crowd a taste of what was to come, their energy and “fuck you” punk attitude got everyone ready for FIDLAR and I’m sure they made a couple of new fans after such an amazing set.

Last but certainly not least was the band that brought me out to the show in the first place. As the crowds of people flooded the front of the stage you could feel the excitement in the air. I’ve been to countless shows and I’ll be going to countless more, but the one thing I’ll never get used to is the excitement just before a headliner starts playing. The dispersed crowd falls into one being, the smell of of sweat and B.O doesn’t become and issue, and as you scan the room every face wears a mix of excitement and a little bit of terror. It’s hard to explain, but the air is electric and everyone willingly submits to the chaos.

As FIDLAR took the stage the crowd erupted in cheers and from the second the first chord was hit an amazing mosh pit broke out. Bodies flew off the stage while on the ground sweaty limbs grasped and pushed their way through the crowd all of them reaching towards the band. I know I’ve used the term a lot, but beautiful chaos seems to be the only way to describe it. To the uninitiated this may seem overly violent and just plain stupid, but when you find yourself at a punk show, moshing and stage diving seems like the only way to react to the music.

FIDLAR’s set combined both old songs and new, playing hit singles such as “Cocaine”, “Cheap Beer”, and “No Waves” the crowd was sent into an even further frenzy. However the new songs showed a different side to FIDLAR, it seems as though they are straying a little further from punk but still keeping the raw and aggressive energy. The band closed the show with “Cocaine” and the crowd responded marvelously. The front of the stage was mobbed by people and one by one almost every fan made it on stage and sung along with the band. When the dust had finally settled and the last fallen bodies picked up off the ground the band exited the stage to a thunderous applause, but the real performance came from the fans, they were rambunctious and crazy in all the right ways and we showed FIDLAR just how crazy Canadian punks can get. 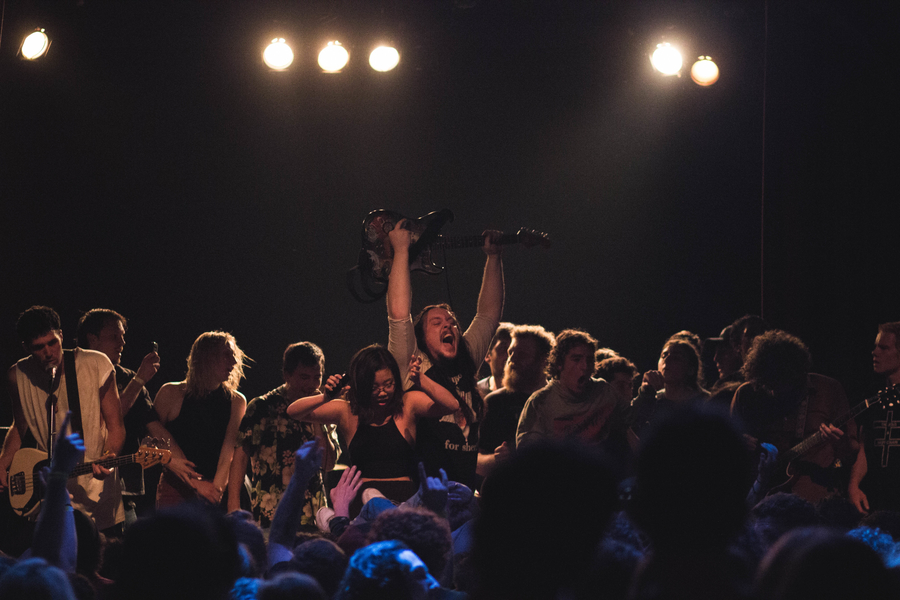