TRENDING
Go to DASHBOARD > Appearance > Menus to set up the menu.
Navigate
7119

Fish out those white jeans from your closet, grab your party shades and put on your dancing shoes. The world’s most renowned electronic music event is finally coming to Canada.

Set for June 1, ‘Bud Light presents: Sensation’ will debut in Toronto at the Rogers Centre for 30,000 Canadian partygoers.

With over 20 countries under its belt, Sensation has travelled the globe for almost a decade. With a unique concept, an awesome dress code and a cultivation of the best DJs, Sensation brings the dance music event experience to a whole new level.

“Sensation is definitely not a rave, we are a high-end club event. We like to say it’s the biggest club of all,” says Michael Hekking, the Commercial Director of Sensation.

Behind the international event is infamous Dutch entertainment company ID&T. For those that don’t know, ID&T are the masterminds behind Tomorrowland, Mysteryland and a handful of major electronic music events. 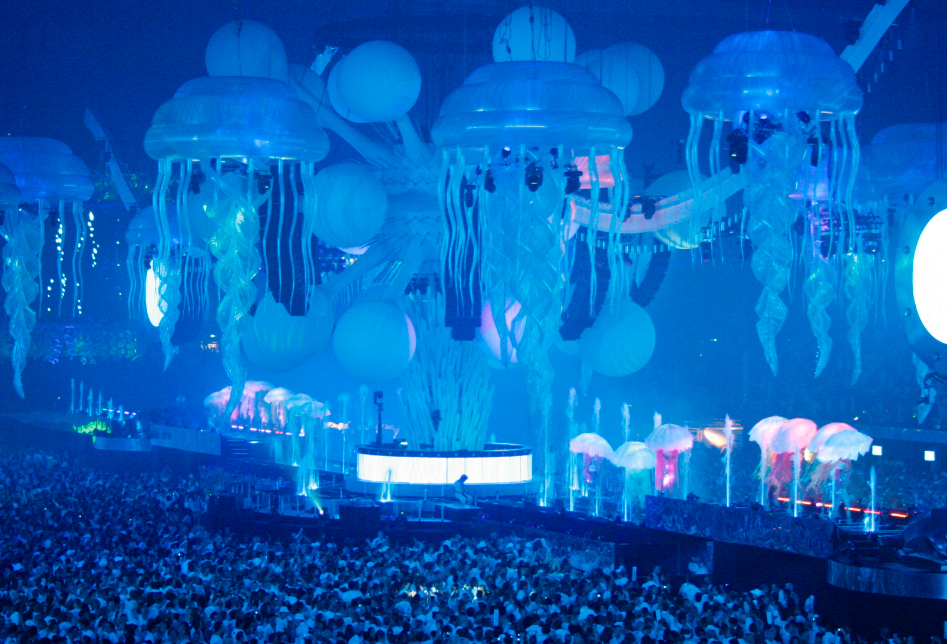 The first Sensation event was held in Amsterdam in 2000. After five years in the Netherlands, ID&T decided to expand to more countries in Europe, South America, Asia and the United States.

Last October, New York City held the first Sensation shows in North America. “It was a huge success [and] we sold out both nights,” says Hekking.

Sensation took a while to get to North America, however, Hekking says plans were in the works for years and now is the right time for the dance event to come to Canada.

“We stayed in Europe for a while [because] the electronic music market wasn’t as strong in the rest of the world, but now, we see the virus spreading in Canada…[the electronic music scene] is just exploding, so for us, it’s the right timing to now come to Canada.”

So what makes Sensation so special?

“It was the first time someone actually made a show out of an event,” says Steve Bodnar, a Sensation fanatic, who attended Sensation in Oslo, Copenhagen and New York City.

Appealing to all the senses, Sensation creates an unforgettable experience through music, lights, lasers, fireworks, stage performers and more.

The theme for this year’s Sensation event in Toronto is, the “Ocean of White”.

Featuring an underwater world of giant jellyfish hovering above the dance floor, carnival floats, flames spewing from the ceiling and acrobats hanging from the air; The Ocean of White will surely arouse the senses.

“Sensation is really a show spectacle [and] that’s what makes Sensation different from all other electronic music events,” says Hekking.

The set-up for Sensation events is also out of the ordinary. Using a center stage set-up, people aren’t looking in just the direction of the stage. “The stage slowly rotates so that everyone can see the DJ or vocalist,” recalls Bodnar.

Hekking says this concept is important and creates an intimate environment. “It creates a feeling that you are looking to each other and around the center, which gives Sensation a crowd feeling,” explains Hekking.

Although the dance event understands the importance of good music and talented acts, Hekking and Bodnar say the DJs are not the most important part of the event. “Its not really about the DJs, its more about the actual theatrical performance they put on,” says Bodnar.

As a result, Sensation stays away from booking mainstream artists and instead, chooses talent that are considered up and coming in the electronic music landscape.

Finally, every Sensation event follows a strict all-white dress code. Embracing the idea, attendees happily arrive at Sensation events covered in white from head to toe. At the arenas, a sea of white is all the eye can see and creates a magical feel no other event can accomplish. “The white has an uplifting and angelic feel to it [and] it’s what makes Sensation so original,” says Bodnar.

There is a story behind the all-white dress code that many enthusiasts don’t know. Miles Stutterheim, brother of CEO Duncan Stutterheim, and one of the masterminds behind Sensation, died in a car crash shortly after the debut event in 2000. Instead of mourning his death, Hekking and his friends decided to celebrate their friend’s life.

By using theatrics, a unique stage set-up and an all white dress code, Sensation appeals to an international audience that keeps begging for more. Every event, tens of thousands of people come together to create a sea of white and embark on a musical and visual journey together. That is the magic of Sensation. “There are no differences between you and the people standing next to you…the idea behind Sensation is to create unity,” concludes Hekking.

Canada, don’t miss out on an event of a lifetime. Tickets for Bud Light presents Sensation are on sale now and can be purchased here!