TRENDING
Go to DASHBOARD > Appearance > Menus to set up the menu.
Navigate
2575 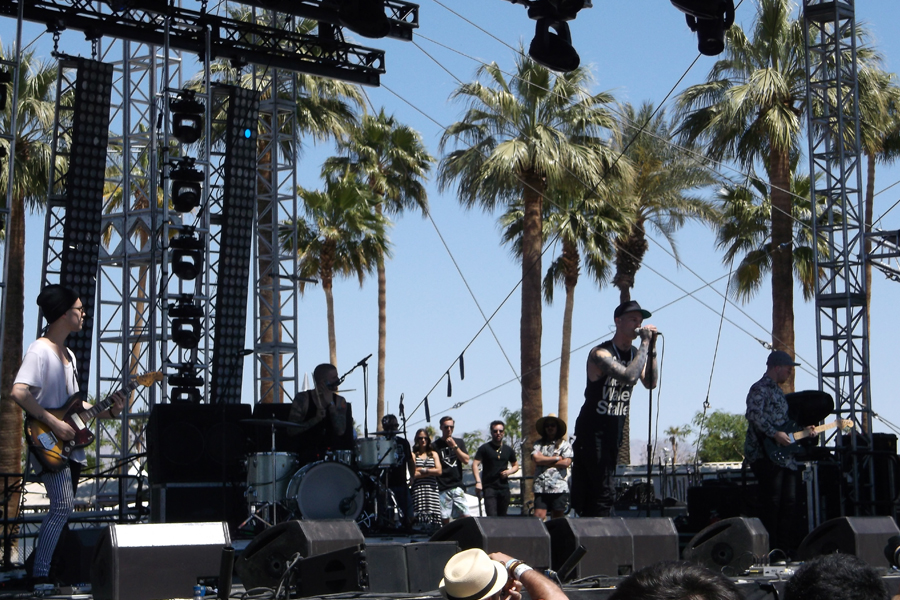 Just getting to Coachella had me wondering if it was going to be more trouble than it was worth. Two flight delays, a cancellation, one rerouting and an emergency landing in St. Louis – I was ready to be fetal. After a 24-hour day, I made it to Los Angeles. My Crew and I didn’t think it would take us another whole day to get to camp. But after California traffic, increased security and an insane number of people, we set up camp around 3am. Despite the struggles, Coachella was a go.

I started off day 1 by checking out the artwork early. I was particularly interested in this giant snail everyone talked about last weekend. It’s not a good meeting point. The snail is roaming art and seemed to swallow the Of Monsters And Men crowd at one point.

On to the music, and I managed to keep to my schedule early on. I was even able to start early and caught a snippet of Lord Huron. Those guys play drums with authority.

The Neighbourhood was target number one of the day, since I dig their track “Sweater Weather.” As they performed, I could tell their upcoming LP is going to be a little more hip-hop/rock than that single. Very intriguing. This set gave us our first stage dive of weekend two as well.

I just got to Youth Lagoon’s set at Mojave on time. It was very different from the last time I saw Trevor Powers play since he has a full band now. The band gave new life to old songs like “cannon.”

Now it was time to get serious. I stretched out after some food to sprint to Stars at the main stage, back to Mojave for Johnny Marr then back and forth again. First for Stars and Marr, this was one of the best pair of sets I’ve seen back to back. Obviously Marr is a true rock star. And he carried that into his set – not just because he played songs by The Smiths. His first solo album translated excellently to the stage. Stars continues to be one of the most energetic and gracious bands to see live. They’re extraordinarily underrated. “You’re ex-Lover is dead” was our first sing a long of the weekend. 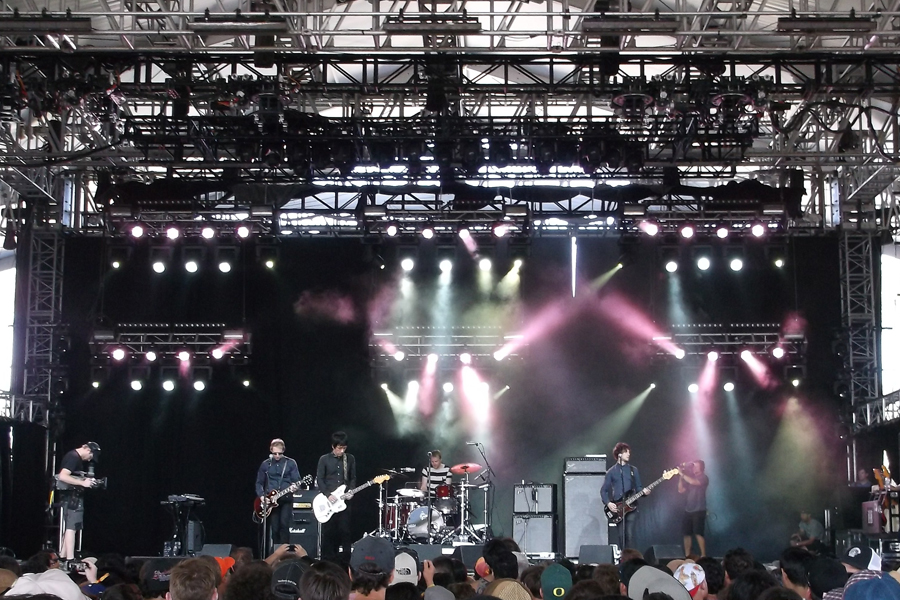 My next lap around coachella focused on the conundrum outlined in my preview for Friday. Snuck in a few songs of the always upbeat and rocking Metric; they were no different today. Alt-J brought the biggest crowd to the Mojave tent of the day as people were spewing out into the grass closer to the Gobi tent where Japandroids were jamming.

After grooving with Alt-J we snagged a few songs of Of Monsters and Men and Passion Pit. Of Monsters And Men three in a new song, but didn’t stand out positively or negatively from their other work.

Palma violets, I decided to cut from my plan and go see Four Tet at the new Yuna Tent. Fail. Biggest problem Coachella has to deal with is the Yuma Tent next year. With a line longer than the bathroom and beer lines combined to get in, it certainly wasn’t worth missing Modest Mouse over.

Or was it? Modest Mouse was a little talkative in its week one set and got cut off while closing with “Float On.” Weekend two featured “Float On” as the set’s second song. Even though the band played a killer set list, they seemed uninspired perhaps after the events last weekend.

But what Modest Mouse lacked, the Yeah Yeah Yeahs had. They won the day with an unpredictable set. Karen O again whipped the microphone around like a ragdoll and even put in her mouth to growl. At one point they rolled out giant eyeball beachballs off the sage. With Sacrilege (featuring a gospel chior) and Heads Will Roll closing, Karen O proved herself as a rock powerhouse and the Yeah Yeah Yeahs as ready to headline Coachella in 2014. The band also played Maps,Zero, Gold Lion and several from their new album.

After the Stone Roses, Blur finished up the night with a peerless performance. Even though it lacked an encore and real energy, they provided a more than satisfactory headlining set. The Universal and Song No 2 sending everyone into a frenzy, eventually sent us home, or to our tents. Where we will sleep or party. Either way well all be back tomorrow, and it was totally worth the travel troubles.