TRENDING
Go to DASHBOARD > Appearance > Menus to set up the menu.
Navigate
2454 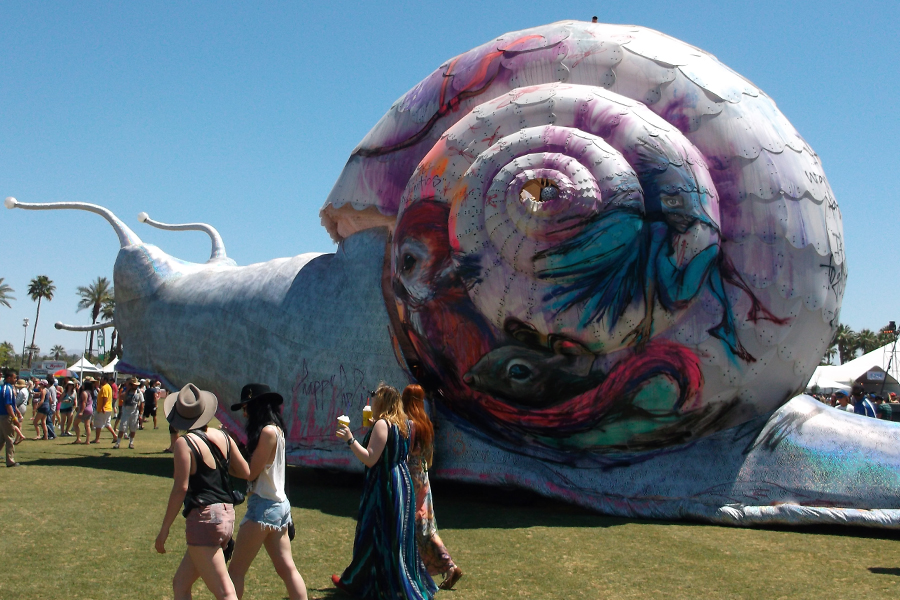 On day three of my 2013 Coachella experience, the desert finally got to me. I fought off dehydration with plenty of water; I fended away sunburn by lathering on the sunblock. It was the dry desert air that began sucking every bit of moisture from my eyes to the point I just had to close them to stop the burn. Lesson for future Coachellas: proactive eye drops.

This did not stop me whipping my crabby self around the grounds to enjoy the day’s tunes. Mord Fustang was zipping out electronica at Sahara – he’s come a long way from the last time I saw him at a student union building. Later, the house concepts of Robert DeLong pulled me into the Gobi tent.

The theme of the afternoon quickly became rock and roll. Cleveland’s Cloud Nothings followed up DeLong. Their aggressive vocal style sometimes toes the line of screamo but they keep things in balance with relentless shredding on guitars and drums. 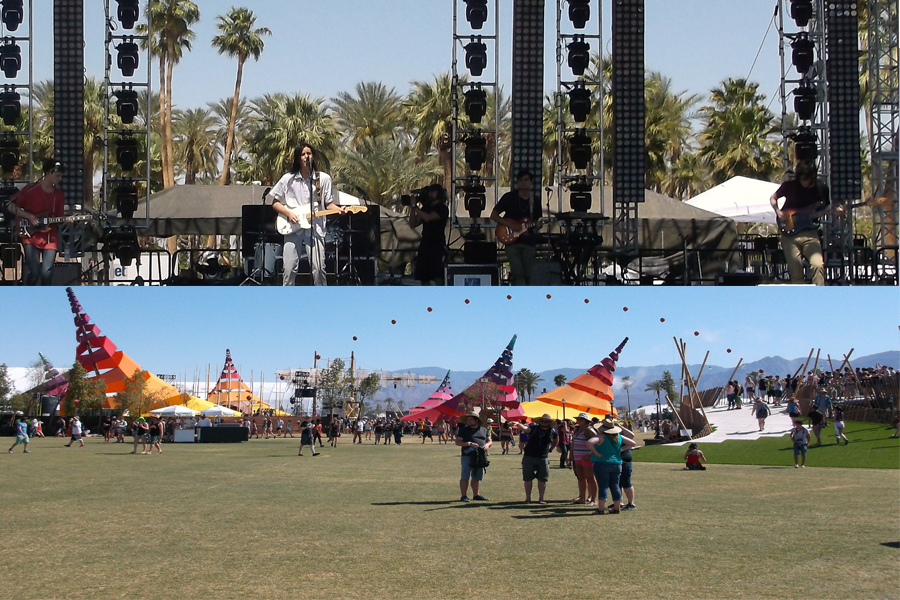 After playing last year’s single “Stay Useless,” I ventured off to the Outdoor Theater for Smith Westerns who were strumming dreamy rock and roll for an enthrall we audience. They played some intriguing new material to go a long with successful tracks from their first album. Considering their youth, Smith Westerns could follow on Tame Impala’s heels and surge in popularity very soon.

Back at Mojave, there was an enthusiastic crowd for Diiv and early arrivals for Jessie Ware. Diiv played the grunge roll well and played their set as such. however, they need to take notes from Jessie Ware on how to work the crowd better. There’s no need to dedicate every song of a set to someone most everyone in the crowd know nothing about. Jessie Ware’s banter with the audience, on the other hand, is embracing, sincere and unpredictable. she is never afraid engage with the audience eve mid-song. Her antics are trumped only by her vocal performance. Ware has the pipes to match Adele or any pop queen, but produces far more thought provoking bedroom pop than recycled top 40.

Meanwhile at Gobi, the theme continued its shift toward synths as Grimes performed. Claire Boucher gave a spectacular technical performance accompanied only by whimsical dancers. Grimes mixed her own synth loops, drum beats and vocals on the fly enthralling the packed tent. 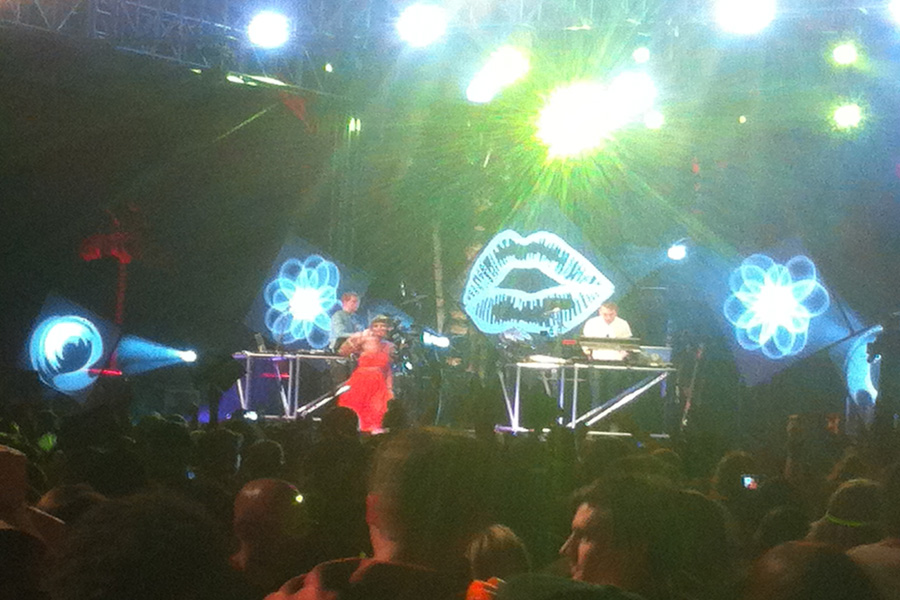 A few songs from the catchy Tanlines and a Prince cover by Alex Clare set the stage for James Blake and another packed tent at Mojave. Though his post-dub, synth loops in “CMYK” are as attractive as any of Blake’s warm smiles, his voice in “Retrograde” stood out. Find the YouTube clips of this song live. It’s in the mix for the best live single of my Coachella weekend.

The very next song on Mojave was just as electric and another candidate for that prize. La Roux hid backstage as “In For The Kill” began, slowly strutting on stage as the first chorus hit. Then with as confident a stage presence as anyone at Coachella, she led a jubilant crowd in a dance party. With La Roux’s show two years in the making, the set was littered with new material that she rocked as loudly as her pink blazer.

My headline circuit included stops at Red Hot Chili Peppers, Eric Prydz and Disclosure, and I wasn’t expecting anyone else. Weekend two of Coachella lacked weekend one’s special guests. No R Kelly and Phoenix or Solange with The Xx. Until Disclosure, as they did last weekend, matched that by welcoming Jessie Ware back to Coachella for an inspired performance of “Running.” They weren’t done either yet, as Sam Smith was brought onstage singing “Latch” to close the festival.

No matter the cause of my tears, I made it through Coachella 2013 all smiles and full of memories. This festival belongs on the bucket list for music aficionados and casual listeners alike – it’s a thrilling adventure for all. Whether you’re stage hopping from noon until midnight, making friends in the beer gardens or scoping out the art, you won’t want your Coachella to end. As for my Coachella, I refuse to admit it’s over. It’s just on a 51 week intermission. 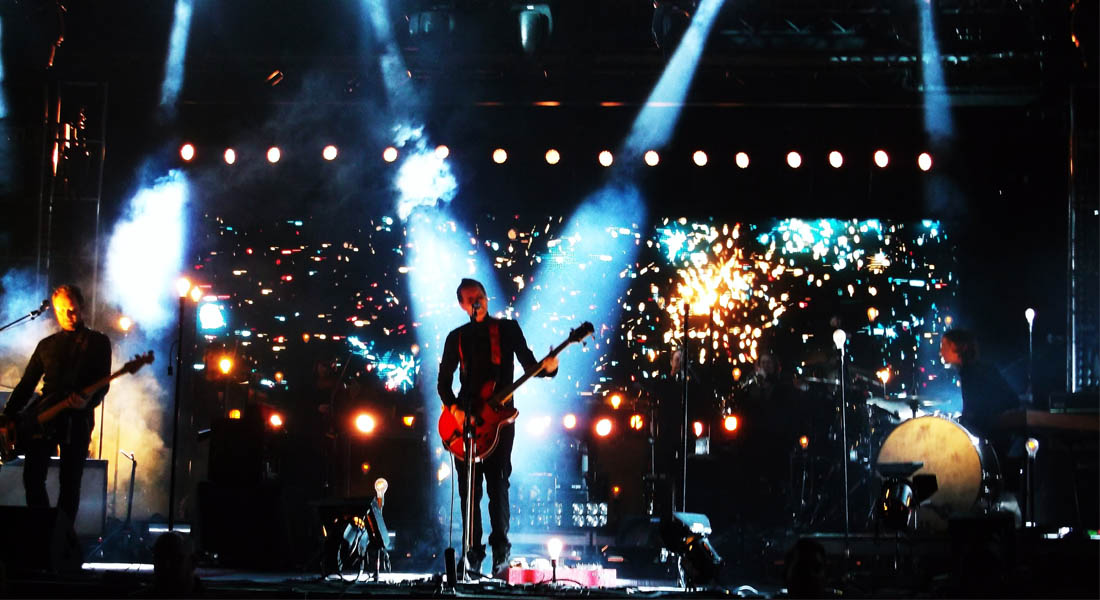