TRENDING
Go to DASHBOARD > Appearance > Menus to set up the menu.
Navigate
3830 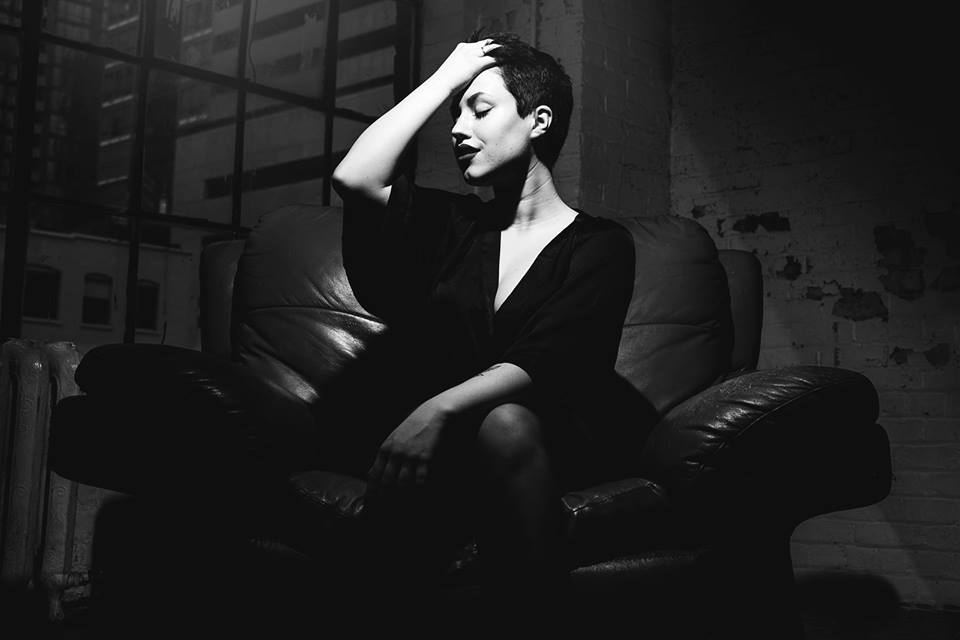 At 19-years-old, Sydney Delong is like many people her age. She’s tired of school after her freshman year studying psychology at Ryerson University, she works part time at The Body Shop, and she is trying to find individuality on her own path. What sets her apart is her voice, which allowed her to preform in internationally recognized music festivals Canadian Music Week and NXNE.

From a petite body Delong projects a deep, resounding, giantess voice – soused in sadness and bereft of immaturity. Her indie, folky, acoustic sound is supplemented with honest and personal lyrics. Her charisma is gravitational, and her overwhelming passion for all things is powerful. Delong’s powerhouse voice and her unique ability to manipulate it makes this Oakville-native’s dream of international recognition a looming reality.

We sat down with Delong with a Vital Protein smoothie on Spadina (she follows a compassionate diet) to talk about finding herself and the music that followed.

Where is your favourite place?
The Loblaws on Church and Carleton. Sexiest looking produce. Mmn.

Where did you get your enormous voice?
I took a lot of serious vocal lessons with Mitch Seekins. He’s the kind of guy that industry people call and say, “this person either needs to get surgery or you have to fix their technique.” Before I met him, I was starting to experience fatigue, or pain. If I were to have continued I would have gotten vocal nodes. He was very strict and I cried sometimes, but I thank him for what my voice is today.

Like Terence Fletcher (J.K. Simmons) in Whiplash?
Yes! I had very high expectations for myself. I learn very fast. Seekins told me, “you’re going to do this because you want to be that good.” He understood that I want to be internationally recognized as an amazing vocalist.

When did you realize you wanted to be internationally recognized?
If I could be recognized even in Toronto, that would be cool. I’ve always sung. I wanted to be a Broadway star, which is where I got my theatrics. Then I got bored from singing classic stuff, I didn’t want to sing French and German, so I picked up a guitar and started writing. I had always tried to write poetry, pathetically. Then I did The Next Star on YTV when I was 15. I made the Top 16 out of 2000 contestants. They didn’t pick me because I was just the ‘indie token.’

After the show, I realized that I don’t suck. People other than my mother think I’m ok! Then I started writing more seriously. I continued to take theory and composition lessons with producer and friend Ryan Switzer at Massive Tank Studios. He really pushed my songwriting. He gave me the self-confidence to continue and worked very hard with me.

Where are you from?
I was living in Oakville, graduating from Iroquois Ridge High School. My mother was born and raised in Oakville. There’s a lot of money in that town, so it becomes something that people don’t really care for. It’s just there. My mom works very hard and my dad is stay at home. Oakville is very cookie cutter: the mom stays at home, the dad coaches the soccer team, and the son makes it to the OHL. In a sense there’s a lot of opportunity because there’s a lot of money in that town, but there’s not a lot of opportunity for someone like me. It was smothering creative me.

You seem to really know who ‘me’ is.
I’ve known for a long time but environmentally it didn’t work. I felt very trapped. The stereotype I had built around myself in that town didn’t fit with the career I wanted for myself. Individuality these days is classified as supporting yourself financially, but no one values actually knowing who me is. I am Sydney Delong and I am me because of these characteristics, because this is how I respect myself. I’ve still got a lot of life and lot of time to learn.

Your songs are really sad.
Dallas Green just knows me, he just knows. For me, it’s a different thing to listen to sad music than it is to write it. I’m a very open person but really, it’s a defense mechanism. There are things I don’t deal with at all, and that’s what my music is about. It’s about me being unable to deal. I cry to my music when I’m really sad. It’s like reliving that emotion. To sing a song that’s sad to me is heart breaking, but its sick and twisted because I also get a satisfaction from the buzz of singing it. It’s twisted that I get singing about my own sadness, my grief, my insecurities.

Do you have to write from a sad place?
Sadness is an emotion that is very familiar to me. The feeling I seem to be able to have the most words for. When I’m happy I’m so focused on other things, I’d rather not sit and write a song, I’d rather go be with that person. Like, I’ve had a massive transition with my parents. My mom worked a lot and it was hard to communicate with my dad. Now I have an awesome relationship with my parents. I tried to write a song about this but I’m not sad about it anymore. What troubled me before, I’m not sad about now.

What are you listening to right now?
I just bought the rest of the Al King record. I’m also listening to The Tallest Man on Earth. His new record is very cute. He’s a very talented guitarist.

Who is someone you look up to? Hang out with?
Mr. Richard Flohil. He is the king of folk music. He was the first guy to bring BB king to Toronto. We’d stalked him down to help me do PR. I like to hang out with people older than me. So that’s Richard. He’s 80. He’s my best friend. When we’re out at night I’m tell him “Richard there are some cute men over there, but they won’t come over because it looks like I’m out with my grandfather!” He’s cool.

Delong will play at The Old Nick on Danforth Ave. on June 8th.