TRENDING
Go to DASHBOARD > Appearance > Menus to set up the menu.
Navigate
10965 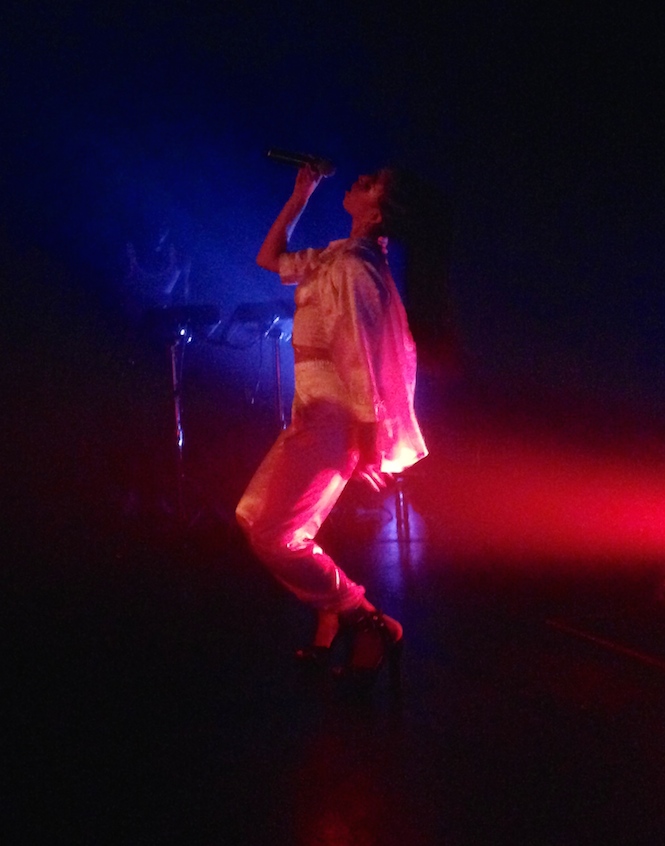 A look into the young artist’s influences and contemporaries

There is no better way to introduce yourself to a genre of music then by diving into the influences and contemporaries of a new favourite artist. FKA Twigs and I have been in a one-sided relationship for over a year now. Her stunning and unique visuals, erotic and compelling vocals and mesmerizing stage presence all have me yearning for more from the young artist. August 12th sees the release of her debut studio album, simply titled LP1. As the British singer continues to push her extraordinary and genre-less music across the UK and North America, with acclaimed dance moves on tour and eye-popping music videos, the public has taken notice. Recent articles praise her including critics with The Guardian, Pitchfork and Fader (to name a few). FKA Twigs debut album has been titled the strongest of the year by many. The clash of sounds, melodies and lyrical exploration satisfy the soul in fascinating ways, LP1 feels like both a pop record and something else, something more important… a challenge to develop something fresh, yet uncanny.

One recent issue that seemed to create tension between the chanteuse and Guardian journalist Ben Beaumont-Thomas in an interview that Twigs will continue to face is the trouble labelling her music. We live in a society that thrives on conventional labels, the artist Formally Known As Twigs wants to break that. The interview mentions her desire to be “singular”. She states “I don’t see anyone else doing that now. It’s got loud noises in there, the structures aren’t typical, it’s relentless. It’s like punk; fuck alternative R&B!” This aggression is in response to her being bunched in with alternative R&B artists such as Banks, Kelela and SZA, arguing that the boxing of her music is based on her race. She told Beaumont-Thomas:

“When I first released music and no one knew what I looked like, I would read comments like: ‘I’ve never heard anything like this before, it’s not in a genre.’ And then my picture came out six months later, now she’s an R&B singer. I share certain sonic threads with classical music; my song Preface is like a hymn. So let’s talk about that. If I was white and blonde and said I went to church all the time, you’d be talking about the ‘choral aspect’. But you’re not talking about that because I’m a mixed-race girl from south London.”

After two EPs and a debut album, many fans will be satisfied for a while, but for those die-hards of the chanteuse, why not reflect on how music has shifted and developed to lead to an artist such as FKA Twigs? The blended genres of Hip-Hop, R&B and Electronic that pulse through her songs have a debt to the Nineties Trip-Hop scene, a perfect opportunity for many to introduce themselves to the genre. Although she argues it, her sense of melody relates to contemporary R&B-meets-pop such as Aaliyah (whom she also has a similar appearance with). Snippets and sounds collide together from a number of musical genres, but what sets her apart will continue to be her FKA Twigs’ energy. If you have the opportunity to see her live you will understand, she owns a room with a calm and peace that can not be taught. Her sense of space within the music and her confessional but ambiguous lyrics repeat in the listener’s mind trying to delve more into the artist’s mysterious thoughts. Between clicks, bass, 808s and other percussion the performer seems to simply float or glide between each noise as if it was a natural experience.

Trip-Hop may be the best place to start if attempting to construct the woman’s atmospheric sound. The genre is most associated with the Nineties when it reached it’s pinnacle of commercial success thanks to artists like Massive Attack, Tricky, Portishead, etc. The elements of breakbeat, hip hop, acid-house, and soul created the alternative genre. Trip Hop birthed many sounds we still hear in mainstream music today, a notable example would be Lana Del Rey’s use of breakbeat and trip-hop in her ballads within the Born To Die album. Emile Haynie, a collaborator of Del Rey’s is also credited on LP1.

Massive Attack was one of the original successful Trip Hop acts and it doesn’t take much to hear similarities between the band and FKA Twigs. A song such as “Mezzanine”, released in 1998, recalls tracks from FKA Twigs’ two EPs including “How’s That” and “Weak Spot”. The acclaimed group are one of the first to bring Trip Hop into popular culture with the album Mezzanine selling over 4 million copies. Their psychedelic and atmospheric sounds create an energy similar to how FKA Twigs might, while both aren’t afraid to throw a few clashing sounds into the mix for emotional response.

Fellow British act Tricky, another pioneer of Trip Hop from the Nineties would fit right at home next to our new favourite chanteuse on a playlist. The use of Jazz and Rock are slightly more prominent then some other Trip Hop acts. His slightly whispered vocals and use of underused instruments such as many wood percussions can be heard in FKA Twigs’s complex soundscapes. Tricky’s debut album, Maxinquaye, remains an essential of the genre and of the decade it derives from. Many of the vocals, along with Tricky’s, are from then-girlfriend Martina Topley-Bird. The soulful artist has had an underrated career with many re-introducing themselves to her vocals thanks to The Weeknd’s sample of her solo track “Sandpaper Kisses” in “The Birds Pt.2”.

Other female artists from Nineties who utilized Trip Hop’s fascinating style include the legendary Bjork. Attempting to categorize Bjork, notable when thinking of FKA’s reaction to ‘alt-R&B’ labels, is nearly impossible. Bjork’s relation to Trip Hop and our current look at LP1 is most notable with her 1997 classic, Homogenic. The rich instrumentation washes over her intense vocal delivery with such an ease, it’s like the tide slowly smoothing out the sand. Tracks such as “Immature” or “5 Years” would slip into the debut by FKA with a similar smoothness. While FKA Twigs might not have the intensity and coarseness of Bjork’s vocals, she does offer a wide range and an improvisational use of her vocals, whether making odd sounds or touches of auto-tune for effect.

Experimentation of sounds, whether through crossing genres such as these artists have, or through playing with one’s own throat and the vocal deliveries one creates, allows for something so fresh from the typical pop songs we hear today on the radio. FKA Twigs has a vocal style all her own, ranging from the faintest whisper to the glass-shattering falsettos. Pitchfork recently compared her range to that of Kate Bush or Tori Amos. Her experimental uses compare to that of Bjork, and even performance artists such as Laurie Anderson. Anderson’s 1981 “O Superman” has a clear influence on “Water Me” from FKA Twigs thanks to the metronome-like vocal sample delivered. FKA Twigs proves to have mastered a wide variety of concepts when it comes to how to deliver her lyrics, not settling for simply sounding beautiful or conventional.

While many of these artists originated their craft long before FKA Twigs was working on music, a few artists currently related to the chanteuse are worth adding to that playlist as well. Burial, the electronic producer, has mastered ambient and rich tracks full of numerous styles and sounds. “Rough Sleeper” would be a fine example of how FKA Twigs and him collide sonically. His last EP Rival Dealer continues his streak of acclaim.

Similary complex production can be heard from FKA’s collaborator Arca. His production has found acclaim through FKA Twigs’s EP2 and Kanye West’s Yeezus. His own releases include the mixtape &&&& and tracks such as “Fluid Silhouettes”. His own work only pushes further into surreal and uncanny musical undertakings. Do you hear the Britney Spears sample in “Fluid Silhouettes” for instance? Thanks to the massive acclaim LP1 is receiving expect much more to be heard from Arca in the near future (hopefully on the next Kanye album).

FKA Twigs has released something beautiful and compelling with her debut, a cohesive album that allows a look at the young artist without giving away too much. The sense that the performer has many tricks up her sleeves is clear. Her wide range of inspirations and contemporaries probes that she is a knowledgable and smart musician. The mainstream music we hear today does offer more variety then ever before with genres crossing each other constantly, but often this doesn’t necessarily mean it’s with the right intentions or is sincere. Miley Cyrus and Katy Perry were both questioned for their uses of Trap and Hip Hop culture for instance. The genre-less FKA Twigs said it best herself, she wants to be ‘singular’, her music is her identity and no other labels are needed. The look into other artists within this article are not to compare or to question FKA’s intentions, it is to highlight how such a strong and compelling artist might have arrived at the sonic palette she calls home and to allow those who are curious to find a similar soundtrack for oneself.