TRENDING
Go to DASHBOARD > Appearance > Menus to set up the menu.
Navigate
2802 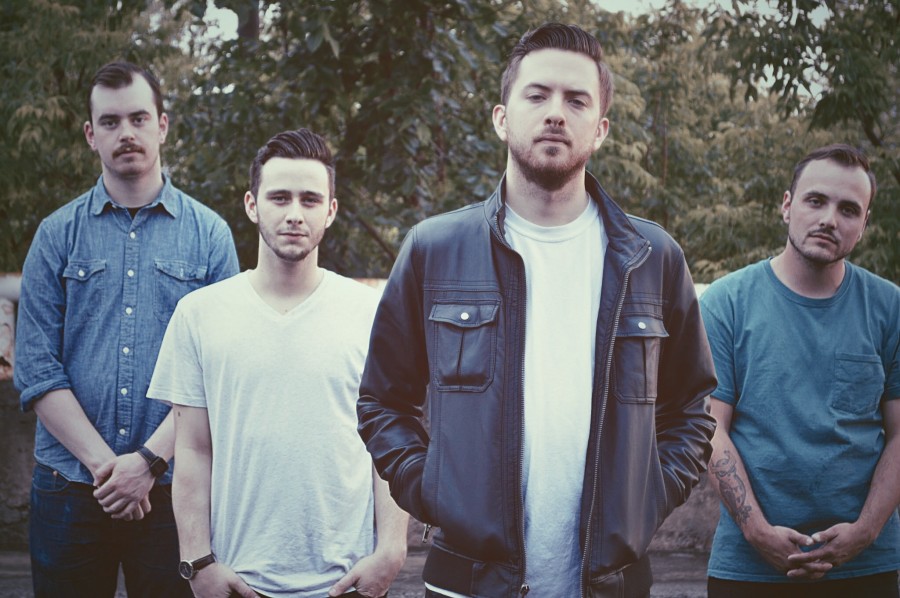 Listening to a band’s first release is a lot like the aftermath of a first date. Best case scenario you find yourself in total bliss, eagerly wanting more, worst case scenario you feel bitter and betrayed. With that being said, Wild Love’s debut self-titled release falls very much in the first of those scenarios.

Taking influence from bands such as Queens of the Stone Age, Brand New, Superheaven, and Thrice, this Ottawa based four piece bring with them an intense, raw, and energetic sound. The four piece comprised of Adam Feibel, Nat Plamondon, Cody Coughlan, and Mathieu Nadeau-Lemyre, are looking to bring back or perhaps reinvent rock ‘n’ roll. Fusing the blistering aggression of punk and grunge with the slow and somber notes of post rock and ambient, Wild Love has carved out their own unique place within the landscape of rock. The album is quite unique because of it’s separation from traditional tropes of rock, while still paying homage to the somewhat stagnant genre.

The album opener “Wonder” begins like a hard punch to the gut. The driving drum beat blends amazingly with the furious guitars, eventually slowing to a more controlled pace as the vocals come in. However the serenity is quickly broken as once again the track reacquaints itself with the chaotic yet melodic fury from earlier. Following the pace set by “Wonder” the albums second track “Lonely Road” keeps the energy going. It’s in this track that you begin to hear Wild Love’s blending of multiple genres. The song opens with a more traditional rock sound, however as the track progresses the clean vocals give way to screams heard mostly in punk and hardcore. The two songs serve as an amazing introduction to what Wild Love is attempting to do. Their combination of somber rock sounds with the raw energy of punk leaves the listener in a state somewhere between introspection and aggression.

While the self-titled album bears it’s teeth in the first two songs I have to admit the slower and more melodic tracks “Everyday Ache” and “Life Without” are truly the stand out songs on the album. It’s in these songs that beauty of Feibel’s voice really comes into it’s own. You can feel the emotion, the pain, and the conviction in the lyrics, while the guitars and drums drive the connection to the listener. While not completely out of place these two tracks feel almost separate from the rest of the album. Instead of driving rock beats they are lead by more somber and almost folk sounding melodies. That is in no way a bad thing, in fact it seems to just add on another layer to the beautiful combination Wild Love has created in this album.

The albums closer “The Way It’s Always Been” is perhaps the perfect ending for this album. The song takes heavy influence from ambient and indie with its atmospheric melody and controlled vocals before erupting into a driving rock sound that the album seems to be built on. The title of the track itself seems to pay homage to what Wild Love is attempting to do. Music and especially rock has always adapted itself through the incorporation of other genres and to Wild Love it’s just the way it’s always been.

Listening to Wild Love evoked in me a feeling I hadn’t felt in a long time. I’ve always been a fan of rock and punk, but over time the genre had begun to feel complacent. Small innovations arose, but for the most part every song and album seemed to follow a similar structure. Wild Love obviously felt the same way and when they decided to write this album it was clearly their goal to change the landscape of rock. The album is a roller coaster bringing the listener to crescendos of aggression then quickly switching it up to become more somber and melodic. In a time when so much of music is easily categorized and pigeonholed, Wild Love is showing everybody that they won’t let rock be so easily defined.

Wild Love’s album is available through Itunes, Bandcamp, and Spotify. Also be sure to check these guys out on Facebook and twitter to keep up to date with any news they may have.