TRENDING
Go to DASHBOARD > Appearance > Menus to set up the menu.
Navigate
3172 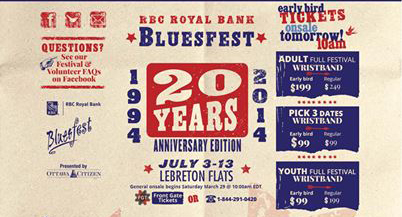 July truly is the best time of year to be in the city of Ottawa. Not only is patio season in full swing, but July also signals the arrival of some of the greatest events Ottawa has to offer. Ottawa’s Bluesfest is in North America’s top 10 festivals and happens to feature some of the best and most talented artists you can think of. The nations capital has witnessed the festival’s growth from an event that occurred right downtown, to a festival that attracted such vast numbers that it was forced to move to Lebreton Flats. This year is the 20th anniversary of Bluesfest, and in an effort to appeal to a wide variety of music fans, the festival has signed on huge acts such as Lady Gaga, Snoop Dogg (Lion), The Killers, Queens of the Stone Age, and legendary rappers Cyprus Hill. With the arrival of new landmarks such as Lansdowne Park, and the re-construction of Ottawa’s core, this year figures to not only be a special year for this festival, but one to remember for the city of Ottawa itself. With this in mind, the energy surrounding the The 20th anniversary of this mid-summer event is definitely one you shouldn’t miss. 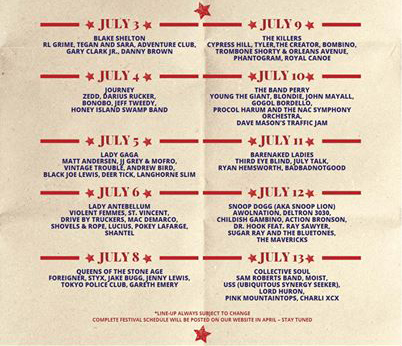