TRENDING
Go to DASHBOARD > Appearance > Menus to set up the menu.
Navigate
2784 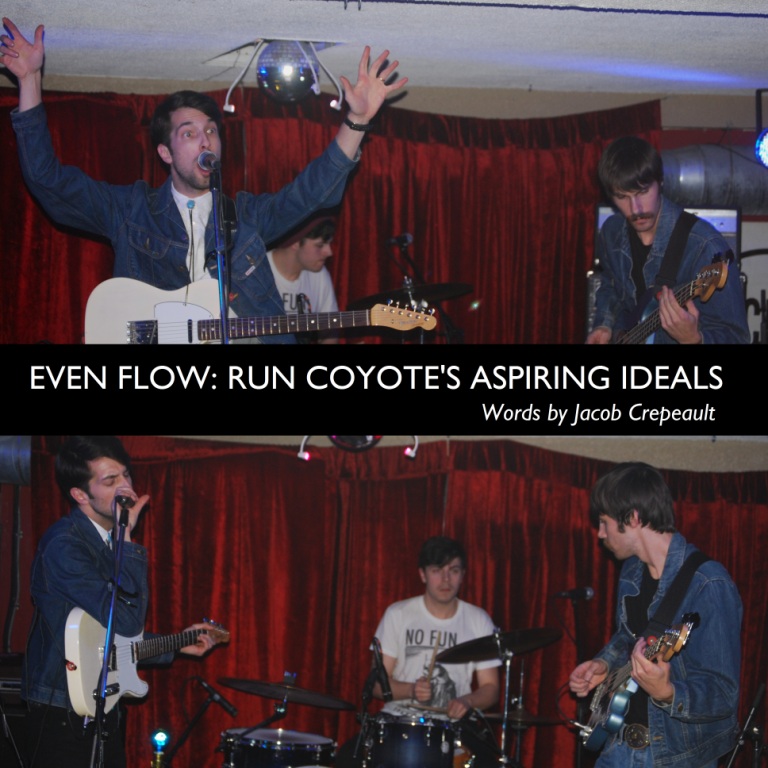 Young bands have so much going for them. In their infancy, bands have a hopefully prosperous career in front of them and are eager to get going. London-based alternative act Run Coyote fall into this category with their bright minds aligning for an ultimate goal of success.

Run Coyote, made up of Sam Allen (vocals/guitar), Jake Allen (guitar/bass), Amanda Grant (bass/piano), and Jeremy Ramos-Foley (drums), have released one album to date and hope to continue improving on this collection. Youth Haunts was released last October with small stakes and a good number of highlights. The album’s alternative vibe is soaked with countrified twang and angsty punk elements, making it a celebration of many genres. Run Coyote are not tapered to one set of rules as they continue to cross boundaries and explore new territory. While “Love Like A River” is a marching track with a steady groove, “Wreck Of A Man” is a heavy effort that fits into the same pool as bands like Japandroids and Cloud Nothings.

Run Coyote played in Ottawa on Saturday night at House of TARG. Their set was an eclectic array of music, channeling their inner film composer as they brought an atmospheric mood to the room. Draped in deep blue light, Run Coyote hooked in a small crowd and by the end of it, everyone was singing along and one couple started to do the tango. Talk about the power of music bringing people together. Before their set, I had a chance to chat with three of the four members and play a few arcade games with them (killing aliens in Area 51 has never been more exhilarating). Here’s the bulk of what they had to say about their teeming progress and musical aspirations: 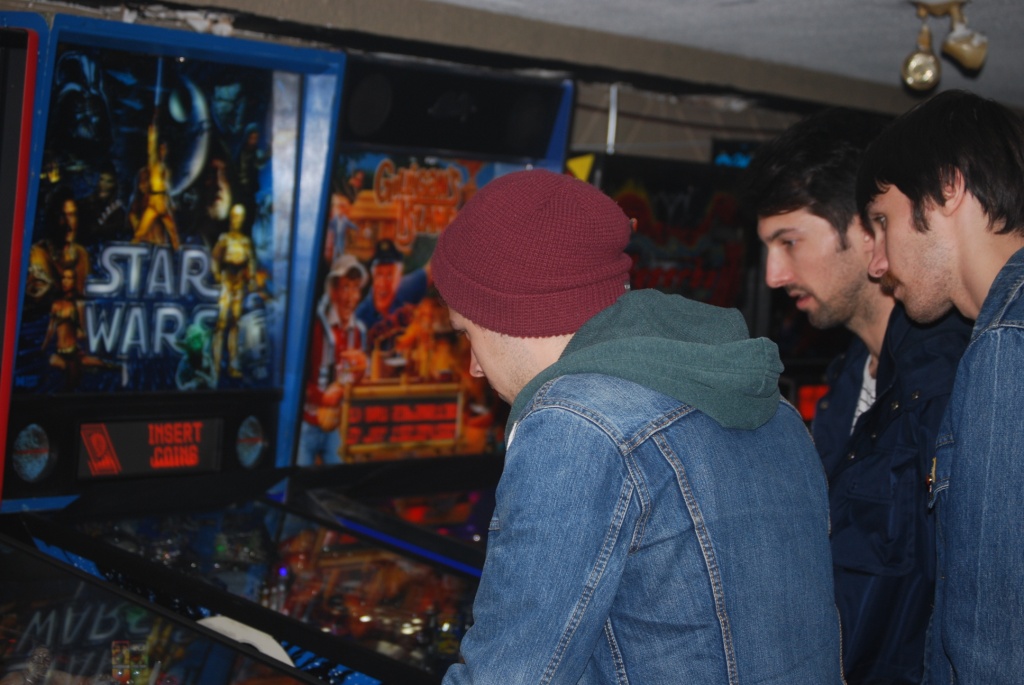 Sam Allen: It usually starts with me coming up with a song idea. I usually build on an idea as far as I can take it, whether it’s with lyrics or guitar parts, and then I bring it to the band and everyone flushes it out. I have a general idea of where I want it to go with the instruments. It’s the old story of having an idea in your head and it’s exciting to be able to bring that idea to life. But then once you bring it to the band, they take it to a whole new level that you didn’t even think it could get to. That’s the process and we’re doing that now with our songs.

SA: We’ve started to demo them ourselves but we haven’t started recording them.

Jeremy Ramos-Foley: It’s the white board process. You start trying things out and seeing what fits where.

JC: There’s no “movie moment” where you can write a song out of the blue and it’s perfect?

SA: I’ve done that a few times in my life. I’ve sat down and written a song in 15 minutes and it’s an amazing feeling but that only happens once every few years. There’s the song “Stranger” on our album that I wrote really quickly. I was shocked but I still had to bring it to the band and work on it.

JRF: Even new songs and playing them live, it’s like a test trial. It’s showing someone else and seeing what they think.

JC: What have been the best and worst parts of this tour you’re currently on?

JRF: The best parts are playing venues like [the House of TARG]. It’s a really neat spot and better than just going to a bar.

SA: It’s really nice going on tour because you get to meet a lot of cool people. You travel around and see the country. So that’s a bonus of getting to see the country. You also get to see the cool spot every night. Every city you go to has their cool spot or cool venue. The low points on this tour, well it’s actually been a pretty good tour.

SA: Sleeping on the floor.

JRF: No drink tickets! And then sleeping on the floor.

SA: And paying for gas.

JRF: Paying for gas in Quebec.

SA: Right now we’re touring in our Rav4. We’re crammed in there pretty tight. There’s only three of us, so it’s not too bad. Normally we tour as a four-piece, we’re missing Amanda on bass, and we still squeeze in there. It’s good on gas. Better than a van.

JC: As a musician, what’s something that you hope to accomplish?

SA: You know, the arena tours, the sold-out shows, the penthouse…

JC: I did see a limo parked outside as I was walking here.

JRF: And that’s ours! Just tonight. [Laughs] We thought we’d trade the Rav in.

SA: But seriously though, I think just continuing to make songs that we really like and hope that those songs continue to connect with people. We hope to slowly reach larger audiences. It’s weird to think, you have an idea in your head of how the album should sound, how the live show should be, or whatever. When you play a really good show, you think to yourself, “That was great”. It feels really good and you have a good connection with the audience. If every night could be like that, that’s something to strive towards. There’s no white board saying we want to achieve all these specific things, but it’s good to think about distribution deals or an agent. But it’s not something we put our focus on.

JRF: Something we’d like to do next year is tour Europe and the United States. That’s a huge goal.

JC: On a completely off-topic discussion, there’s been a lot of talk about this subject among indie rock communities. St. Vincent, aka Annie Clark, she said something about not liking burritos and choosing tacos over them. Out of curiosity, burrito or taco?

JRF: Burrito. You get more bang for your buck.

SA: See, if I was eating out, burrito. At home, taco night is a great night.

Jake Allen: I think I’m the same. I could eat like seven tacos at once.

SA: Something about a taco I just don’t trust when I’m out.

JC: You feel like you’re not a civilized person eating a taco.

JRF: It’s open, anything could get in there. Whereas a burrito is all wrapped up in a little diaper of goodness. It’s perfect. 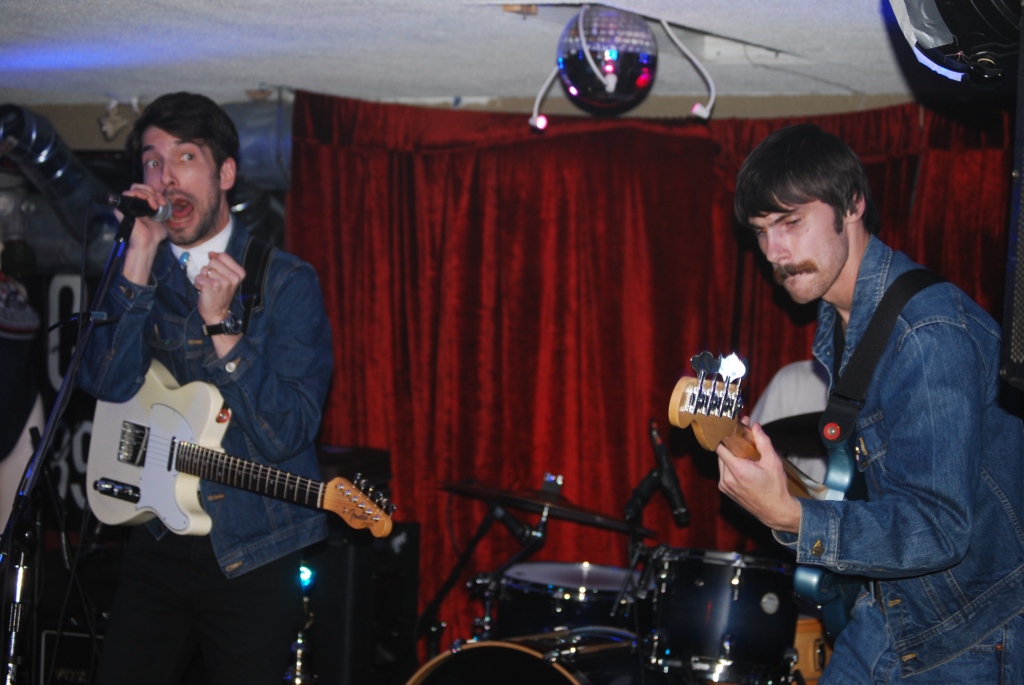 Youth Haunts is available to buy here.
Check out more about Run Coyote at their website.