TRENDING
Go to DASHBOARD > Appearance > Menus to set up the menu.
Navigate
5058 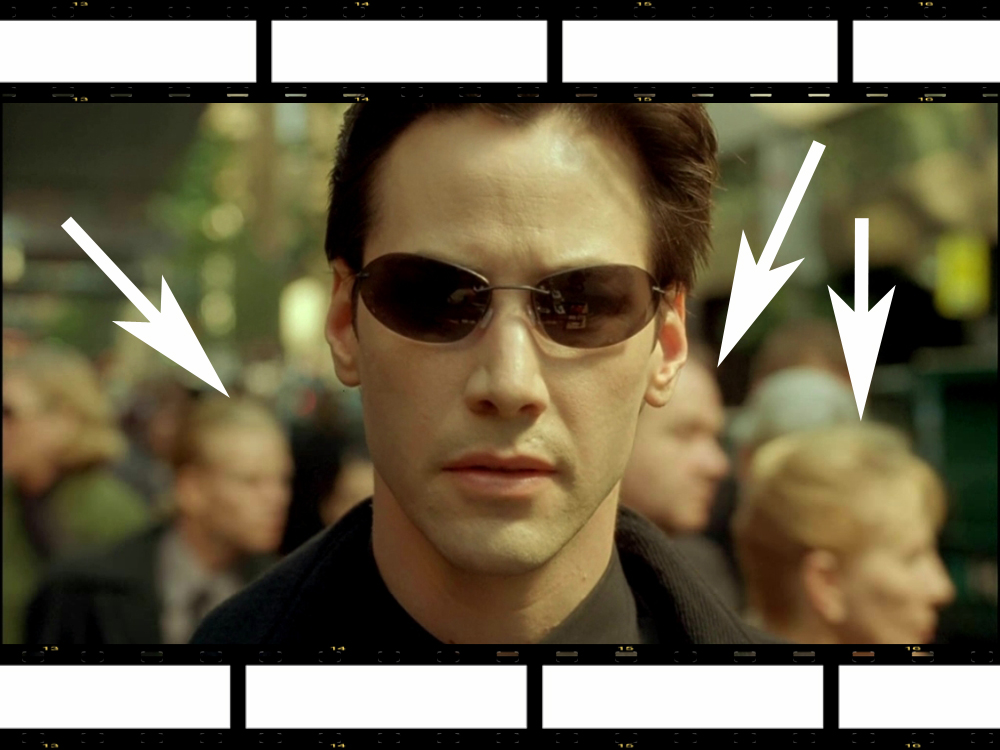 When I was young, I was deeply in love with popular culture. Entertainment Tonight was my daily news because I was a kid, and the real news was boring. I always knew about things like the Berlin Wall, sort of; but I also knew when Spike Lee would release his films, when it was Michael Jackson’s birthday and whether his sister Janet would challenge him for pop supremacy.

Celebrities were my heroes back then, and the movies they made helped shape my imagination into the ridiculous force of nature that it is today. I dreamed of what it would be like to act in Hollywood. I would hop in my Ferrari like Magnum P.I., head out to the world premier of my new Kung Fu flick and kiss my gorgeous movie-star wife on the cheek just as the paparazzi snapped that perfect image. What happened to those lofty dreams of mine? They are alive and well in my imagination’s pipeline, but unfortunately I have a long way to go before becoming a movie regular. That doesn’t mean I won’t get face time on the silver screen.

When you think of movie locations, you think of Toronto, Vancouver and Montreal, but things are changing. In the past few years, I have run into Dominic Monaghan who played ‘Merry in The Lord of The Rings, Mischa Barton, who was filming two blocks from my downtown apartment, and glimpses of Ottawa itself in all kinds of films. The city of Ottawa is rising in many areas that its skeptics never thought possible, and film production is one of the industries experiencing a boom.

My good friend Joey Krueger contacted me a few weeks ago about her new job at Smyth Casting – the National Capital’s premiere casting company. In short, she was on the hunt for extras to appear in two productions right at home in Ottawa and wanted to know if I was down to give it a shot. This year alone, her casting company has been involved in nine movies of the week, three feature films and a CBC mini series. Additionally, Smyth has cast numerous principle roles from their database of background extras and actors.

With all of this in mind, if you haven’t guessed already, I jumped at the opportunity. 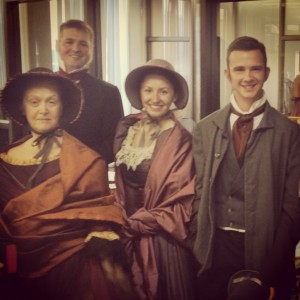 The film I worked on is called ‘Tell the World’ and is set in the 1800s. When I heard that, my first thought was, ‘Please don’t turn me into Toby from Roots.’ Although I didn’t really know the story behind the film, I was still excited to participate whether I was a background Toby or not. Once I arrived on the set I made my way to the costume trailer to either wear the clothes I brought (a white dress shirt, black pants and a black vest), or wear the clothes they decided would best fit the scene. They didn’t turn me into Toby, but I definitely wasn’t living in the big house.

A few Snapchats later, I left the trailer and headed straight to the extras room where I talked with the other background crew while we waited between between takes. I met aspiring sports commentators, actors, retired professionals and off-duty police officers. We discussed everything from how abruptly the final fight in ‘Man of Steel’ ended to how great the NBA playoffs were this year. I also got a chance to find out why some of these people are on set. There was a man I suspected was very rich, but he retired with nothing else going on but the weather. This was his fourth time working the background and from the sounds of things, he wasn’t slowing down. There were the few who came by because ‘the casting company needed people,’ and the few who actually wanted to make a career of being a background actor. One actor explained that he quit his job of five years because it was sucking his soul into the ground, so he spends his time between background acting and doing the odd construction job in the summer. I’m glad he got his soul back. No matter the reason, the people in the background had fun playing their roles for the afternoon and all looked forward to doing it at least one more time.

Background work is immensely important to the production of any film; it’s what makes it realistic. When you think of big productions such as ‘The Matrix’ , the small touches of realism in that film wouldn’t have worked if real people or actors weren’t acting normal in the background. As I watched the crew coordinating the background actors, it made me realize the amount of detail necessary in massive productions like The Lord of the Rings or on television shows such as Game of Thrones. The work that actors do when they aren’t in focus can truly make or break a scene. Decisions made in the background are made on the fly and are based on making things as natural as possible without drawing too much attention. Nothing is written in the script specifically dictating what background actors should do in every scene, so as much as you may get in front of the camera, prepare to patiently await instruction throughout the course of the day.

I was patient. I sat in the trailer, brought my old trusty laptop out, watched a few YouTube videos, made some notes on what I was going to write for this article, and even took a nice 15 minute nap. By the time I woke up, started typing the introduction to this piece and entered my writing zone, one of the wranglers came into the trailer and said ‘I need seven people.’ She looked around the room, counted seven people (I was number four) and walked out with us to the scene.