TRENDING
Go to DASHBOARD > Appearance > Menus to set up the menu.
Navigate
3343 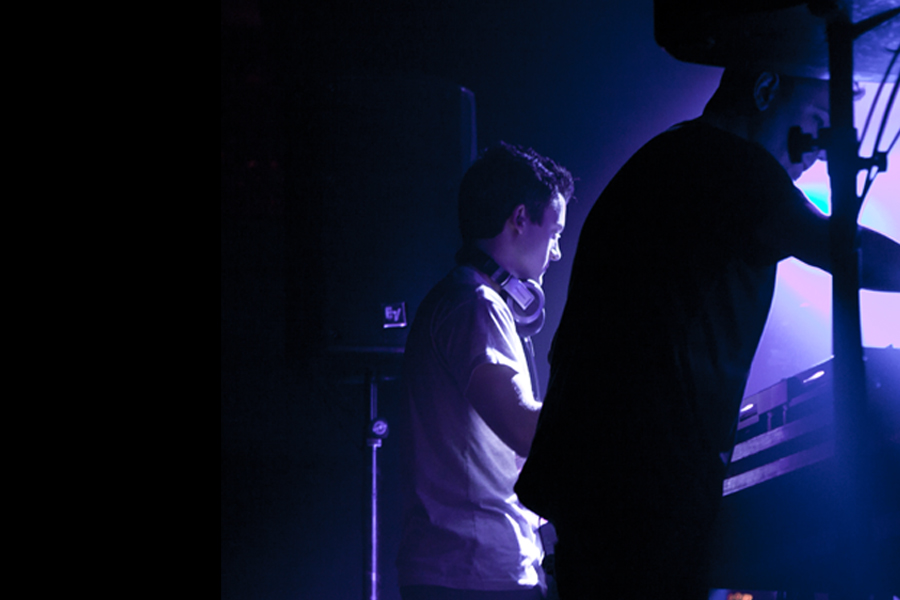 Electronic music has never been in higher demand. With sold out festivals around the world, EDM hits dominating music charts and high budget dazzling shows, the image of the DJ has been transformed to a god like status. Today, electronic artists jet around the world, attend the hottest party scenes and are backed by a mass following of devoted fans. It is no surprise that these artists cultivate celebrity status.

So when I landed an interview with Project 46, one of the hottest progressive house acts to emerge this past year, I couldn’t help but feel excited.

In the span of a year, Ryan Henderson and Thomas Shaw managed to have their singles top Beatport charts, grace stages across North America and have the best DJs in the industry play and recognize their tracks. Their songs have been released on numerous record labels including “Spinnin Records”, “Manufactured Music” and “MonsterCat”. To top it all off, they also managed to land spot #100 on this year’s Top 100 DJ’s list.

In a nutshell, these guys are on fire.

Despite the attention, when the pair strolls into the hotel lobby, dressed in sweat shirts, jeans and sneakers, with grins on their faces and an outstretched welcoming hand, you realize how down to earth these two young men are.

With each word they speak, an aura of excitement and passion fill the air instantly. “We’re doing something we really enjoy doing and any money we make; we invest it back into Project 46. In that sense, we’re really eager to make this work” explains Shaw. 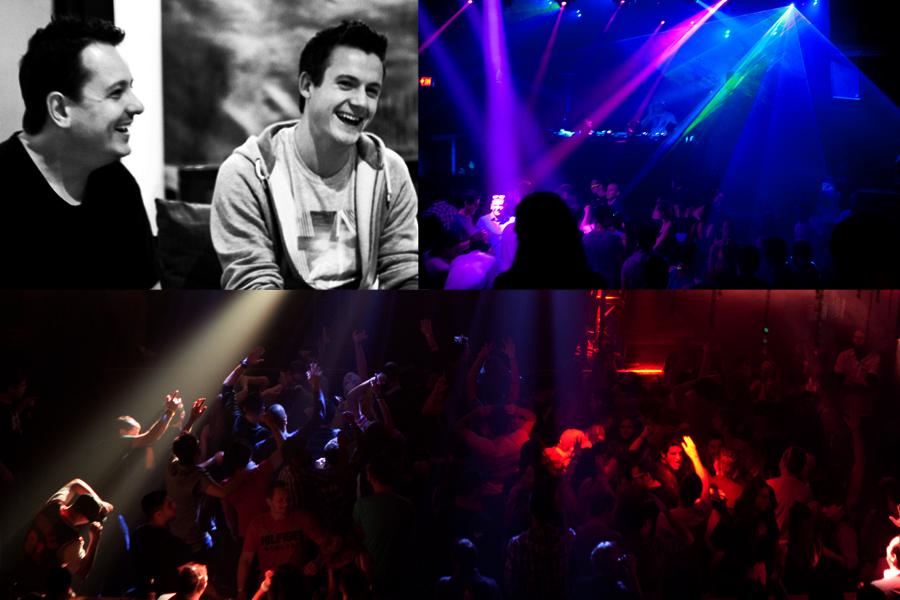 Just over a year ago, Project 46 wasn’t even an idea. Living on opposite sides of the country, Ryan Henderson worked in the night-club business in Waterloo and Thomas Shaw was attending Simon Fraser University in Vancouver. Amazingly, the two didn’t even know each other.

With a musical background in choir, guitar, piano and drums, Thomas Shaw always possessed a passion for music and it was not until his university years that he discovered the realm of electronic. A friend in his computer science program introduced him to electronic music producing software and was hooked instantly. “The thing that really drew me into EDM was that you can incorporate so many genres and so many types of music and still be true to yourself and to what types of music you want to make.”

Ryan Henderson got into the scene in a completely different manner. “I ended up becoming a promoter in the night club business and learned a lot about electronic music…it got my interest and I started to dabble in it,” says Henderson. 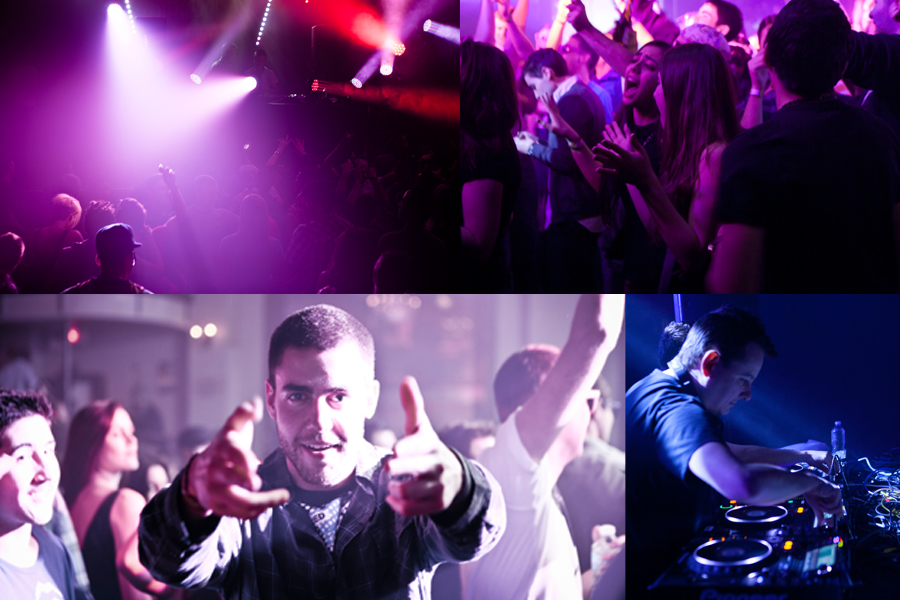 Finding each other over the SoundCloud and discovering their shared passion for electronic music, the two got to work immediately. With the establishment of a brilliant partnership, a hard work ethic and an abundance of enthusiasm, Project 46 was conceived and began to garner attention both in the online and offline world.

Fast forward a year and Project 46 is now a reality and picking up steam. Preparing to play in Asia alongside Kaskade and Tritonal in mere weeks, Shaw and Henderson are bringing their talent to a global audience. They also just completed a track with Adam K that will be released soon. “It’s a very hard hitting track and it was fun to try something new and to change it up,” says Shaw. The two assure me that more exciting collaborations will be announced shortly.

On the surface it looks like success fell into their laps, however it was a tough journey to get to where they are today. “In our first year, we had 3000 plus hours in the studio,” says Henderson as he describes the endless days and nights of work. “It’s a very discouraging business, you hit a lot of road blocks and obstacles and if you don’t have the work ethic, you get frustrated and think that it can’t happen.”

“The thing is we hear the word no all the time, it’s part of the process. For every yes you get, you get 100 no’s and its inspiring to hear no, no, no because it keeps you pushing. When you hear the yes, it’s a great feeling,” says Shaw.

When asked how they are different from other up and coming electronic artists, Shaw and Henderson both agree their independence is what sets them apart. “A lot of younger artists get taken under the wing by bigger DJs, we haven’t really had that, so for us, it’s been more like forging our own path and making our own name,” says Shaw. With a proactive and go-getter attitude, Henderson adds “we haven’t relied on other artists – we have embraced support but we aren’t going to sit there and wait for someone to support us”. 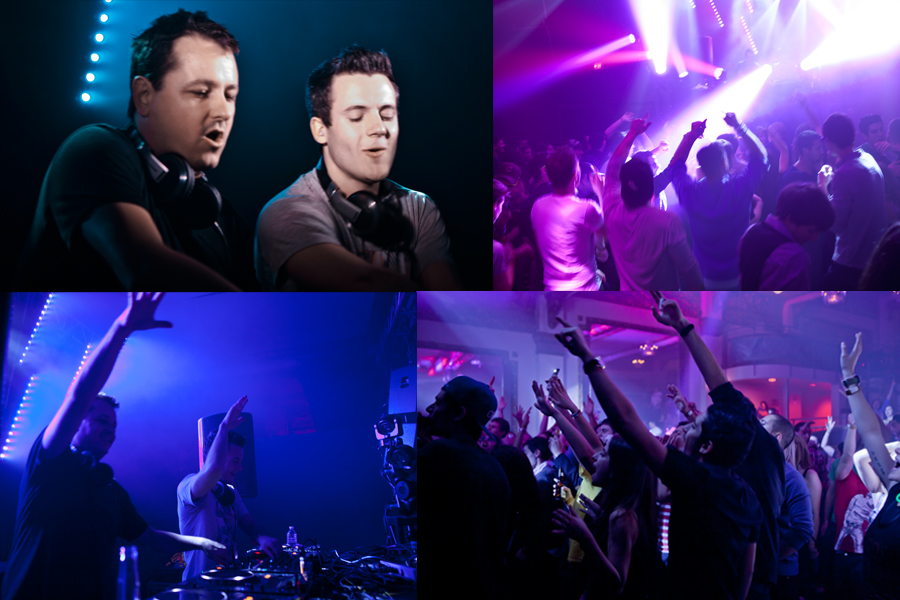 With their worlds turned upside down, Project 46 continues to stay humble and remembers the significance of their fans. “Our fans are very, very, important to us [and] we try to make sure we stay at the same level as them,” says Henderson. As a result, Project 46 release every single one of their tracks for free downloads. “Without our fans, we are nobody so we do what we can,” explains Shaw. The duo has no intentions of ever stopping the free download practice as Shaw believes “you have to stay true to what made you who you are”.

Putting an emphasis on giving back, Project 46 fans are no strangers to “Pancake Fridays”. “Every week we do something as simple as a pancake, which is our version of a mash-up,” says Shaw. Whether it is a mash-up, a freshly mixed set or a new single, you can be sure to count on Project 46 to deliver something new to their fans on a weekly basis.

Switching gears and delving into the highly debated topic of the perceived emergence of EDM, Project 46 gives their insights on the phenomena. “I think it’s been a long process, it’s not been a boom, the sound has been developing for a long time,” says Henderson.

According to Shaw, substantial changes in production have ushered in the electronic era. “The way of producing is so different now – its way more affordable [and] there’s a large amount of talent out there that can make music. Anyone with a laptop can do it.”

Henderson also feels that distribution methods have played a part in the evolution of EDM. “Before, labels controlled what went on the radio but now with YouTube and Sound Cloud, music is delivered differently so the music we’re exposed to is a lot different – [this process] has been happening for a long time, it hasn’t been all of a sudden.”

It’s nothing but full steam ahead for Project 46. Shows all across North America are currently underway and gigs in Asia alongside Kaskade are set for next month. Numerous collaborations with big name electronic producers are completed but still kept under the wraps. The suspense of who the duo have been collaborating with is eating away at me but the pair promise new singles will be announced soon and that the tracks will be worth the wait. 2012 is coming to a close and Shaw and Henderson have achieved the near impossible with no plans of slowing down. It’s crazy to imagine that just a year ago, Thomas Shaw was an employee at Costco and Ryan Henderson was working as a nightclub promoter. The two had no idea who each other were. After discovering their shared passion of electronic music, these two young producers are proof that hard work and dedication go a long way and that it is never too late to go after what you want in life.
Special Thanks. Barrymores Music Hall, Project 46, and DNA Presents