TRENDING
Go to DASHBOARD > Appearance > Menus to set up the menu.
Navigate
3718 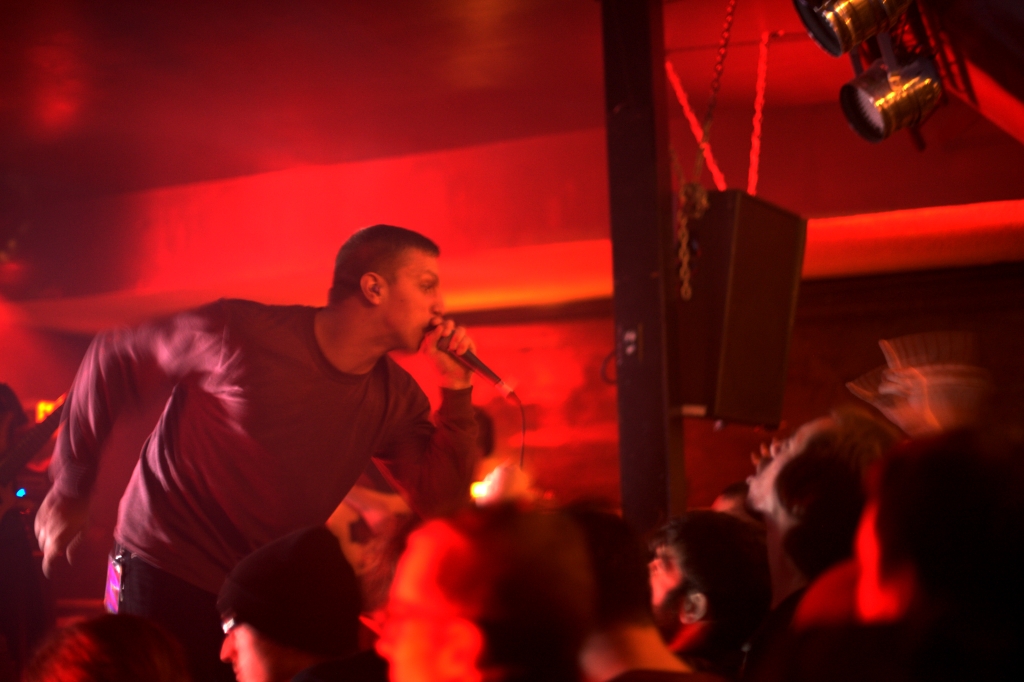 Evolution is a fact of nature. Everything, from the smallest molecule to the tectonic plates of the Earth’s innards, is in constant motion forward. Time is the main cause that allows for such shifts to occur. As time crawls, things change. Human beings are only mere examples of all our worldly changes. We grow physically, mentally, and spiritually in an exponential fashion as the clock ticks away.

Looking back about ten years, I could assume that your favourite music is not the same as it is now. For me, ten years ago, I was listening to such infamous releases as that Crazy Frog song (a remix of “Axel F”), “Crabbuckit” by k-os, and “Another One Bites The Dust” by Queen. Thank goodness my music tastes grew with my age.

The Contortionist is a curious group from Indianapolis, Indiana. In 2007, a clan of young men began a journey that has snowballed into an elaborate and theatrical performance. With the recent announcement of a new singer, Michael Lessard, The Contortionist focused on a more intrinsic sound to their own personal tastes. This soul exploration birthed 2014’s Language, a triumph both in the genres of metalcore and progressive rock. The collaborative achievement of Language gave way to a multitude of new fans who saw the beauty of the album’s diversity.

On one bitterly cold day in February, I had the pleasure of attending a deadly combination of four bands that blew the lid off of a small Ottawa bar. While the opening acts all possessed distinctive qualities that induced slight hearing loss and rowdy raves, The Contortionist stood above the rest. The sheer presence of the group took command on stage and guided the audience on an indescribable voyage of dizzying strobe lights, psychedelic vibes, and the warm embrace of Michael Lessard’s desire to outstretch himself among the head bangers below. A sort of trance seemed to sweep over Lessard throughout the show as his eyes were constantly fixed on the crowd. His movements were heavy, yet strangely graceful. His ability to conduct a small venue such as Maverick’s showed his dedication to his work.

A perpetual mosh pit kept the room alive with aggressive, yet caring moshers whose main priority was safety. A friend of mine recounted after the show, “When I fell down, it felt like a million hands came out of nowhere to help me up right away. I didn’t even realize I was down until I sprung right back up”. The show’s energy never dissipated throughout its hour-long set and with two encore songs, the audience was well-pleased.

Before the multiple shows began, I had the opportunity to chat with Michael Lessard about his perception of the band and what it takes to the frontman of a progressive metal group.

Jacob Crepeault: You were originally a deathcore-influenced band but have changed into more of a progressive metal group. What was it that inspired you to shift away from that original sound?

Michael Lessard: I think it was just growing up, you know. The band started when the guys were 16/17 and that’s a pretty young age to start making music. As you get older, you find new music that you enjoy and you get different influences. Your perspective on life changes and your music changes with it. It’s hard to make the same thing over and over again and if you are, then you’re not really growing as a musician.

ML: There’s a few different ways we go about it. For the last album [Language], we all sat pretty much in the same area. I flew out to Indiana and lived there for three months and we all would go to the same spot, we’d all write, whether it be separately or together. We’d all have our laptops to record. We’d all jam together in the jam space and some stuff would stay, some stuff would get tossed to the wayside. It’s a melting pot of a bunch of different ways of recording. Whether it be recording it in a live setting or us recording and writing on our own, or a couple members working together and then bringing it to everyone else, it’s kind of a mixed bag.

JC: Sounds like you’ve got a lot of different ways to do things.

ML: Yeah, sometimes you get stuck, you hit a wall. Writer’s Block is a pretty common thing so when you hit that wall, you’ve got to find ways to go around it, or over it, or under it. I think different techniques of writing help you get by that.

JC: All three studio albums have been tied together with some sort of concept. What compelled you to have a unifying theme to each of your albums so far?

ML: I think the idea of making [each album] one cohesive piece of music instead of a compilation of songs written over time. That way, when you look at it, the whole album represents a period of your life, your thought process and all that stuff. For me, concept albums have always been intriguing in that sense. Tying everything together is a little more complex of a task but it’s also exciting to have that challenge. It’s no longer song writing, it’s album writing. You can revamp ideas and bring them back later. It opens the doors for pretty cool and interesting things. You can’t really capture the essence of a mood in 3 minutes. I mean, you can, but it’s really brief and vague. So I feel like an album gives you more time to expand and exhaust ideas that you can’t do with 3 minutes on a song unless you play that part over and over. 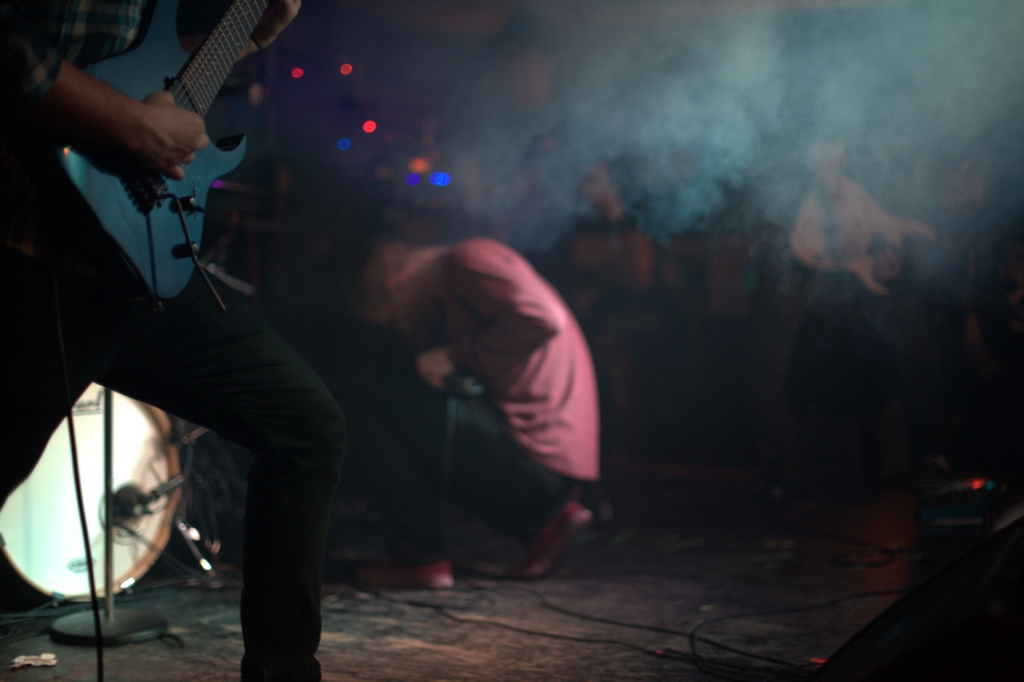 JC: From playing bigger scale venues to small bars like here in Ottawa, which do you prefer and why?

ML: It’s apples and oranges in a sense. I do prefer smaller venues with no barricade. I like the intimate setting. You can be more in touch with the fans and there’s more of a connection. Everybody in the room is part of the show as opposed to when you have barricades up and everything is separated, so people have come to watch you dance and sing on the stage. It’s really weird when it’s that. When it’s a room [where] everybody’s close and everybody’s singing along and everybody’s sweating on each other, everybody’s part of the show. There’s a connection there.

JC: What has been the weirdest concert experience for you?

ML: There’s been a lot. [We’ve played] countries that don’t really speak English, so having to communicate with that audience, talk for thirty seconds while people change guitars, and nobody understands a goddamn word I’m saying. That’s weird. Then there’s people who grab you, try to untie your shoes while you’re playing, and stuff like that gets weird. There was never one show that was like, “Wow, this is really strange”. Also, we have light shows and all that stuff on stage… There was a show on this tour where there was really bad weather. We made it to the venue but the roads were iced and a lot of people didn’t come out. It’s dangerous. So you have this over-the-top production and then you have like 120 people in the crowd. It’s almost like Spinal Tap where’s it’s this extreme entrance and it’s for nothing. Well, not for nothing, but it’s a small audience. It’s just a funny, funny thing. For me, at least.

JC: When the band started in 2007, did you expect the level of success that you have now?

ML: From the outside looking in, being someone who had toured with The Contortionist in my older band, I enjoyed the band and felt like there was something special in the band. They’re so good live and such good people, I knew they’d probably be very successful. I never thought I would be a part of the band but it’s cool. It’s one of those things where everybody in the band, myself included, are very hard workers and we’ve been doing this for a very long time. When I do something, I want to do it as well as possible and I always want to keep getting better. That’s always my main goal and I try to enjoy it while I’m in the moment. I’m always looking to do something better. I expect to do well, I want to do well. In a way, I kind of expected it but it’s also surreal. In order for something to happen, I feel like you have to have a strong vision for it. You have to be able to accept the idea that you are capable of filling rooms of people and play music in front of them. If not, you’ll never take the risk to do it. If you think you’re not capable, you’ll never take the risks and do the things necessary to make it happen. So, I guess that was a longwinded answer, but yes, I did always envision playing shows and be able to draw people and have audiences. But it is still very surreal. It’s funny to think that I had that vision and it’s come to fruition.

JC: It’s great to have that kind of mentality to be able to do these great things. 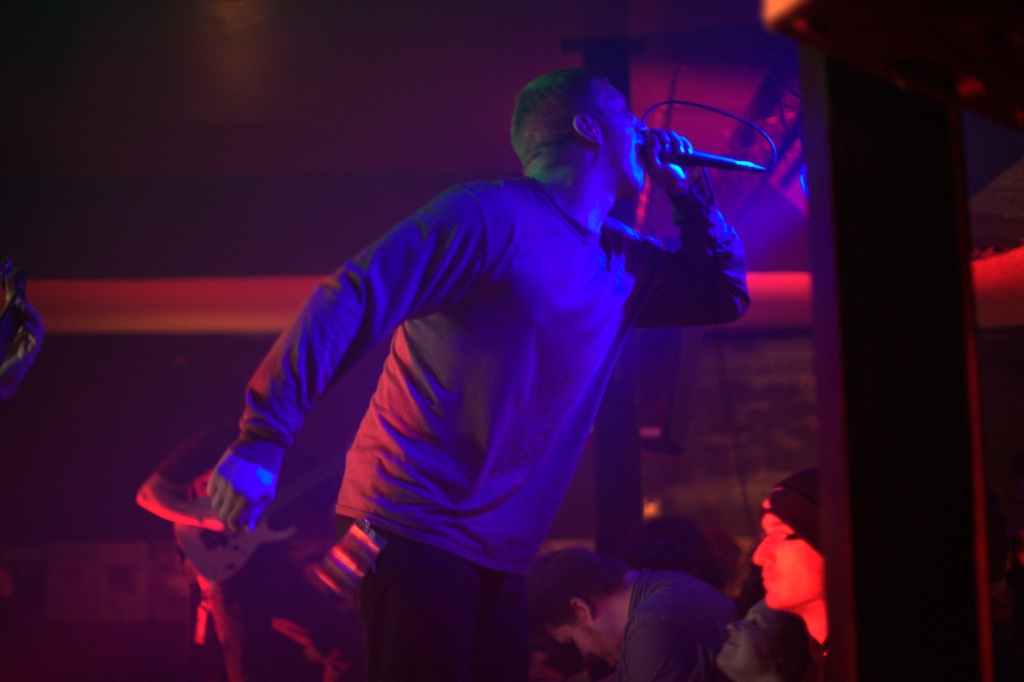 JC: You’ve mentioned that Language was “truer to your musical tastes”. For your next album, will it be similar to Language or will you continue to evolve your sound musically?

ML: I can’t imagine it will be too similar just ’cause of the track record that this band has [and] knowing how much our musical tastes changed, even since we’ve been in the studio. We’re an interesting group of dudes when it comes to writing. We’re all trying to think differently, daily. When we’re working on music, we’ll write something that feels natural, and then we’ll go, “Now what can we do to this to make it weird”. We try to surprise ourselves and that’s really the goal at the end of the day. As a musician, if you write something you didn’t think you were capable of writing, then that’s really cool when you can surprise yourself. And that’s what makes it exciting. If you knew what you were going to write, it wouldn’t be exciting. You would just be doing it to collect a pay check.

JC: It’d end up being a boring office job.

JC: So you always want to take it to the next level, always one step ahead?

ML: The point is to do stuff that’s different. Art isn’t about mimicking, it’s about creating. Granted, there’s shades of interpretations and inspiration in art from various artists that we enjoy, but at the end of the day, it’s about creating something that represents you. It’s hard to tell what perspective and what view on the world we’ll have when we start doing the next album. I’m very confident it’ll be interesting and I feel that we will still continue to evolve and do different things. Maybe it’ll be heavy, maybe it’ll be soft, it’s hard to tell.