TRENDING
Go to DASHBOARD > Appearance > Menus to set up the menu.
Navigate
3386 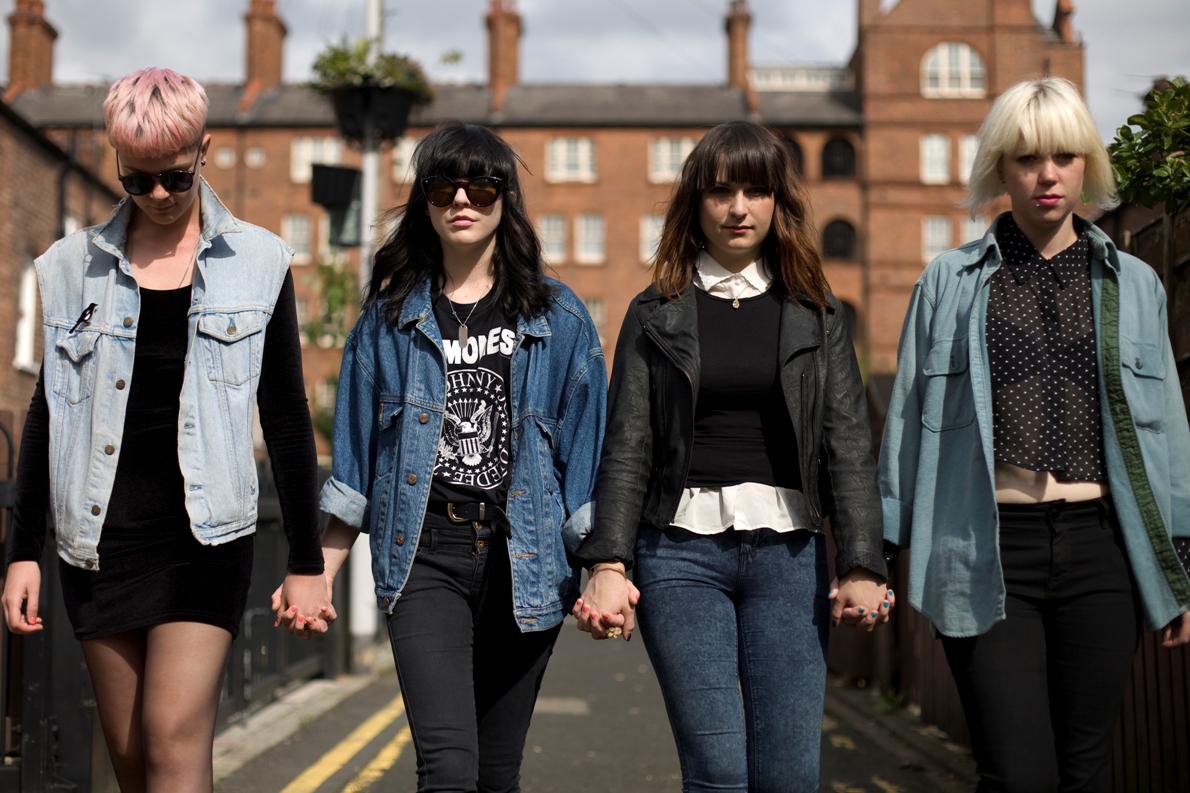 In what sounds like a classic rock opus, PINS have done the unthinkable in 2015. The all-girl bunch have conquered the competition by turning their amps up to 11 and creating some good, old-fashioned rock and roll. While today’s music scene is drifting farther and farther away from Les Pauls and Gibsons, PINS proves that rock music is on the rise once again.

Wild Nights, PINS’ new album, set for release on June 9th, is the result of a week’s worth of recording and experimenting. Band member Faith Vern explained that they had “a plethora of vintage instruments, mics and pedals [and they] recorded everything live in one room and then fleshed it out with overdubs”. While many artists patiently re-record and tweak their creations, PINS’ tour de force is a true testament to the recording process of yesteryears. While Vern said that the recording process was a lot of fun, she still longs for a sigh of relief in her work, “I hope one day we will all feel satisfied, everything feels so temporary right now, like we are riding a big wave”.

One obstacle that has remained a poignant strain on PINS’ aesthetic is their male-absent conglomerate. Following in the footsteps of female-only bands like Sleater-Kinney, Savages, and Pussy Riot, the music industry hasn’t exactly been smiling down upon the group. “I hear people saying it’s difficult for women to get anywhere in music because it’s a male saturated industry but then when a women does get somewhere, they say it’s because she’s a girl,” reflects Vern, “It makes no sense. I do music for my own sanity, not for any other reason”. Women in music have always drawn the short straw. The rock genre has forever been overrun by men, which has led all music to be envisioned as a male-centric business.

Many other women have spoken out on this issue of sexism in the music industry. Björk recently made comments about being overshadowed in her own music credits, citing, “I didn’t want to talk about [being denied production credit] for 10 years but then I thought, ‘You’re a coward if you don’t stand up. Not for you, but for women. Say something’”. Other artists such as Grimes, Taylor Swift, and Neko Case have all stated similar ideas. Women deserve the spotlight for their work too. As Solange Knowles tweeted in 2013, “I find it very disappointing when I am presented as the ‘face’ of my music, or a ‘vocal muse’ when I write or co-write every fucking song”. It’s 2015, let’s make music equal for everyone.