TRENDING
Go to DASHBOARD > Appearance > Menus to set up the menu.
Navigate
2223 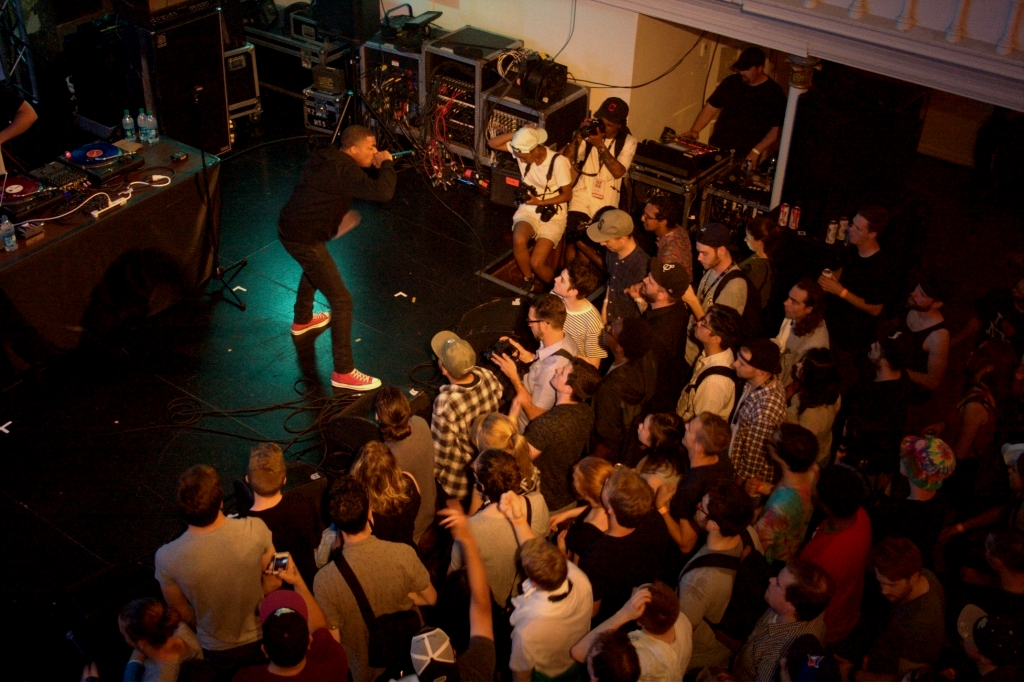 Pitchfork is a great website, eh? No matter how much flack the Pitchforkians receive for their sometimes unforgiving reviews, they know where the real talent is at. Last night, House of Vans, Pitchfork, and NXNE teamed up for a head-scratching night of performances at Berkeley Church. It was a celebration of the diversity of music. The night began with reserved folk and ended with chandelier-swinging hip-hop. It wasn’t the kind of show to go to for a single act.

Prior to the show, I had several encounters with the performing artists. Two members of Amen Dunes isolated themselves in the back of the Mexican restaurant I ate at before the show, rarely making conversation and uttering simple phrases to the overly-friendly waitress. Once I was inside the venue, an old church no less, Jessica Pratt casually shuffled around the room, admiring the lay of the land. She promptly walked on stage at 7pm to begin her homely set. Pratt rarely opened her eyes to the crowd in front of her, remaining in her own safe little world. She quietly cooed “Thank you” after each song. During the slowed-down, dreamy rendition of “Moon Dude”, I found myself hypnotized by Pratt’s fingers. Rather, I couldn’t stop staring at the movements of her hands, elegantly strumming her guitar in an effortless fashion. Surprisingly, Pratt didn’t perform her most recognized song, “Back, Baby”, and took her audience on a psychedelic space exploration instead. 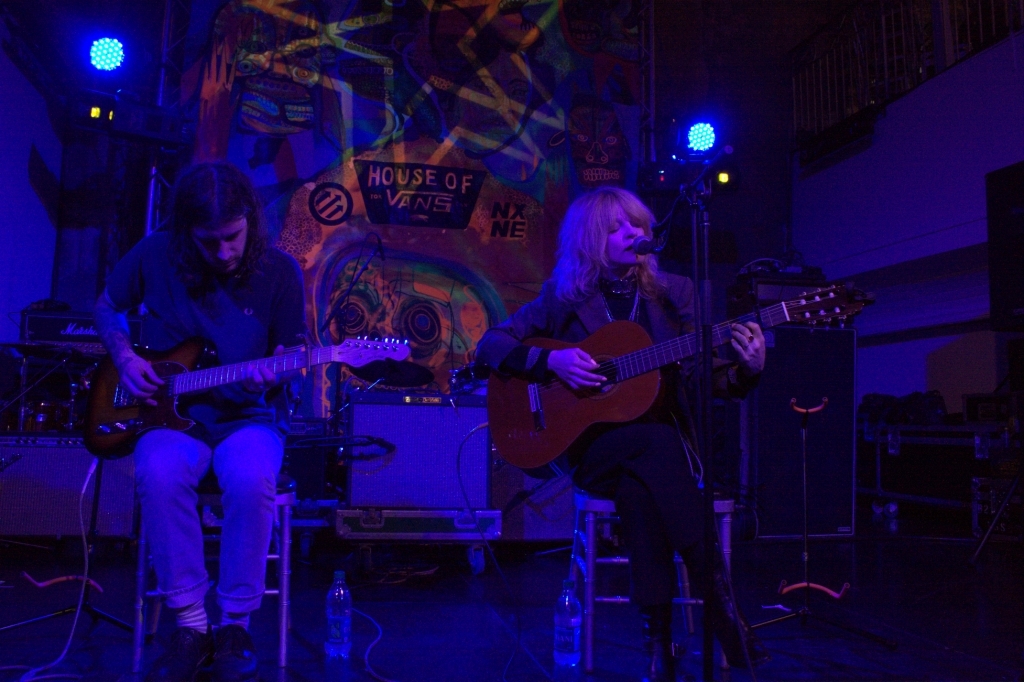 Amen Dunes followed with more calming vibes. Their music bled together, drenching the audience with droning appeal. Lead singer Damon McMahon entertained the crowd by saying, “You guys have it good in Canada. We’re from New York, which is like a B -, so you guys get a good grade”. By the end of their set, the climactic “Love” filled the room with angelic noises. McMahon was lost in the music, scrunching his face and shaking his maracas for all to hear. Sometimes you don’t need a sing-along song to hold the audience firmly in your hand. 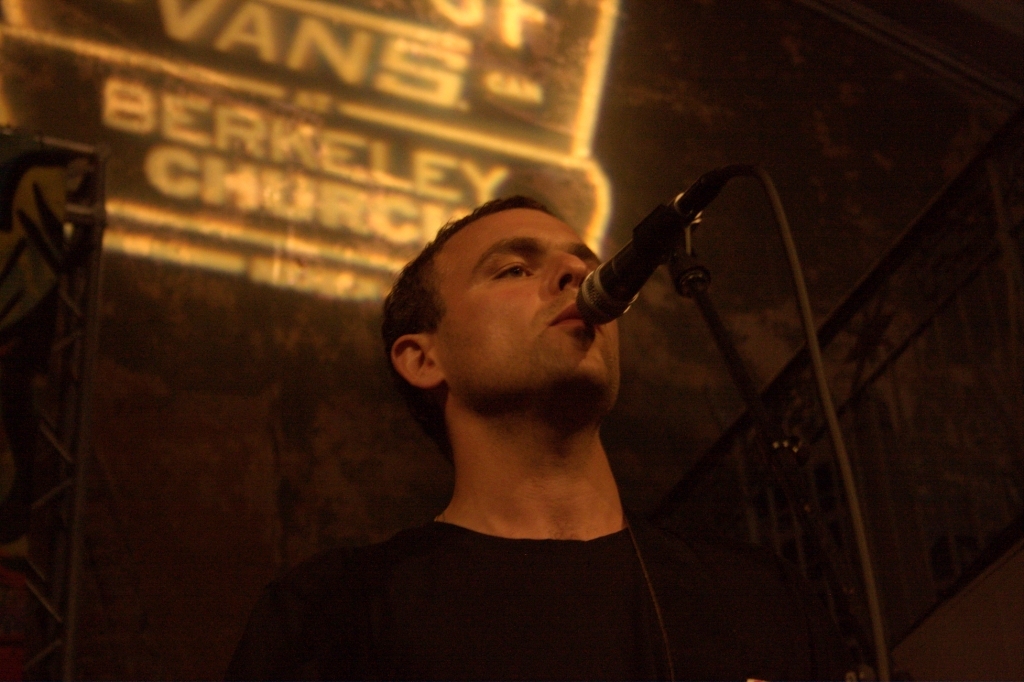 Next up was Majical Cloudz. I must admit that this particular show was one of the more unique ones I’ve seen in recent memory. After the sound check lead by member Matthew Otto, the troubled maestro Devon Welsh emerged. His shaky appearance was that of abundant energy waiting to be released. He began the show by paying a solemn tribute to the victims of the Charleston church shooting, appropriate for the venue. He asked the crowd to join him in a cheer that would show support for anti-violence. Welsh erupted into an ear-piercing shriek and began playing. Despite difficulties coordinating with the stage crew, Majical Cloudz did their best to keep the show going. The crew sourly denied the band less lighting when Welsh quietly pleaded for a darker stage setting. They yelled at them, saying they were wasting their stage time, resulting in one of the songs to be cut out entirely. No matter the troubles that overshadowed the performance, Majical Cloudz brought a raw energy that was well-received. 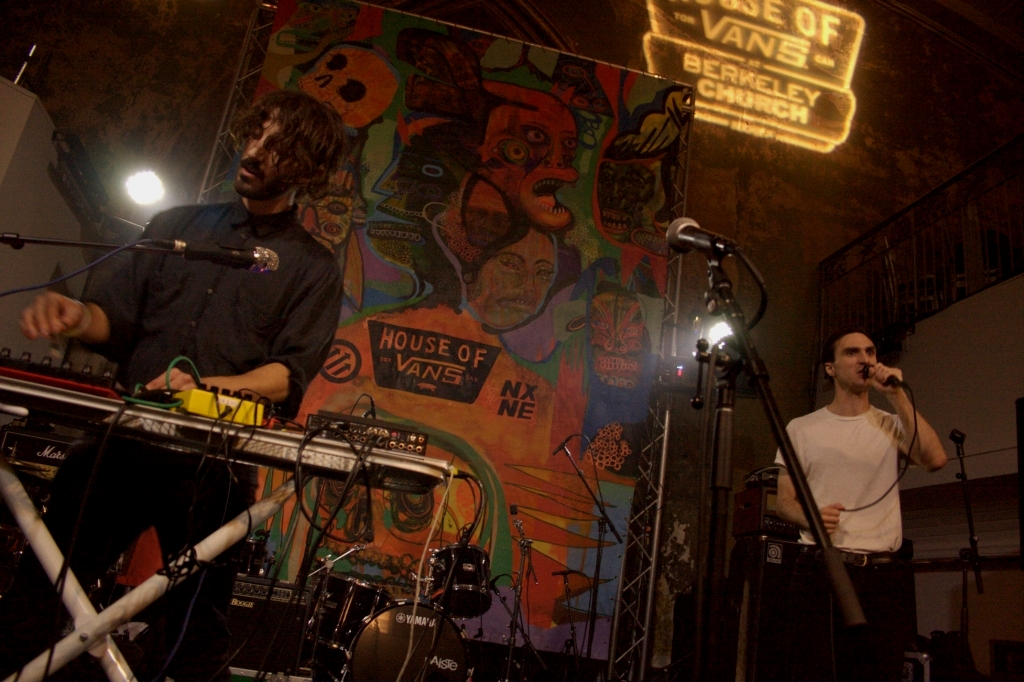 After the eclectic line-up, the room changed drastically. There were no hair-raising voices echoing through the church. It was time for the young talent to shine. 20-year old Tink from Chicago performed a jacked up show to a wild crowd. She kept the audience engaged, spitting slick rhymes and strutting around the stage. Her DJ turned the bass levels up to 11, shaking the entire building with deep grooves. 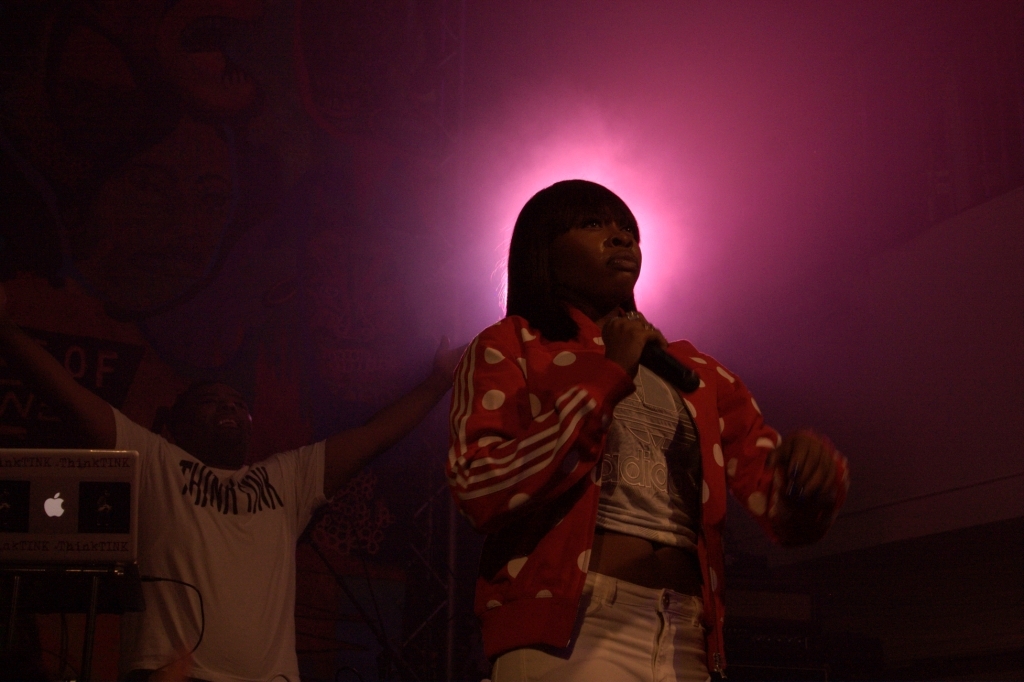 The final performance I saw was Vince Staples. The young rapper has been rising tremendously over the past few years due to his hard-hitting delivery and party appeal. He was greeted with overwhelming cheers, moving right into a blistering recital of “Fire” and “65 Hunnid”. Once the audience was warmed up from the introduction, Staples added a new level of vigour with each song. By the end of the show, the audience was truly captivated, taking everything thrown at them. The cunning one-two punch of “Blue Suede” and “Senorita” drove the room over the edge. The church was on fire and no one was going to put out this flame. 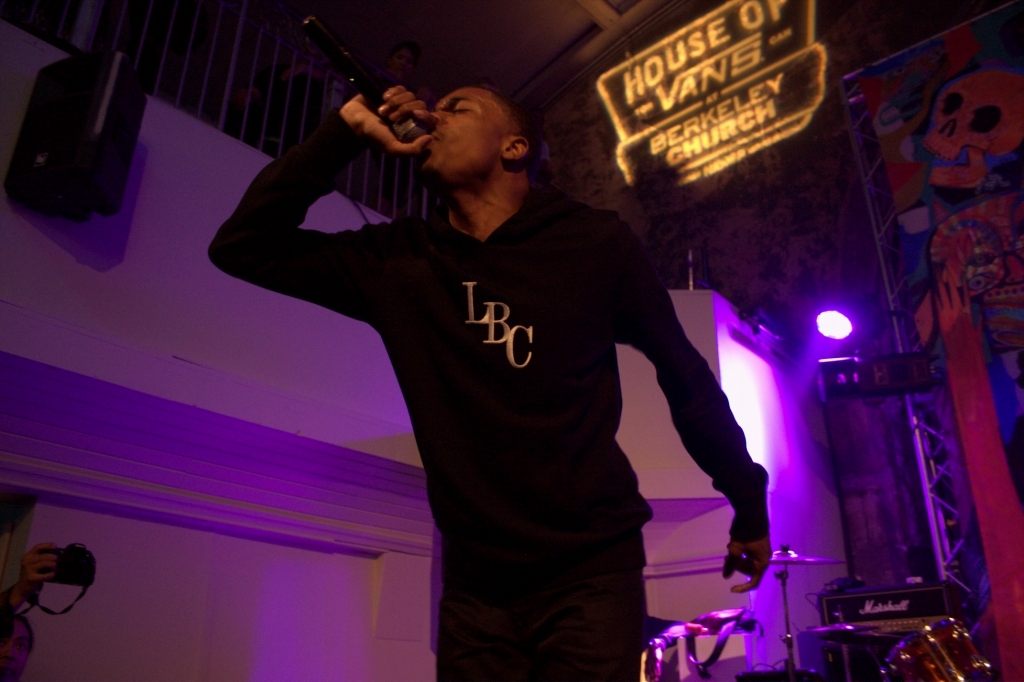