TRENDING
Go to DASHBOARD > Appearance > Menus to set up the menu.
Navigate
3019

The year is now more than half over, but in terms of the film industry, things are still just getting started. Whether that means catching up on movies into the first few months of the next year or the gluttony of high-calibre releases in the last few months of the year, it’s difficult to properly establish the actual midpoint. Listmakers must also contend with whether certain films count as 2015 films based on their release – do you count film festivals? Limited releases? Wide? I made my own rules for this list, which is just a small sampling of a year that has already proven to hold many filmic riches amid uncertain times, from a modern horror classic to the best action flick in recent memory. Here are my favourites.

You must take notice when you leave a movie feeling as though you’ve just seen something you never have before, a story told in an entirely new way with elements to unpack and analyze and, most importantly, enjoy. There is depth to Clouds of Sils Maria, full of poignant moments and reflections on reality, meta commentary that is almost obnoxious in its obviousness. But it is also eminently enjoyable to watch. It is consistently funny, at times voraciously soap operatic, and the performances are otherworldly. Juliette Binoche, as the fading star hoping for a comeback, is heartbreaking and honest, completely aware of every nuanced look and movement, naturalistic and purposeful. Kristen Stewart is a force as we’ve rarely seen her, one of the most talented actors of her generation deserving of far more recognition. Director Olivier Assayas utilizes her with far more capability than any other filmmaker has, letting her deadpan affect turn into something incredibly effective and moving as she performs for us and for Binoche’s character, Maria. She is fascinating, and the film around her is equally so with its aesthetic beauty and intention to make the difference between fact and fiction utterly meaningless. It’s stirring to watch.

David Robert Mitchell’s second film, following the under-appreciated Myth of the American Sleepover, is the most stressful and frightening experience you’ll have at the movies this year. It is a horror film experience unlike most, causing extreme paranoia in a way that almost becomes upsetting. It’s a simple conceit, almost like a manifestation of horror as a genre: a figure follows you and will not stop until it gets you. It’s difficult to describe the sensation it causes, however, as your eyes relentlessly scan the screen for the figure. Is that person walking right toward them? What about them? Mitchell’s direction and cinematographer Mike Gioulakis work together masterfully to create this effect, using the camera cleverly, making the fear arise from our need to see it, versus most horror which lives by the old adage that what we don’t see is scarier. This is to say nothing, too, of the idea that the demonization of teenage sexuality results in an actual demon. Yikes. Combined with the surreal atmosphere that refuses to place the setting in any particular time or place, we are terrified because we know that whenever we don’t see it, it’s still coming, and that’s truly horrifying.

A depressed and lonely woman wants a way out of her miserable life, one full of disappointment and paths not taken, so she crafts a ridiculous narrative of escape, as we all do. The thing is, Kumiko (a phenomenal, quietly brilliant Rinko Kikuchi) makes her fantasy become reality, even if she knows deep down that it’s futile. Her journey is exciting, sad and hilarious all at once, running into different characters and coming closer to forcing her fantasy into becoming real. Can you will something better for yourself into existence, given enough power and independence? It also wittily sends up the Coen brothers, particularly Fargo and it’s faux-based-on-real-events concept. This story actually happens to be loosely based on something that happened, and the questions it poses about truth and fiction, much like those posed by Clouds of Sils Maria, are intriguing and exceedingly clever. And the ending is simultaneously tragic and triumphant.

Born from director Pete Docter wanting to explore the complexities of his own daughter’s mind, Inside Out is a beautiful return-to-form for Pixar. Bing Bong aside, this is a remarkably mature and moving look at our emotions. I do wish some had more time to expand and be more useful (Bill Hader and Mindy Kaling are borderline wasted), but the overall message of accepting sadness as an essential part of growing up is something that seems obvious but is really not. It’s revolutionary. It is so perceptive and warm and mines great material, both dramatic and comic, from the ways emotions interact with each other and impact our personalities and behaviour. The voice work, especially by Amy Poehler as Joy, is all excellent with everyone perfectly cast, and the animation is unsurprisingly imaginative, especially the Picasso-esque abstract thought sequence. And just thinking about the islands crumbling is making me teary-eyed.

Celine Sciamma, the director of Tomboy, is supremely adept at confronting issues of gender, of adolescence, of childhood. Girlhood, her most ambitious project to date and yet still painfully intimate and graceful, is the story of a young girl who feels freed from her trapped existence when she starts hanging out with a new group of girls. Like many coming-of-age tales, she is looking for freedom, but this is a specific story with the smallest of subtleties that speak volumes about who this girl is and the suffocatingly oppressive environment she finds herself in. The final third of the film loses itself a bit, but it’s also a necessary capper to this story of being in-between and making impossible choices. Sciamma handles it all with technical ingenuity, using the composition to create claustrophobia in the apartment block or euphoria in one of the year’s best scenes, set to Rihanna’s “Diamonds”.

Action cinema has been in a rut. For every John Wick, there are countless action movies that are nothing more than senseless explosions and tired devices. With the fourth installment in the Mad Max franchise, George Miller has said fuck that noise, and the result is positively exhilarating. Visually, the film is perfect, with its beautiful filtered landscapes and obscene kinetic energy. It leaves you gaping in awe more often than not, sometimes purely from the insane prospect of this actually getting made. Blink and you miss something. Charlize Theron’s Furiosa is the star, and she deserves all the attention, demolishing the patriarchal leaders and taking over, with a full  and complex characterized arc. This film has no limits, the nutso outcome of a visionary being able to use all the money he wants to create his dream. It is bonkers, and it is glorious.

The Duke of Burgundy

A giallo aesthete’s wet dream, Peter Strickland’s S&M-tinged lesbian love story tells us far more about romance and communication than you may think from the trailer. This couple’s eroticism is stifling, their expression of sexuality powerful yet unable to be cultivated. Eventually reveals itself to have an emotional wallop of unexpected force, but is consistently sumptuous and captivating with its careful plotting and tactile performances. There is so much truth here in terms of relationship dynamics, truth that extends far beyond the sexual connotations, and it is all presented with a visual and aural intensity rarely seen. It is also, believe it or not, unbelievably funny at times.

When Marnie Was There 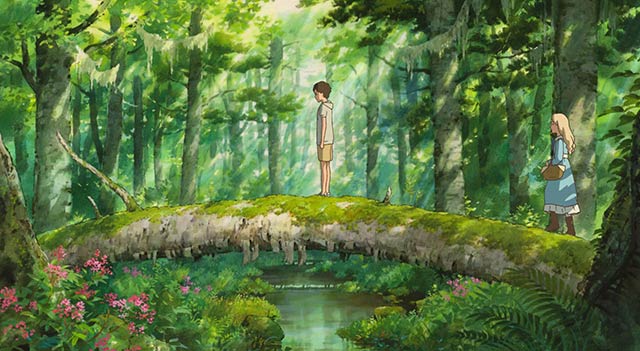 If this does end up being Studio Ghibli’s final film, which is entirely possible, it is a fitting enough farewell for the legendary animation house. Though it never reaches the emotional catharsis or wonder of Miyazaki’s films, it is a simple and elegiac story that seems like a romance for much of its runtime, until it very much does not. That choice is puzzling, because it spends most of its time as a beautifully touching horror film, which is very interesting. No one else tells stories the way Ghibli does, and there are images and moments here that are as affecting as anything else they’ve done, mysterious and gorgeous, quiet and ghostly.

Far From the Madding Crowd 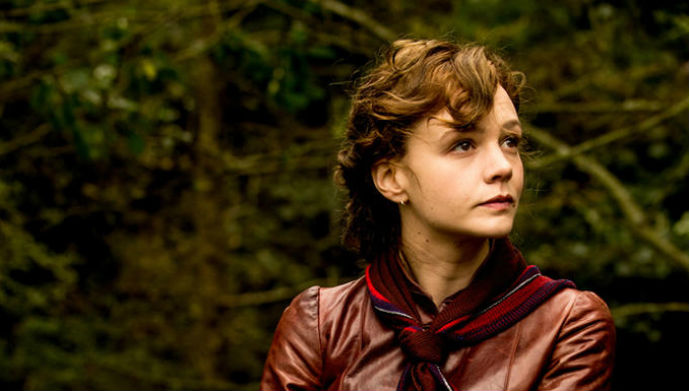 There is a surprising amount of brevity and modernity in this adaptation of Thomas Hardy’s book, a romance set in Victorian England. You get your period drama costumes and sentiments along with a bit of your modestly feminist politics, as well, with Carey Mulligan’s headstrong farm owner, Bathsheba. Mulligan is full of warmth and a mild ferocity, often filmed in close-up as Dogme director Thomas Vinterberg blends his style with this literary love story in a way that works shockingly well. “It is difficult for a woman to define her feelings in language which is chiefly made by men to express theirs,” Bathsheba says at one point, essentially as a mic drop, which exemplifies the amount of fun Vinterberg inserts here and the vigor of Mulligan’s presence.