TRENDING
Go to DASHBOARD > Appearance > Menus to set up the menu.
Navigate
7642 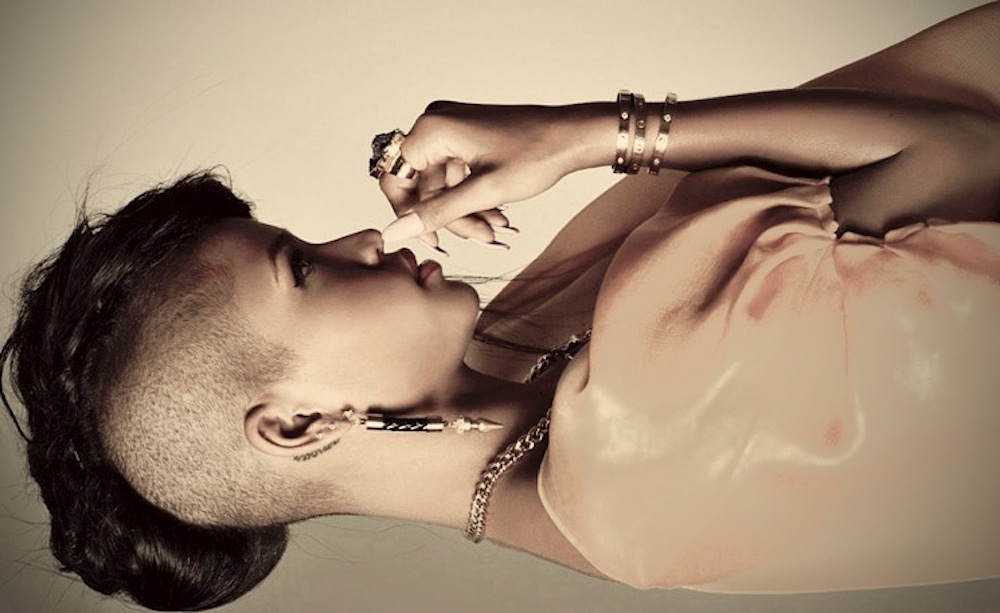 R&B is an ever-expanding and changing genre, especially in 2012… if you’re a man. Frank Ocean, Migeul, and The Weeknd all rose to higher notoriety and famethanks, in part, to their minimalist beats and crisp falsettos. They brought fresh sounds and perspectives and reinvigorated the likes of Usher, with “Climax” being a direct result of the Weeknd and Drake. The women that once ruled R&B, sparking new trends and sounds have mellowed down to the traditional tracks of love, sex and empowerment. There is a void in the world of R&B, or maybe Alt-R&B, where women do not seem to be sparking a new and creative voice. I would like to argue that Cassie, yes Cassie that one-hit wonder and Diddy-lover, may just be what R&B needs right now. That one hit, “Me & U” sounds just as fresh in 2012 as it did in 2006. Since that debut, when Cassie was 20, there has been a continuous interest by fans and DJs for her next album, which has yet to come. What has come is a steady leaking of tracks that have proven Cassie to fill a niche that has yet to be touched, the woman who can softly reflect on love, on sex, and a variety of topics with the swagger of Drake, and the icy synths of Boi-1da, 40, or Clams Casino.

Other acts, most acclaimed being Drake, also became masters of the slow stark beats that were reminiscent of something new, but simultaniously  something that could be heard in the later half of the Nineties when artists like TLC and Aaliyah were making something sleek, cool, and sexy. A song like “Fanmail”, by TLC, captures the solidarity with lines like “I get lonely too.” “Fanmail” acknowledges something modern, with stark and rolling digital beats and an overall atmosphere that be found in Drake’s “Shot For Me”, “Crew Love”, or “Marvin’s Room”. Since then, there has yet to be a counterpart to the feminine aspect of this music: there is no more Aaliyah; no scrubs TLC; Alicia Keys may attempt, with collaborations with Jamie XX and Miguel, but still seems too traditional; Janet Jackson can, well, when she chooses (but that’s not often anymore); and Ciara simply can not find a niche outside of the States. Cassie is the only other minimalist R&B artist left who is able to conquer an elegant and simple track with ease and comfort. The problem, and benefit, with Cassie is she is the urban legend of the music world. Cassie can be everywhere and no-where. She is in a relationship with Diddy, she gets remixed by Kanye West, she models (DAMN well), and is critically acclaimed when releasing a track. Yet, her tracks don’t reach heights of success that critics would like to see, instead her music does not reach the audience it should. She is an urban legend because she is loved by some, and practically unknown by others, she is an artist who has been attempting to release a sophomore album for 6 years without results. In the meantime, she has gained a devoted cult of trendsetters that remixes the hypnotic beats and smooth vocals into gooey and seducing UK postdup and electronica. Her most aggressively strong love being by the Guardian who’s articles discussing her indie-electronic fan base and mythical statues have been some of the best on the artist, dissecting the strangely quiet and oddly publicized celebrity. 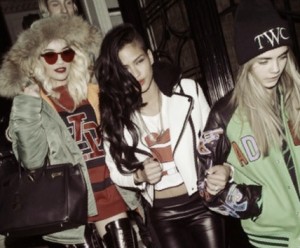 The artist remains a myth, as the Guardian noted, thanks to this mysterious way of reemerging with what tastemakers want so desperately to see in pop music, and then disappears without a word. Cassie may be presented as the best successor for Nineties female R&B, but at times, it seems she is the best tease for the redemption of women in the genre. That article brings attention to Vibe’s belief that her inability to stay in the light and pump out music (like Rihanna) has been her downfall, while the Guardian argued it provides the mystique and cult-like status of one who does not follow a trend, but establishes them over the time, and that Cassie may be too distinct to find the mainstream love of those starlets. Her auteur-status is what has saved her within the music industry, those who do keep an ear out for a Cassie release know what to expect, what sounds will be incorporated and what vocals will be heard. Her remerging since “Me & U” has seen a navigation of the trends within music, while continuing to be distinct. When Lil Wayne’s featured on “Official Girl” in 2008 or “Let’s Get Crazy Feat. Akon” in 2009, months after Lady Gaga’s “Let’s Dance” hit #1 internationally. A string of unreleased tracks that follow music’s changes whilst consistently being a Cassie track have continued. She is an auteur without the acknowledgement of the public; her songs contain a certain style of dripping sex and vulnerability while sparse synths and drums fill the soundscape behind. Now R&B has leaned towards her auteur-sounds, her sparsity and smoothness can be heard by the men of the genre, but Cassie remains a hidden treasure of the few who respect her library of unreleased tracks.

This year  saw Cassie more in the spotlight for music after many leaks and songs unofficially released, since 2006. “King of Hearts”, “Balcony”, and “The Boys” all found proper releases (even a music video!). The debut of “King of Hearts” brought the likes of Pitchfork, Spin, and The Guardian to the feet of the woman. Spin boldly compared the track to both Radiohead and Robyn. While “Balcony” recognized the sparsity of the Drake’s and Weeknd’s of the time and dropped a slow and smooth track. Then for further measure, the global enigma Nicki Minaj brought her spin to Cassie’s “Money on Love” demo and released it as a single titled “The Boys”… that ultimately did poorly, except again, brought critical love to Nicki and Cassie alike. Yet the tracks didn’t sit hit-status, and instead found there way into DJ mixes and critical love, leading to further album setbacks.

This week Cassie’s vault of leaks was repackaged by a fan. The results provide a missing part of the 2012’s music scene; the female chanteuse of sparse warbles talking of love, of sex, and of swag. It is natural for Cassie, the songs are loose and comfortable. Her unreleased repertoire is staggeringly immense and solidifies the auteur-status of female R&B. The ability to follow trends while keeping her ‘Cassie-ness’ in tact, is not an easy task. A fan of Cassie recently released a trilogy of her works in the vein of The Weeknd’s mixtapes, the mastermind can be found at @LonelyDiscoBall on Twitter, but more importantly, the mixtapes can be found at cassiecollective.tumblr.com. She wisely divided the 66 tracks (including interludes), into 3 mixtapes based on the themes described below along with the download links. The themes are based on the genres of minimalist R&B, Electro-R&B, and Pop. The images are provided with a Weeknd-esque look and feel. As the Weeknd was an unknown question mark other than his music through the course of 2011 and 2012, Cassie too is presented here similarly. Although we see her on red carpets and modelling gigs, we lack knowledge on her music or her life other than what is presented by die-hard fans and occasionally interviews. So to make this connection between the two vocalists who make their music with such distinctness and chilly productions is a valid and brilliant move for Cassie’s reputation. An attempt at the alt-R&B world, where mixtapes and good music matters more than hits, is an encouragement for more Cassie, and more fandom. She has acknowledged the mixtapes themselves, and plans on a mixtape release of her own-making in 2013.

The results of the trilogy are mixed; with some tracks being clearly demos to the ear, or just not being up to par, but in the course of 3 mixtapes, some stellar and much needed music is presented. Enough strong songs for one album on the level of Drake’s Take Care, or Miguel’s Kaleidoscope Dream without hesitation. The mixtape has already been acknowledged by a number of music publications (notably Fader), and generated over 15000 downloads in a week. This is some evidence that Cassie generates attention and love that will hopefully result in more confident R&B from the artist.

As 2012 ends, I hope to see more women debut alternative-takes on the popular genres, whether R&B, rock, rap, etc. Many of these genres have produced some strong female acts in recent years. Rap has Azealia Banks and Iggy Azalea being the most successful. Alternative rock has too numerous to mention. The mainstream is full of female popstars. It is R&B that lacks a voice for the woman, something unique and fresh. There are, of course, women in R&B, but it is the same old sounds and content. It’s time for a natural and slick progression to further the movement. Cassie is an attempt at this progression, sticking to a distinct sound that blends together a range of influences that set her apart from the worlds of pop and R&B. A good artist should not follow what has been done, but generate a new perspective, a new sound. Cassie has been effective at standing behind her style of slick pop-dance-R&B that references the past Nineties, but also fits so squarely within the latest male acclaims from Usher, Drake, Miguel and others. As we wait for Cassie, or another artist, to fill the void within the genre, have a listen to what Cassie has developed over the 6 years since “Me & U” and hear what the public has been missing. 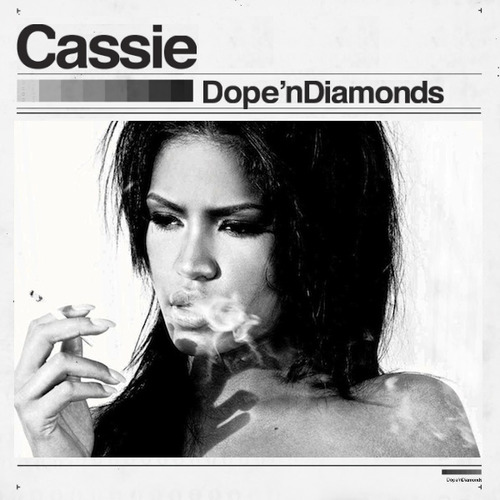 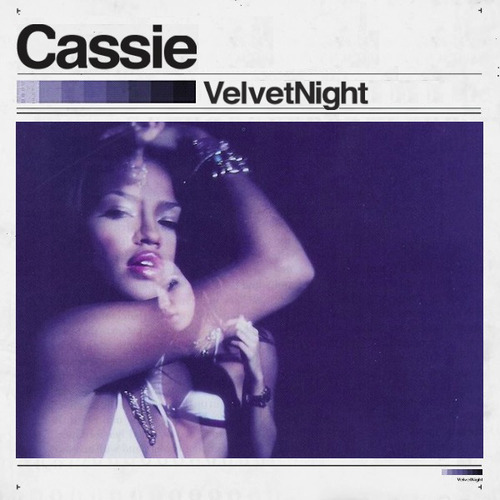 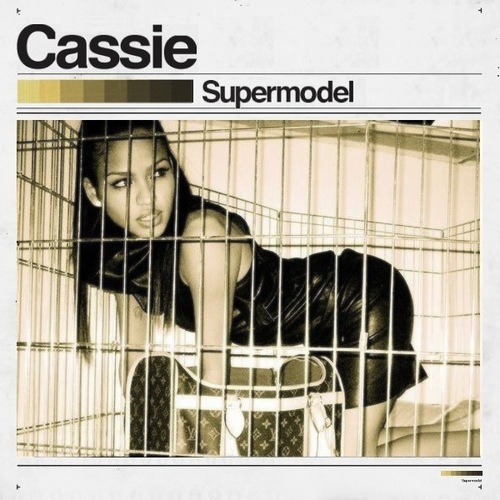