TRENDING
Go to DASHBOARD > Appearance > Menus to set up the menu.
Navigate
5607

We’re all familiar with the depiction of smaller, commercial galleries in films or on television. Marnie’s character in Girls and Charlotte in Sex and the City perpetuate the trope of the unfriendly Gallerinas in Manolos, generally accompanied by an unpleasant man in a suit hushing visitors in his breathy British accent. The gallery space itself gives off a stuffy aesthetic of nearly bare white walls, and largely conceptual contemporary art. In essence, these galleries are portrayed as a space in which you should not enter unless you are incredibly wealthy, incredibly educated, or sleeping with someone who is. Although this type of traditional gallery setting is still prevalent throughout the art market as a whole, a new age of commercial galleries are emerging and geared towards a younger generation of gallery solicitors. 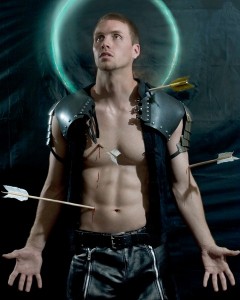 I’ve visited La Petite Mort several times over the past few years and have never been disappointed with the breadth of exciting art exhibitions. Upon first entering the gallery, I become immediately aware that I wasn’t in Kansas anymore. Stripped down to its essence, La Petite Mort feels like the secret haven for cowboy/leather-daddy crossovers, and boy is it fun! Hosting a new exhibition every month, there is always an accompanying Vernissage on a Friday night. These exhibition opening parties are the place to be seen; the perfect first stop on your night out in the Byward Market and the place to find friends with which to tag along to the next exciting locale. What I’m trying to say is that, those who frequent LPM opening parties, are those you want to party with. 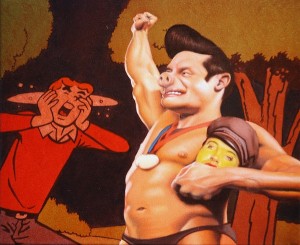 While gallery director Guy Berube, doesn’t believe that the overt sexual themes should be considered shocking or controversial, he does reveal that he is looking for a “blunt approach at making people react strongly to what they are looking at.” His devotion to artists that deal with themes of nudity, sex, and eroticism is ironically what makes this gallery so much more approachable than other uptight exhibition spaces. In an email exchange, Berube described successful art as a dialogue and “a medium that viewers should react to, […] and so, successful art is that which people feel the need to react; to fuck, to cry, to fight …” Indeed, the success of LPM Gallery demonstrates that the best way to get reception from an audience is to confront them with something they absolutely need to talk about. Conversation pieces yes, but Berube strictly rejects the art’s perception as overtly erotic, controversial or extreme. He says, “It simply is. Blood & Guts, Fucking & Fighting are not extremist acts; they are everyday acts. They simply are.” 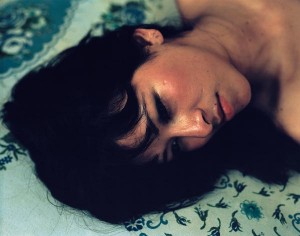 At the end of the day La Petite Mort is a commercial gallery, striving to remain prosperous in a generally white-collar, conservative city that rarely frequents the National Gallery, let alone a smaller commercial establishment. Berube speaks on his real role being “to relay the message that the artist has, and show it to the public.” That is, he says, the underlying reason for opening and maintaining this gallery. He adds in his typically blunt way, “the ultimate goal, is to sell, being that I am a commercial gallery, but that’s an entirely different issue. I did not make the decision to sell art to make money. I did it cause that’s all I know. It does get me laid though.”

For information on their upcoming exhibitions, space rentals, and represented artists, please visit the website at lapetitemortgallery.com.