TRENDING
Go to DASHBOARD > Appearance > Menus to set up the menu.
Navigate
3780 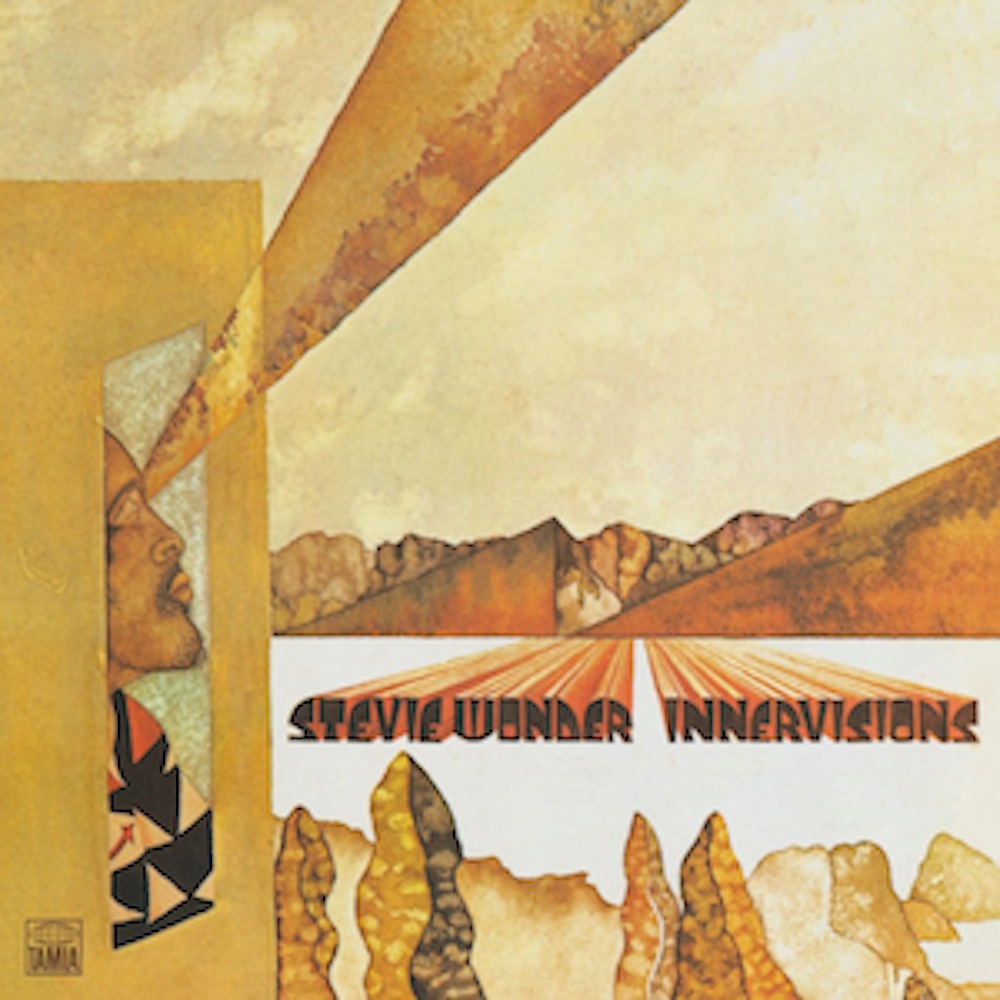 Stevie Wonder’s 1973 album Innervisions is one of his many masterpieces from an extensive and impressive collection. Funk, Pop, and R&B all take turns at center stage. Michael Jackson and Prince both have Stevie Wonder to thank as a clear inspiration. To this day almost any artist in r&b will reference Stevie Wonder as an influence. Innervisions is a rich album that will be a perfect soundtrack to the coming autumn months; with bold acoustic guitars strummed, a flickering of harmonica breathing out originality, and light sophisticated piano all are components to the lavish and warm sound. Mr. Wonder’s voice is as strong any instrument, “Living for the City” being a perfect example. The song starts with Stevie going right to it, powerful vocals erupting from the soft sounds: no bullshit. An upbeat, Motown-funk vibe will come after Wonder’s voice has been established, but that gritty, soulful, funky voice owns the song. The honest lyrics of a Mississippi boy’s struggles through poverty and racism, leading to drugs and jail-time in New York City. Stevie’s vocal range, from the highest falsetto to grittiest low note, is impeccable. He effortlessly brings the right passion and feeling to every lyric, a true master of his instrument.

“Visions” is an acoustic guitar driven song that will sooth any spirit. The album lucidly establishes a light-hearted and comfortable tenderness, it’s like coming home. The slow songs bring you to a place of relaxation and peace, while listening to Wonder’s potent voice over no-frills live instruments, many of which are played by Wonder himself. The upbeat tunes, full of spicy funk, and sounds of Motown, while still leave a feeling of home and of comfort. Each song naturally oozes that warmth. Numbers like “Higher Ground” or the slightly exotic and light-hearted “Don’t You Worry ‘bout a Thing” will leave listeners swaying and smiling. Stevie wants to have you joyful and to soundtrack your good times. Even the darker content, such as drug abuse on “Too High” or the racial issues of “Living for the City”, still have a juxtaposition with brighter musical accompaniment.

At nine songs, and 44 minutes long, it is a concise package to chronicle your most blissful summer times. Wonder has the ability to capture that joy while still calling attention to social issues of the day. No matter the time of year, Wonder’s stylings; his sunny production, and exuberant vocals, but straightforward honest lyrics about Black America of the time, will leave one feeling like you’re at the best block party ever…. in 1973, and that’s can never be a bad thing.