TRENDING
Go to DASHBOARD > Appearance > Menus to set up the menu.
Navigate
3143 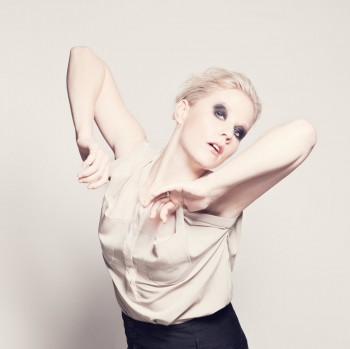 Icy dance music has become the most commercial of the mainstream, who would have guessed just how huge “We Found Love” became a few years ago. References of the Eighties and the synths that were mastered than can be heard all over today. Robyn, La Roux and Goldfrapp are some of the most successful of the genre in the past few years, but a new artist has debuted an album full of sparkling synths, melancholic lyrics, and an authentic voice. Vanbot is a duo consisting of vocalist Ester Ideskog, and production by Sebastian Forslund. Their debut album, titled Vanbot, is a beautiful collection of both upbeat and leisurely paced tunes that all contain Esther’s high, fairy-like voice, and honest reflective lyrics concerned with aspects of love. The album is like a diary with the most elegant and expansive production, highlighting the structured songs and consistently complimenting Ester’s genuine voice. Vanbot’s debut is not a strict foray into generic pop, instead, some production wouldn’t feel out of place on a James Blake album. A forlorn sad undertone can be sensed throughout the album. Vanbot is more mature than simple break up discontent, instead it is analyzing, longing, depression, the joys, and optimism. When asked to sum up the album in just two words, the response is “intoxicating and sticky.”

The duo both originate from Sweden, a place known for raising talented musicians too numerous to list. When asked about the influence the talented nation had on her, Ester explains, “I could blame the cold dark winter or praise the light summer where the sun never sets. It does something to you, you start a new life every spring. But I think one of the reasons are the community music schools, where everybody gets a chance to play an instrument in early ages. There are also a lot of opportunities to study your interests a few years after high school. That’s where it all became real to me.” That goal, to be a professional artist, would prosper when meeting her current producer, Sebastian. “Sebastian and [Ester] met eight years ago when [they] studied music together in Stockholm.” She describes him as “almost like a brother to me.” The process between the duo consists of Ester writing and recoding “at home in [her] tiny tiny studio.”

After the core writing and vocals have been designed she elaborates on the genius of Sebastian; “When I feel I have nothing more to give the song, he puts his hands on them and turn them into gold! I learn so much from him!” That gold consists of the elegant and beautiful synths and production attributed to Sebastian. The relationship between the two artists is strong as they enter the international music stage. Ester thinks they’ve “found a sound that is perfect for Vanbot and [they’ve] improved and perfected that sound.” 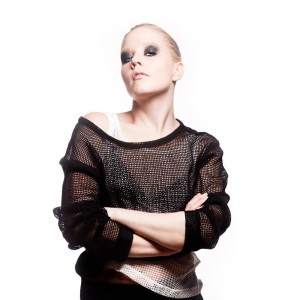 “It hits me sometimes that Sebastian already seems to know where to take my songs before I even explain my vision” Ester continues, the duo have developed their relationship and the debut album is the evidence that they are on the same page. Vanbot is not the only electro-pop duo on the scene with Goldfrapp and La Roux having large fan bases. Vanbot does have a clear difference between the other synth pop stars, her work fits somewhere between those performers, with more defined synths, excellent writing, and those fragile vocals. “Goldfrapp and Robyn have inspired me. I actually enjoy the softer albums from Goldfrapp more than the disco ones.” Other inspirations for singer include “Royksopp, Empire Of The Sun, The Knife, I Blame Coco, The Chemical Brothers, Jonsi, Nina Kinert and Crystal Castles. No surprise, huh?”

Vanbot has a defined Swedish sound with pop melodies that have been around since Abba, and cold synths relatable to Robyn and the Teddybears among others. When asked, Ester discusses The Knife, Adrian Lux and Robyn as some of the Swedish talent she’d love to collaborate with. Collaborations with any of those artist would work blissfully with Esther’s sweet and vulnerable voice, but for now, the focus is on Vanbot and the magical debut.

“My goal has simply been to do this record and try not to care so much about the response. But once I got started it feels natural to hope that it will lead somewhere. In ten years my dream is to have released a few more records, have had the opportunity to tour around a bit and have been able to live on my music.”

The name Vanbot comes from a persona Ester uses on stage; Vanessa. “My alter ego Vanessa started as a joke, but has become a way to express myself. It’s like playing a role.” The persona is an on-stage way to let lose, to become the entertainment for the audience. “Vanessa reflect[s] some of my qualities and represents my music better than I do!” “All songs are written by Ester, but performed by Vanessa. Ester is more artsy, Vanessa is better on stage,” Ester laughs admitting she must sound “schizo!” The idea of an on-stage personality has become quite common in music today, with Beyonce being the most mainstream example with her Sasha Fierce alter-ego. Ester proceeds to say that she might not use the name Vanessa for long, but “it will always be like steeping into a role when on stage.”

The critics have begun to take note of the extremely new act, with British music blog Popjustice, among others to announce their admiration for Vanbot. The success of other similar artists like La Roux and Robyn have allowed for Vanbot to have a genre with devoted listeners ready to enjoy another synth and melancholic musical world. When asked, Ester responds that “I’m overwhelmed with the international listeners! I never expected this great amount of support.” Ester embraces the technology allowing the international audience to grow quickly, using Twitter, Facebook, free songs on Soundcloud and emailing her fans, wanting them to know to “keep on emailing…and I will try to answer ASAP.”

Vanbot is still new and ready to take on the music world embracing their lush music. The fans are what drives all of the success and hopes the duo have for the future and the deserved success of the album. When asked about the international listeners, Ester discusses them emailing her and being overwhelmed, but sums it up with an honest statement; “You really mean everything to Vanbot.” That acknowledgement will help Vanbot build devoted fans who will, without a doubt, love the duo’s musical debut.

Check out more on Vanbot here.