TRENDING
Go to DASHBOARD > Appearance > Menus to set up the menu.
Navigate
3673

“We are thrilled to share our WayHome 2017 line-up with our fans,” said Ryan Howes, Creative Director, WayHome Music and Arts. “Entering our third year of WayHome we are not only excited about our amazing headliners but also extremely pleased about acts such as Constantines, Jagwar Ma, Allan Rayman, Jazz Cartier, PUP, Royal Blood and more. The overall line-up shows just how eclectic WayHome Music & Arts has become in it’s early years and we’d like to thank our talent booking partners, Fource Entertainment Canada, for curating such a well rounded program to appeal to music lovers of all genres. In addition to a stacked line up, WayHome will again offer the best in art installations, late night entertainment, food and beverage curation and some of the best camping Canada has to offer.” 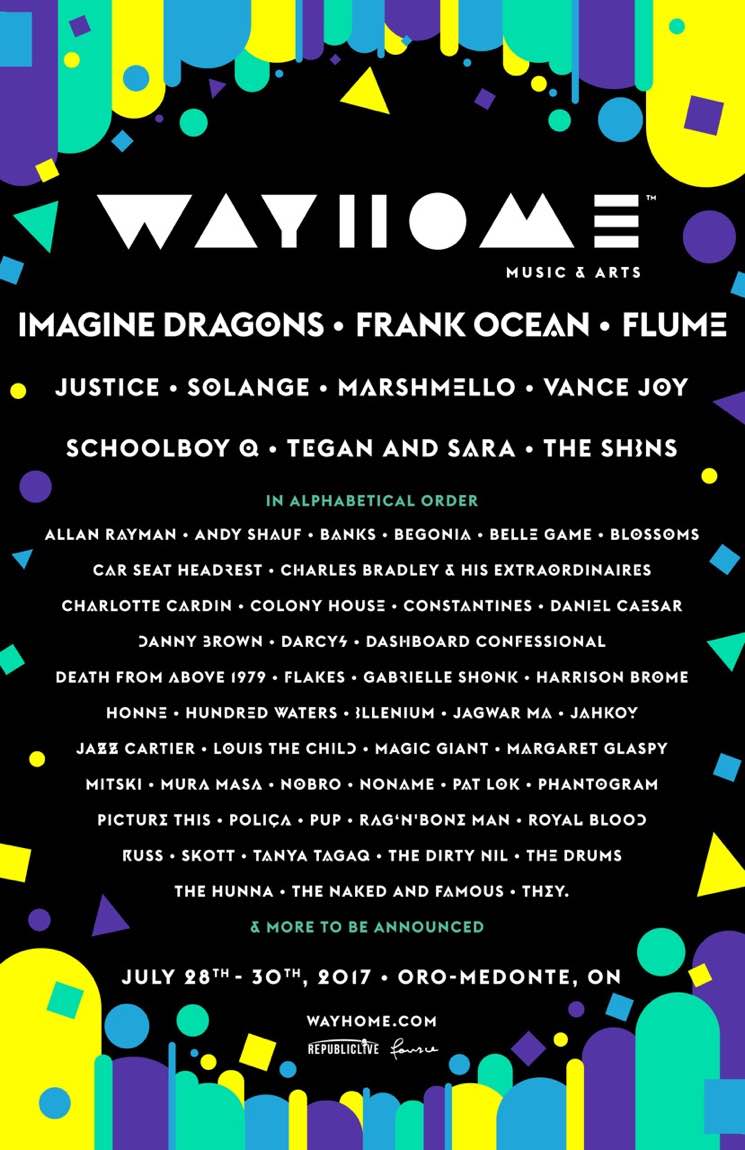 ABOUT REPUBLIC LIVE
Republic Live is a Canadian-owned live entertainment company founded in 2011, with offices in Toronto, Ontario and Nashville, Tennessee. Republic Live takes pride in creating world-class, fan-centric, time of your life experiences. The company works with a multitude of partners on a variety of platforms to create unique experiences for fans, artists, industry partners and sponsors. Republic Live’s two flagship events are Boots and Hearts Music Festival, Canada’s largest camping and country music festival and WayHome Music & Arts Festival, a kaleidoscope of sound, smell, colour, and spectacle.

ABOUT FOURCE ENTERTAINMENT CANADA
Fource Entertainment Canada is a company founded in 2016 with a mission to deliver the best music and experiences to as many fans as possible across the country in partnership with leading artists, partners and venues. Fource’s heritage stems from a group of people who have been part of the creation, evolution and management of some of Canada’s premiere concerts, festivals and branded events over the past 20 years. Fource is the exclusive talent booking agency for the 2017 editions of WayHome, Boots & Hearts, NXNE Port Lands, and The Big Feastival Canada festivals.