TRENDING
Go to DASHBOARD > Appearance > Menus to set up the menu.
Navigate
2278 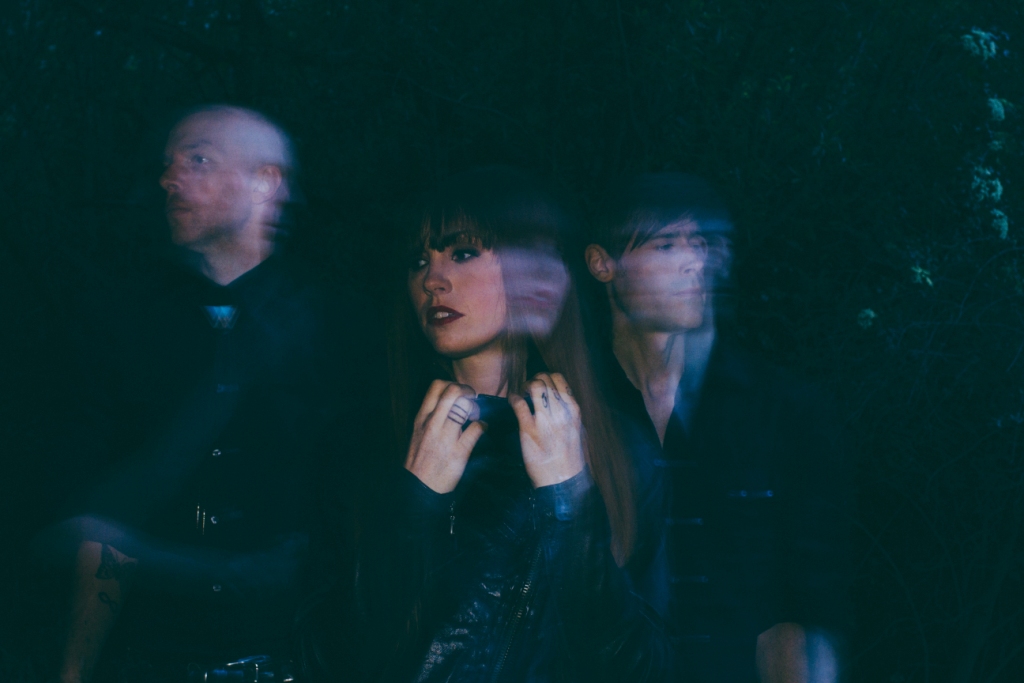 Marriages are a three-piece band from Los Angeles, CA who have made a splash in the daunting regime of music. Their shoegaze-esque sounds mixed with a heavy mindset flows gorgeously in each slow-building song they create, making them a band to keep an eye on.

Their new album, Salome, is scheduled for release on April 7th and it is a stunning assortment of psychedelia, brutality, forlornness, and confidence. Each track clearly depicts the band’s strengths, from frontwoman Emma Ruth Rundle’s soaring vocals to Greg Burns’ sultry bass riffs and Andrew Clinco’s entrancing drum rhythms. I had the opportunity to interview Emma about the group’s new album, some superstitions in association to Salome, and her opinions on the aesthetics of being a band. Check out what we discussed below:

JC: How did the band come into existence and is there a back story to the band’s name?

ERR: While there isn’t much back story to the name Marriages, I could spend some time trying to illustrate the strange events and people that have brought Greg and I into a musical relationship and to eventually forming the band.

The short story is this: Greg Burns and I played in another band together before Marriages. That band was Los Angeles-based, instrumental-post-rock outfit, Red Sparowes.

Just to clarify: Greg and I are not married and never were – ha – people ask sometimes.

JC: Salome marks your first official studio album. How was the process in creating this album in comparison to previous projects?

ERR: Salome was hard – it was a hard record to complete. Everything from the writing process to recording and mixing, it was hard, and seemed to take a lot of time. The space between releases makes this clear. I have felt, in some way, that there exists some force in opposition to this project. I’m superstitious. I’m curious to see what happens now that it’s survived and escaped.

JC: Where did the concept of Salome’s album cover come from?

ERR: It’s a collaboration between us all and is loosely based on the story of Salome and her famed dance. She’s quite the figure and has inspired a great many other works. A quick Google search will inform [those] who may not know of her as to her prolific incarnations and connotations. It is said that her dance in [front] of King Herod resulted in the beheading of John the Baptist. Making the album art was one of the more enjoyable activities related to this record. All of us had a hand in the production of the images but the execution fell onto our own Greg Burns who is also a gifted photographer.

JC: Is there a specific feeling or emotion you are trying to portray in making your music?

ERR: It’s different for each of us, I’m sure. Most of the emotion is communicated via the vocals and lyrics (for me) and each song works through things in my personal life and mind. It’s hard to answer questions like this because the other two members are not privy to my experience and I am not to theirs. We don’t talk about the personal aspect of the music. I am glad you asked this… it may be time to find out what the others think.

Salome is an angry record. In the songs that were written over the span of Salome’s coagulation, I felt defeated by addiction; whorish, betrayed and furious. I felt so much frustration with the relationships I was having with the men in my life and with myself for not being able to better control my erratic behaviours or the actions of others.

JC: How do you respond to any negative feedback? Does it affect you at all or do you shrug it off?

ERR: I don’t wish to be affected by any kind of feedback and I try not to look at it too much. It’s not hard to avoid, really, as long as it stays safely caged within the internet. When it happens in person, say at [a] show, I try to be cordial and focus on the task at hand. It would be most impactful if it came from a peer or someone close.

JC: What have been the best concert experiences for you? Where are your favourite places to play?

ERR: I have a memory like a goldfish and find it hard to remember specific shows but after doing several tours, you start to remember venues and cities. For Marriages – I love Red 7 in Austin and The Earl in Atlanta – the energy in these places is good for the music we play.

One show stands out. Marriages was opening for Bosnian Rainbows in Atlanta in 2013 in front of a pretty packed house and a fight broke out mid-song. I stopped the show and was able to help break and a knife was handed up to me on the stage. We spread the word of love, people united in the moment and the show went on and was awesome.

JC: Where do you hope to see Marriages in a few years?

ERR: I am curious to see what becomes of Marriages in the wake of Salome. There are things bands “should do” like tour Europe (which we are doing this April in support of Wovenhand) and the U.S., start work on another release, etc.

I would really like to find a way to for Marriages to be more productive in a way that doesn’t incur so much resistance from the ether. Find focus and finish the art book we have been working on for some time. I would like for us to have collaborated with some other bands. I would like to see us getting tighter as a group of musicians (playing-wise). I would like to see us headline our own tours. I want to see us happy – but not to the detriment of writing angsty music – ha.