TRENDING
Go to DASHBOARD > Appearance > Menus to set up the menu.
Navigate
3300 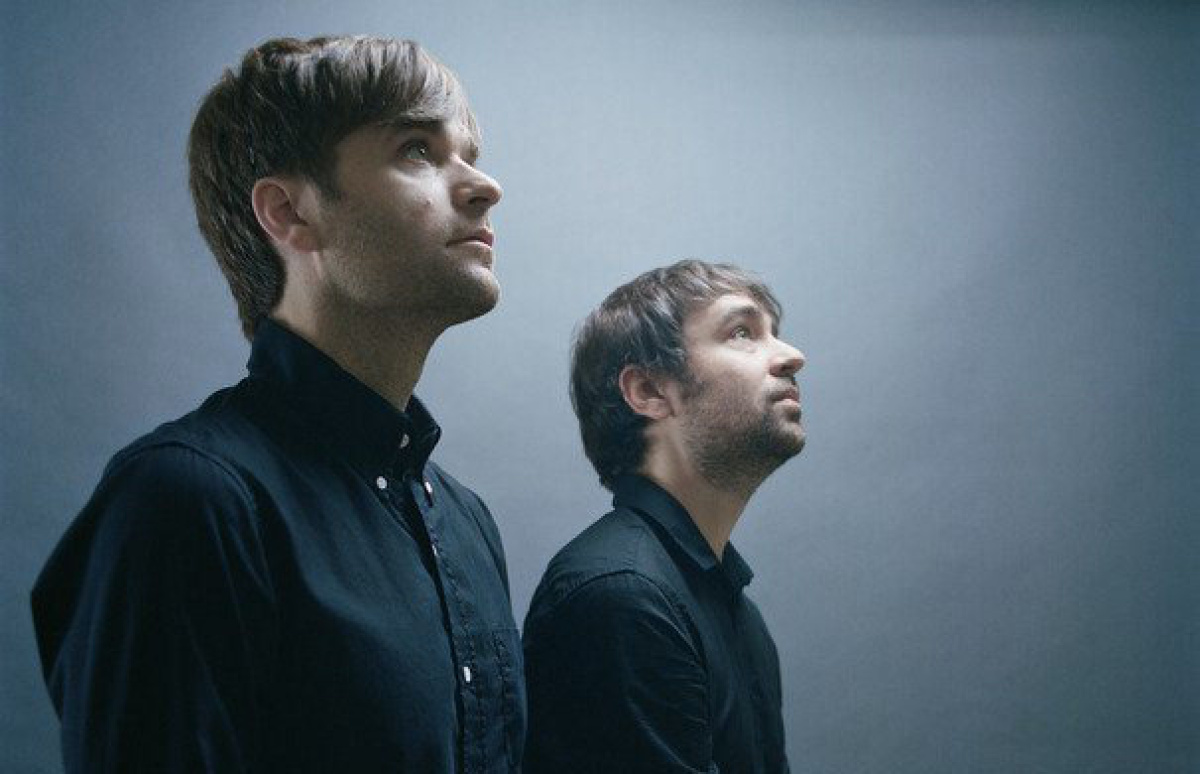 The Postal Service
Give Up

The collaborative genius of Ben Gibbard (Death Cab For Cutie) and Jimmy Tamborello (Dntel) was unleashed in 2003 with this game-changing minimalist indie pop record. The subtle hints of string instruments shaped the album’s solemn theme along with the soaring vocal melodies Gibbard provided alongside backing vocalist Jenny Lewis of Rilo Kiley. At the time, indie rock was at a very premature state where young bands were discovering new ways to fuel their passions and create stunning music. While the garage rock revival took hold of bands like The White Stripes and The Strokes, The Postal Service took an alternative approach to indie with synthesizers, drum machines, and emotionally charged lyrics.

While Give Up was The Postal Service’s sole release, it has spawned a legacy of devotees that call this album a masterpiece. And rightfully so, Give Up is an album with few flaws and several instances of inescapable pop pleasure. The Postal Service disbanded in the mid-2000s while there was speculation about a second studio album, though that never came to fruition. In 2013, the two members returned to the stage for a reunion tour celebrating Give Up‘s 10th anniversary. Since then, Ben Gibbard has strongly stated that they’re done for good. At least we can still reminisce in one album that influenced countless indie pop artists to this day. We’re looking at you, Owl City. 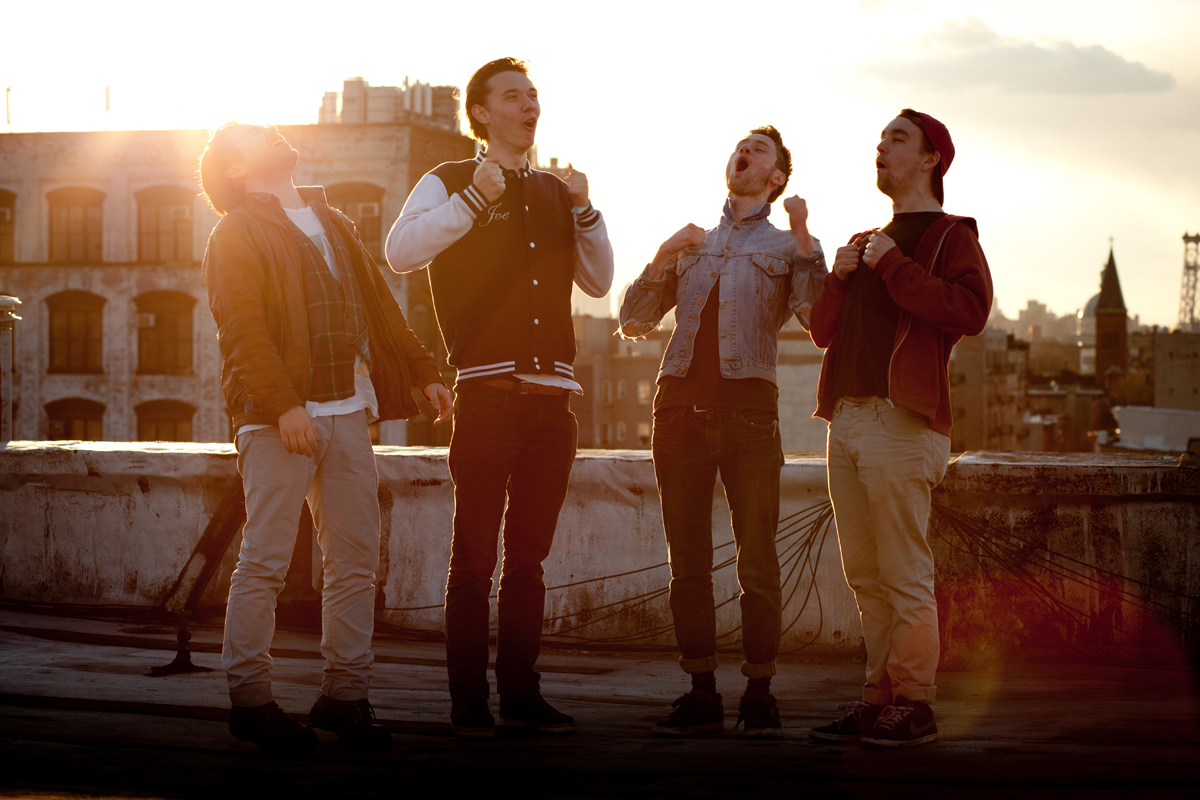 A criminally underrated record from 2011 has recently presented itself to me once more for consideration. Now, upon hearing it four years after its initial release, I see the merit this album possesses. WU LYF were a strange brew. They rarely made contact with the media, kept to themselves, and only released one album before their unexpected breakup in 2012. Go Tell Fire To The Mountain is an outrageous creation, described as “heavy pop”, that grows to enormous heights with each song reaching a new high. Its origins began in an abandoned church, which is clearly reflected in the organ-driven instrumentals and godly vocal preaching. Though the band denied a religious tie to their album, the church organ plays a crucial part in the album’s sound.

Go Tell Fire To The Mountain is a tough first listen to be honest. While the smooth, cinematic instrumentals hook you in right away, vocalist Ellery James Roberts’ demolishes any beauty remaining with his sour tone and frantic yelling. Yet, sometimes the harshest vocals lead to the most melodic music. Like Deafheaven accomplished with their 2013 album Sunbather, black metal vocals and atmospheric music combined, WU LYF did the same for a post-punk subgenre of empowerment. If you’re ever in need of an epic song to play as the sun is setting and you’re driving around in a blaze of glory, look no further than WU LYF’s destructive single album. 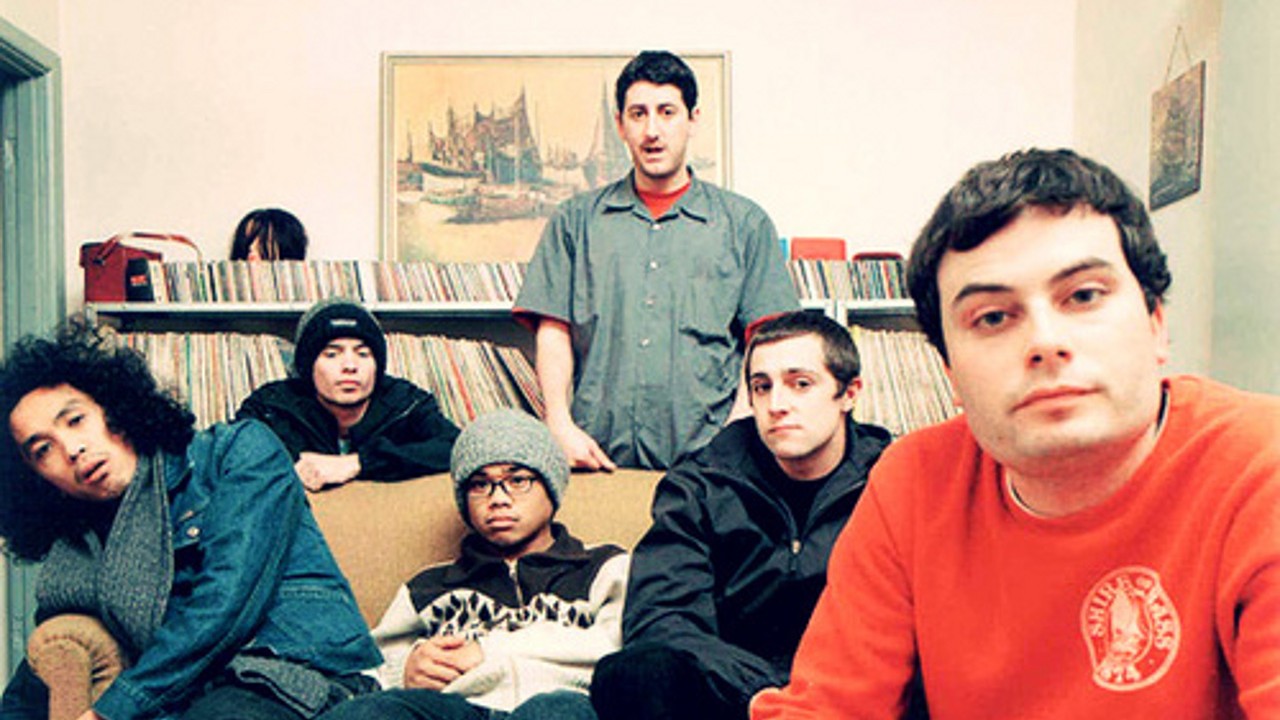 The Avalanches
Since I Left You

Here’s a band that has become more of a running gag over the years. This Australian group released the immaculate Since I Left You way back in 2000 and haven’t been active since. While rumours have speculated a follow-up to this divine album, nothing has proven to be true. There was 2012’s Sleepy Bedtime Mix For Young Ones, which turned out to be a hoax. There was news that Danny Brown has collaborated with the band and said his contribution was “life-changing”. Here we are 15 years later and still haven’t been satisfied.

The old saying “quit while you’re ahead” seems to apply quite nicely to The Avalanches’ work ethic. Since I Left You was an album full of twists and turns. Composed of over 3,000 samples from classical music to movie scenes to hip-hop verses, Since I Left You has stood the test of time and has been given the legendary status. Perhaps the band knows they will never top this debut. Maybe they’re waiting for the right moment to release anything. Either way, every year music sites include them in their “most anticipated albums of the year” lists. There’s still hope and while we wait, we can infinitely spin Since I Left You in all of its danceable glory. And of course, one of the best music videos of all time, for the track “Frontier Psychiatrist”, never gets old either. 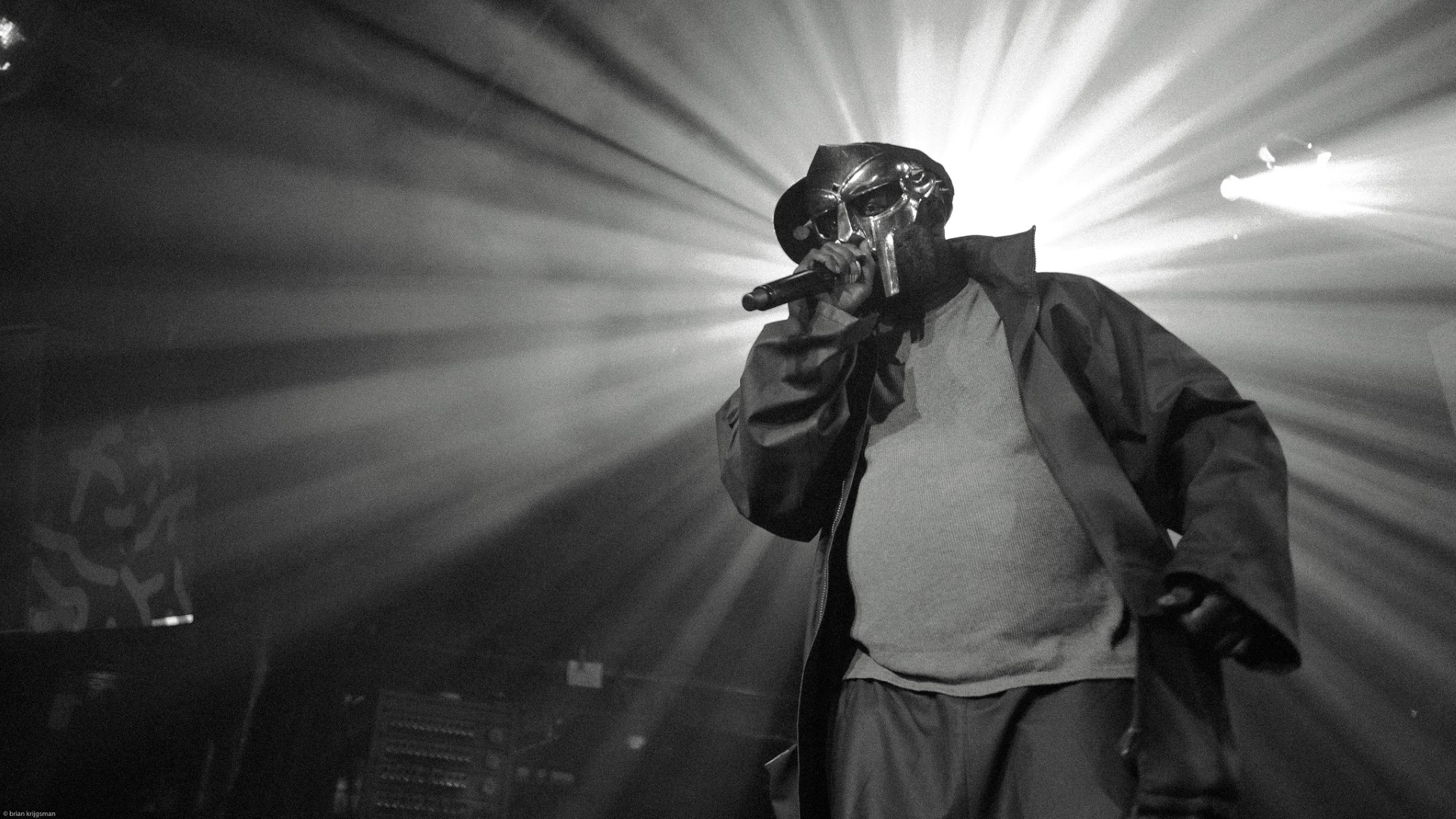 Neither MF DOOM nor Madlib have made a single album. Their abrasive sound has traversed multiple music genres starting in the 1990s. DOOM began as Zev Love X, a supporting pillar in the politically-driven crew KMD. His legacy continued into his solo career with such albums as Operation: Doomsday and Mm.. Food. On top of these efforts, his alter egos (namely Viktor Vaughn and King Geedorah) have made splashes in the hip-hop realm. Madlib isn’t shy from the mic either. His countless album contributions, from his rap career as Quasimoto to his collaborative records with Freddie Gibbs and J Dilla, have given Madlib plenty to include on his resume.

Together, however, these two hip-hop behemoths made it big with the critical darling Madvillainy. As Madvillain, all of the jaded personalities of both artists came to the forefront. From back and forth exchanges between DOOM and Lord Quas on “America’s Most Blunted” to the self-featured track “Fancy Clown” with DOOM and Viktor Vaughn (the same man) collaborating. The album has gone down in history as one of the greatest modern hip-hop albums of all-time. Its continuous energy never reaches a low throughout its 22-song tracklist. Its perfectly chosen samples and its luscious, thick beats accompany MF DOOM’s deep output faultlessly. Until we hear more from Madvillain, this single album will be the example for young rappers to follow. 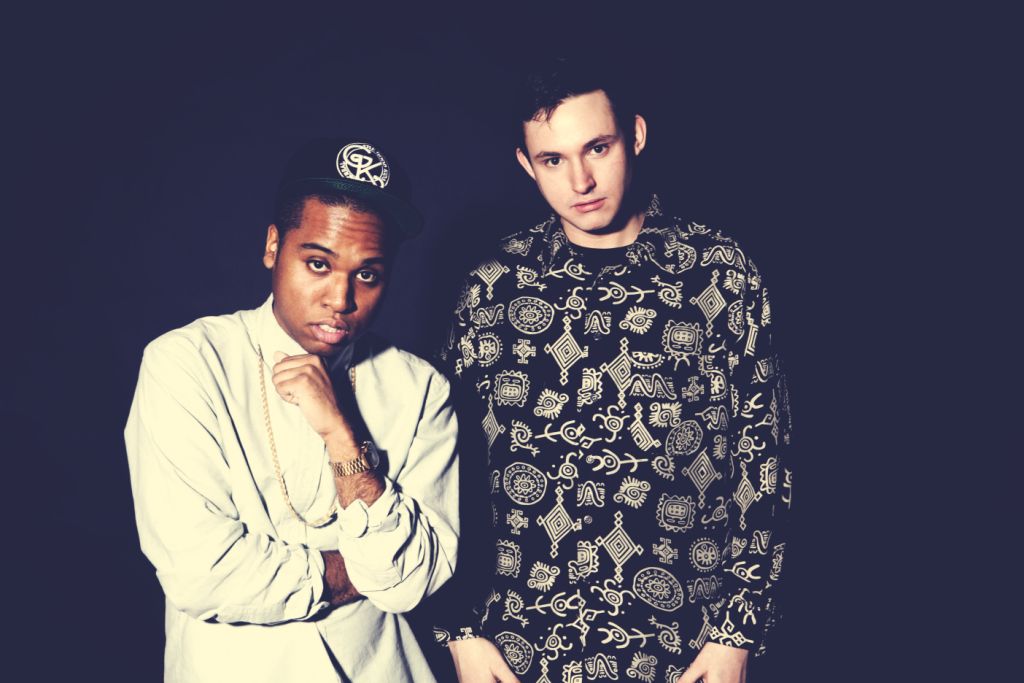 Production duos have come and gone with one-off collaborations and remix journeys. Hudson Mohawke and Lunice teamed up for a world-dominating EP that set off a bomb of insanity. TNGHT was and is the only proper release from this twosome and it stands to prove that both artists have put forth their talents. With absurd party bangers and trap-infused glitch mixes, TNGHT pulled off the party look while keeping their indie status intact. When success called their name, TNGHT answered by producing Kanye West’s “Blood On The Leaves” from Yeezus. This once-in-a-lifetime opportunity opened the door for TNGHT into a world of production gold, yet they quietly shunned the spotlight.

After becoming the well-known duo that produced a song for the immortal Mr. West, TNGHT went into a standstill. In 2013, they released a new song titled “Acrylics”, prompting fans to be eager about a new album. Yet, this was merely a distraction tactic. The group went into hiatus soon after by announcing via a video on YouTube. The caption read “Until we meet next”, meaning that TNGHT may not be completely finished. For now though, TNGHT’s single EP gives listeners some great grooves. And in case you feel like you need more music on a similar vein, Hudson Mohawke’s solo project Lantern is due in June and from the sound of his first single “Ryderz”, it promises to be another blown-out excursion of sound.