TRENDING
Go to DASHBOARD > Appearance > Menus to set up the menu.
Navigate
2740

When one thinks singer-songwriter, an image is immediate in many listener’s minds; introspective, usually serious, men or women with powerful vocals that sit at a piano or with an acoustic guitar, bearing their souls. As electronic, dance and other digital music continues to become a staple in mainstream music, elements of dub and electronic are finding its way into the genre of singer-songwriters. A sub genre is arriving in the UK, and other countries, with the introduction of acts such as James Blake and the xx. The mix of electronica, mainstream music and dub, with the soulful and introspective singer-songwriter to form a new, compelling and other-worldly sound. 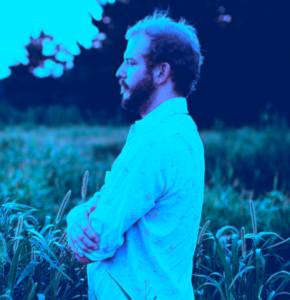 The songs are still full of heartache, love, and anger, but now it is not just their voices that express these emotions, but also the atmosphere that fills the speakers or headphones of the listener. A song that the artist feels lyrically expresses isolation, can now have echoed and manipulated vocals to push that feeling to the audience, like Bon Iver’s “Woods.” This liberation of singer-songwriters, now ables them to delve into every genre of music that inspires, mixing them together to make something fresh. Post-dub is forming in the UK after dubstep’s slow take-over of the electronic scene over the past 10 years there. The sound is calm, sonically layered, full of texture and the wobbling bass that dub made famous. James Blake is a clear child of dubstep and is a part of this new post-dub genre. Blake, has a variety of inspirations, from Aaliyah and Keri Hilson samples, post-dub production, covers of Feist, and cites Joni Mitchell as an influence. Bon Iver uses auto-tune like rappers and popstars did before him. Artists like the xx, jj, darkstar, and Jamie Woon all bring elements from mainstream pop, rap, and dub into their music. The band jj went as far as creating a mixtape, titled kills, where the lead singer’s soft and slow voice sings on top of beats and samples from famous rap songs from M.I.A, Taio Cruz, Dr Dre, and Kanye West. The effect is both catchy, since the songs beneath the vocals are known already, but with a calm soothing voice, and with lyrics more interesting than the originals often. None of these songs could be considered conventional or mainstream, they all have been morphed and manipulated to create new emotions for listeners and express something very unique and honest, like good singer-songwriters should. 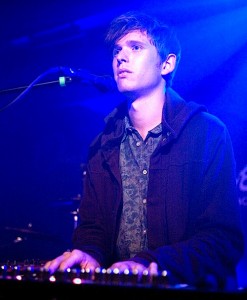 These artists are not the first to mix electronica, conventional lyrics, and samples, one of the most influential would have to be Thom Yorke and his solo album, The Eraser.His album was filled with blips and layers of sonically interesting digital sounds, but with lyrics and vocals that could be performed easily with guitars and pianos as well. Kid A and OK Computer are also albums that could be influential to new artists like Blake and the xx with the layers and texture heard with a taste of rock. As we continue to enter into a new decade of music many new sounds, genres, and ideas will be created. One of the first of these new ideas and styles of music will be that electronic and digital music will meet the singers that in previous decades might have either been producers or acoustic-like singers, but never dream of putting both together. Now artists are producing imaginative sounds that capture what is desired in the lyrics and vocals. The experience of listening to these artists is now to be taken into their world, artists like Bjork and Radiohead were the first, but now a number of new artists are attempting this, and many without outside producers, unlike Bjork. The world experienced with these new artists is familiar, with sounds and samples known to the most basic music listener, like with jj, but with depth, soul and emotion that will let the reader feel exactly what is desired from the artist. This new breed of singers and producers is introducing a sound that is often digital, electronic, or almost plastic,but transforming it into something beautiful, organic, and full of true emotion. Musicians like Blake and Yorke are bringing something special to today’s music, a sense of honesty and truth, in contrast to an often soul-less musical landscape. Embrace the honest emotions pulsing through not only the lyrics and vocals, but sonic palette meant to provoke the listener.