TRENDING
Go to DASHBOARD > Appearance > Menus to set up the menu.
Navigate
4992 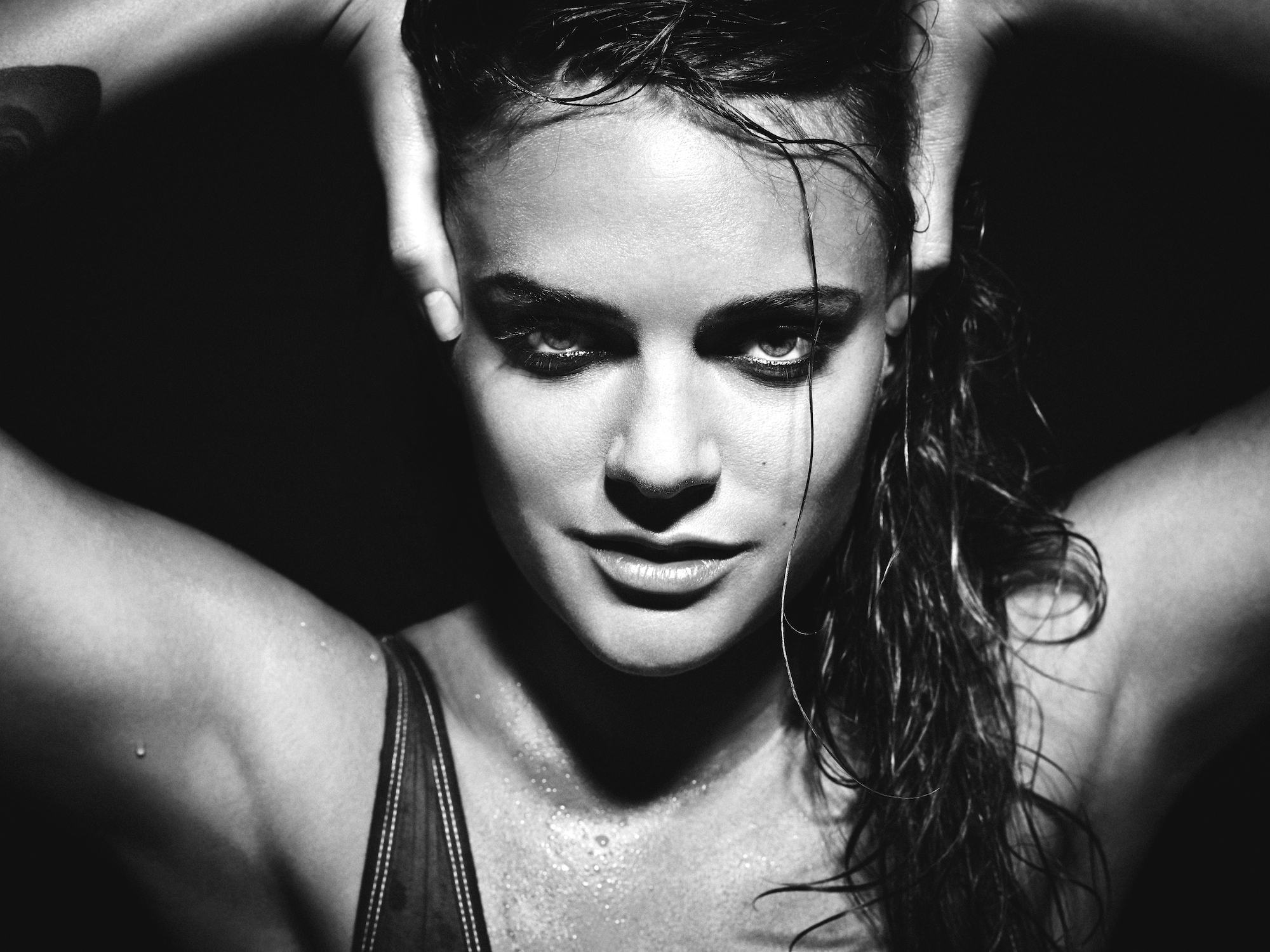 Breaking-up is always a bitch isn’t it? Full of emotions, recklessness and heartache, people contemplate their relationships, their experiences and try to push forward through the loneliness. Tove Lo, a Swedish Pop starlet, has captured this confusing time we all experience with her debut EP, Truth Serum. The song brewing on charts around the world is “Habits,” with an equally remix by Hippie Sabotage titled “Stay High.” Although the ear catches descriptions spending time in sex clubs, getting high on drugs, and being drunk and alone, it doesn’t come across as tumultuous or like the American pop acts trying to catch one’s attention. Instead, Tove Lo makes you feel the way everyone feels during a breakup, she captures the universal lost and lonely time spent after the end of a love. As the Swedish seem to do (see Robyn or Lykke Li), Lo finds the emotion in pop music. Her songs are filled with catchy hooks and choruses that stick to your soul, the songs you belt in the shower, eyes closed and heart beating.Tove Lo has quickly found respect and acclaim for her brilliant songwriting and voice alike. The internationally hyped artist made time to talk with Antidote about break ups, SXSW, her forthcoming LP and more.

I started my conversation with Tove on a bit of a somber note. After introductions I asked, “I recently went through a break-up myself and your album is such a therapeutic experience for those struggling through heartache. What advice you might have to someone going through such an experience?”

Tove Lo speaks with true empathy offering her sympathy before answering, “If you’ve listened to my work, maybe my way isn’t the most healthy one,” she chuckles. “I would say just be sad and feel it. If you’re depressed and hiding your emotions and are just saying ‘oh I’m fine, I’m okay, I’m over it,’ [that won’t work]. I just think go deep, feel it for a while and all of a sudden you’ll just go ‘ah, I might be scarred but I’m healed and I’m out of it now.” She pauses, “I’m like that at least. I have to dive into the sadness and feel destructive for a bit and hopefully nothing too bad happens and you come out on the other side a stronger person.”

“Habits” captures the singer’s dive into despair and self-destruction through both her lyrics and the accompanying video. The camera gazes upon the young artist as she journeys through lost nights of sex, drugs, partying and tears all in an attempt to forget her ex. “[The concept for the video] was my idea,” Tove said. “I worked with the guys before (a team called Motellet) so we know each other well. We really just wanted to capture the…” she drifts off and starts over, “well some people listen to the song and think it’s about sex clubs and partying and staying high. It’s when you hear about numbing the pain, this video shows that. I can’t watch it because it gets too much for me. It was very authentic to record and tough to record. Getting that dark undertone and show it in the video was important.” The video has already received over 1.3 million views and counting, proving Lo’s heartache can be spun into gold.

Truth Serum is a fairly dark EP, songs like “Over,” “Out of Mind” and “Habits” are all directly linked to a heavy break-up. It’s the perfect cure to heartache, linking the pain all of us feel together. Simple hooks such as “You’re out of your mind to that you’re out of mine” are universal. Now that the EP had been released and promo had begun, what’s next for Tove Lo? The pressure for a strong debut album is rising and Tove is already preparing. “I’m working on it already,” She stated. “I have so many songs. There is some sort of deadline but I’m not caring about that,” she said laughing. “I’m just going to ignore it until I feel ready. I have a bunch of songs and have more to write this spring so then I’ll sit back and look at what I have.”

Lo brought up her experiences over the past year including travels, parties and a long distance relationship as inspirations. “I want it to be personal, the same raw honesty [as Truth Serum], she said. “You’re going to know it’s me when you hear it. I want it to be cohesive and work with the people I trust, I do write most of it myself after all.”

Her skilled songwriting leads to the question of her influences and musical taste. “I think I’m a mix. When I was starting to get into music I was big into grunge. The first album I bought was Nirvana’s MTV Unplugged in New York. That was my first thing, the love between Kurt and Courtney,” Tove said. “It’s a mix of that combined with a lot of the Pop that comes out of Sweden like Robyn and Lykke Li. That kind of emotional Swedish Pop that gets to me.” The two influences make perfect sense when listening to Tove’s tough voice belting out painful truths of love. “Right now,” she continued, “I’ve been binging on Mikky Ekko for a while and also a favourite Swedish band called Kate Boy, you have to check them out, they’re amazing.” Tove paused before exclaiming “Oh! Brood’s song “Bridges,” it kills me every time I listen to it. A lot of Swedish stuff in my playlist lately.”

One of the most famous Swedes in the music industry has recently attached himself to the rising star. Max Martin, the producer who is responsible for what radio has sounded like for the past two decades (including hits from Britney Spears, Pink, Backstreet Boys, Kelly Clarkson, Katy Perry and many more) recently signed Tove Lo onto his team of songwriters. In regards to their relationship, Lo said, “It’s funny. I haven’t worked with him up until now. I’m signed to his collective of songwriters for other projects, [Martin’s] and Shellback’s. It’s a bunch of amazing guys in Sweden and me,” she laughed. “It’s not up until now I’ve been working with him, but so far it’s been for other people’s projects. I don’t know, we’ll see what the future holds. There’s no yes or no there.” Martin’s catalogue leaves the prospect of a Tove Lo song sung by one of the world’s biggest stars as an exciting prospect.

Tove’s songwriting finds its beauty in her universal statements regarding heartache. She can write a chorus that sticks in one’s head. Naturally after hearing the chance of a Tove Lo written song performed by Britney Spears (a long time Max Martin collaborator) had me wondering, “Who would you love to write a song for?”

“Um, well I have two [artists in mind]. I really want a big female [pop star] like Katy Perry or Lorde. That would be amazing but Lorde would be a cowrite…” Lo trailed off daydreaming of the possibility. “I don’t even know if I dare. She’d be like ‘what about this?’ I’d just say ‘everything you do is great!” Tove nervously laughed. “I would like to have a major pop song, maybe a song I have that I think maybe isn’t for me but it’s an amazing song. That would be cool.”

The output of songs thus far from Lo leaves me wondering what Pop gold is tucked away in her vault. “Then I have my old teenage crush, which is Daniel Johns, from the band Silverchair. It’s an old rock band,” she admitted. His voice is the first to make me cry and I always loved hearing him sing songs, it would make me melt,” giggling at the prospect.

After years mesmerized by rock and pop stars, Tove Lo is getting her chance in the spotlight along with them. This spring saw Lo play at SXSW festival, promoting her music along with some of rock’s biggest acts and most hyped newcomers. “It was amazing. It was our first US shows and we got our visas two days beforehand so we were really nervous, like ‘what if we can’t go? What will we do?” she said laughing in hindsight. “It was me and my band’s first time playing in Texas, first time playing in the US. We had the best time. Every gig was crowded. I didn’t know what to expect, what if no one shows up? I had a great time except…” she breaks off. “Except, of course, the accident that happened. I did play the Mohawk two days afterwards. It was a bit of a strange feeling, knowing something so horrible had just happened there.” Overall Lo said, “It was a surreal experience for me playing the United States, very cool.”

Many more surreal experiences await the young artist as she continues to promote Truth Serum and watch as “Habits” continues to take hold on the charts. Tove Lo is a glowing example of how to take one’s own turmoil and morph it into something the entire world understands and can celebrate. Between songwriting with Max Martin and continuing to work on her full length debut, 2014 will be a busy and exciting year for the Swedish singer. Her slick hooks and universal view of the world will be sure to keep Tove Lo in our minds all the time.