TRENDING
Go to DASHBOARD > Appearance > Menus to set up the menu.
Navigate
10501 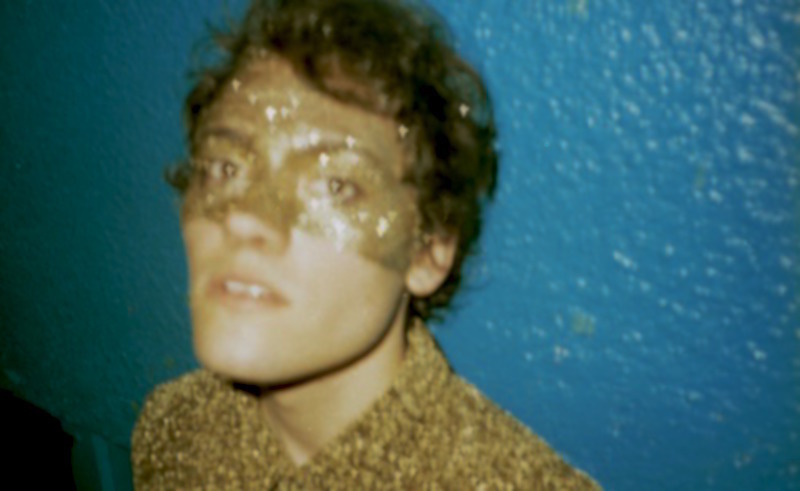 “We play the songs the way we feel them, like something different, something alive, in link with our moods.”

The worlds of folk, psychedelic, electronic and pop are effortlessly brought together by the Paris-based Moodoïd. Offering an alternative to MGMT in many ways; a band of experimental artists who know how to straddle the line of what is weird and what is catchy. Pablo Padovani is the founder and most integral member of Moodoïd, a multi-instrumnetalist and vocalist who has defined himself already in France thanks to his guitar work with the band Melody’s Echo Chamber. As Pablo continues to evolve with his latest project, Antidote had the opportunity to ask Pablo a few questions about his latest musical project and new LP Le Monde Möö.

Your music contains elements of many rock and pop genres, what bands or musicians inspired you growing up?

I was inspired by progressive rock in my teenage years [as well as] Jazz. Bands like Gong or musicians like Frank Zappa and Robert Wyatt whom really became references in terms of writing and mixing genres. I like Captain Beefheart’s work, his caricature of popular music and sublimating it with virtuosity. I’m very attracted to the mix of textures, it’s something that influenced me a lot in the Julee Cruise records.

The music on Le Monde Möö and on the EP is so grand and complex, do you prefer working in the studio or recreating the songs live?

I have a real passion for both. I actually even need both. I see the studio as a research zone, a laboratory. For “Le Monde Möö”, I came to the studio with all of the partitions in hand. All the arrangements were already written, and I invited a lot of musicians to record each of their parts. It was really enjoyable because every musician came with their instrument and partition. After that, with Producer Nicolas Vernhes, all we had to do was find the sound we wanted: the mics, effects. I had the impression we were recording a Steely Dan album in the mid 80’s. In our live show, we approach the music almost like a play. We have characters, costumes and makeup. With the girls, we play the songs the way we feel them, like something different, something alive, in link with our moods.

Do you have a favourite song on the new album or a certain track that always makes you smile?

I have a particular memory of the song “Heavy Metal Bebop 2” that I wrote in a very spontaneous way in my house in the country. I was all alone and I was working with midi sounds a lot on my computer. It was very fulfilling and I was jumping in every direction. It was a very joyous moment, I’d say even hysterical. The song “Les filles font que le temps est jouissif” wasn’t supposed to be on the album because Nicolas Vernhes and I weren’t completely satisfied with it. But in his Brooklyn studio “Rare Book Room”, where we did the mixing, we finally had a very exciting day where we redid the song from beginning to end, in a very spontaneous manner. It was really fun, I was running from the piano to the guitar, to the synths, and at the end of the day we had this song that I adore, particularly because it’s based on something more raw.  Though, I still think the piece we pulled off the best is “Les chemins de traverse”.

Are there any artists you’d like to collaborate with as Moodoid?

Of course! I’d love to work with singers like Caroline Polachek or Laetitia Sadier. I would also love to write music for French rapper Mc Solaar. My wildest dream would be to record a song with Beck. There are endless possibilities to imagine!

All of the visuals for Moodoïd, such as album art and videos presents such a cohesive and surreal world for the listeners to witness along with the music, do you come up with many of the ideas for the artwork and videos yourself?

I directed a few of Moodoid’s videos and I actually claim myself a director that does music because I studied cinema and feel I have the spirit of a stage director. Moodoid is really a way for me to create my own sounds and images. Music really allows to regroup all of those forms. I’m pretty directive in aspects concerning the visual of the band. I have ideas and things I want to try, but I love to collaborate with artists and have them bring their talent and their own universe. So, every visual aspect of the album art work was drawn by Gabriel Weber that has an incredible style that I urge all of you to discover.

Could you describe the visuals you like to associate with Moodoid?

The perfect visual would be a new glamour cookbook. A book filled with photographs of dishes mixing exotic and European cuisine on pop backdrops with bright colours. Small objects to decorate, and a list of ingredients you can’t find in supermarkets.

Would you describe your sense of style for shows?

I consider the live aspect to be a show, and a show exists when there are characters and costumes. I’m very inspired by Prince and David Bowie for the madness that’s in their shows! Sequins, rock, humor and poetry are part of the things we try to pass on during a live set.