TRENDING
Go to DASHBOARD > Appearance > Menus to set up the menu.
Navigate
3688 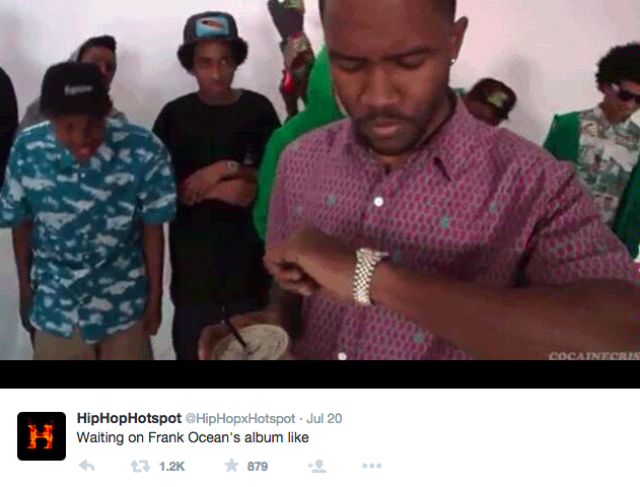 After the pleasantly gorgeous Xen last year, Arca has kept himself busy with his involvement in Björk’s heartbreak masterpiece Vulnicura. The wonky producer recently shared news of a new album in the works, expected to be out this fall. Judging from already-released tracks from this year like “Sheep” and “Vanity”, it looks like the soundscape continues into stranger territory.

A left-of-field R&B rising star with a distinctive voice, Autre Ne Veut returns from two years of silence with a twitching glow and disturbing visuals for his upcoming album Age Of Transparency. The music so far has featured sampled-driven madness and a down tempo vibe. Here’s hoping that there is more skyscraper-level musicality on the way.

Battles is a strange group to describe. Their post-rock model accompanied by a playful dose of synthetics gives the group a unique sound among an often droning genre. For La Di Da Di, the three core members of Battles have crafted an exclusively instrumental album, free of any outside help or vocal additions. Long gone are the harmonizing moments of Tyondai Braxton from Mirrored. The new album is a Battles in their rawest form.

Beirut
No No No
Release Date: September 11

Despite early critic reviews being mixed, the signature tone of Beirut is well-overdue. 4 years since the staggeringly short The Riptide came out, everyone’s thirst for more indie folk hasn’t been quenched yet. The absurdly fun video for “No No No” is an early indicator that the album will be a carefree experience with lots of enjoyable tunes.

If you don’t know BOOTS by name, take a look at his resume. His work is all over the music of Beyonce, FKA twigs, Run The Jewels, and more. His seminal work has been some of the tightest producing in recent memory and now he has reached his moment of stardom. AQUARIA will be BOOTS’ grand debut and will feature Angel Deradoorian, El-P, and Autolux.

CHVRCHES (pronounced “churches”) crafted a formula that produced the perfect debut album scenario. Their upbeat, synth-driven melodies caught everyone’s attention and was highly regarded for its sonic vibes. Now, CHVRCHES have the task of replicating their solid debut with all eyes on them. Let’s hope the legend of the “sophomore slump” doesn’t affect them.

Jack White and his meme-bridled attitude has done a hell of a lot in recent years. From his ever-busy Third Man Records releasing countless albums to his headlining solo tours across the globe, White has still managed to do more. Not since 2010 has White released anything with his supergroup The Dead Weather, but this return to form is sure to be a brooding, crisp Fall release.

Let me start by saying that Deafheaven is not your average band. I’ve written about them many times before and now that there is more music coming, I can’t help but be a little biased towards them. 2013’s Sunbather was a testament to music that broke barriers between genres and collapsed everything we know about what’s good out there. New Bermuda should be another thrashing memoir of fuel to the out-of-control fire.

Talk about an album line-up! Disclosure’s massive debut album took a while to grow on everyone but is now seen as one of pop’s finest. Their sophomore album promises to engage listeners like never before with guest appearances by The Weeknd, Sam Smith, Gregory Porter, Lion Babe, Kwabs, Lorde, Miguel, Nao, and Jordan Rakei.

That joke isn’t funny anymore, Frank. After promising something to be released in July, Frank Ocean has remained silent much to his fans’ dismay. His immaculate Channel Orange ushered in a new generation of R&B. That being said, the sought after follow-up will stay a mystery for the time being. Some new Frank for Christmas would be an ideal gift.

Half Moon Run
Sun Leads Me On
Release Date: October 23

These Canadian youngsters hit the big time with Dark Eyes, an under-the-radar masterpiece from 2012. Their starpower has shot upward, spiralling Half Moon Run into an indie rock god-mode. Though Half Moon Run have a while before they’re a household name, Sun Leads Me On may be the push the band needs for a much-needed expansion.

Another ghost in the machine, James Blake hasn’t revealed any details on his 3rd studio album other than the fact that Kanye West and Justin Vernon are set to be featured artists. Blake’s unique post-dubstep sound and haunting pitch-shifted melodies are set to make a splash just in time for the cold winter months ahead.

Jay Rock has always been a crucial member of Black Hippy, the rap troupe consisting of Kendrick Lamar, Schoolboy Q, and Ab-Soul. After his debut album in 2011, Jay Rock has announced his follow-up. Though it was originally slated for a 2016 release, record label Top Dawg Entertainment has pushed up the release date several times. Expect to hear 90059 by the end of the week.

Joanna Newsom isn’t the type of musician everyone can enjoy. Her dense, layered vocals and heavenly harp playing make her stand out in the crowd. However, her indie critical status has remained top notch. Divers is a long-awaited release,announced with a Paul Thomas Anderson-directed video, and expected to top many end-of-the-year lists.

What more is there to say about Kanye West? After his presidential decree at the VMAs and various music snippets floating around the web, Ye is losing steam. At the beginning of the year, SWISH was the most talked about project, supposedly a revolutionary record. The hype has dissipated, though everyone is still hopefully that something is on the way.

I saw Majical Cloudz live this summer in Toronto and that was my first exposure to the duo. Their passionate performance enlightened me and got me into their first studio album Impersonator. That record has gone onto being one of my all-time favourites. Are You Alone? is the follow-up album, looking like it will be another melancholy paradise with deep, humming electronics.

Oneohtrix Point Never has always been consistent with releasing new music every so often. The rollout for Garden Of Delete (G.O.D. for short) has been a strange series of conversations with aliens, explorations of the deep web, and scavenger hunts. Despite this peculiar promotion, the album promises to please any music fan. And no, it isn’t a “rock” record, no matter what Rolling Stone magazine says.

Ought is Montreal’s response to what a modern-day Talking Heads would sound like. This post-rock group is back after their world-shattering debut Today More Than Any Other Day last year. Sun Coming Down is already shaping up to be a memorable record with more quotable lyrics that can compete with “And today, more than any other day, I am prepared to make a decision between 2% and whole milk”.

This little-known R&B artists is beginning to find his footing after the success of his The King Of Anxiety EP. Met with resounding praise, Yannick Ilunga has announced a full-length release with a gorgeous album cover. La Vie Est Belle/Life Is Beautiful will feature previously released tracks as well as a handful of new ones.

Trevor Powers has finally found his voice in the very loud world of music. From the start of his career, Youth Lagoon had a soft-spoken, fuzzed-out approach to music that made him special. 4 years and an Air Canada-featured song later, Youth Lagoon has announced Savage Hills Ballroom and released several upbeat tracks. It’s a new direction for Powers, so let’s see how this all plays out.