TRENDING
Go to DASHBOARD > Appearance > Menus to set up the menu.
Navigate
2992 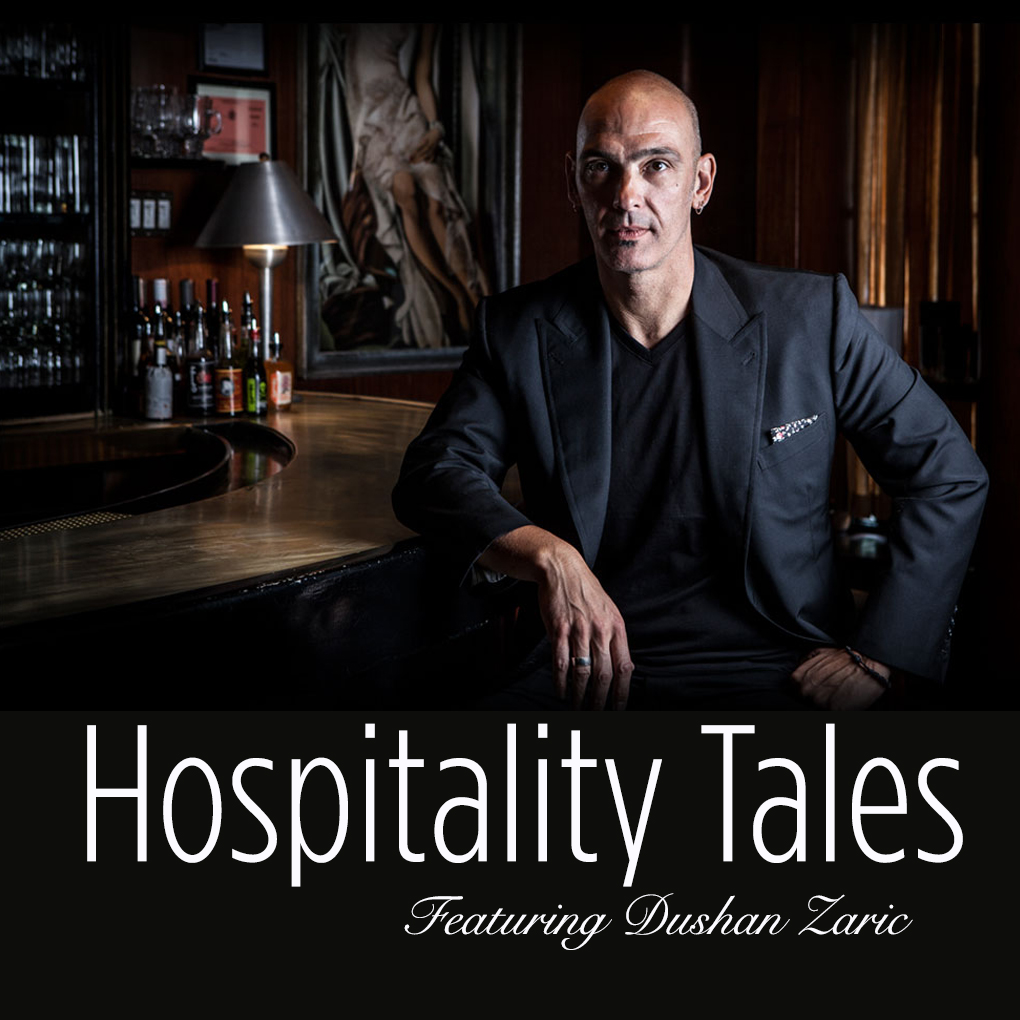 [dropcap size=”5″] T[/dropcap]he cocktail and spirits industry is exploding, and Dushan Zaric was there in the beginning of the new rennaissance. As an owner of Employees Only and the 86 Company, Dushan has been a pioneer when it comes to revolutionizing cocktails, and how we make them. He has inspired countless bartenders and restaurant professionals all over the world, and when you talk to the guy, he is legitimately one of the most humble and kindest individuals you will ever meet. Before the 2015 edition of Tales of the Cocktail, I had a chance to chat with Mr Zaric about a wide variety of topics in the hospitality game. In the second instalment of Hospitality Tales, you’ll hear his story, and also what it means to be a true hospitality professional. [divider top=”no”]

I consider myself to be a professional bartender, and although I only work when I’m invited to do guest bartender shifts, I still consider myself a bartender and I generally hangout with bartenders, and I talk to bartenders, and I teach bartenders. Whereas I don’t necessarily teach mixology, I certainly find it really important to speak to bartenders about how to stay relevant behind the bar, how to increase the longevity of working behind the bar, and build psychological tools so the bartenders can really perform their jobs to the best of their abilities.

I started working behind the bar when I was 21 and trying to make it by. The moment I started, the first thing that I realized is that I really love bartending and didn’t want to pursue any other career; I wanted to stay in hospitality. So I started looking for places that that had real bartenders, this was 1995-1996, and the only person that was using fresh lemon and lime was Dale DeGroff at the Rainbow Room. I finally got in front of Dale at Pravda in 1997, where I met Jay Kosmas, and Dale DeGroff became my teacher, which was one of the most important things to happen in my career. Having a teacher like that was really invaluable and I can’t put any kind of classification on that. It was a life changing experience not only because of what he taught us, but also how he taught us.

So we (Jay Kosmas) stayed behind the bar and vowed to become as good as we possibly could. Back then craft bartending was using fresh lemon and lime juice while making your own simple syrup, that was the extent of craft bartending. We took that and started making our own home made ingredients, started introducing infusions, macerations, and slowly but surely we opened employees only. We partnered up with 2 other bartenders who worked at Pravda with us, Igor and Henry, and brought in Billy Gilroy who knew what we didn’t, and that’s how to open a place, how to raise money, hire PR agencies, and all that stuff that you don’t really know when you’re a bartender but you get to know down the road.

In short that’s it. We evolved with Employees Only, we designed these apprenticeship programs for our staff so that they could also become professionals where we taught them, and promoted them into bartenders. Finally, 5 years ago, we sat down and looked at the industry, and realized that the bartenders of today are quite different than the bartenders of 10-15 years ago. Now they’re looking at people who are truly professionals and my generation of bartenders worked really hard so that we could have this situation. We realized that there weren’t enough tools for these people. So we decided to start the first liquor company in the world that exclusively serviced professional bartenders. We designed spirits for them, and we produced those spirits with the best master distillers we could find. I’m happy to say that they’ve been accepted really well, and bartenders love what we do.

On where the industry is headed

It’s really difficult to say. If you would have told me 10 or 15 years ago, that in 2015 we will have a global mixology bartending movement, TV shows, specialized products that are servicing the bartending community, barrel aged cocktails, and cocktails on-tap, I would have said “I would like to smoke what you’re smoking”. We can foresee that this is beyond the trend; it’s now entering the mainstream. You can see it in the tier B accounts that are national chain restaurants and they’re all employing professional bartenders and bar managers to be in charge of their cocktail programs. This is a really big step forward because it creates a base for the bartending community to stay relevant and strong, and we have the ability to educate our guests.

One problem we have in America and Canada as far as Gastronomy is that we don’t really dine the way gastronomy is meant to be. We sit down, we eat and have a beer or wine with our meal and that’s it. Gastronomy is much more than that. There’s the aperitif’s there’s the appetizers, there’s the slow approach to dining that European’s have done for centuries. So we are now seeing that the guests are embracing this now and that’s amazing, because you are now giving them an experience.

Hospitality in my mind is about the emotional experience. So with that being said, you have two lines of development for our profession that is moving simultaneously. One is the mixology element, the “let’s make better drinks”. It’s evolving beautifully and I can barely keep up because people are doing amazing things.

On the other side you have the consciousness and awareness that there is such a thing as an emotional experience that’s happening between the guest and the server, this line of development needs more work and we need to clear out some misconceptions. Bar owners, restaurant owners, chefs, and bartenders have to come to terms with the idea that their product is not going to differentiate them from anyone else these days. We live in the time of the Internet and you can get all the best ingredients that you need within an hour or two. If you have access to the Internet or a book, you can make any drink that PDT makes in New York; it’s not such a big problem. It’s also something that doesn’t differentiate you from anyone else because everyone else has that same ability. So in terms of being great in delivery of cocktails, you have to be extremely good like the ‘Aviary’ in Chicago that takes things to a different level, the Artesian bar, I can count on the fingers of one hand the amount of bars that are distinguished by the products they serve. Everyone else, the rest of us mortals, we have to include another level of interacting with our guests and that is hospitality. This is purely emotional. To train bartenders to understand that, to train servers to understand what it means to be of service, to understand that they are privileged to be of service to people, is the next step we need to make as an industry.

On the most important lessons that he’s learned from Hospitality

If you don’t like people, if you find yourself being annoyed or uncomfortable around people, maybe hospitality isn’t the best line of work for you. So be honest. The money is great and the moustache may fit you really well but if you’re a sarcastic young man, if you think you know it all, if you’re always on the defensive about how good you are, then maybe this isn’t the right line of work for you. If you don’t find yourself going to work with a smile on your face, it’s going to be tough to stay in this industry no matter how good your drinks are.

When you look at your guests, you have to remind yourself that you don’t know anything about them. So we have to give these people the benefit to be whoever they are and to accept them as they are and the way they’re coming. And lets learn how to be fluid and put the mask on that they need to see. It’s important to gain the ability to wear 100 different hats for 100 different people.

The other most important lesson is that you’re never done learning; you’re always a student. In hospitality, especially bartending, cooking, music, or anything that is a repetitive performing art, you need to constantly evolve in your craft. You don’t let yourself get fixed in your ways, you don’t let yourself get accustomed to the way things are always done, but rather you are opening yourself up to change, and change is the only thing that’s certain.