TRENDING
Go to DASHBOARD > Appearance > Menus to set up the menu.
Navigate
5250 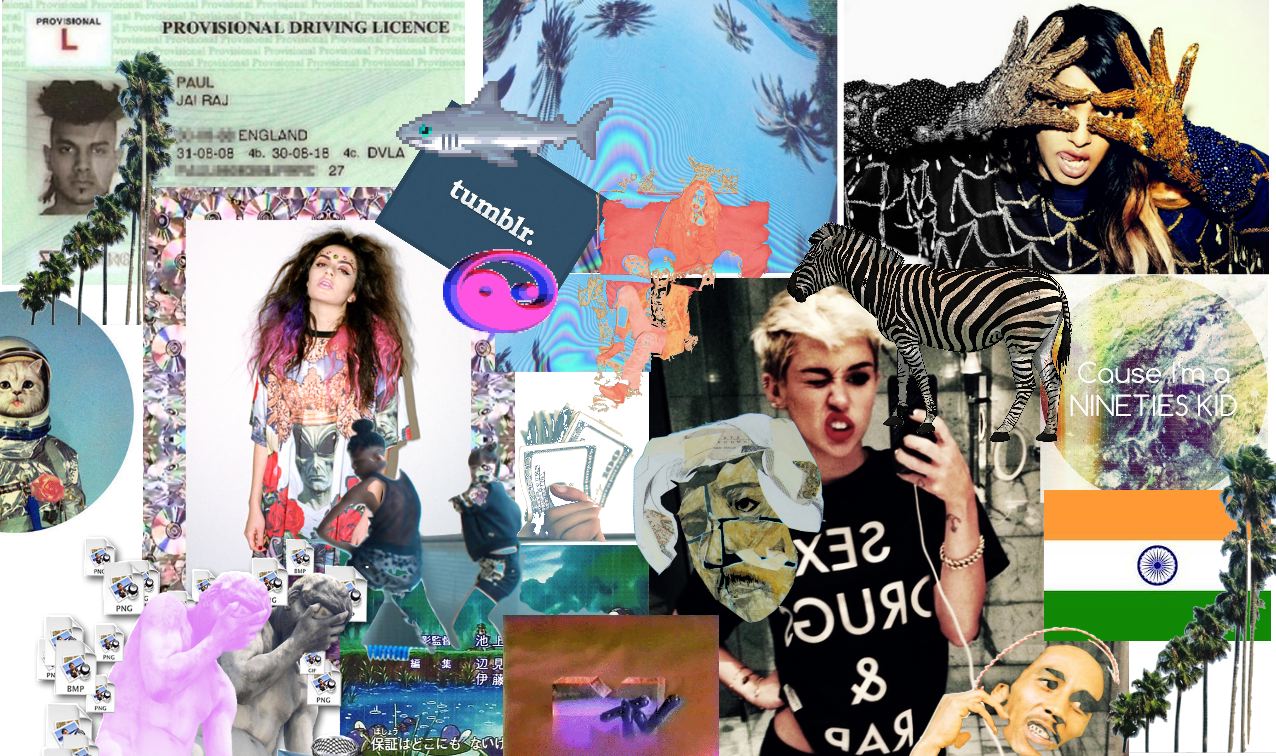 Music, along with many elements of our society, has changed rapidly and boldly in the past few decades. As the Internet and globalization have made the world smaller, our knowledge and understanding of humanity and culture has broadened and modiﬁed in ways unimaginable to generations of the past. Understanding the culture of a Third World nation, or of any faraway place, is a challenge that requires years of studying books and documents by those people who were privileged enough to see such places.Even those materials would be a look through a speciﬁc individual’s eyes typically versus the native people. Now many people across the globe have a voice that can be heard, a notable example being the Arab Spring when networks like Twitter and Instagram relayed the revolution to the world through the eyes and thoughts of those living it. We can now see so much of the world whilst in our own home; of course, nothing matches the lived experiences of traveling, but the point remains that we now know more than ever before about cultures and peoples as they continue to homogenize thanks to these new technological tools.

Today’s trends and subcultures can move quickly from a youthful expression on the city streets into the mainstream due to the digital revolution. Individuals want the freshest and coolest trends, and each trend is processed and spat out at an excelled pace, leaving the public yearning for the next subculture to hit the underground. Every trends from the digital era can be regarded in this manor, from street couture to seapunk. Typically networks like Tumblr or Facebook have a stake in the popularity of subcultures through related images, music and concepts individuals can post and promote. Music, like the visual mediums, are blending old and new sounds; the global ritual of crafting songs has led us to a time where it has all become one.Each genre, decade and song has bold reference points and blurs traditional styles. Proof of this may sit not with those who do revel in these new times of cultural and musical parody, but with those who don’t, such as rock bands that have stayed predominately within the genre of guitar-heavy North American rock music. Those bands are now struggling for relevance possibly due to the traditional and singular relationship to a genre. Bands that do offer more obscure or unexpected references (let’s say Vampire Weekend’s samples of M.I.A.) continue to thrive. Audiences are anticipating this pastiche and lack interest when the genre remains stagnant. This hoping of styles, cultures, sounds and samples may be based on the digital age we live within today.

If you ﬂip through this year’s album reviews references to the Tumblr generation are being utilized to explain the meshing of these subcultures and trends. Charli XCX is a ﬂag bearer of this practice, Pitchfork’s review of True Romance pointed to the album’s relationship with Tumblr versus a relationship with other genres of music or artists for reference. They also point to the fact that the Internet darling was born in 1992, and therefore grew up in a world of Napster and MySpace where every sound and personality became accessible at the click of a button. True Romance sounds like the synths of the 198s with the hooks and melodies of 199s pop, while samples of the new millennium ﬂicker in between.

While Charli XCX may be the purest pop form of this new age of blurred genres, Jai Paul, with only a handful of songs to his name, is a pioneer of postmodern music. Jai Paul’s production is more of a collage, a piecing together cultures, sounds and eras top a stellar beat. Obscure samples and snippets are paired with funk-infused beats that reference the glory days of Funk and Disco along with tribal sounds. Today, society is labelled postmodern: a “culturally dominant” concept that reﬂects a number of styles and theories grounded in how individuals and culture interact and conjecture based on previous periods of time while concerned with the effects of current factors such as consumerism according to theorist Frederic Jameson. Jai Paul crosses through time and cultures effortlessly to conjure a new realm.It’s rich with history and references, yet does not truly understand or relate to the references drawn upon. Instead it is based on the beauty and collective understanding of this global pastiche constructed and embraced by his audience.

Samples are not a new phenomenon by any means. Early hip-hop and electronic music grew from the seeds of sampled music, most notably sampling artists of funk and soul genres. In hip-hop, Public Enemy’s Fear of a Black Planet heavily sampled funk and soul to reference their heritage of African-American musicians and to create something chaotic and bold, yet familiar and accessible. Electronic artists like David Byrne and Brian Eno constructed samples and sounds in similar ways to Jai Paul with their references to Third World music and samples recorded of Arabic singers, African drumming, and an Exorcism in the 1981 album My Life in the Bush of Ghosts. Both early innovators of sampling clearly were referencing a past culture. Hip-hop sampling allowed a continuation of African-American culture that had developed with blues and continued through Motown and funk music as a distinct culture. Jai Paul doesn’t reference one culture in particular, but instead mashes together sounds from the entire world into a party that does not relate to the past as much as the present. Today we can explore cultures, histories, sounds and places at leisure without a pause… just Google any of it after all.

Kanye West utilizes traditional sampling techniques, yet he furthered his production with the release of Yeezus to capture ﬂashes of old and new smashing together in blunt and innovative ways. Songs such as “On Sight” are hard-hitting,electronic creations that abruptly reverse trajectories with samples of gospel hymns, in this case “Sermon (He’ll Give Us What We Really Need).” The album’s samples are far ranging from dancehall to soul music, notably “Memories” by Beenie Man, “Bound” by Ponderosa Twins Plus One, Nina Simone’s “Blood on the Leaves” and TNGHT’s “R U Ready.” The clash and obvious use of samples differs from older uses of sampling where it was once to be disguised into the track to make something new. Kanye instead extends and elevates the samples, using them as a tool to change course, spark new emotions for the listener and reinterpret what the purpose of the harsher beats was in comparison. West has mastered the use of contrast – of the old and new, of the angry but vulnerable. He brings together different genres of music through his sampling to spark emotional and physical impact for the listener.

Another artist prone to contrast and a wide variety of inﬂuences to create a postmodern sound is the notorious M.I.A. Clashing cultures together through music and gaining the title as the Third World Popstar, M.I.A beneﬁtted from the Internet generation right away.Just glance at any of the artwork she has developed that embraces technology and rough Photoshop skills in a way now seen on Tumblr and social media regularly. Samples on her albums are wide ranging and include references to Bollywood, to Jamaican dancehall, Punk Rock to politics worldwide, and so much more. She is a source of strong opinion, a wealth of appropriation from around the world, and a pop star outside of the mainstream. Only in today’s society could such an artist be rewarded and embraced as M.I.A. has been. She and her audience are one in the same in many ways: they are paranoid after reading the terrors in the world, they are not from one place or labelled as one culture, they are citizens of the world who transcend through labels and cultures, they evolve into a collage of sources and inﬂuences that are worn on a sleeve with pride. Appropriation remains a scary technique in the music industry. Artists have either seen celebration or hatred for appropriation in other cultures and nations. Paul Simon received a lot of criticisms as to how fair his use of South African musicians were for the album Graceland, but ultimately the acclaim and popularity won out. As of late, The Weeknd has had a little trouble with sampling, while Miley Cyrus has appropriated hip hop culture with mixed reactions. The Weeknd has a history of sampling since his ﬁrst studio album originated as a mixtape, full of sampled songs from various genres. As his sophomore release approaches his use of sampling has been questioned when Portishead stated they denied the use of their song “Machine Gun” on his single “Belong to the World.”Nevertheless, the song has been released. The production credits are not out just yet, so either it has been cleared as a sample, or recreated in a similar way without sampling. Portishead’s protest is particularly interesting in this scenario, since it raises the question of when referencing another artist’s music is all right. The artists discussed in this article constantly are utilizing pre-made music and morphing it into their own creations. Portishead has a voice, but many who are sampled may not, whether being a niche genre from a foreign country, or having passed away like many funk and soul singers. Would Nina Simone want Kanye West using “Strange Fruit” in a song where he goes on about bitches and breakups?

Miley Cyrus has undergone an image makeover with her new song “Can’t Stop”. She now twerks, wears grillz and hangs out a lot with Snoop Dogg, Mike Will Made It and Big Sean among others. The video for the song, as well as her transformation overall, has been questioned as appropriating black culture and using style and slang to beneﬁt herself. Vice wrote a smart piece on this topic based on an interview with African-American Studies Professor at the University of Ohio Akil Houston, who said, “(the issue) continues a long tradition of what Bell Hooks might refer to as ‘eating the other.’ Hooks noted that within commodity culture, ethnicity becomes like spice seasoning. It is used to liven up the dull dish that is mainstream, white culture.” This implies it is clearly a strategic move for Cyrus’s continued success, but also that she is far from the ﬁrst to do such a thing. As trends and subcultures are embraced and dismissed at a rapid speed, the mainstream tastes one seasoning and is ready to move on to the next.

While music continues to be released, it is safe to say we can expect many more global sounds and postmodern sampling. The Tumblr generation means our artistic mediums, music included, will become increasingly intertwined thanks to the unison of numerous inﬂuences and inspirations. The importance of the references, whether a Bollywood soundtrack or Nina Simone’s sultry and powerful vocals, won’t be who or what they are, but how they are transformed into something new. The Postmodern pop stars are not based on the past genres, but instead utilize them for reasons without context. The equivalent of creating a collage from magazines to make a new image, does it typically matter the relationship to the original article or photo? Not at all. The world we live in today allows for constant scrolling, There are a million images and sounds to stream and see; none of which maintain the original cultural or historical signiﬁcance to the casual digital observer The world is a collage of information and art that can be snatched up at random by musicians to piece together a new beautiful sound unlike the rigid genres of the past.