TRENDING
Go to DASHBOARD > Appearance > Menus to set up the menu.
Navigate
4728 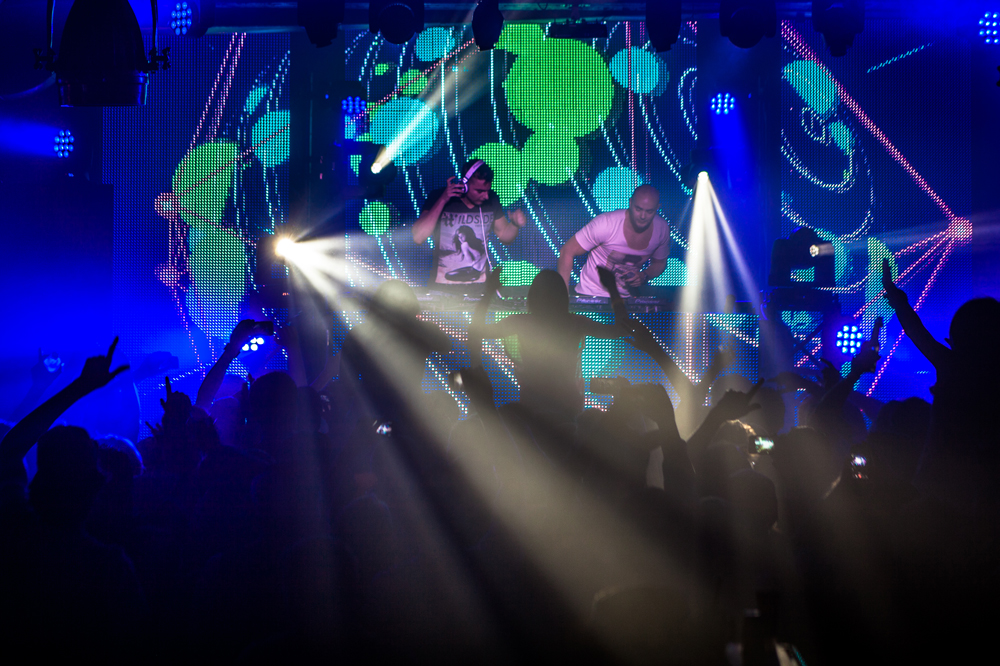 2. We shall not conform.

3. We shall not sell out

8. We shall not imitate.

10. We shall do the one thing we know best: burn it down, blow it up and raise the roof!

With their recent transition from hardstyles to a more electro and house sound, some claim Showtek failed in upholding their own rules.

“We had to do something different or else we would be selling out to ourselves,” explains Wouter.

For almost a decade, the Dutch brothers dominated the hardstyle music scene, a popular genre of dance music in Europe.

“After doing harder music for eight years, we felt like we needed something else… we felt we couldn’t be different anymore,” says Wouter.

No longer feeling satisfied, the duo decided to get outside their comfort zone and reinvent themselves; a bold move for any artist, however not for Showtek as they already had previous experience in pursuing different musical avenues.

“We did a switch even before we did hard music,” says Sjoerd. “We came from a techno background so we actually did a genre change back then too.” 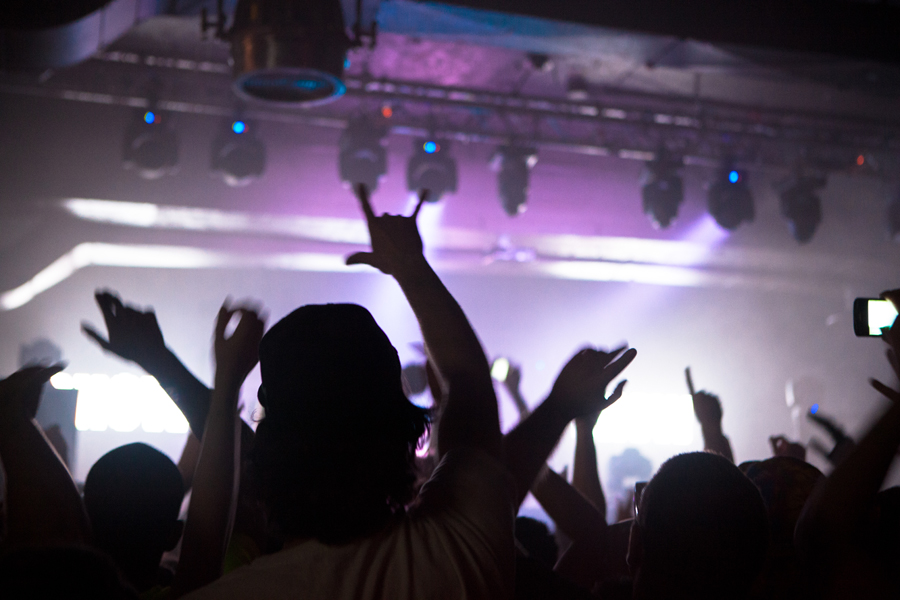 While many Showtek fans are surprised at the recent change, Wouter and Sjoerd said the transition was natural and inevitable. During their hard music years, the brothers were also producing with other artists and making different types of music under the surface.

“We were producing with Marcel Woods and Tiësto, so we already produced a lot of electro, trance and progressive but never actually put our name on top of it,” says Wouter.

What many people don’t know is that Showtek co-produced Tiësto’s smash hit “Maximal Crazy.” Accompanying Tiësto to EDC Las Vegas a few years back, Showtek saw the crowd going crazy over the track.

“EDC was the moment that we felt we needed to do something new because we felt that there was a new stream, a new thing going on and that it was going to get bigger,” says Sjoerd.

That new “thing” would soon become the EDM phenomenon that is continuing to gain both popularity and criticism in North America.

When asked about their opinions on EDM, the boys argue that there are pros and cons to the situation.

Although many argue EDM has become too mainstream, Wouter says it’s impossible for good music to stay underground. “If it’s a good song and people fall in love with that kind of music, then there is going to be a bigger following.”

“If you want to be underground, take the subway,” concludes Sjoerd.

According to Showtek, the problem with EDM is not about mainstream vs. underground, it is an issue of quality vs. quantity. “The quality is the problem right now. There are a lot of tracks and some less good tracks… [however] there are so many talented artists worldwide making great music and if you deliver quality, people will still love it,” says Wouter.

Delivering a quality sound has always been the top priority for Showtek. Although they have switched to a more EDM styled genre, Sjoerd and Wouter assure me their tracks stay true to the Showtek vision.

“There is always a Showtek signature on every track we do and you can still hear the Showtek touch,” says Sjoerd. “So it is still Showtek but just with a new sound.” 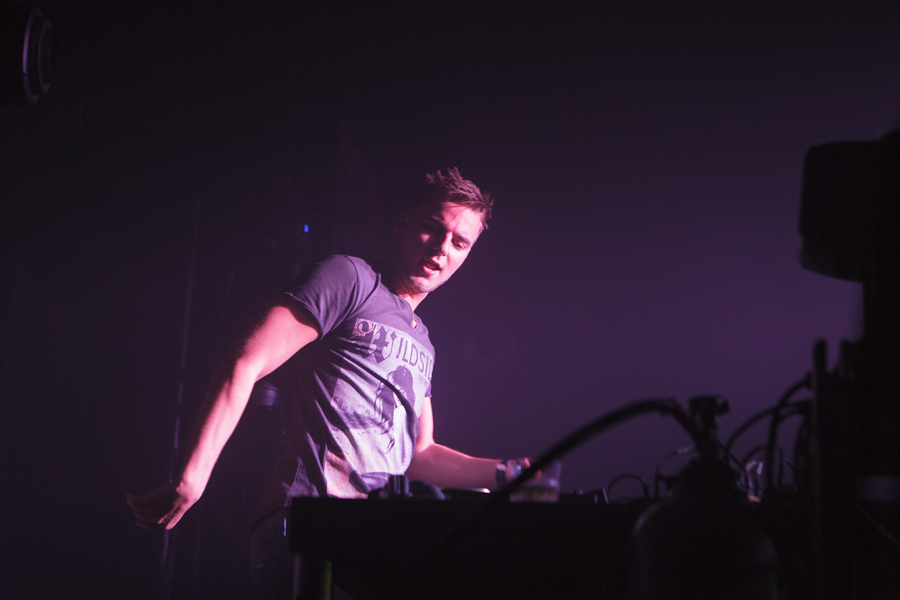 Having been a Showtek fan for numerous years, I believe them when they say they’ve stayed true to their roots. Their hit singles “Cannonball” with Justin Prime, “Get Loose” featuring Noisecontrollers, “Hell Yeah!” with Tiësto and “How We Do” featuring Hardwell all possess that spunky, hard hitting bass that makes you want to get up, fist pump and dance uncontrollably.

“We don’t make music for sissies; standing still is not an option when you go to our sets,” says Sjoerd.

Both of them agree that the genre transition was one of their biggest accomplishments and that it was a good choice on both a personal and professional level.

“We went through this phase in our career where we would play and we weren’t convinced in what we were doing, it feels right what we are doing now,” says Sjoerd.

Continuing their Crazy Collabs project, Wouter and Sjoerd promise more fresh and upbeat collaborations in the near future.

“We created Crazy Collabs to show the world that we are capable of doing something new and it was our way to slowly get into this scene,” explains Sjoerd. 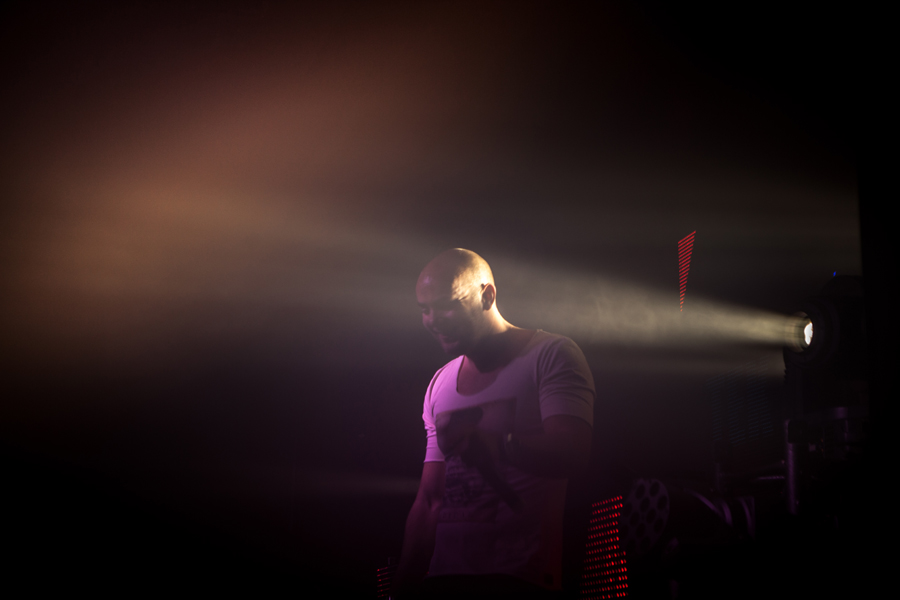 When asked about their dream collaboration, Sjoerd says that he loves Knife Party and wants to do something with them while Wouter is dying to work with Coldplay.

“It would be great to record a track with Coldplay and make it really weird with their voice and piano with our beats,” says Wouter.

When not touring around the globe or making music in the studio, Wouter and Sjoerd are basketball obsessed and are either playing the sport or watching it.“We are huge NBA fans. I’ve watched every playoff game so far!” says Wouter.

They can also be found on any beach in California, catching up on movies or seeing friends and family when they have spare time.

When it comes to partying, the boys love Los Angeles; though they agree the best party is in Asia. “Most people don’t know but South Korea is crazy… they really go nuts,” says Sjoerd.

With a busy tour schedule that included a crazy show in Ottawa just this past week, and the promise of many new bangers coming out, we can only expect more great music and gigs to come from Showtek. If you wanted to stay updated with Sjoerd and Wouter, check out their Facebook page.