TRENDING
Go to DASHBOARD > Appearance > Menus to set up the menu.
Navigate
2039 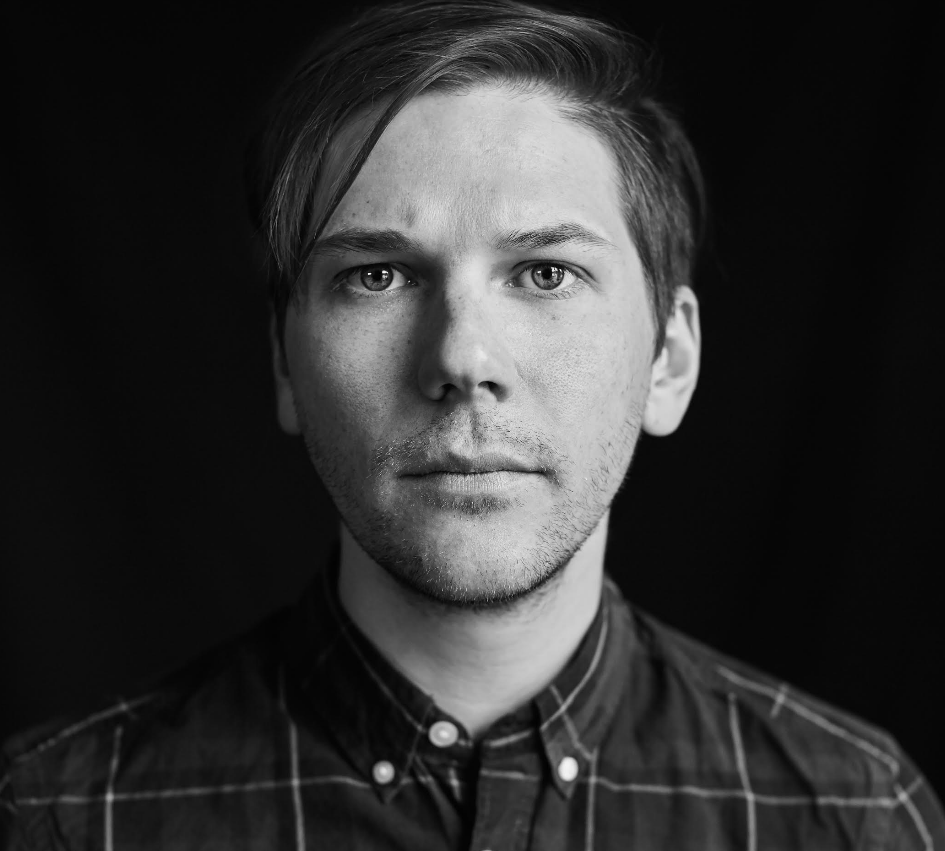 Who says songwriting has to be conventional? Sure, it’s all well and good to follow a displayed structure to prevent any alienation between fans, but in order to stand out among the crowd, why not stir the pot a little? Why is it that we tend to only remember a song’s chorus? We spend our time mindlessly tuning into the opening verses only to belt out the repetitive words that a song is built around. Surely no one will recite “Tell me, tell me baby, why can’t you leave me?” when asked to sing Ariana Grande’s “Problem”. What stands out is the chorus. Its repetitive nature and catchy lyricism make it undeniably enjoyable and not easily forgotten. We live for the chorus and its ease to feel like a part of a bigger music experience. Just recently, I attended a Kendrick Lamar concert and even though no one rapped alongside Kendrick during his verses, the crowd was enthusiastic to chime in as the sensational chorus of “We gon be alright!” came on.

So what happens when someone attempts to make an album solely comprised on choruses? Gregory Pepper is a Guelph-based musician with a spunky attitude and a fire under his seat. His no-bullshit spirit is the driving force for his power pop compositions that avoid any unnecessary detours and road blocks. On his latest record, aptly titled CHORUS! CHORUS! CHORUS!, Pepper manages to give such raw force without breaking the 2-minute mark on any of the songs. Their only contents are catchy, to-the-point chorus lines that are sure to get stuck in your head. And with such interesting titles as “Smart Phones For Stupid People” and “I Wonder Whose Dick You Had To Suck?”, this is a memorable release.

I had the pleasure of chatting with Pepper recently over Skype to shed some light on this unorthodox project. We discussed various things from beer-swilling hipsters to the Dumb and Dumber soundtrack to the efforts of getting noticed by Pitchfork. Check it out below:

JC: Where did the idea come from to do an album solely focused on the chorus of a song?

GP: That’s an inside joke and like most inside jokes it would probably spoil the humour by explaining it. I had a bonehead buddy who, years ago, came up to me and said, “Hey man, I’m gonna make an album of all choruses”. So I go to him, his name is Jay, I say, “Jay, a chorus is only a chorus in relation to whatever part proceeded it and follows it”. He goes, “No no no, it’s gonna be chorus, chorus, chorus”. That was a joke that stuck and then when we decided to do the all-short song pop blast 7″, the old inside joke came back. I resurrected it and now he wants a piece of the profits. I told him I’ll give him a shout-out when I finally get that Pitchfork review.

JC: How do you plan to celebrate this new album’s release?

GP: You know how the old story goes: There’s a lot of mediocre major label bands from the 90s that had to reissue their albums, so I think from asshole to elbow, it took about 5 months to press a 7″. We’re doing the usual campaign videos stuff like this, chatting with people, and whatever other shameless self-displays I can muster to get some attention.

JC: Anything to get your name out there, that’s important.

GP: Yeah, it’s strange times. It’s like the great equalizer to have the technology at your whim, so everything is accessible but at the same time there’s such a flood of information that it’s difficult distinguishing yourself from the rest of what’s out there.

JC: You have to make yourself unique and stand out.

GP: Corpse paint! Maybe that’s what I’ll get into.

JC: Did songwriting become easier or prove more challenging with this new record?

GP: I’ve always written pretty short songs and I’m of the opinion that there are big songs and little songs and they resolve themselves of their own momentum. My biggest complaint about music is that, at times, songs get boring at that one-and-a-half minute mark. Okay I’ve heard the hook, I’ve heard the verse, I’ve heard the chorus, and now it just repeats another three times? My intention has been to cut out any unnecessary bit of fat on a song and reduce it to its essence. There was one song on [CHORUS! CHORUS! CHORUS!] that actually looped. Thematically, I could have drawn out more from it. I did specifically choose songs that were little, condensed pop ideas. I think most of my influences inform me. You know, like commercial jingles and old television theme music, stuff I grew up watching. It’s the pop that’s boiled down to its essence. They can’t all be “Bohemian Rhapsody”. If I ever write one of those, then I’ll put out a 6 or 7 minute song.

JC: If it’s worth it for that length.

GP: If it’s worth it and if it’s interesting. You don’t see a movie that you like and say, “Man, I wish it had been shorter”. You always want it to be longer. Although a bad movie… You never see a bad movie and wish that it had gone on longer. You just want it to end. I don’t want to make anybody bored. Like a doting Jewish mother, “I don’t want to bore you!”.

JC: Just go straight to the punch and that’s that.

GP: That’s it. Spike the punch and get the kids outta here!

JC: I find with long songs, when the band is recording it, then it must be a really good song to have the patience to make a 25-minute song or else, who’s going to listen to it?

GP: There’s something a little self-serving about that. You could just see the guys in the jam space running the same four bar loop for like 32 bars going, “Yeah this is the best, man!” You end up hearing a song about 1000 times between rehearsal and recording and mixing and mastering, so by the 999th time, I don’t know if you’re really going to want to hear that chord progression again.

JC: What is your opinion on live shows? What kind of venue do you prefer to play at?

GP: I don’t like anything about touring or playing live except for that actual half hour that I’m on stage. Frankly, I don’t care [about venues]. Big venues are a good boost to the ego to be able to play to a large crowd but there’s also something to be said for smaller, more intimate affairs. As long as people stoked to be there, that’s all that matters. I get a lot of gratification playing for crowds that didn’t necessarily come to see a power-pop band by trying to win them over. We sort of have a serious fun motto. We take the musical and technical aspect very seriously but for the performance, we don’t shoegaze, we don’t act up, we wear stupid, coordinating outfits because it’s a rock show. It’s supposed to be fun. I love the musical side of it, of playing and trying to get a smirk out of those cross-armed hipsters.

JC: Those guys that are motionless except for a little head bob.

GP: Yeah, the guys that clap on their thigh because they’re holding a pint. I love playing but the other 23 and a half hours of the day that facilitates touring, it seems fun in retrospect but at the time, it’s not my favourite thing in the world. There’s nothing productive about it. You’re burning gas, you’re burning time, you’re trying to not strangle the guy sitting next to you in the car. But I love playing live, I’m pretty stoked on the band that we have now. We have a third guitarist, so that means three-part “guitarmonies” which is super fun for everybody. I’m looking forward to playing more this fall.

JC: What has been on repeat for you, music wise? Any tracks or albums that you find yourself going back to constantly?

GP: Tour pro tip: When we were on our last little jaunt of shows and we were driving our old vehicle, which only has CD-player capabilities, it’s good to stop in at a pawn shop on route. I think because of the distorted, poppy nature of the new songs, I’ve been getting the 90s comparison a lot. We picked up a couple of the Big Shiny Tunes compilations. You know, we’re all born in the early 80s so that’s our bread and butter. It was pretty next level, man. To make a long story short, I’ve been indulging in a lot of 90s nostalgia recently. That and Thin Lizzy, who are the godfathers of the “guitarmony” that we relish so much. We picked up some Offspring, Dookie, but there were also some stinkers in there. I recommend avoiding the Dumb And Dumber soundtrack. There wasn’t much there, the well was dry.

JC: What is the best compliment you’ve received from a fan of your music?

GP: The last round of shows we got, the most consistent comment we got was that it was fun. The show was fun and I think people can tell that we’re enjoying ourselves because we can’t wipe these retard smiles off our faces. I think that’s become a bit of a rare commodity on the indie rock circuit. Everyone is concerned about selling a brand and creating an identity and that’s all intertwined with a cool detachment. We all enjoy playing in a band, getting to meet people, and play shows. I think if people can pick up on the fun element because it’s music, man. It’s not that big of a deal. They’re just pop songs and if you’re going to go out and cross your arms, sip a beer, and not talk to anyone, what’s the point? We play it to have fun and we hope people can pick up on that.

GP: The motivation has always been to do a full vinyl release. We’ve always done coasters in the past and I’ve been on some other peoples’ records on vinyl, but never my own. There was an econo-reason for cramming that many songs onto a 7″, which was the cheapest format to do vinyl. I’m not gonna stop writing short songs, I am thinking getting into a very short run of music with visual accompaniment. Sort of like a Wu Tang thing, remember that? They only made one copy. I’ve been listening to a lot of doom metal and I’ve got a series of demos with a sort of doom pop that I’d like to try and do. If you look at my discography, I don’t repeat myself that often. I don’t imagine I’ll do anything that’s in the same vein as the chorus album but certainly not giving up on extremely short pop songs.