TRENDING
Go to DASHBOARD > Appearance > Menus to set up the menu.
Navigate
1921 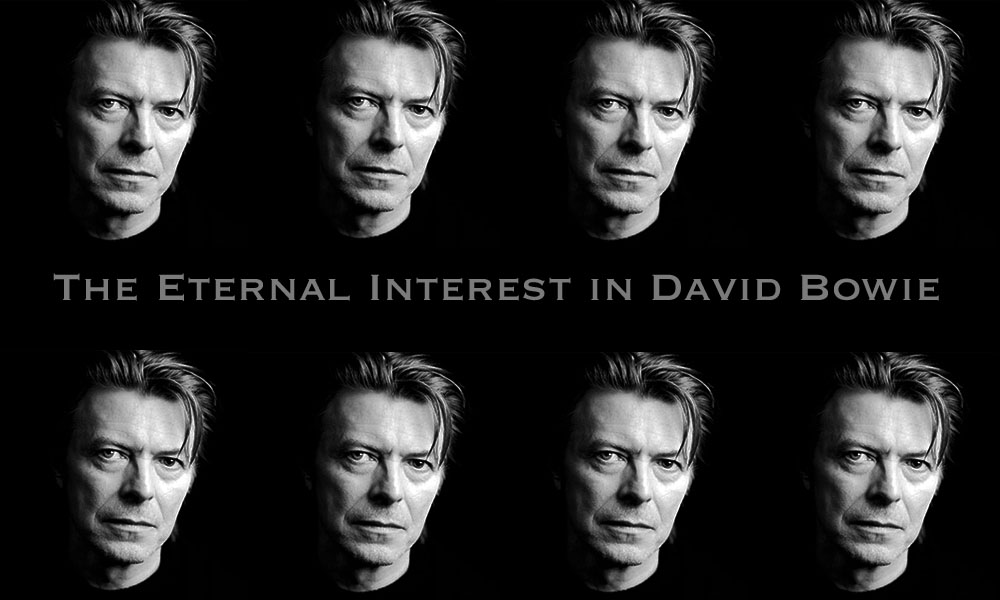 What Fascinates So Many About the Star & His New Album?

David Bowie is an icon, now more than any other time. The most acclaimed artists of today all name him as an influence, no matter the genre or realm of music. He reflects the culture we live in, where identity is optional, as something bendable and changeable, while the digital age has encouraged control and reinvention of identity representation even further. To reinvent yourself has never been easier or more accepted by society, and Bowie embraced that change for decades. His career has morphed and developed with drastic and captivating left turns and controversial decisions. Whether his sexuality, his personas (such as Ziggy Stardust or Aladdin Sane), his films, or his deeply auteur-like musical experimentations and lyrics, Bowie has never been one to sit still; he is always reaching for more. The roads he crossed on his journey included the Ziggy Stardust persona, an alien from space; the cocaine-ridden Thin White Duke; the dark Berlin Era that saw Bowie face his demons while embracing his artistic motivations; and the unforgettable 80s popstar Bowie. His continued variations on music, style and art to this day naturally lead to the release of his latest album, The Next Day.

This new album appeared almost out of no where after 10 years, without a release by the Thin White Duke since. A surprise to all in 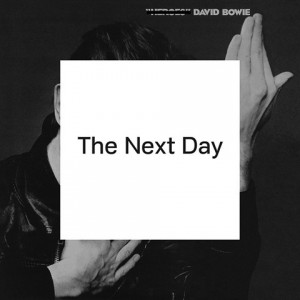 January (for the 66 year old’s birthday), two singles were released, with the full album released in March. Albums are announced constantly, but unless a star is perpetually in the spotlight it can be difficult to develop excitement outside of one’s own fan base. Bowie has amassed a buzz through unconventional methods, while almost never uttering a word to the public. One print interview with NME for the early preview of the entire album on iTunes, and a bizarre but genius video featuring Tilda Swinton, were the biggest events leading up to the release. Generation upon generation continue to embrace what Bowie has done, his personas, and his music. Search the man on Tumblr, or any social network and you will discover a variety of ages and subcultures respecting the British legend and anticipating his return.
So what is it about Bowie that makes him so legendary? How about Madonna, who still has 10 years to reach Bowie’s age, but has lost some critical and commercial steam recently? Or the classic rock legends such as the Rolling Stones? Madonna has built her success on reinventions of relevancy and shock, while Bowie’s evolution has been through a more organic process that never felt cheap or only to generate sales. While the Rolling Stones reach audiences and retain the respect of fans, they have not released an album to cross the generational gap the same way they used to since the 1990s or 1980s when Bowie was working with Nine Inch Nails and Mick Jagger was ripping off K.D Lang.

Faced with the challenge of remaining relevant, fifteen minutes of fame is still a valid concern of any artist in the viral digital age. It’s not easy to keep fans and audiences engaged. Bowie’s constant changes are a core example of how we have room to play with who we are, what we are inspired by, and our physical appearance more than ever before. 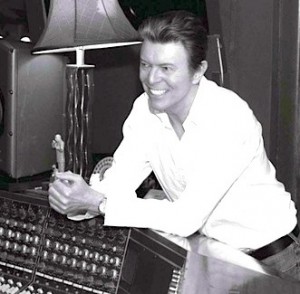 The Next Day offers yet another new Bowie: a man who has aged and is identifying with this difficult knowledge we all must face one day. The album brings back recollections of past Bowie records, but namely his dark Berlin era, offering both abstract but personal songs. Bowie in 2013 still has much to offer, with an extremely strong LP release that captures his current self while still having fun defining his identity, blending various elements from his career. The album could be considered an expression of how one man can be so many things while always being himself. A revelation such as this reaches the consumer society of today where the self is a commodity – our presentation of self is gazed upon by friends (and followers) like never before.  Just as each of Bowie’s albums and identities could be considered valuable an individual can “sell” a fragment or persona of themselves to Twitter followers, Instagrammers, their boss, or their lover while remaining true.

The Next Day pays tribute to Bowie’s past lives and current anxieties. It is a process that each of us go through in some way. Bowie’s career simply offers a collectively known and mammoth-sized version of this self-discovery and commodity of persona. This has allowed a connection with the star that does not require interviews or explanations because he has already laid it all out on the table for your eyes and ears to put together like a puzzle. His true self lies in all of his personas, artistic experiments, lyrics, and fashion. The Next Day provides one more missing piece.