TRENDING
Go to DASHBOARD > Appearance > Menus to set up the menu.
Navigate
5300 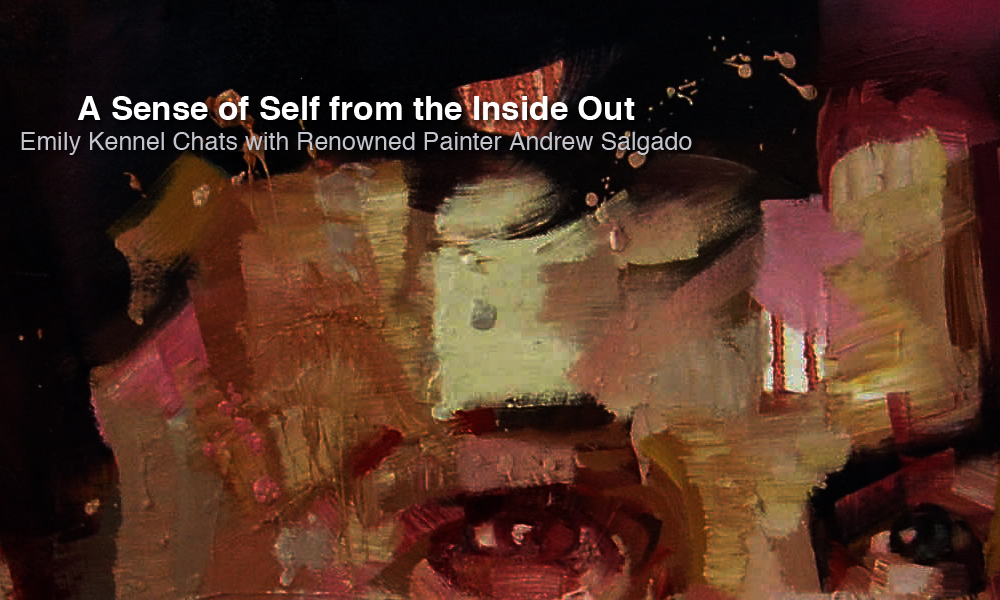 An interview by Emily Kennel

Chatting with Andrew Salgado on his Work, the Art Market, and his Upcoming Ottawa Engagement

Despite cyclical and unpredictable economic troubles, there are few things that make better investments than art. Last May in the midst of a crippling recession Edvard Munch’s painting The Scream sold for a record $120 million at auction. This painting, which is one of four very similar versions, broke records by reaching the highest price ever paid for a work of art. The Norwegian painter, Munch died in 1944 and is renowned for his depictions of psychological struggle, which in turn went on to inspire much of 20th century expressionism. While Munch has already been established as an influential artist of the 18th century, the interest in contemporary art and emerging artists is just as coveted as works of the old masters. Industry analysts are continuously baffled by the contemporary art market, which never fails to surprise and shock; which art receives the highest bids is often difficult to predict. One artist that has continuously impressed collectors and captivated the art world is Andrew Salgado. Originally from Regina, Salgado has been living and working out of London since 2008. His domination on the scene, and the changing face of contemporary art, is best encapsulated by the commission he received to paint six new works to be displayed in the front windows of London retailer Harvey Nichols. Within one hour all paintings had sold. 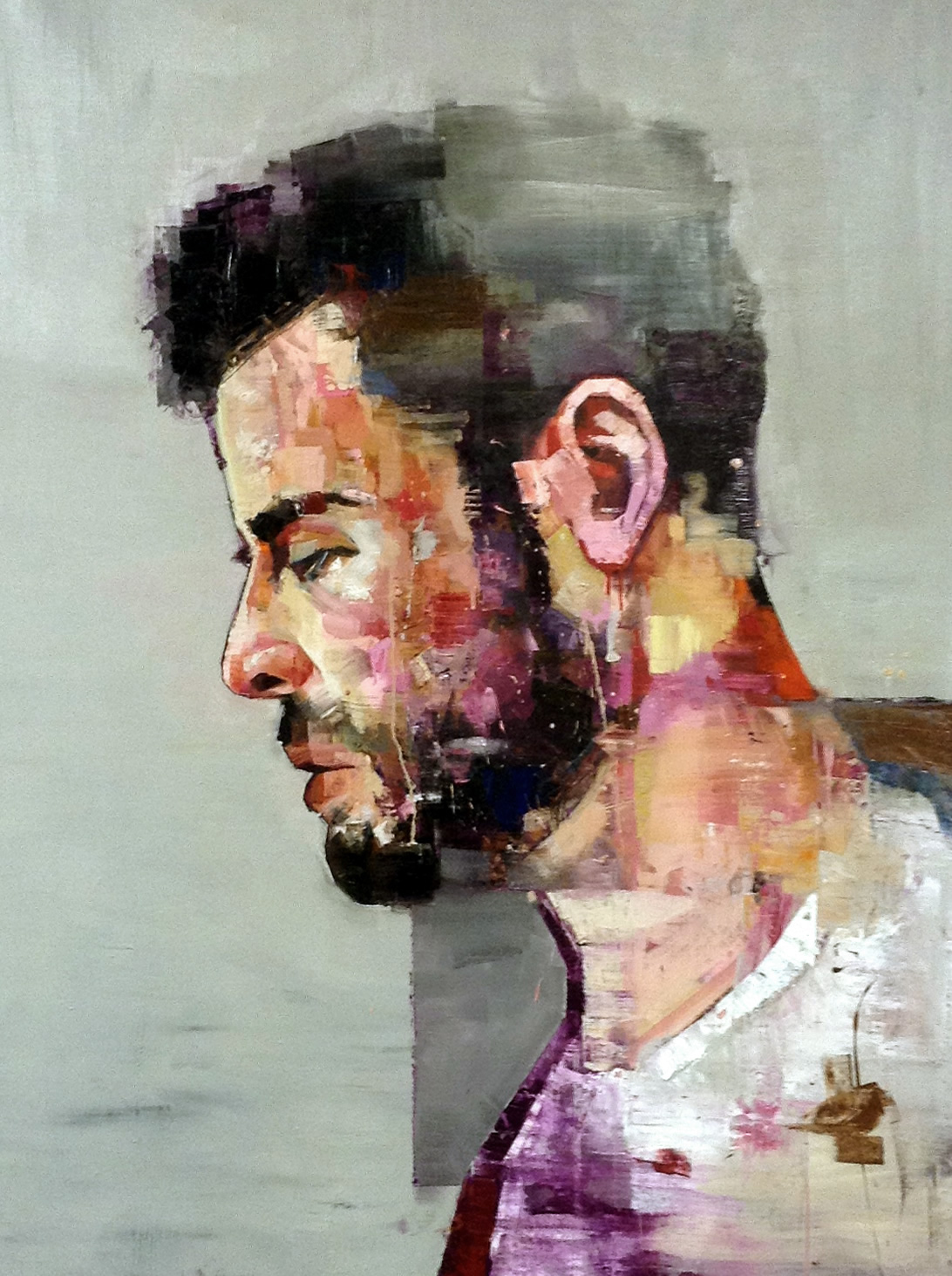 Salgado’s success is no mystery; he is a phenomenal artist. Producing mainly figurative works, he tackles the notion of identity in its many facets. Whether political, social, or something you can’t quite grasp, Salgado demonstrates how the politics of the body can convey much more than physical appearance. His painterly treatment of the figures reminds me of Jenny Saville’s own examination of flesh and its social connotations; an exploration of the body as an occupier of both public and private space and what this means in turn for a consideration of self. Where Saville explores the female body, Salgado focuses on the type of beauty found in the masculine. Opening this week in Ottawa’s La Petite Mort Gallery is Andrew Salgado’s most recent show The Smallest Heart’s Desire, which will feature eleven new works that explore a narrative sense of self; as our own best critic are we the hero or villain to our own story? I was thrilled to communicate with Andrew earlier this month and pick his brain on the contemporary art market, his own take on his ongoing success, and what we can expect from his upcoming show.

Originally from Regina and an alumnus of the University of British Columbia, you have been living and working out of London, England since 2008. How do you feel the art scene in London is comparable to that of the Canadian West Coast? Is there a large discrepancy between the two art environments?
Well, to be totally frank, I don’t see much crossover. I find that any art scene changes quite dramatically depending on the city. After my degree I lived for a year in Berlin – an amazing and alternative experience – with an art-scene quite different from what is happening in London, but even London is going through a cultural revolution at present, so I’m lucky to be geographically situated between areas like Berlin or London that are porous cultural sites. London in particular has a thriving art scene with openings, events, and great shows popping up regularly. It’s a spellbinding, fascinating, non-stop city – so I feel that I am still (and constantly) learning; but learning as a practicing artist is an entirely different world than learning as an art student.

As a student, I felt confident upon leaving Vancouver and coming to London to do my Master’s Degree, but London juggled my senses: not long after commencing my Masters, I would find myself comparing an artist’s craft to an egg, and though I assume there are schools that help students polish that egg, Chelsea College took my egg and smashed it on the ground. Of course the option is to walk away from the mess, or begin the lengthy process of picking up the pieces. While this seems anecdotal in retrospect, at the time it was a lengthy and often-frustrating process of trying to redefine who I was as an artist, and to establish my artistic voice.

I guess I see Vancouver as always being very photo-based, with a conceptually focused art scene. There wasn’t much breathing room for an emerging figurative painter such as myself and I think that there are a lot of painters from Vancouver, friends and peers of mine, with similar inklings feeling somewhat frustrated by the lack of a particular sort of opportunities in that city. It’s a shame, because I love Vancouver, but I think the scene there is a lot safer than one that you’ll find in a city like London, for instance. Even academically: there is a lot more ‘control’ in the North American arts-academic world. In the North American system there is much more guidance – for better or worse. You are guided and mentored and in the UK this doesn’t happen. I was taken aback upon first arriving in London at the sheer lack of direction we were given as Masters students. In fact, I very nearly dropped out of my Masters program 3-months in – I was so disillusioned by it all. I had a very negative experience at graduate school and I was immensely unhappy with a number of things both personally and professionally. After a certain period of time, however, I learned how to see what I first perceived as faults in the UK scholastic system as its fortes. I’m still not sure if that was just making lemonade out of lemons, or if it was a real revelation….either way, I’m totally contented on having stayed in the program: its lead me to where I am today. After graduation, however, the true wonders of the London art scene began to reveal themselves, and I’m here to stay…at least for now.