TRENDING
Go to DASHBOARD > Appearance > Menus to set up the menu.
Navigate
3364 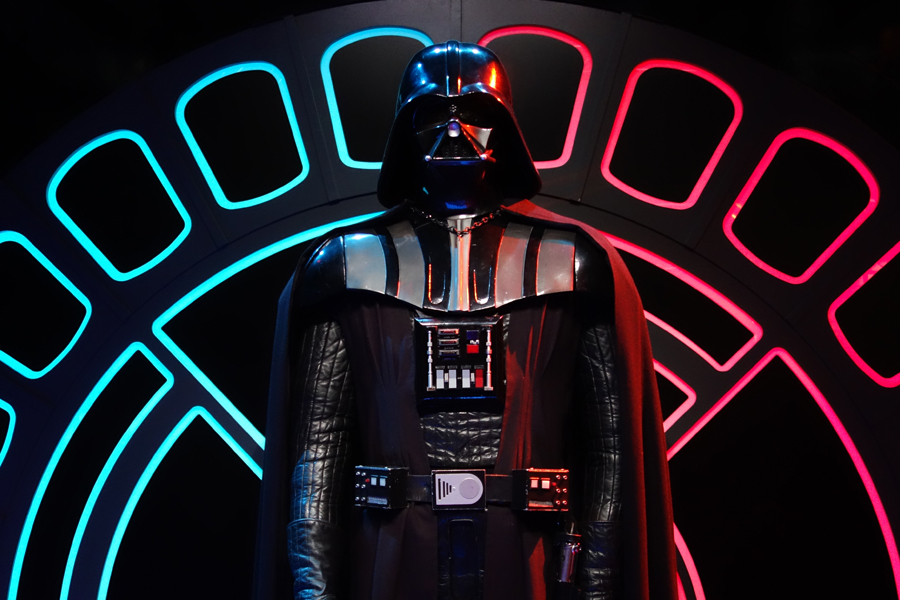 When the traveling Star Wars Identities exhibit came into Ottawa, the city was buzzing with excitement and curiosity. It seemed a magical spell was cast on Ottawa’s citizens as everyone, young and old, began to flock to the Canadian Aviation and Space Museum.

I began to hear “May the force be with you”, “Luke, I am your father” and other famed Star Wars quotes on a regular basis from friends who gushed about their experience at the exhibit. One day at work, my adult co-worker came in with all smiles while lugging a massive Chewbacca stuffed animal, which he couldn’t resist buying after visiting Star Wars Identities. 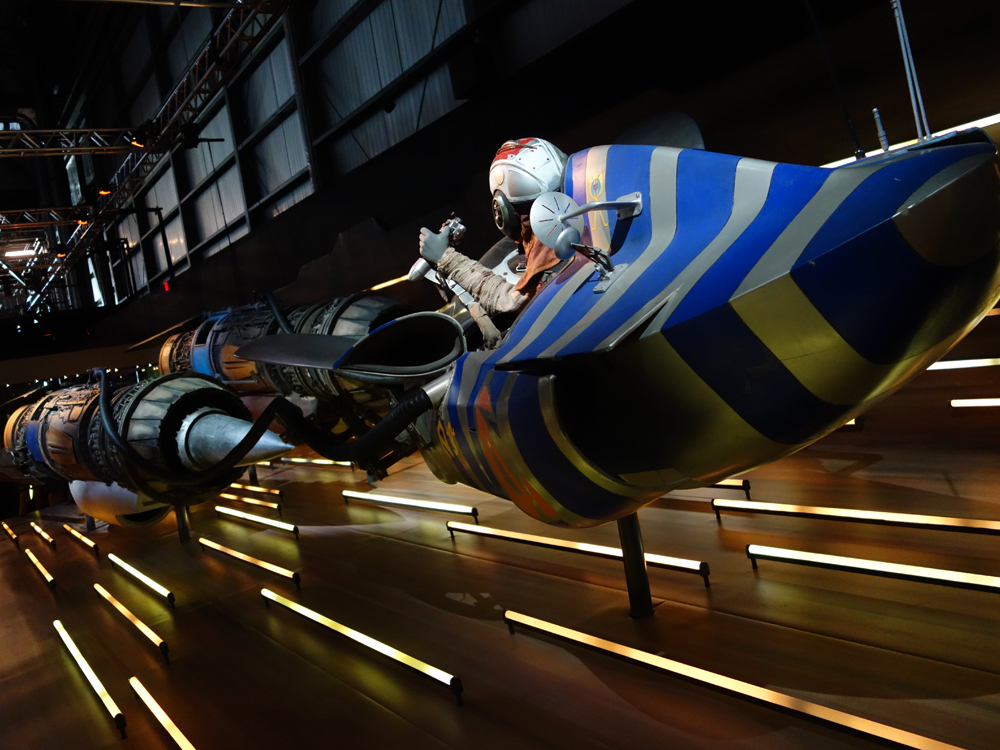 What is all the commotion surrounding Star Wars? I’ve seen the movies and don’t get me wrong, they are good, but what exactly makes them great?

The Star Wars cult following boggles me. It’s been 35 years since the release of Star Wars IV: A New Hope; how is it possible for a series to remain so popular, celebrated and loved?

These were the questions I set out to answer, so I paid my own visit to the Star Wars Identities exhibit.

Stepping into the dimly lit warehouse, housing the hundreds of original movie props, costumes, models and artwork, I was transported into a futuristic galaxy.

A rubber wristband allowed me to build my own Star Wars character though various check points within the gallery. I had the ability to choose my appearance, make real world life decisions and ultimately, choose whether to join the dark side or remain on the side of good.

Wandering through the galleries, I realized that Star Wars is more than just a movie. George Lucas and his team devoted their careers to bringing an entirely different reality to life. When looking at sketch after sketch and model after model, you realize a ridiculous amount of creativity, time and effort went into the character developments, story creation and plot lines.

For example, Yoda was originally pictured as a gnome looking creature but after countless revisions, we get the Yoda we know and love today: the old, tiny, green and wise Jedi Master who eventually mentors young Luke Skywalker. 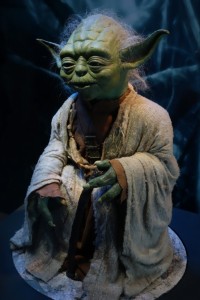 The appearance of characters was not the only thing taken seriously. Sound was especially important. When it came to developing the voice of Chewbacca, walrus and cinnamon bear sounds were mixed together to create Chewie’s signature voice.

What about the eerie slow breathing of the evil Darth Vader? I know it sent chills up my spine when I was a kid. Speaking of Darth Vader, did you know the original costume for the masked villain was made of a World War II German helmet, a monk’s cloak and a gas mask?

After learning these quirky and interesting facts, I grew an appreciation for the imaginary yet deep and complex universe and alien characters Lucas spent his life conceiving.

Effects must also be taken into consideration when trying to understand the mass following of Star Wars. When the first Star Wars film came out, the movie effects were revolutionary for its time. The combination of sound, visuals and music was new, captivating and appealed to the senses. As a result, a wide range of people enjoyed the films. According to Box Office Mojo, the first Star Wars film grossed $460,998,007 in 1977. In today’s terms, that means the movie pulled in a total of $1,453,455,900 when inflation is taken into consideration. Star Wars IV: A New Hope was also the second highest grossing film of all time with The Empire Strikes Back in the 12th place, The Return of the Jedi in 15th, The Phantom Menace in 17th, Revenge of the Sith in 60th and Attack of the Clones in the 87th spot. Stars Wars also set a whole new precedent for movie making and helped popularize the science fiction genre. 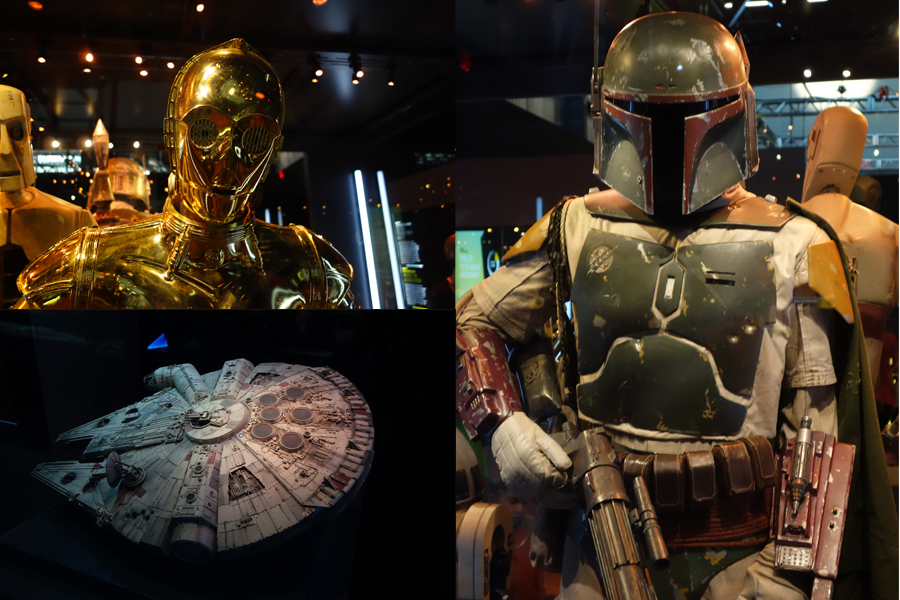 Finally, to truly understand the magic of Star Wars, we must look at the story and characters. Although they live in a make believe galaxy, they are not so different from ourselves. Star Wars is about adventure, self-identity, finding a place in the world and the struggle between good and evil. Everyone can relate to such concepts because that is what being human is all about.

Star Wars Identities will continue to be on display at the Canada Aviation and Space Museum until September 2. Whether you’re a Star Wars buff or not, the Star Wars Identities exhibit has something for everyone. For the fans, you’ll get the opportunity to see R2-D2, Han Solo’s Millennium Falcon, Anakin’s full size Podracer, Darth Vader, Yoda, Chewbacca and much more. For the visitor that doesn’t know what the fuss is about, get ready to be swept away by movie magic while enjoying the interactive components of the exhibit.