TRENDING
Go to DASHBOARD > Appearance > Menus to set up the menu.
Navigate
10904 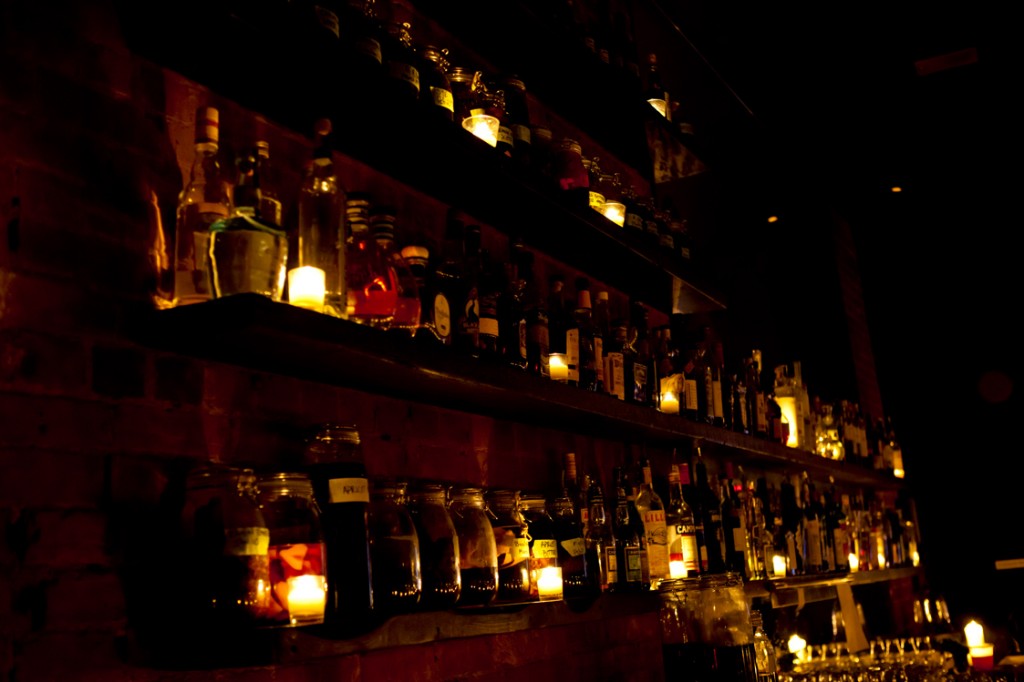 As a bartender and someone who is in love with the art of building and mixing cocktails, I can honestly say that after visiting the team at ‘Barchef’. I realize that as much experience as I’ve accumulated, there is still a big mountain of knowledge out there. With drinks such as the Vanilla Hickory Smoked Manhattan, in which it takes about 25 minutes to create and is literally forged through Ice and Fire, you realize that ‘getting a drink’ can be much more than just that. It can inspire creativity. 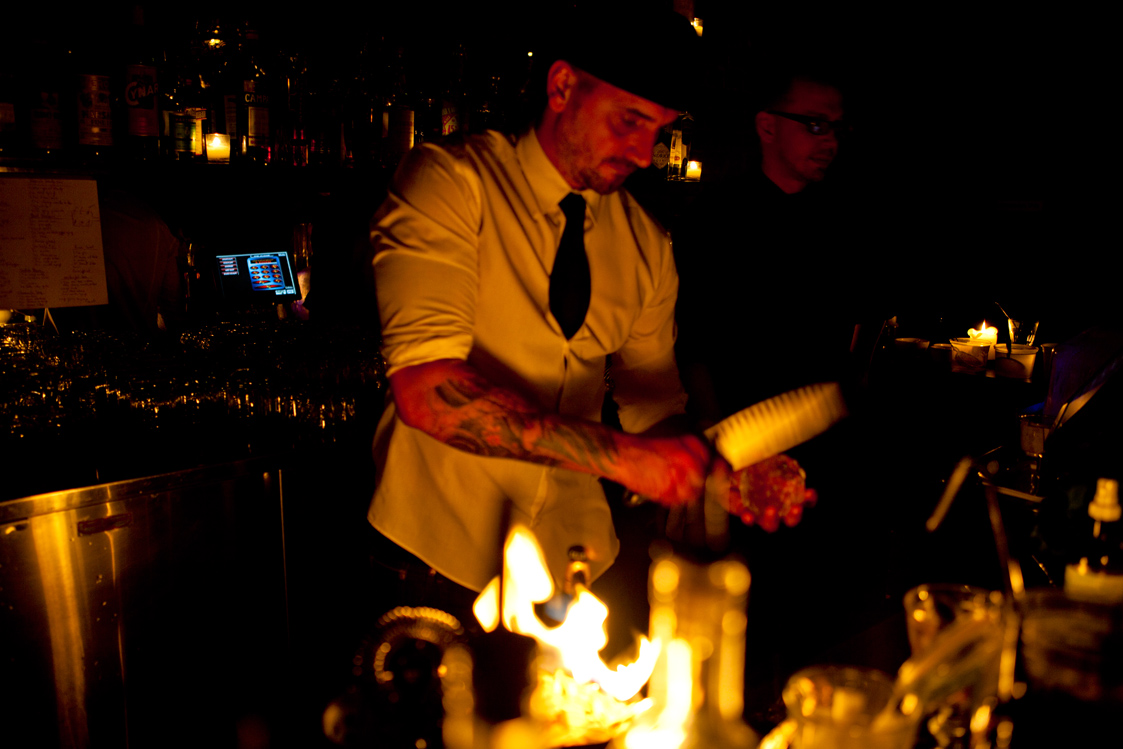 Frankie Solarik the owner and barchef, prides himself on creating drinks that push the envelope and hit as many senses as possible. When you enter Barchef, prepare to enjoy your drinks as you would enjoy a meal that has been delicately prepared especially for you. This is not your standard ‘line em up and pound them back’ kind of bar. If you do plan on that, prepare for an obscenely high bill at the end of your stay, as some of the drinks are priced to match the labour intensity and presentation of the cocktails. In addition, if you’re looking for a cosmopolitan or any drink that has more sugar content than a kool-aid package, look elsewhere. 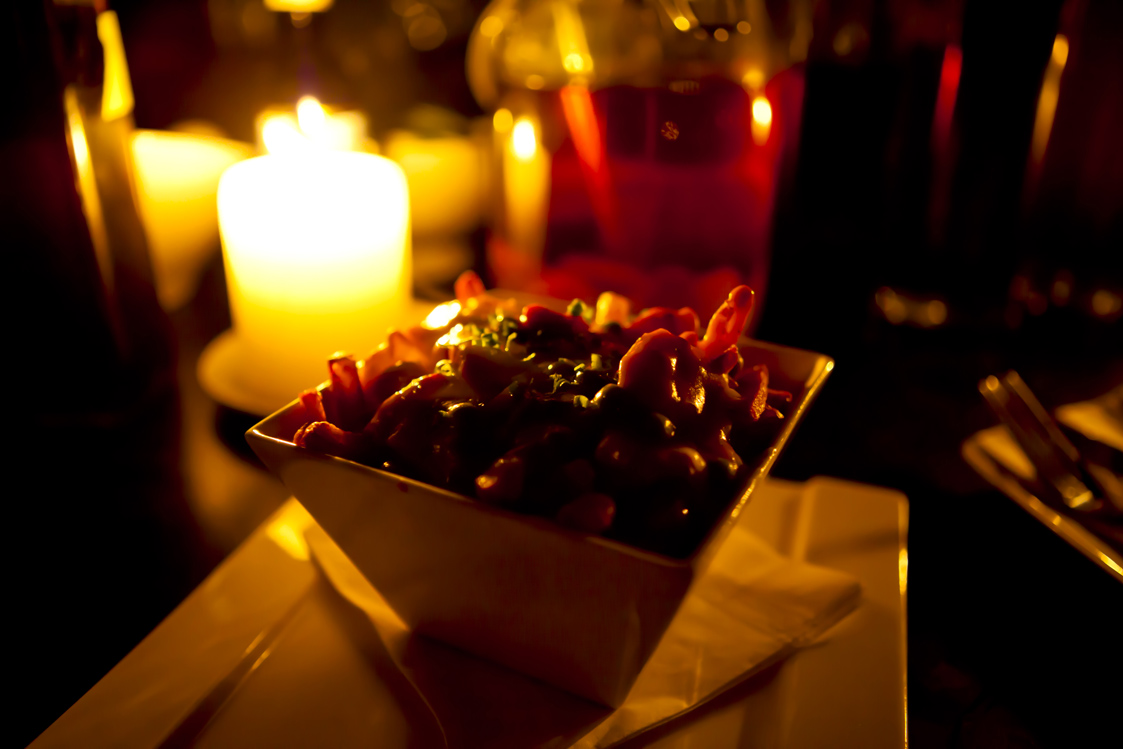 The food menu features items such as the lobster poutine with perhaps the best gravy I have ever tried. I am a poutine fanatic and very well may have been a french Canadian in a past life, so it’s hard to impress me with poutine, especially in anglicized Toronto. The soundtrack features classic hits from motown and even my favourite rock god, David Bowie. If you’d like an even further reading on how cool this bar really is, Jay-Z himself spent 5 hours hanging out and chatting with the BarChef after one of his shows. If the King of New York isn’t a good enough endorsement for you, take me to that watering hole you normally drink at the next time you go. The one at buckingham palace where the Queen flare bartends for you. 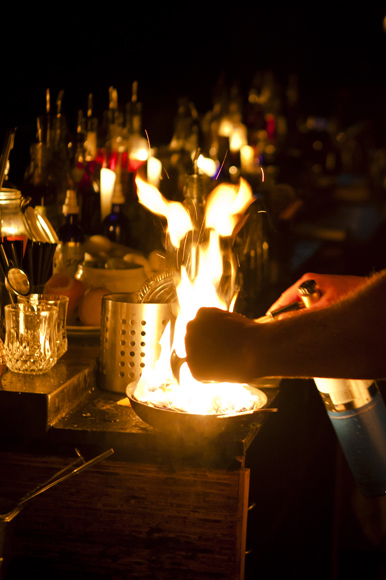 Watching Frankie Solarik bartend is like watching a blacksmith at work. He had nearly every flavour of alcohol you could think of, an insanely diverse array of garnishes, a huge chunk of ice that he would shape using a knife, his bare hands, and a blowtorch. As I sat there waiting for my Manhattan, it felt like he was crafting Excalibur, King Arthur’s legendary blade. I guess you could say that if Excalibur had a flavour, it would taste like Frankie’s Vanilla Hickory Smoked Manhattan. I think I just gave new meaning to the phrase ‘taste my steel’.

When asked about the state of mixology in Canada, Frankie Solarik states that ‘it’s growing but isn’t quite at the level that it really could be’. More cooperation between Toronto mixologists is ushering a new revolution in which some of the most creative cocktails are being produced. There are new twists on old classics like the Mint Julep, Gin Fizz, and Old Fashioned which are helping to educate on just how enjoyable it can be to sit and sip your drink rather than slamming it back. 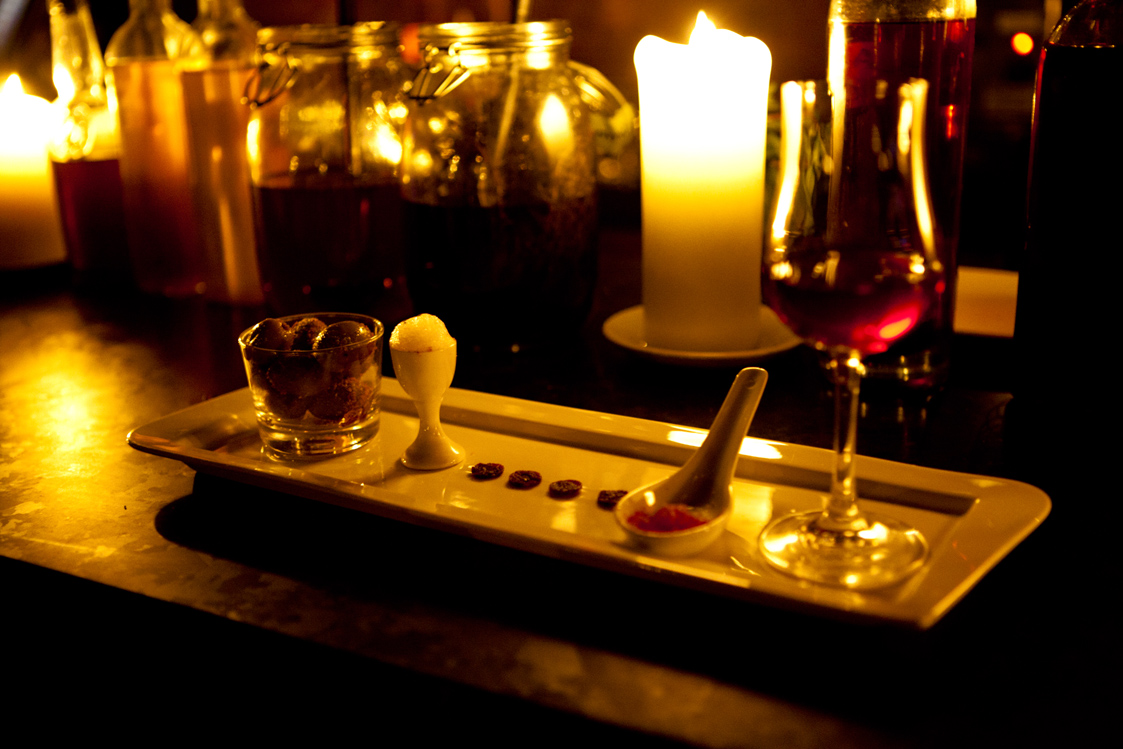 Just as it is with wine and beer, there are numerous flavour notes in every type of liquor you can buy. When it’s paired with fresh fruits and nearly any flavour you can think of, it can produce magic that we can proudly call mixology. To create drinks as a Barchef, is to approach mixology as though you were cooking a meal. Many Barchef produced beverages are inspired by flavours of food; the ability to produce these flavours in liquid form is something truly special. This division of the food and beverage industry deserves your attention and there’s no better place to start than with Frankie Solarik over at the barchef.