TRENDING
Go to DASHBOARD > Appearance > Menus to set up the menu.
Navigate
3598 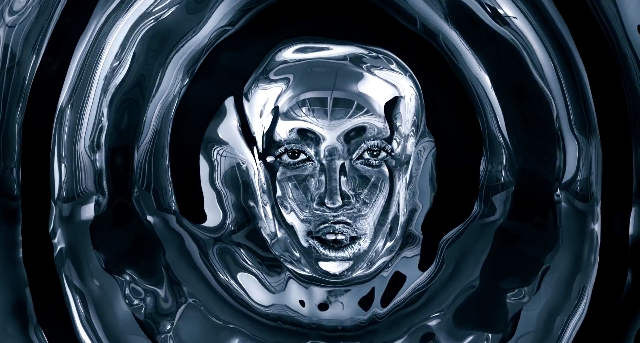 ‘Oh I like this new song… I wonder who sings this?’

A thought we have all possessed while discovering a new artist. The next thought might be, ‘they remind me of that song… yah it’s like so-and-so’s style.’

We tend to categorize and generalize our musicians, for instance, an iTunes library organized with neat and simple genres and sub genres to divide and segregate our favourite artists. Lately our favourite new artists are struggling with these categories; FKA twig’s scathing opinion of being an R&B act in the Guardian last year is a perfect example. I have noticed a trend in the descriptions of many new albums and artists recently released, critics using the label of how ‘uncanny’ many tend to be. That word is a challenge to those rigid lines of iTunes and genre-lovers.

The word ‘uncanny’ has been around since the 1800s where it was discussed by German philosophers such as Friedrich Wilhelm Joseph Schelling, Ernst Jentsch and most notably, Sigmund Freud. Something uncanny makes us uncomfortable. The word is defined as the opposite of what is familiar to oneself but remains recognizable. Yet it is not simply the unknown, the uncanny refers to what appears to be the objects and world we know, but remains alien in some form, leaving the individual experiencing this phenomenon to be upset or unsatisfied due to this struggle between what he or she knows and does not understand. The artists in music today who do not fit into genres with ease or whom associate with a variety of influences have been labelled uncanny.

Pitchfork described FKA twigs as utilizing the uncanny within her album LP1. While the vocalist and producer recalls the likes of Aaliyah or Martina Topley-Bird in sound and aesthetics, there is still something alien about the artist. Although she has many comparisons and references to pick and choose through, she simply can not be placed side-by-side any of them, it is as if twigs is a simulacra: meaning a copy without an original. The video for “Two Weeks” continues this sensation with the artist appearing uncannily like the late Aaliyah circa Queen of the Damned. FKA Twigs is an example of a woman, she is equal parts Aaliyah and Massive Attack for instance. Always far enough away from one specific reference point that she truly exemplifies simulacra, still uncanny, but near impossible to label why.

Another strong argument for a simulacra in contemporary music today takes form in the Canadian singer and producer Grimes. After hitting her stride with 2012’s Visions, Grimes has become a critic and indie darling who is equal parts pop-star and abstract electronic whiz. She sights music and imagery from across the globe ranging from a Mariah Carey song to an unknown Japanese song with such ease you almost wonder how it wasn’t connected earlier. If FKA twigs offer a look at how trip-hop and R&B genres can be transformed into the uncanny than Grimes has her nails dug deep into the pop spectrum in a similar manor. Her latest track, the one-off “REALiTi”, breathes through gymnastics of electronics and melodies grounded in Eighties pop music, yet somehow sounds like something completely ethereal and sparkling new. 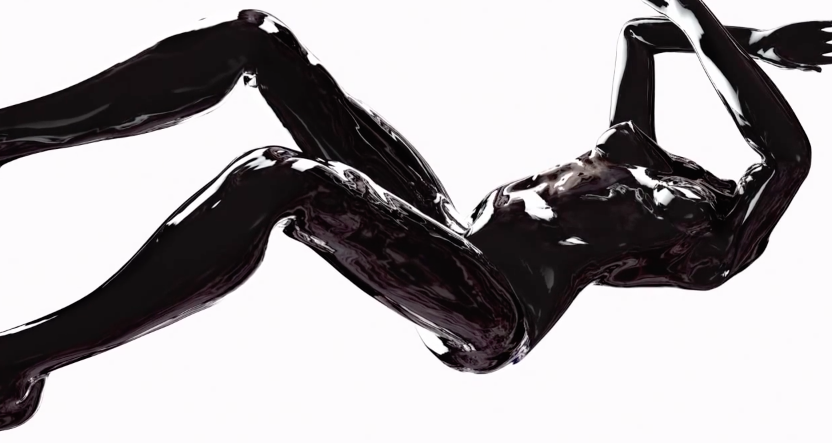 It is rare for listeners to not connect one artist’s style to another’s or to a specific genre. Yet this may be one of the problems with how we view our artists, or how many musicians attempt to create music. What is the Killers’s “When We Were Young” but an uncanny version of Bruce Springsteen’s early work? Full of descriptive Americana imagery and soaring choruses, yet still slightly off from the originals thanks to the Killers showman ship and glitz. Lana Del Rey is another example, her image being based on a combination of early American films and artists such as Nancy Sinatra with a touch of Grunge thrown in. The question remains, what came first? The onslaught of influenced artists or the need for listeners to relate them to other artists. Many of the celebrated musicians releasing today are a pastiche of influences, a Tumblr page brought to life, making it easy to know whether you will be a fan of them or not based not on the artist, but whom the artist references.

While Postmodernism challenged Modernisim’s categorization between high art and pop art, the artists of today challenge human versus brand. Art has become part of their identities (Lady Gaga), so now it’s a question of whether they are human or an uncanny copy of human? The popstars today are primarily flat entities we view on screens. We follow their bland and occasionally personal tweets, their edited and glossy videos, their photoshopped Instagram’s. The popstars today, whether Katy Perry or FKA twigs, are simply that Tumblr page pastiche, a brand developed either by themselves or with a massive team behind them. The biggest names in music today, while they look human and reference back to people we know were human, they need not include any true personality or even physical relationship with their fan base. Britney Spears has been noted as more of a cyborg then woman for many years now for one extreme example. Spears remains in the depths of the uncanny valley as how we can feel that uncomfortable-ness of someone not quiet human, only using references and others to relate us to her. While musicians such as Grimes submerge into a sort of simulacra based on their pastiche of sounds and image, others such as Spears become something unable to identify except through the recognizing of a clear genre of music (pop) and media outlets.

‘The Uncanny Valley Theory’ by Masahiro Mori, which Spears is discussed through above, presents the idea of how humanity reacts to those creations that so closely reflect themselves (cyborgs for instance), yet remain uncanny (not entirely human). The concept states that after a certain point of extreme un-comfort and uncanniness we will accept these individuals or objects as another ‘Being’ entirely with new-found empathy. So what if audiences perceive artists and celebrities in a similar light? The peaks of the valley are recognized humans on one side and a new ‘Being’ entirely on the other, at the very lowest dip of the valley lies something still resembling a human, yet is easily identified as not. In terms of pop music, let us take Madonna’s “Express Yourself” as a human, an original song known by millions. The other peak is another Being entirely, something identified as not pop music at all or human for that matter, in this example utilizes the infamous pop song “Slave 4 U”: Arca’s “Fluid Silhouettes”. The uncomfortable low that humanity debates would be Lady Gaga’s “Born This Way”; sounding too similar to Madonna’s “Express Yourself” and not departing far enough to the abstract or otherworldly places audio can achieve to be a new entity altogether, it’s uncanny… and uncomfortable. When it comes to the genres, so beloved by music culture today, it appears we need the extremes of originals or innovators with little room in-between, just ask Robin Thicke and Pharrell.

The gorgeously textured and creative worlds constructed by the alien-like imaginations of Grimes, Arca and twigs are not the only option for developing an uncanny sound. Most recently the collective PC Music has offered another outlook on what can be so familiar but so brand new. Developing songs that sound straight from the late Nineties but are fresh and innovative at the same time, the music of ringleader A.G. Cook and his crew is uncanny to my childhood of bubblegum and sleek electro tunes from the likes of Aqua and Eiffel 65. Now if PC music were a direct copy of these artists they would be mocked and ridiculed… just like many of the original artists were in their time. PC music artists are primarily simulacrums, feeling so familiar but without copying or even direct influences in mind. The artists behind the collective (or affiliated) with PC Music including A.G. Cook, Sophie, Danny L Harle, GFOTY and Kero Kero Bonito all utilize clean, feminine and slightly high-pitched sing-song vocals and lyrics that stick to one’s mind like you’ve been playing the tracks since the Nineties. The production behind these shiny electronic pop tunes shows a deeper knowledge of production, innovative sampling and a sense of postmodern abstract music. PC Music takes the music we all have a guilty pleasure hearing (I don’t know about you, but when “Dr. Jones” comes on at a bar full of drunk 20 somethings, shit gets crazy) and challenges the listener with crunchy, complex and weird production tucked behind the cheery vocals.

Sophie is the best example, songs like “Lemonade” evoke a childhood of bubblegum pop, but the beats that lay behind are neither simple or cheery; industrial, brash and stripped of any sense of live instrumentation whatsoever. When explaining the concept of simulacrum in Critical Terms for Art History, Michael Camille states that:

“the simulacrum is a false claimant to being which calls into question the ability to distinguish between what is real and what is represented. The simulacrum also disturbs the order of priority: that the image must be secondary to, or come after, its model.”

If applying to a song such as “Hey QT” by Sophie and A.G. Cook, you notice the peppy vocals, the futuristic glossy woman, the brand ‘QT’ and the inescapable hook. Therefore you notice an image, a concept of what pop music could be, it is a representation by two men who are rarely seen in public and have developed an artificial world of modern pop singers to represent their impressive production skills. When you listen to ‘Hey QT’ and read the statements regarding the song, a blur of what is real and what the influence might be arises. This song feels so catchy and familiar but it is also something extremely new and not fully understood.

Society strives for understanding, for labels, for genres. As mentioned earlier, the uncanny makes us uncomfortable, whether because we want to place a genre or label on an artist fighting against it in the case of FKA twigs or is a creation not reflecting human identity whatsoever in the postmodern branding of PC Music. The only agreement that seems to fit the numerous and fascinating artists expanding our concepts of music and celebrity is that the more extremely they reject what we know, the safer we feel because they aren’t even attempting for their audience to perceive them as real. The uncanny is the latest word exciting critics and avid music lovers. When scrolling through Spotify or iTunes, yes, genres might change, and yes, the options may be endless for audio pleasures, but finding an audio challenge? Finding something to shock your ears and inject a sense of uncanny? That is one of the final realms of music that truly feels original, new and in a way Punk. Rebelling against a world of conventional sounds and influences to take you somewhere across the valley finding a new sense of artistic being where genres and references are melted together to take heightened and unimaginable forms.