TRENDING
Go to DASHBOARD > Appearance > Menus to set up the menu.
Navigate
2929 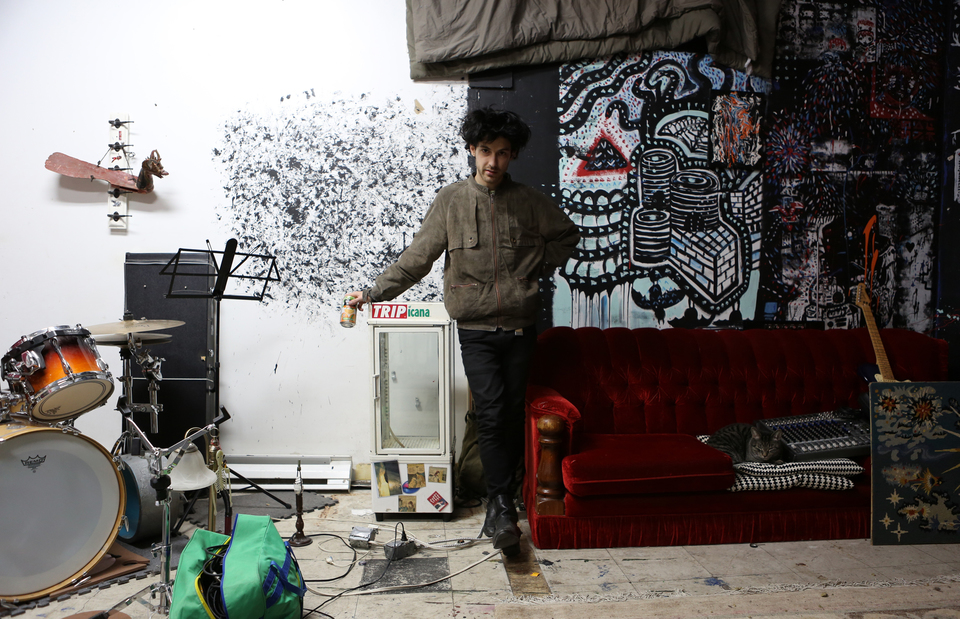 Spawning from the forever-clustered island of Montreal, Airick Woodhead (aka Doldrums) has set himself up for stardom. With his sophomore album, The Air Conditioned Nightmare, arriving in stores April 7th, the progression in his songwriting has become an elaborate business, increasing dramatically since he first began in the music industry.

The Air Conditioned Nightmare is a mishmash of several stylizations, ranging from brooding industrial beats (“Hotfoot”) to slow-burning glitch pieces (“Video Hostage”). “The whole thing happened really naturally. I woke up one day and it was done and I was like, ‘Hey this is pretty good'” explained Airick over our Skype conversation. He stated his sense of relaxation and ability to get things done with ease in opposition to his previous work, “The first time was a real long process and I had no resources”.

Doldrums’ musical endeavours never shy away from stepping into a new realm of discovery. He strives to make his music as unique and original as possible. The Air Conditioned Nightmare takes several cues from earlier generations of music. “Loops” in particular, the album’s standout track, came into existence through the inspiration of The Supremes’ “You Keep Me Hangin’ On”. Airick described the theme behind “Loops”, saying, “A lot of motown songs will explain… exactly what happened in specific relationships and you can really relate to that. It might be really specific to that person, but I think we all go through these same emotional cycles”. The appeal of “Loops” towers above the rest of the album with its club-worthy beats and memorable chorus, “The sound for that track got bigger than the rest because we would play that song while opening for bigger bands in bigger rooms”.

A lot of the songs on the album focus on conflicts and unwanted situations. Their chilly bearings swallow the album’s mood, giving a breath of frigid air to the warm synths and almost-tribal drum lines. Airick does not stay put at one default setting, he constantly plays with the switch until he is satisfied with his project. In the future, he hopes to “make a more industrial record”. He confidently explained his position on his industrial musings, “I think the stuff that I’m happiest with on The Air Conditioned Nightmare is leading in that direction”. His desire to branch out from one genre of music is inspiring, giving the indication that as a musician, it is important to explore and take up new projects. One must challenge themselves in order to feel a sense of accomplishment in the end.

“If you look at the way that records change, there’s something that ties them all together which is the fact that it’s sample-based music”. That’s the way Airick depicted his current activities. With his diverse taste in a variety of genres like motown, classical, and jazz, the music of Doldrums accumulates into a modest reimagining of that golden era of music with modern flair. As Airick put it, “It’s 2015 and people basically listen to everything now”.

The Air Conditioned Nightmare is out April 7th through Sub Pop.