TRENDING
Go to DASHBOARD > Appearance > Menus to set up the menu.
Navigate
5065 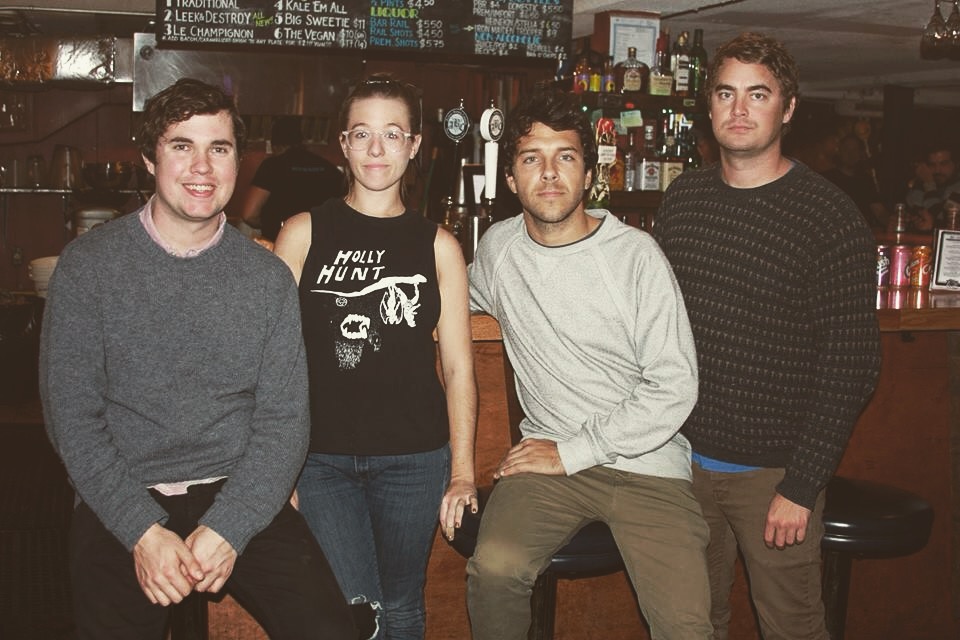 Surfer Blood, the Florida-based indie rock band, first stumbled into fame in 2009 with their song “Swim” catching passing glances from prestigious music journalists. This song, as well as the band’s SXSW performance, shot Surfer Blood into a heated circle of anticipation. The youngsters had yet to put out a proper album. In January 2010, Astro Coast changed it all. The album is a creative spin on contemporary surf rock with a dash of punk and prog. It has cemented itself as something worth hearing. Five years later, Astro Coast still holds up as one of the decade’s most innovative releases.

Although the members of Surfer Blood never hoped for the success they got, they also never expected one of their friends to have to fight for his life. Thomas Fekete, the band’s guitarist, was diagnosed with a rare form of cancer earlier this year. The band has since been trying to support Thom’s treatments and procedures in an effort of quick healing. Although the support has been outpouring, it hasn’t been enough. The band’s tour van was robbed over the summer, putting them behind schedule as most of the money towards Thom’s treatments was stolen.

Recently, several other indie bands like Guided By Voices, Real Estate, Cults, Interpol, Sharon Van Etten, Yoko Ono & The Flaming Lips, and others have donated something towards Thom’s cause. A compilation album of rarities and new songs by bands is available to download for a donation of $10 or more. Several items have been put up for auction on eBay as well to increase the awareness. You can find all the information about how to donate here: http://www.surferblood.com/thomas-auction

Surfer Blood made a stop in Ottawa earlier this week. I sat down at the bar with lead singer and guitarist John Paul Pitts to discuss Thom’s condition and how the band feels about all the support. 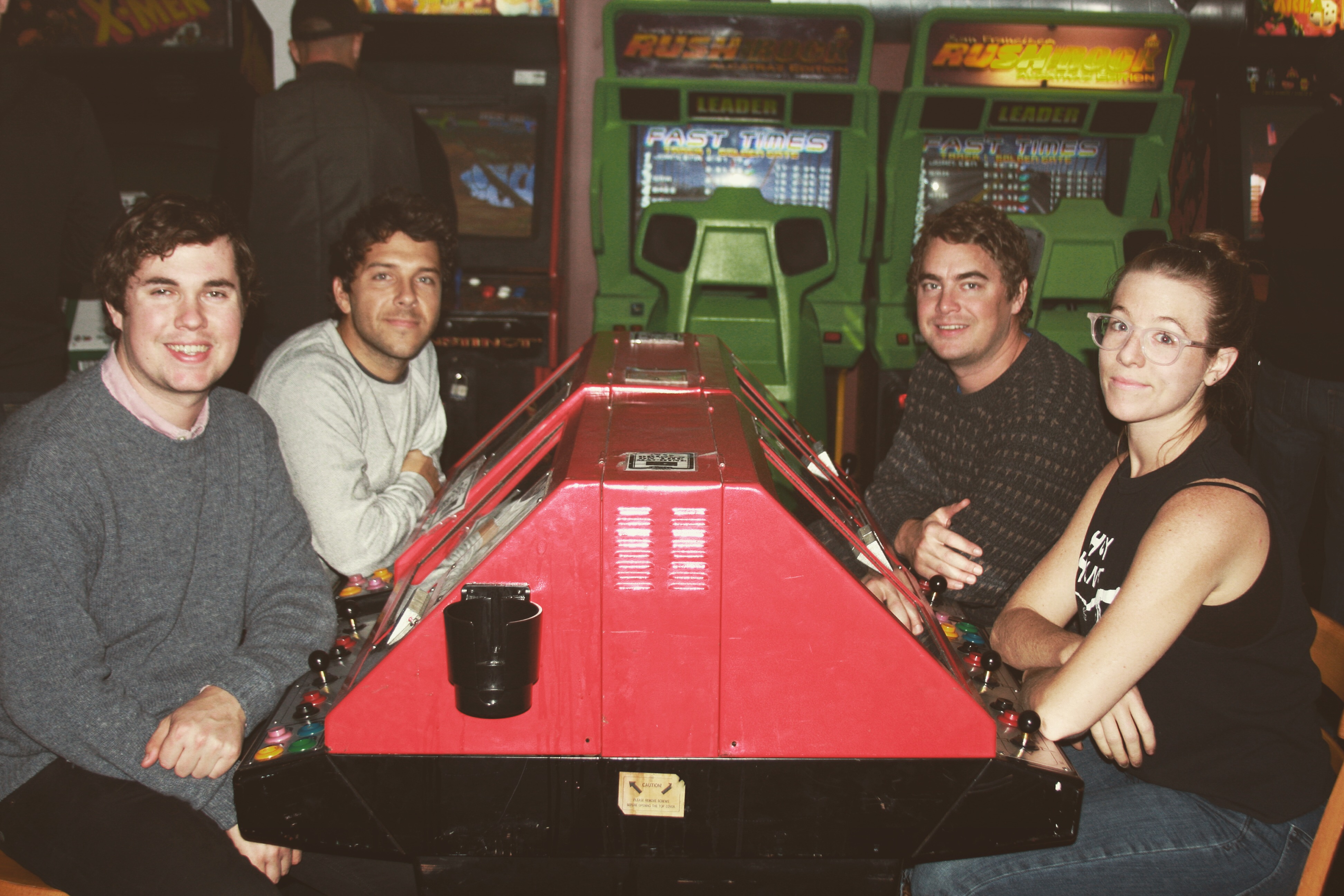 Jacob Crepeault: Since your guitarist Thom went into surgery on Sunday, how has he been recovering?

John Paul Pitts: He is recovering well but he is still weak and bedridden. It’s been a lot of ups and downs. I’m not sure exactly what happened, why he needed to go into surgery, but it happened really suddenly. I don’t think a lot of people heard about it. I don’t pretend to understand how complicated his situation is fully. The doctors said it went as well as it could possibly have gone and it’s just going to be a matter of weeks before he’s out of there again. Like I said, it hasn’t been an easy thing for him.

JC: How has Thom’s situation affected the rest of the band? Has it influenced the way you write new music?

JPP: I’ve written a few songs about Thom over the years. There’s a sombre air to this tour, I think, with everything that’s going on. We’ve all known Thom for years. Lindsey [Mills], the girl who’s filling in on bass right now for Kevin [Williams], has known Thom since high school so we’re all really close to him. We all want the best for him and it’s really nerve-racking for us to see how vulnerable he is right now.

JC: It’s just not an easy time for anyone right now, is it?

JPP: No it’s not. Touring is exhausting enough already. You know, [Thom] is a fighter. While I worry about him, I know if anyone has it in them to overcome this, it’s him.

JC: How do you feel about all the support that Thom has been getting recently? Especially with other prominent musicians like Real Estate and Guided By Voices donating songs for the cause?

JPP: That compilation that came out is amazing, it has some of my favourite bands on it. I know that while [Thom] is scared and exhausted, he’s also really happy to see all that. We’ve raised a lot of money on the internet for him. It has allowed him access to a lot of stuff that is still controversial in the United States, procedures and whatnot, but have been really helpful and has put him leaps and bounds ahead of where he would be otherwise. All the support is amazing but I’m sure that waking up in the morning having to face the fact that you have to fight for your life doesn’t get any easier.

JC: With your new album 1000 Palms that came out in May, how did you approach the writing style? Was it any different than your previous albums?

JPP: They’re all different. With this one, in a lot of ways, it was a fresh start. It came right after we got the news about Thom. The new album was not going to be on Warner Brothers [Records]. We dropped from them. While that was somewhat disappointing, we knew it was going to be the best in the long run. We no longer had to continue navigating those waters. We decided that we had some ideas that we had been working on; songs that had been put aside for years because we thought they were too strange or esoteric for the kind of record you have to make on Warner Brothers. After touring for a year and a half, almost a year after Pythons came out, we had a lot of pent-up creative energy. We stopped in Portland for a New Year’s show and it just so happened that some friends of ours from Portland were going on a tour for a month. They let us stay in their house and they had a basement with musical equipment set up. We would get up every day, drink a lot of coffee, and write music all day. I guess that was different. The first record was a similar situation. It was me in a room by myself at a computer trying to figure out how to make Astro Coast. The second one, while it was recorded in Los Angeles in a nice studio, I spent months working on the songs that would become Pythons. I guess it wasn’t so different, but it felt like a fresh start. It felt like we could do anything we wanted to. It’s something we definitely didn’t feel when we were on Warner Brothers.

JC: Are there any local spots in your hometown that you would recommend to people like restaurants or bars?

JPP: There’s a few. One is, if you want to go out on the town, called Respectables. It was where we shot the music video [for “I Can’t Explain”]. I’ve been going there since I was 19. It’s just a dive-y bar in the downtown area that has a lot of shows and the owner is a really cool guy who has a bunch of places around town. He keeps it open although I’m sure he makes no money. It’s a labour of love.

JC: On a less serious note, can you explain the story behind your Facebook posts about Whole Foods Market from a few years ago?

JPP: That was probably Thom. Hopefully no one at Whole Foods reads this but we go there all the time on tour because we have people in the band who have dietary restrictions. I mean I’ll eat anything but Thom’s health history has been pretty troubled. He had cancer when he was 17 and what’s he’s going through now is his body’s reaction to the chemo. His diet has been very sensitive since he was young, so we’ve always known his health is delicate. So we go there all the time because it makes everyone in the band happy. [Thom] was convinced that he could get free gift certificates but when they didn’t give us one, he turned on them [laughs]. He almost tried to blackmail them into giving us a gift certificate but it didn’t work at all. It was just really funny. It’s totally something Thom would think of.

More information about how to donate to Thom’s cause can be found at Surfer Blood’s Go Fund Me page: https://www.gofundme.com/welovethomas