TRENDING
Go to DASHBOARD > Appearance > Menus to set up the menu.
Navigate
2707 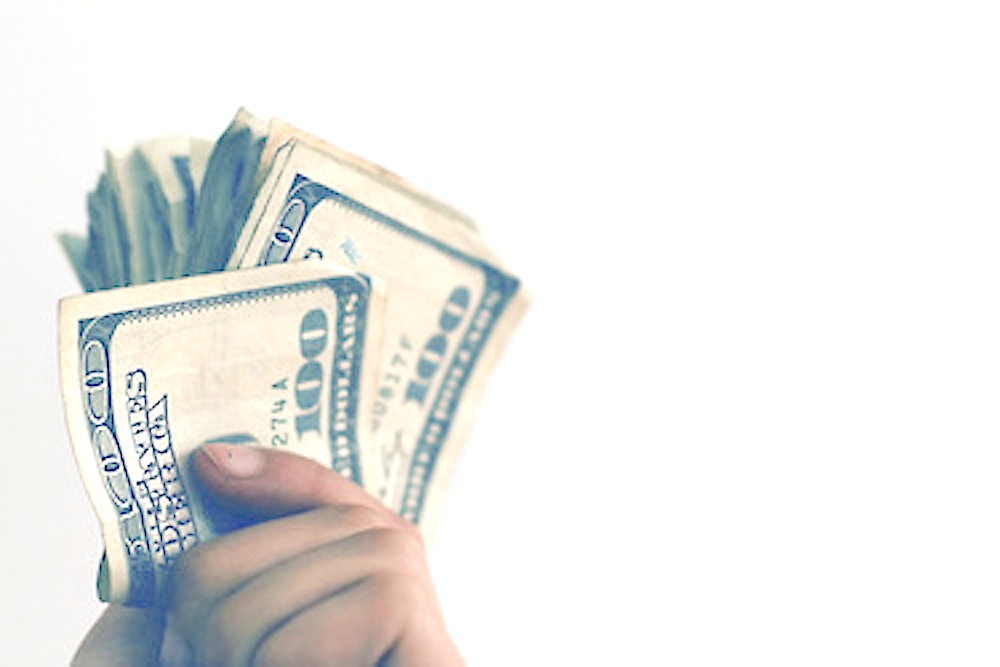 The sun is shining, the heat is rising and all your favourite bands are on tour. That’s right; it’s the summer music festival season. It’s the time when line-ups are so eclectic that Nine Inch Nails will share a headlining gig with Mumford & Sons at Lollapalooza and you wonder if Reptar will be the next big band to break through from Bonnaroo’s early time slots. However, taking in these and many other top festivals around North America will run your bill to around $250 for the ticket alone. So whether you’ve been stashing pennies in a jar since last festival season or blew your savings this spring at Coachella, here are four overlooked music festivals that are perfect for the thrifty fan. 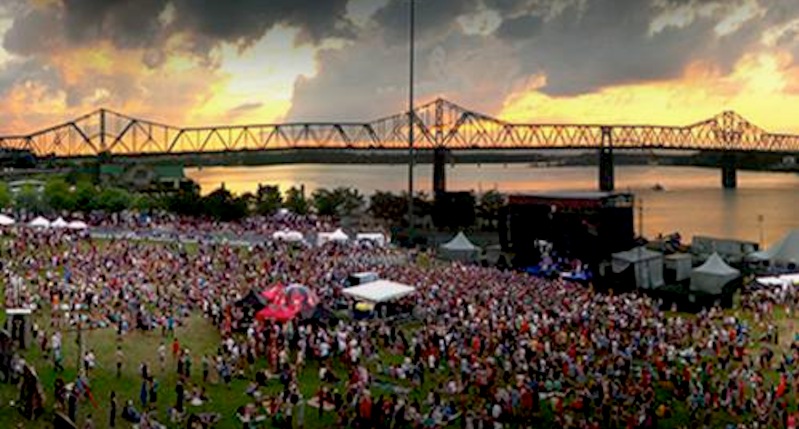 When: July 12-14
Where: Waterfront Park in Louisville, KY
Who: The Black Keys, The Flaming Lips, Animal Collective, The Avett Brothers
Why: Forecastle Festival, like many other events, hosts an artistic display of music and visual arts. However, Forecastle champions itself as a music, art and activism festival – and they do more than encourage patrons to recycle. The non-profit Forecastle Foundation, which defends the most endangered biodiversity regions on the planet, receives $1 from each ticket sold. Each year some of the world’s leading environmentalist exhibitions and speakers participate alongside the musical acts. Other featured bands for 2013 include Young The Giant, Robert Plant and The Sensational Space Shifters, Kurt Vile, Alabama Shakes and Toro Y Moi. 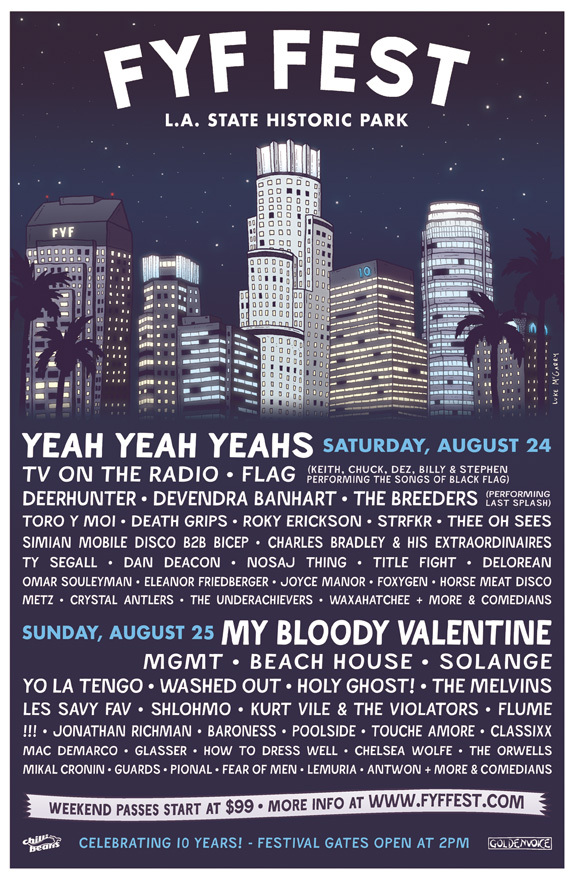 When: August 24-25
Where: L.A. State Historic Park in Los Angeles, CA
Who: My Bloody Valentine, Yeah Yeah Yeahs, TV On The Radio, MGMT, Beach House
Why: Need I say any more than My Bloody Valentine? It’s a rare North American visit from the Irish rock band that pioneered shoegaze to prominence. Need more? It’s the group’s only scheduled tour date for the continent. If you’re not into shoegaze (tisk) or too young to know My Bloody Valentine (tisk tisk), there’s plenty to keep you busy. The Yeah Yeah Yeahs return to Southern California after two of the most memorable Coachella 2013 performances. Go early for Guards, Foxygen, Flume and Dan Deacon; stay late for Washed Out, Solange, Deerhunter and the headliners.

How much? At $99 for a weekend pass, this is the best musical value for your festival buck this summer. Cash in on this deal at fyffest.com.
[/note] 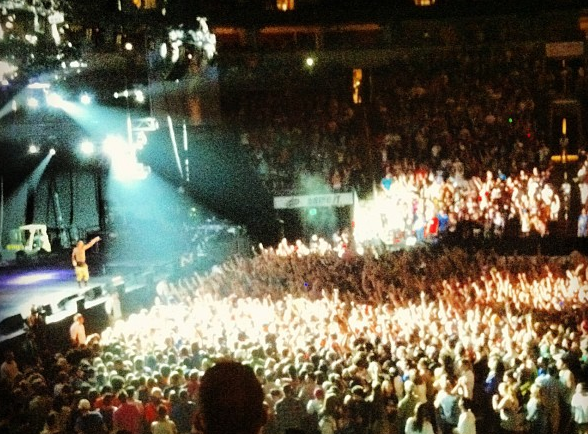 When: August 29-September 1
Where: Seattle Center (Multi-venue event) in Seattle, WA
Who: Death Cab For Cutie, Fun., Heart, Kendrick Lamar, Tegan and Sara
Why: For the 43rd year, the festival now known as Bumbershoot will showcase talent from the Pacific Northwest and beyond across many artistic disciplines. The Words & Ideas portion of the event dissects literary works through lecture, conversation and performance art. Its highlight of 2013 will likely be the Television Writers portion, which will focus on constructing the hit show Parks & Recreation. There will be live performance art that is both scripted and improved – be ready for audience participation. When you’re ready for music you can choose from the trending Alt-J, the terrifying Crystal Castles, Matt and Kim, Mates of State and Diamond Rings. Headliners Death Cab For Cutie will be playing the landmark album Transatlanticism in full.

How much? Single day passes are $50 and weekend passes are $120. But act quickly; the prices go up as more tickets are sold at bumbershoot.org.
[/note] 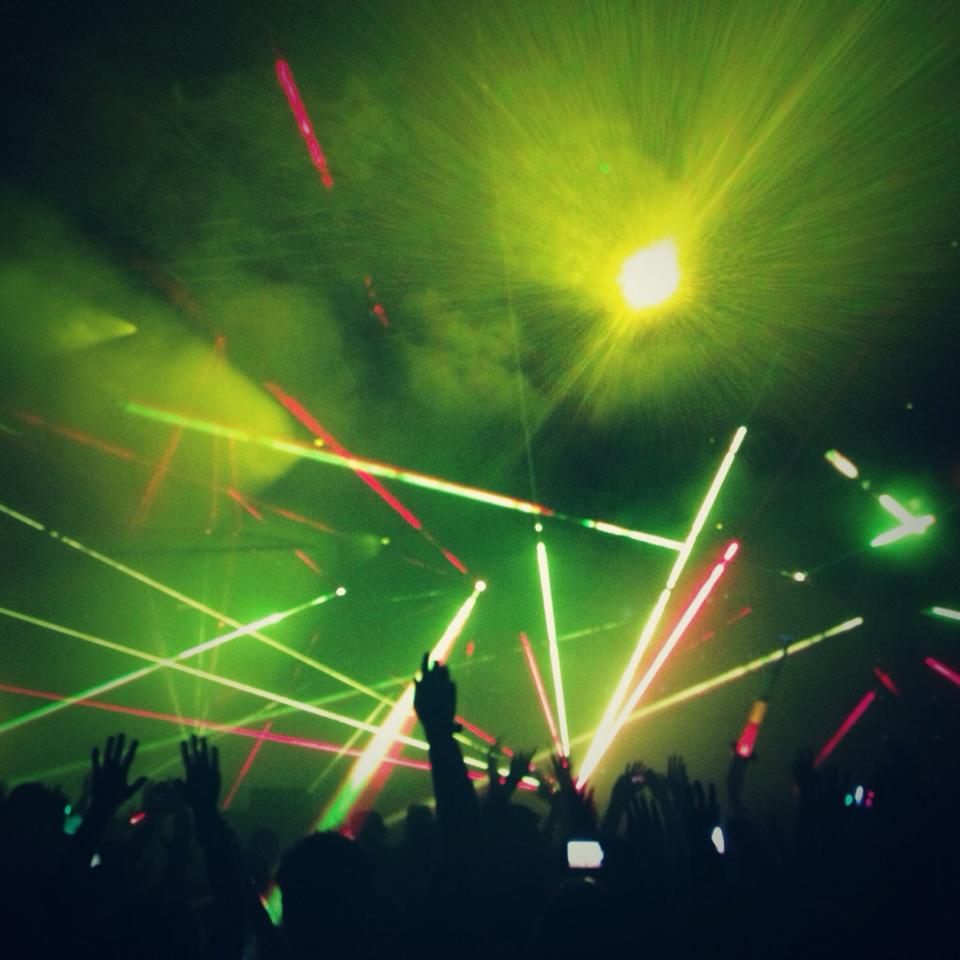 When: October 25-27
Where: Asheville, NC (Multi-venue event)
Who: Nine Inch Nails, Bassnectar, Pretty Lights, Neutral Milk Hotel
Why: Even though late October is well into the fall, this year’s Mountain Oasis Electronic Music Summit (formerly Moogfest) is a great way to close out the festival season. Plus it shouldn’t be too chilly in Asheville, NC. The lineup will showcase several bands that aren’t exactly road warriors these days. Sure Nine Inch Nails are embarking on a massive world tour, but as with any band that’s been jamming since the 1980s, you can never be sure which show will be their last. They’ll be bringing their tour mates, another rare live find, Godspeed You! Black Emperor. It won’t be all rock in Asheville, since you can catch Jeff Mangum and Neutral Milk Hotel on their long-awaited reunion tour. Singer/songwriter and cult hero Daniel Johnston will also be joining the likes of festival regulars Animal Collective, Disclosure, Jessie Ware and Tricky.