TRENDING
Go to DASHBOARD > Appearance > Menus to set up the menu.
Navigate
1685 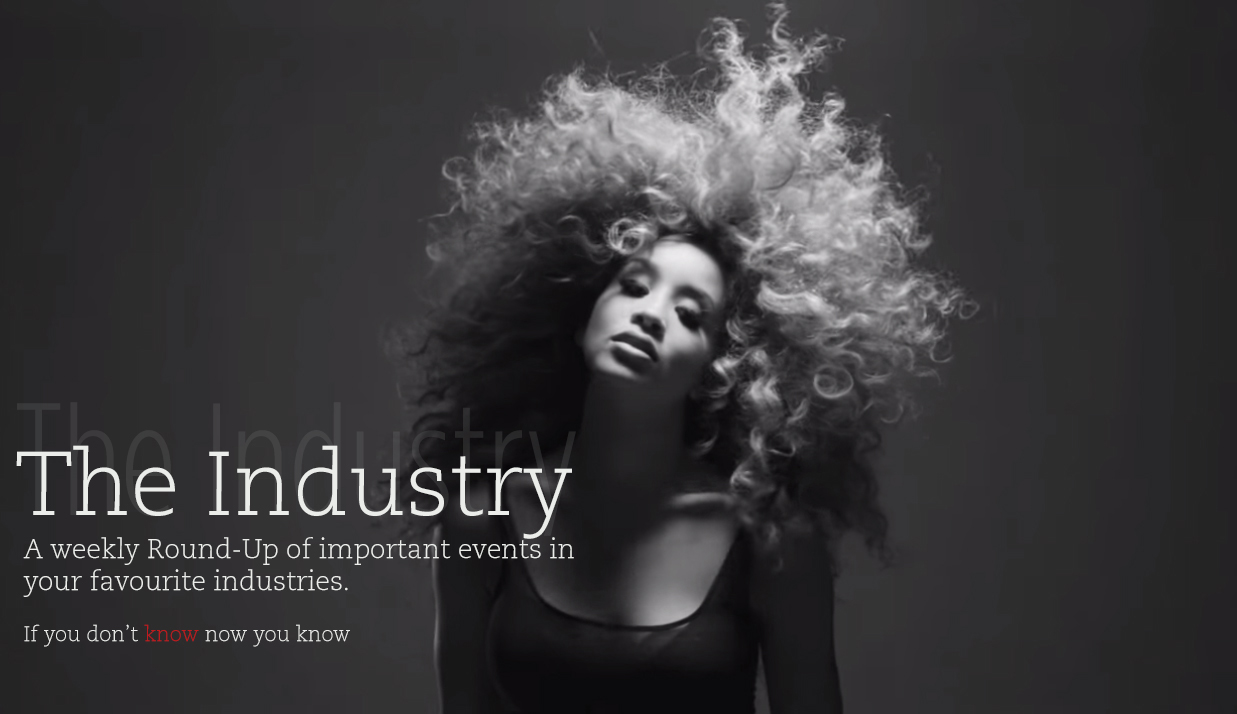 Welcome to the Industry. In this weekly round-up, we highlight people in the arts, sports and entertainment industry who should be on your radar, along with the latest news from your favourite icons. If you don’t know, now you’ll know.

Rise of the Pride

This week, our spotlight lands on the daughter of a former Miss America winner, and a talented beatsmith with quite the complex ear for music.

Jillian Hervey and Lucas Goodman are Lion Babe, and in this November 2014 interview courtesy of Paul Rosenberg from Hot 97, with an awkward (but funny) line of questioning about “hooking up”, you’ll catch a glimpse of these two stars just as I believe they will become a household name. Their album drops this summer so make sure to pick it up.

It’s not how far you fall, but how high you bounce

Kobe Bryant is out for the season.

Chris Bosh is out for the season.

Patrick Kane is out for the season.

Derrick Rose is injured once more.

Some of sports biggest names and cornerstones of their franchises have all suffered defeat at the hands of human frailty. These men have all looked invincible while making their opponents look like pylon’s; this season, these men have been denied that opportunity. As devastating as it is that Kobe Bryant is out for the 3rd time in 2 seasons, after one of the best careers of all time, his NBA mileage is high, and he has widely reported that next season will be his last. The true crime here exists in Derrick Rose. The former MVP who won the trophy after his rookie season, is having the toughest time regaining the form that excited NBA fans across the world. For everything that Stephen Curry, Klay Thompson, Russell Westbrook, Kyrie Irving, and James Harden are doing, before he went down, Derrick Rose was head and shoulders above all of them. He actually used to jump that high. Here’s to a speedy recovery, and to the hope that we will see D-Rose, streaking down the court for a thunderous dunk, once again.

Glory on the Highest

If you haven’t had the pleasure of watching the film ‘Selma’, or haven’t paid attention to the story of Martin Luther King, make sure to jump right on that. In the meantime, here is a performance courtesy of Jon Legend and Common from the aforementioned film that will surely go down in Oscar history as one of its best.

As you get older, the heroes of your youth slowly begin to fall and to many Leonard Nimoy was that man. Mr Spock will forever go down as the smartest, most logical, and perfect complement to the ever so charming Captain James T. Kirk. The universe and the entertainment industry have lost one of its greatest allies.