TRENDING
Go to DASHBOARD > Appearance > Menus to set up the menu.
Navigate
3428 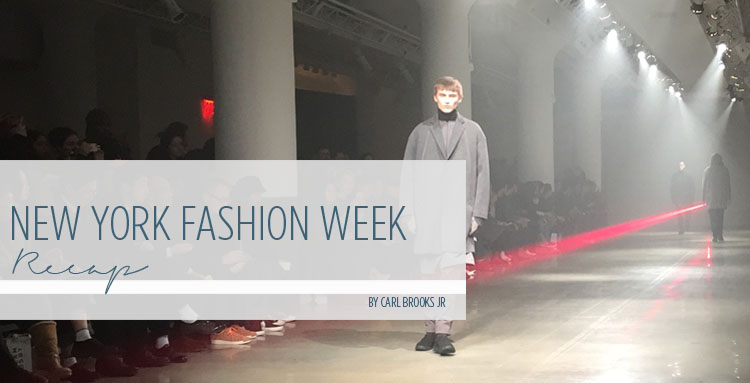 The late show was worth the wait as the minimal set up, featuring nothing but a red laser down the middle of the runway was host to eye-catching pieces.

Deep charcoals, matte blacks, and a number of off white were prominently featured. The show did feature a number of deviations, a bright orange being the main color used as a trim or main color of an accessory.

Standout pieces were the handful of topcoats and the hooded and crewneck sweaters.

The topcoats on display were a light stone color and stopped between the hip and knee in a traditional cut. The creativity came through in the strategically placed additions of color; again, a bright orange was used as well as darker greys.

The hooded sweaters stood out to their unique cut, that stopped shorter than normal, and material, which is much thicker, leading to a more structured look. The crewnecks were a big place splashes of color were employed.

The 38 looks N. Hoolywood presented can be viewed in their entirety in the video below. 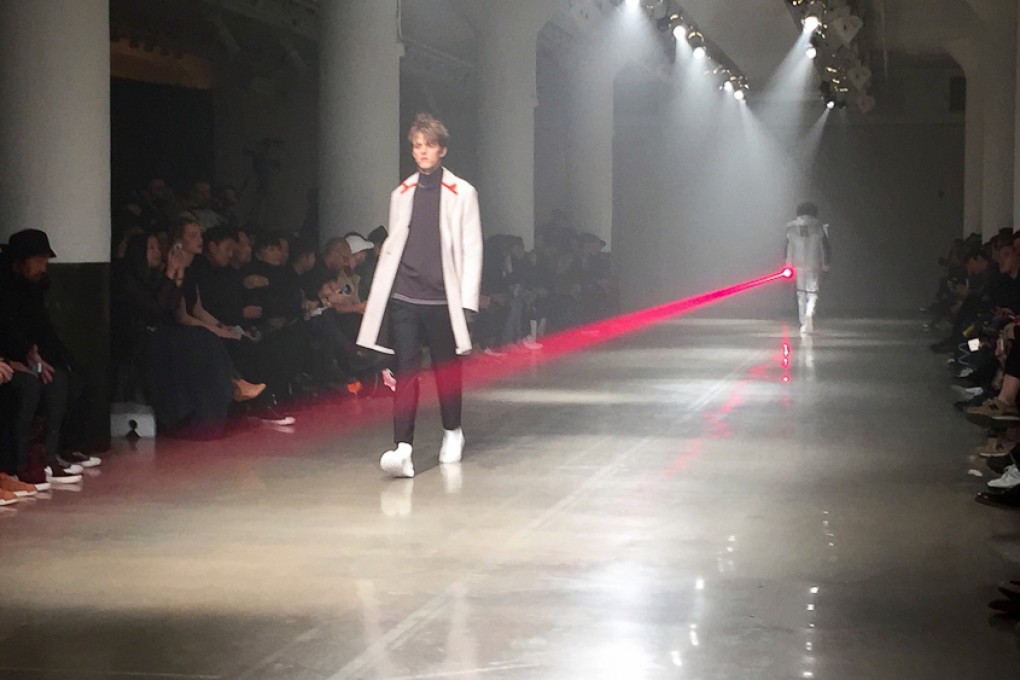 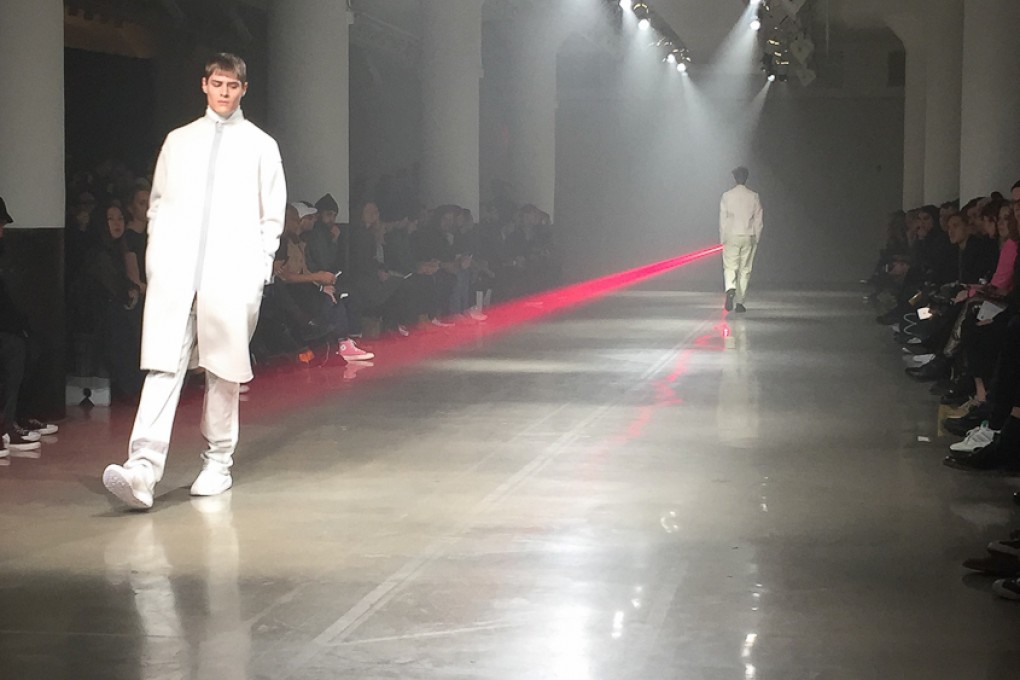 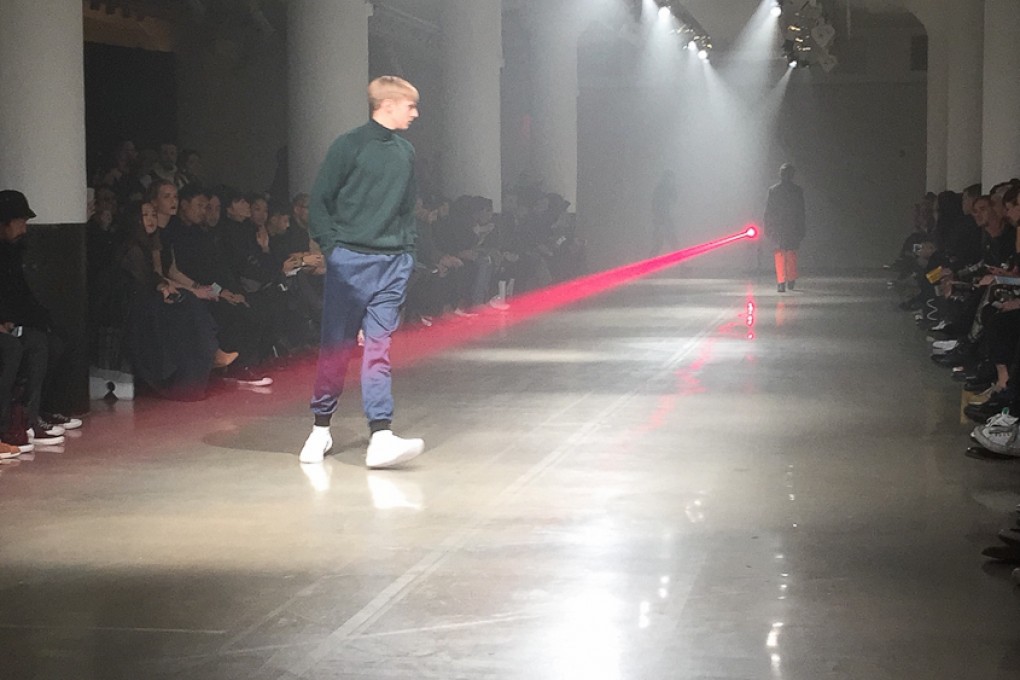 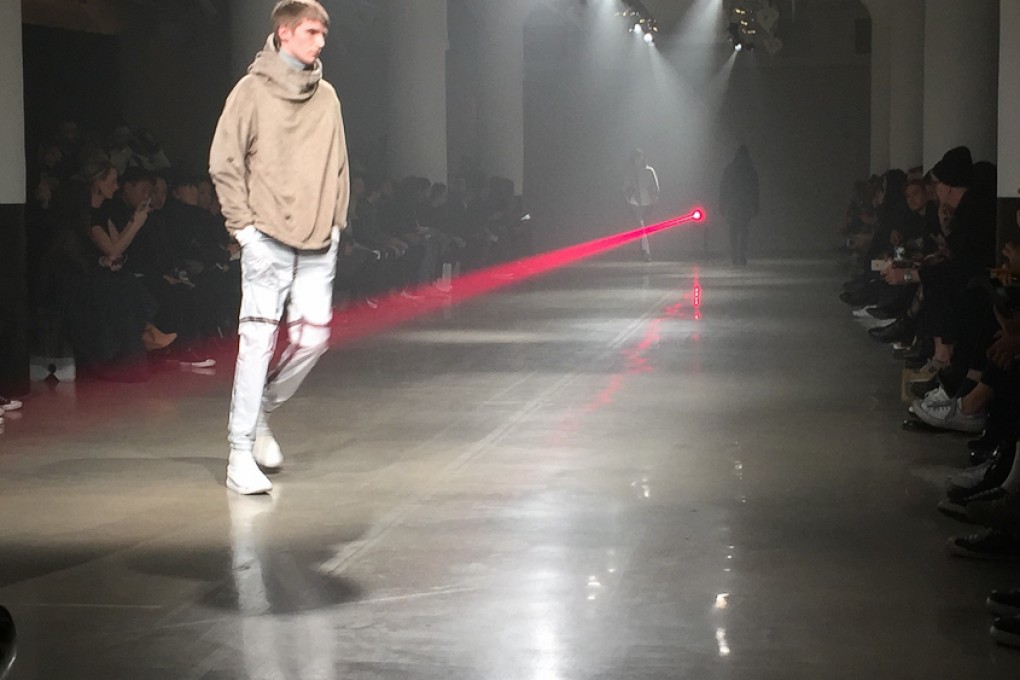 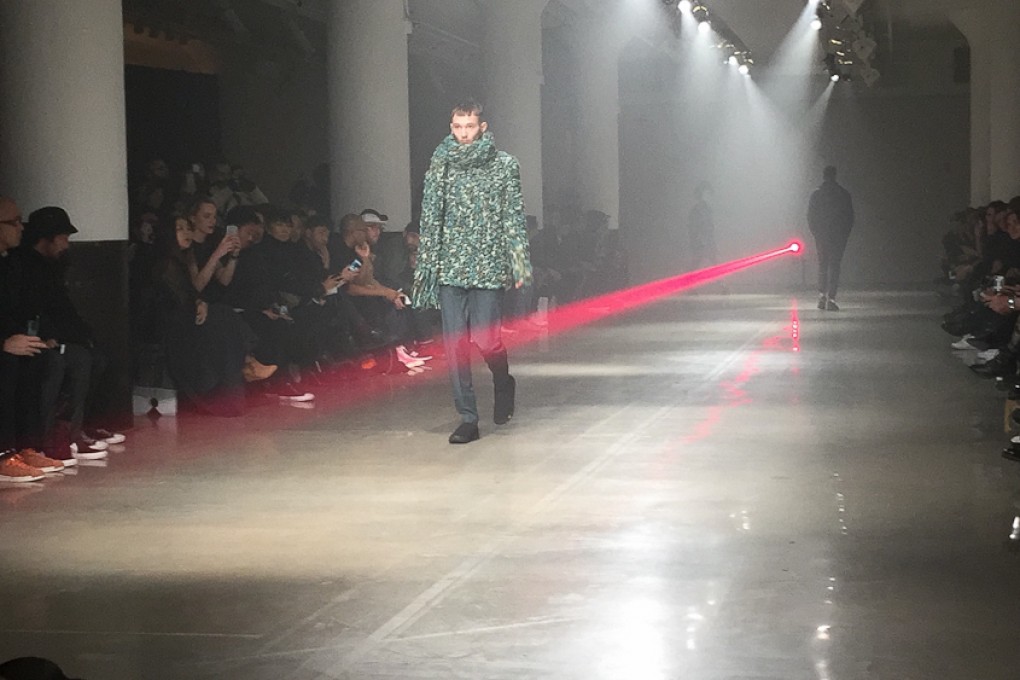 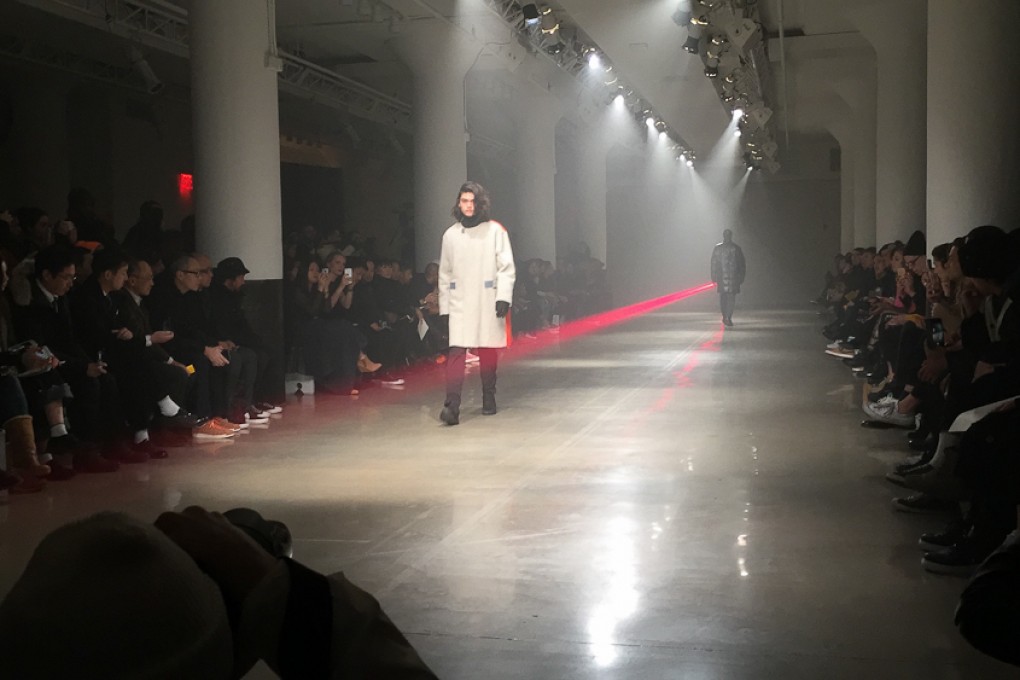 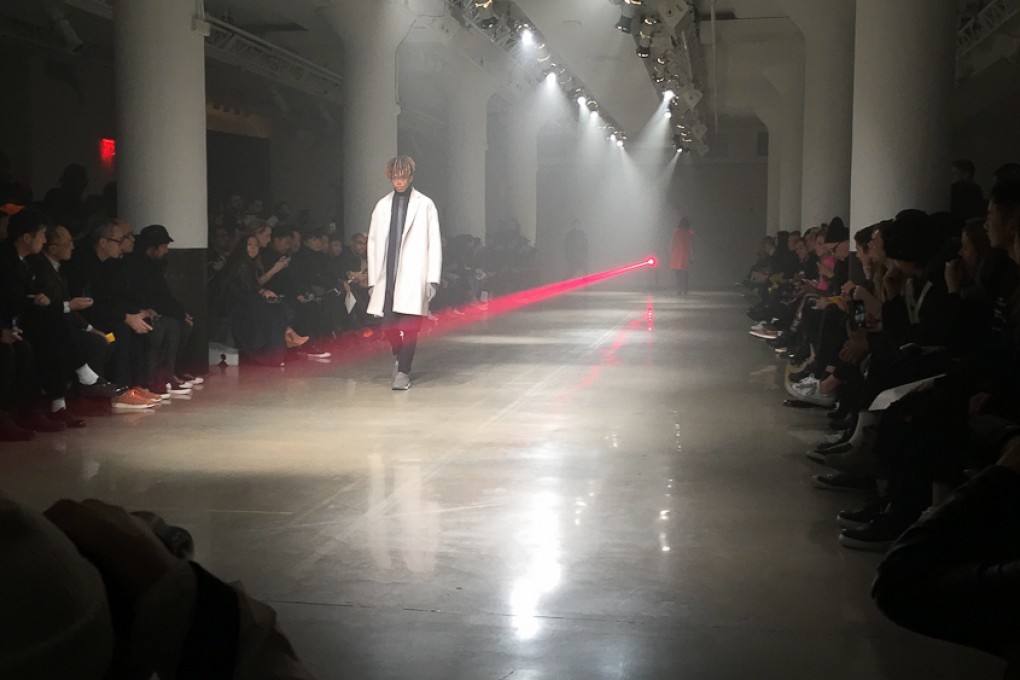 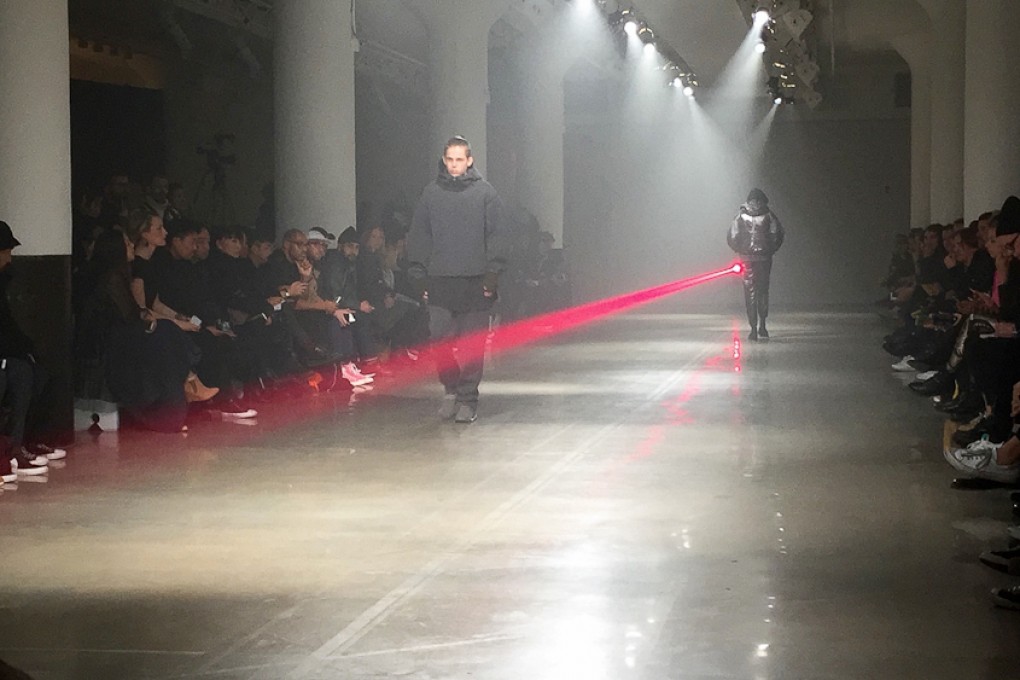 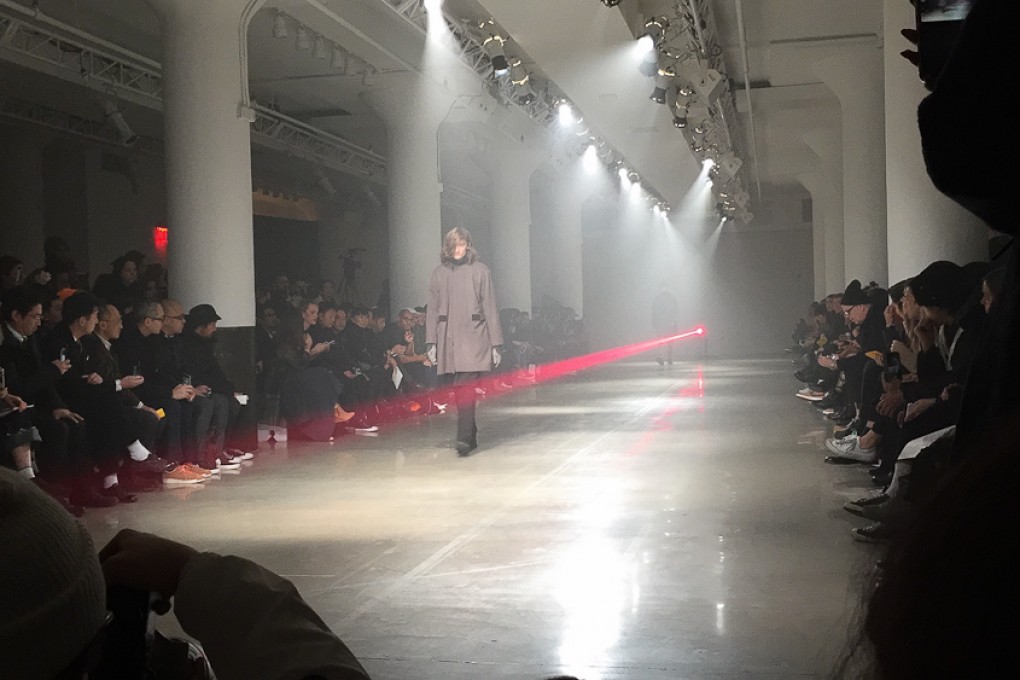