TRENDING
Go to DASHBOARD > Appearance > Menus to set up the menu.
Navigate
4816 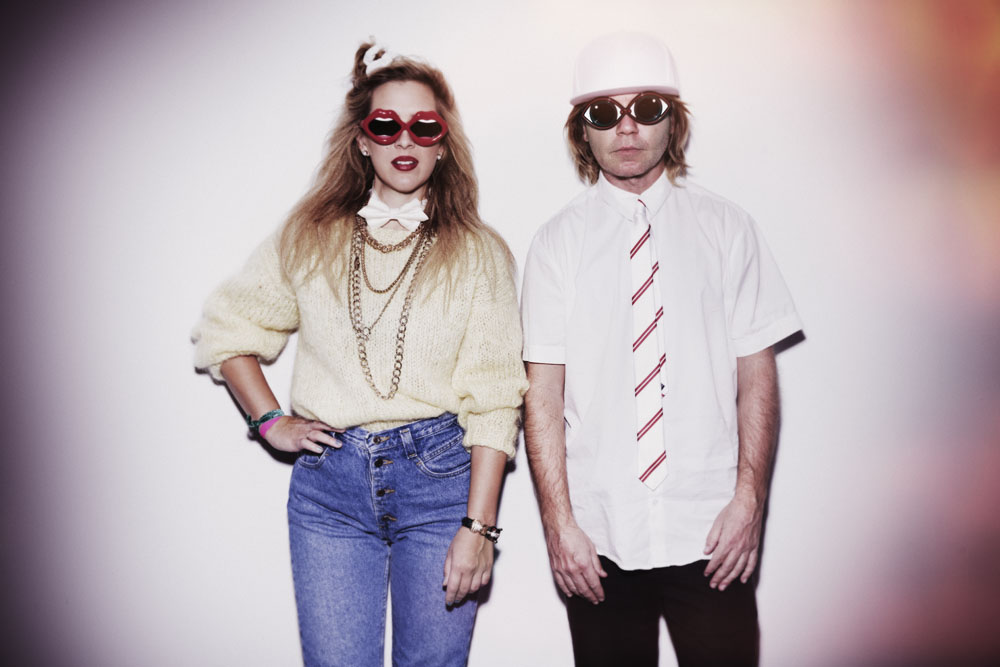 “Our household is our Republic; our politics is our appearance.”
— Anna Maria Lenngren

Malin Dahlström and Gustaf Karlöf are political romantics. After speaking with them over Skype, it became clear that they are some of the most empathetic and kind people in pop music. They don’t want to be considered political, but sometimes their opinions can’t help but bleed into their art as humans just trying to talk to other humans, a spirit rather than a manifesto.

The duo’s new album as Niki and the Dove, their second, is constantly in a battle with the cruelty around us, choosing hope instead. Their influences are many, pulling from American music and 18th-century Swedish poets. The album, Everybody’s Heart Is Broken Now, comes a full four years after their 2012 debut, Instinct, and it feels like an entirely new kind of melancholic pop. On highlight “Pretty Babies”, Dahlström sings with her unparalleled voice, “All you pretty babies / You’re the future’s promise / Unclouded by the prejudicial eye”, then “Go change this world for the better / Before it changes you”. The duo seem to feel like it might be too late for them, but they see hope in the future, as long as you’ll dance with them.

How did you guys meet and get the band started?

Karlöf: We were in the same group of friends, all musicians, and that’s how I met Malin. We hungout and played music together in different settings in Gothenburg. After a while, she played some songs to me, “DJ Ease My Mind”, and I liked it very much, and that’s how it all started. After that we tried to sit down and write new music together and that was quite new for us, neither of us had written music with someone else before, so it was a pretty big step for us. Five songs later we had this band, we realized.

Did you find working together easy?

Dahlström: Yes and no. Yes because we obviously continued and got something out of it, but we also had terrible fights in the beginning. Lots of arguing, passionate feelings about it. It could be about anything, we have very strong ideas. We always think we’re right until we prove to each other we’re not. It’s not like that anymore, we have found a way to argue better.

Can you tell me the biggest strength of the other in the band?

Dahlström: He’s fantastically creative, he has so many ideas going on at the same time, a brilliant mind. So many ideas, sometimes I have to stop him before he changes something.

Gustaf: I have more trust in her opinion than in my own. When you write a song, you’re in the details and forget to zoom out. Malin does that and feels the end product, the bigger picture.

Were you afraid to change your sound too much on the second album?

Dahlström: We felt no pressure at all. We wanted to change completely. That’s what we decided very early on. You can’t do it right away, you have to marinate yourself in the idea, so I guess that’s why it took so long. We’re also kind of lazy. But we’d been making music in this kind of way for so long.

Karlöf: When we started writing music, we said we must do it from the heart and the truth. Therefore we don’t feel the pressure because we don’t care what other people think. Of course we’re very happy and humbled by people that enjoy it, but you’re on dangerous ground if you think about other people when you’re writing the music. We try to free the mind.

Dahlström: It’s another thing to feel sorry when people that like you don’t like the new music. I know what it’s like when a band I like does something really different, and I know the disappointment. There was more of that, but that’s the way it has to be.

You’ve spoken about the lyrics being in response to a general loss of caring and empathy you’ve felt. Can you tell me what you meant by that?

Dahlström: Well, that is largely in the song “Play It On My Radio”. There has been some kind of change in the rhetoric environment. Rhetorics can be trending, at some point everyone is saying the same thing. Suddenly it’s there. The greed is growing fast, and with that comes a lot of bad things in its wake. When you start pitying yourself, and you feel that you are the one with the most to complain about, you start to become selfish and you can’t feel compassion. It’s a multilayered experiment on lyrics, that can mean more than one thing. It can mean the loss of craftsmanship in music, but at the same time, it’s about our world. We need leaders who don’t speak of despair and collapse, to say something new and not dystopic, to believe in people and that we can work things out. People are afraid. The song is our call to people with power to use their forum a little bit better.

You’ve also mentioned the rise of racism in Sweden being on your minds with the record. How so?

Dahlström: With the self-pity comes the selfishness, which leads to xenophobia. It’s an ongoing spiral.

Do you think of your music as political?

Dahlström: If this is political, then yes. But it’s not the way we look at our music, we’re not a political band. At the same time, if you don’t react, you’re too introverted. We felt we had to comment, but as human beings, not as someone on the left, right or centre, that’s uninteresting. We see it as well as you do.

Dahlström: We don’t want it to mean just one thing. To us it means a lot of things.

Do you think art can have a real political impact?

Karlöf: Interesting question. I think the purpose of art should not be political, even if in some ways it could have political results. The most important thing with art is to enhance communication between people, to connect with others and say we are from the same place. We have our losses and our gains, our love and our hate. Good art can communicate that. The political can come on top of that.

Dahlström: I think art runs on a deeper level. It’s more profound. When you say politics, I think about parties arguing in the Senate. That’s something we have to do, we have to choose carefully who runs and governs, but that’s on a practical level. Art touches you differently.

One of my favourite songs on the album is “Pretty Babies”, and it feels like it’s saying it’s too late for you, but you’re also hopeful about the next generation. Can you expand on that message?

Dahlström: I’m so happy you like it, because I fought for that song to get on the album because some label guys didn’t want it to be there. Lyrically, it’s a homage to a feminist poet and writer from Sweden, Anna Maria Lenngren, from the 18th century. She has written a very famous poem in Sweden called “Some Words of Advice For My Dear Daughter, If I Had One”, which is a very witty poem where she criticizes the way of the world and how it’s a man’s world, part of our history. I wanted to write something similar but for our time, but I wasn’t as witty as her. I’m a feminist. It’s always there, I think about it, it’s in my songs.
[spacer] 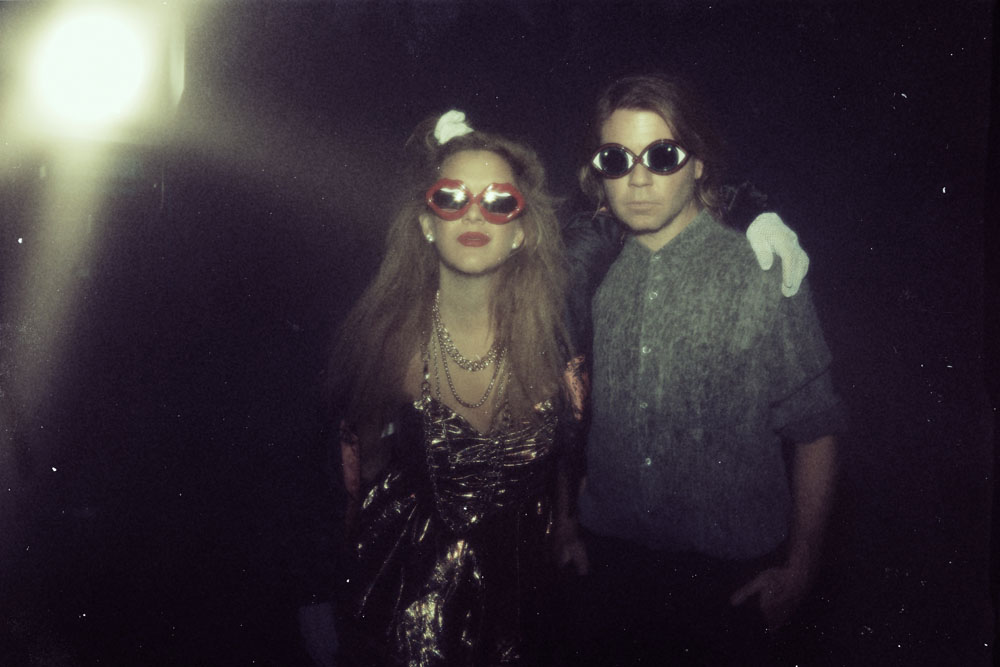 [spacer] Your sound and aesthetic feels inspired by the 80s. Do you have any opinion about why those sounds might be appealing right now?

Karlöf: The music turns out the way it is. We don’t sit and plan that it’s going to sound a certain way. We can hear these references when we’re finished. It just happens.

I hope I didn’t offend.

Karlöf: No, no, I agree in some way. In my personal taste, it sounds more like the late 1970s.

What did influence this record?

Karlöf: We listened to a lot of that late-70s music, we were influenced by the craftsmanship that existed then. It comes in the compositions of the songs. I have no problem with all the sampling of this era in hip-hop today, we’re influenced by them as well, but we wanted to avoid that and write in the way they wrote their compositions then. That was the challenge for us.

Dahlström: When you write melodies a certain way, people call it retro. When you listen to different music, though, it sounds retro but no one calls it that. There’s nothing new in it.

Karlöf: No one calls it retro with this guitar/Americana music that has nothing to it.

Do you feel like that’s because of pop music as a genre?

Dahlström: Maybe this is political in a way, too. You’re right, I don’t know if we should go into this but especially here in Sweden, pop music is treated differently.

From Robyn to Lykke Li and different producers, a lot of people would say the best pop music comes from Sweden.

Before I let you go, what is the cat samurai? [Gustaf’s Skype profile picture is of a cat dressed as a samurai.]

Karlöf: I found that and I felt myself connected to it. I have this nice surface, very strong, but the person inside is pretty weak and soft. It’s me. [laughs]