TRENDING
Go to DASHBOARD > Appearance > Menus to set up the menu.
Navigate
3277 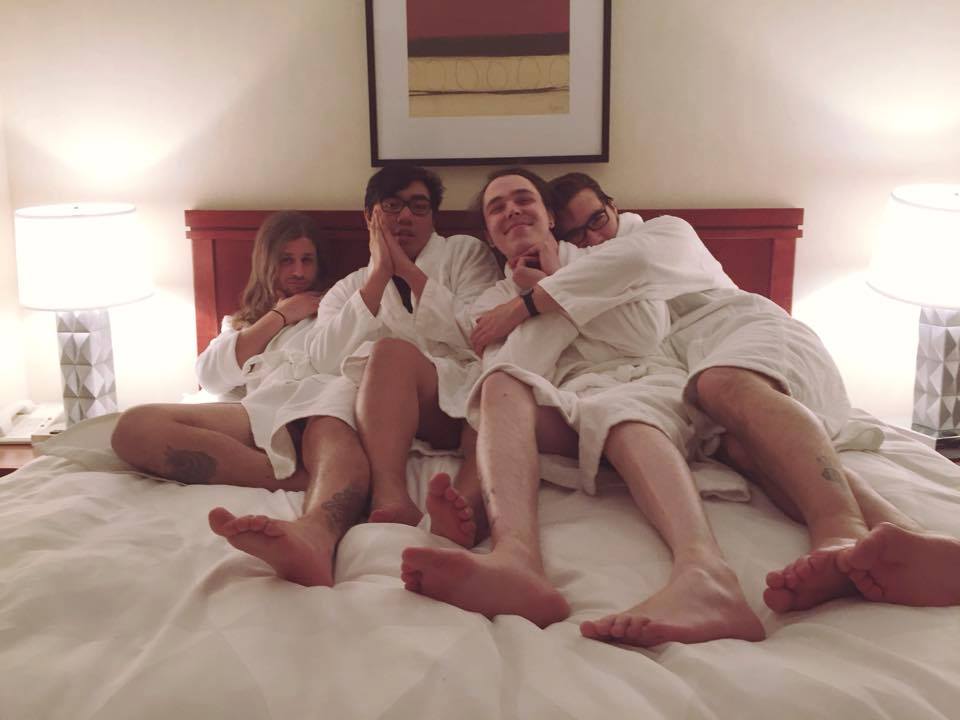 With a frantic, headbanging, hard partying sound, Acid Priest has already made an impact on the local Toronto music scene. The four-piece band hailing from Stouffville, Ontario has been around for less than a year and already they’ve accomplished feats that bands take years to do. Their first LP, Outta Control, was released in mid January, in March they toured southern Ontario with Ottawa locals Old Rules, and now on May 7th they’re playing alongside Monster Truck for Canadian Music Week. I just had to sit down with these absolutely insane guys and talk about how they got started, and how it felt to be playing CMW so early in their career.

JL: So how did Acid Priest get started?

Matt T: It started as a side project because I wanted to write fun party music. So I wrote that first song Splinter (at the time it was called Blue Serpent) and I got Norman to do vocals on it. At first we we’re screwing around with different vocal style because we didn’t know exactly what we wanted to do at first, but after using different vocal effects we kind of found that Acid Priest sound.

JL: The LP definitely has a unique sound to it, how did you guys write this album and how was the experience?

Matt T: We definitely didn’t trip real hard, go for a walk, and then come back and write four songs.

Kyle: We definitely didn’t do that.

Matt T: After writing those four songs we realized we didn’t want to put out just an EP, so we took some more time and came out with a full LP.

Kyle: It was kind of a process, it didn’t all happen at once.

Norman: We wrote songs as we recorded and they eventually became part of the final LP.

JL: Acid Priest is a pretty unique name, how did you guys come up with it?

Matt D: We entered the void and came out as Acid Priest.

JL: How does it feel to be playing in CMW and with Monster Truck at Dine Alone Record’s 10 Year Anniversary show after only being together for six months?

Matt D: It feels surreal. When we started out we joked about not playing a show unless it was outside of Canada or with Monster Truck, so it’s pretty insane to have one of those things happen. It doesn’t feel real that we’ve been invited to play Dine Alone’s 10 Year Anniversary Show and we’ve only been playing shows for the past two months. Like, what other band can say they got invited to do this?

JL: Who are some of the bands you guys are going to see during CMW?

Kyle: Death Cab for Cutie, Psychedelic Furs (I have no idea who they are, but their name is sick), K-Os, The Flatliners

You can catch Acid Priest on May 7th at the Horseshoe Tavern. In the mean time check them out on Facebook and listen to Outta Control on their bandcamp linked below.