TRENDING
Go to DASHBOARD > Appearance > Menus to set up the menu.
Navigate
2716 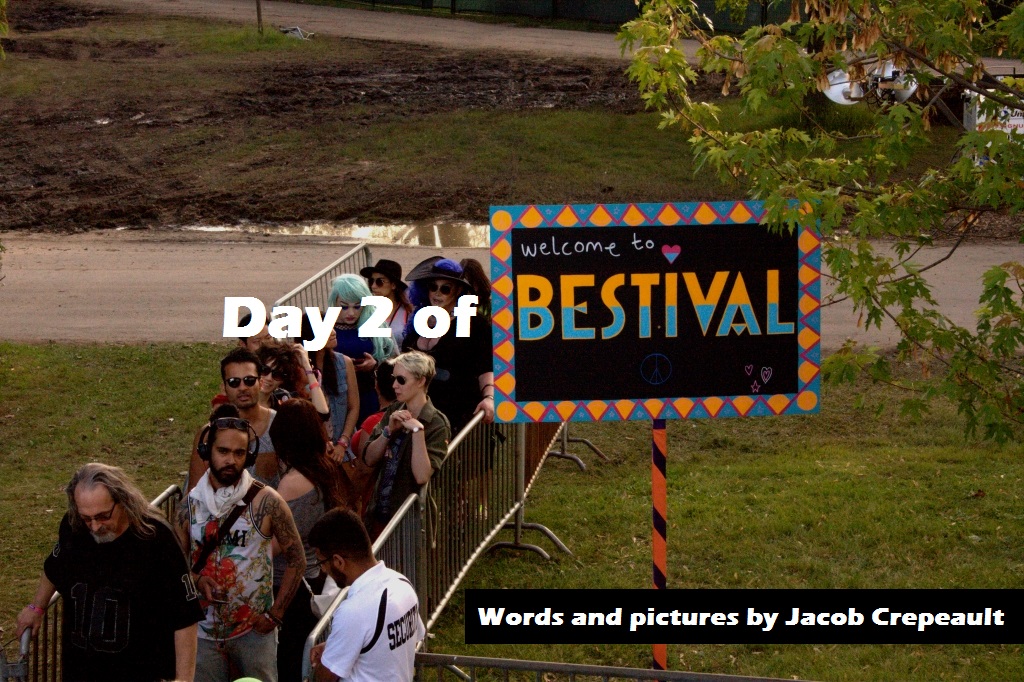 Just like that, Bestival is over. The island will go back to its original state, liberated of costumed free birds strutting their stuff to electronic bangers. I talked with a few of the festival goers about the overall appeal of Bestival. They indicated that the fest is very much like an amusement park ride, “You wait in a line for the ferry, the food, the events, and more. You don’t actually exist until you’re there”. That poses an interesting theory. To exist, to be relevant, you must embrace what you’re given, rather than stand on the sidelines watching life pass before you. At Bestival, no one is afraid of judgement. They embrace the moment and truly live. People dance in weird ways, dress in what they want, and be whoever they desire to be. The slightly-drunk Bestival patrons I spoke with may have been more philosophical than they intended to be.

The second day of Bestival was a bit of a mess for me. Arriving at the dock at what seemed like a reasonable time, I stood for almost 2 hours in the sun due to slow-moving ferries and endless performers pushing their way to the front of the line. Upon arrival, a woman in a red polka-dot skirt approached me. “You’re Jacob, right?” she asked, “Follow me”. I met with Lodewijk Fluttert aka Bakermat, one of the artists performing under the Big Top later that day. I conducting my interview in the quickest way possible before being ushered out within 5 minutes. One in, one out. These managers don’t mess around when it comes to press interviews. Oh well, it was an experience nonetheless.

In the background, I could hear Shamir Bailey‘s distinct voice shimmering through the muddle. I went to the Main Stage to catch the second half of Shamir’s set, one the finest shows Bestival had to offer. Though Shamir seemed a little stoic and unwavering while performing, it was the aftermath that struck me. He was a very friendly and down-to-earth person who embraced fame with open arms. He walked into the crowd and talked with them all, taking selfies and giving hugs to each one of them. Shamir is easily one of the best examples of someone who sees fame as an opportunity to reach out. 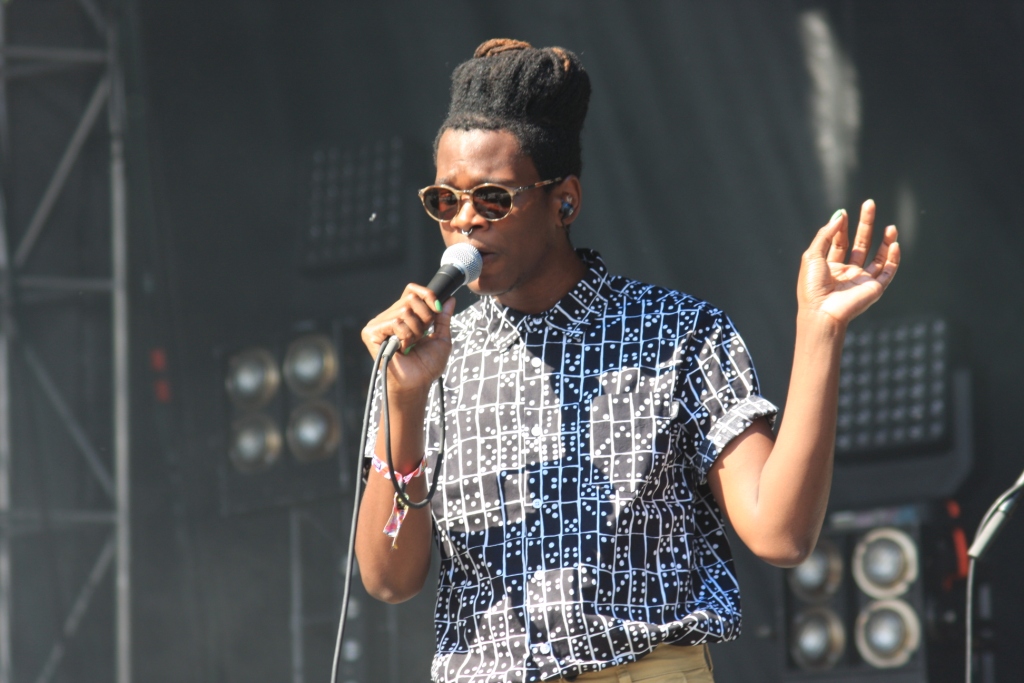 After Shamir waved goodbye to his entourage, I walked to the still-dazzling Bollywood Stage. Dan Snaith kept the crowd in check with his sample-driven vibes and upbeat sounds. Snaith was performing twice, once as Daphni, the DJ controlling Bollywood, and once as Caribou blowing away the Main Stage. I went to the Big Top to examine the rave taking place. Cashmere Cat began his set, mouth agape and eyes closed for the majority of the time. With my enormous camera around my neck, crowd members took advantage of the chance to be models. Two men asked for their photos and complimented me on my professionalism. One of them grabbed his phone, shoved it in my face, and graciously asked me for my Instagram account name. He seemed so happy to have his picture taken.

I came to the realization that the second day of Bestival was more about the people instead of the music. Fans were much more approachable and friendly the second time around. One large gathering of festival goers was during the Bestival Parade. I was leaving the Big Top and, no joke, ran right into the parade. Colourful people of every shape and size marched around, grinning from ear to ear. The parade turned itself into an impromptu dance party in a corner as people swayed to the beats. Bestival day 2 was a celebration of the people who made it possible. Without people to attend the festival, what would be the point? 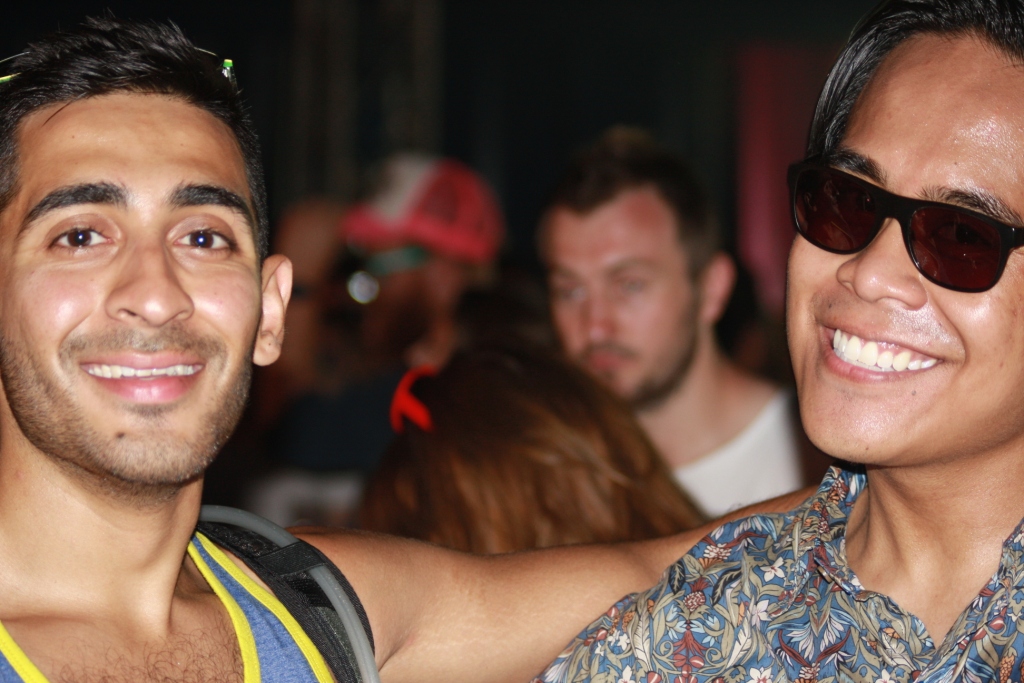 Returning to the main stage, I stared in awe at the majestic violin-playing of Owen Pallett. His precision and orchestration throughout his show was unlike anything I had ever heard. The performance of songs in a live setting sounded even better than they did on record. Next up was Banks, late to her set, but stunning in terms of her soaring vocals. Banks, though not overly theatrical, drew a huge crowd to watch her swing around on stage. It was an impressive way to end the day. Unfortunately I couldn’t stay for the two final acts, Caribou and Nas, as I had to be back to shore at a decent time.

Bestival Toronto was a very memorable experience that I hope to return to next year. Bakermat, the DJ I interviewed, told me that this festival has a very “Amsterdam vibe to it”. He thought it was the best kind of crowd he’s seen. People have an excuse to make a scene and no one will tell them otherwise.

Check out the photo gallery below for all the fun that happened on day 2 of Bestival: